Today is my first non-vacation day being a stay-at-home mom (to be).
So far, so good. But it is only 9am.

But now I can begin doing that thing I've been itching to do for months: nest.
I have a whole, big, empty babies' room just waiting to be painted, filled, and nested. 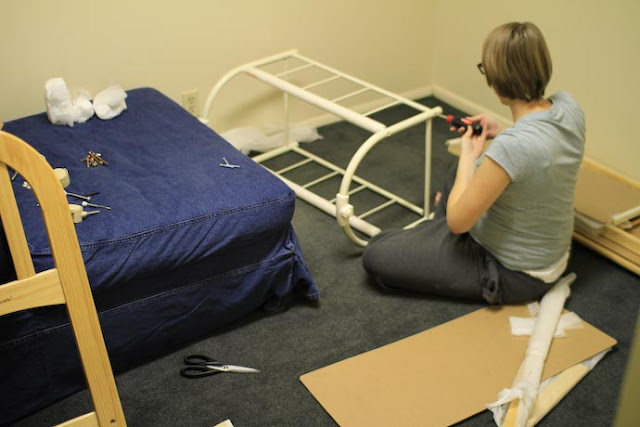 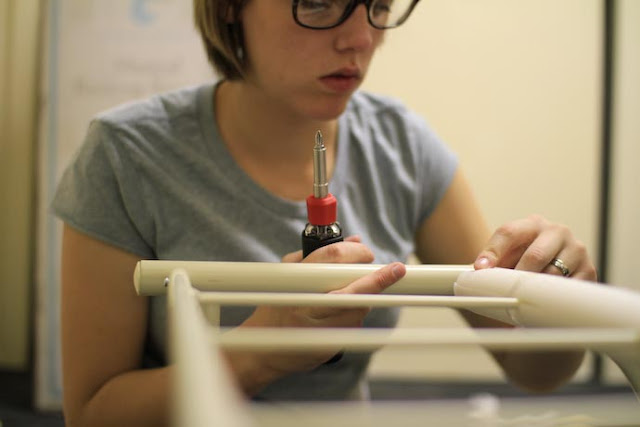 I began last night by building a bassinet.
It was a pain, but I feel satisfied with how competent I am.
Look at me, building things! 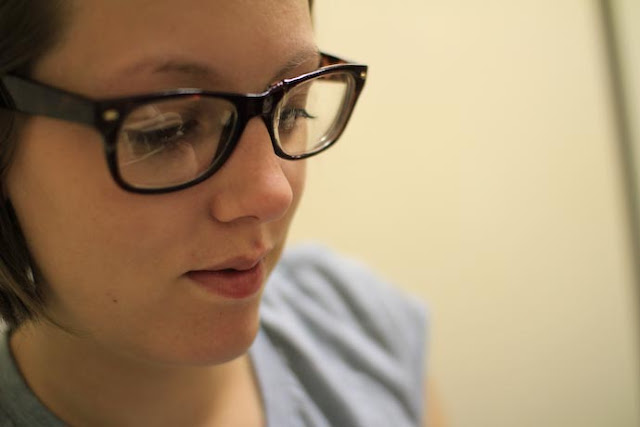 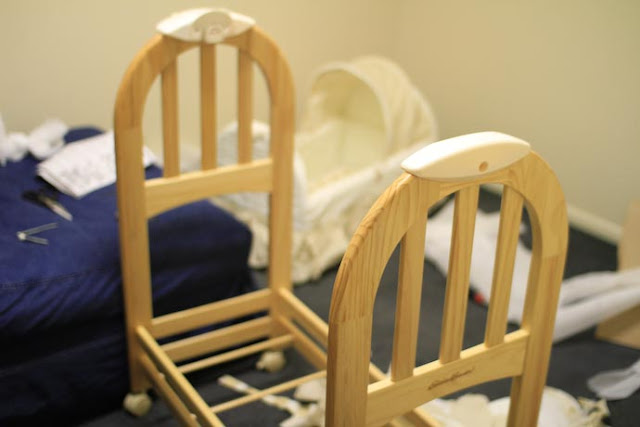 But I am not satisfied with the bassinet.

Since it's really tiny, and we wanted to stick two babies (at least temporarily) in there together.
Also, it's pretty girly, since it was my sister Kathryn's bassinet. 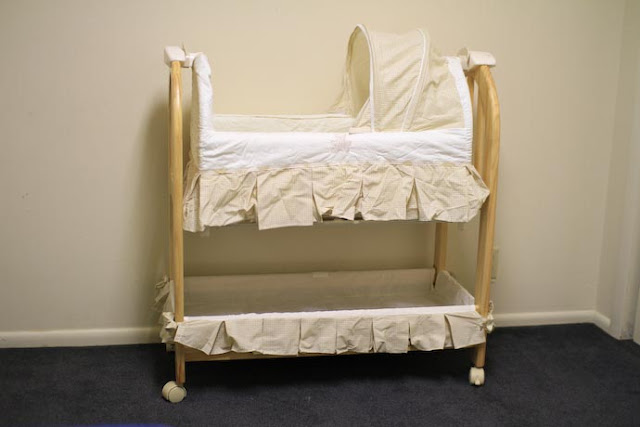 Obviously I did not (and should have) ironed the bedding on the bassinet, but I think if we end up keeping it up then I will make more manly sheets and ruffles.
Or at least more colorful ones, since ruffles are hardly ever manly.
Hope your weekend was lovely and your holidays were the bomb.
I might do another post today about how awesome 2010 was for the Pitcher family or how awesome 2011 is going to be.
Spoiler alert: It's going to be pretty freaking awesome. I can already tell.

so, on the subect of awesome, my cousin's three year old got these building blocks for Christmas and whenever we ask him what he's going to build he says, "Something awesome."

Looks like a bunk bed to me! I think you are all set!

Are you getting paid to blog now? You know with the advertisements and everything? Or am I wrong?

You can always die those cradle skirts manly color like blue or tan or orange or red, anything but pink and I don't think those look like ruffles, more like pleats, pleats are more manly than ruffles. Good job on the construction project tho, must be hereditary.

I agree with grandma, those are pleats and they won't look nearly as girly if they are ironed. I also was going to suggest dying the cover a more manly color. I guess we think alike. Way to go Becky, good job putting that together.

I am in agreement these are pleats and not ruffles..also I think you are underestimating just how tiny your babies will be...I am sure two will fit for taking pictures.


Oh and I lov ethat you're building things...and I am sure your dad appreciates it also!