Already it has almost been two weeks since my shower!
But I promised you pictures of my favorite gifts, and here are some.
It's hard to choose actual favorite gifts, since some gifts are going to be unbelievably useful, others are ridiculously cute, and many are really, really thoughtful - clearly the people giving them knew exactly who they were giving the gifts to. They were all perfect.

But several people took the time to not only find useful, cute and thoughtful gifts - but to make them!
So these are some of the handcrafted gifts that my very talented friends and family gave me and the boys.
They are amazing.

My friend Amy made these stuffed snakes and I admit, they have been played with more than any other gift I got, and the boys aren't even here yet!
Travis had our friends' 20 month old daughter laughing until she couldn't breathe with a game called SNAKE ATTACK! in which he threw the snakes at us and her and yelled "Snake Attack!" and then chased her around the room. We were all losing it.
It was pretty much awesome. 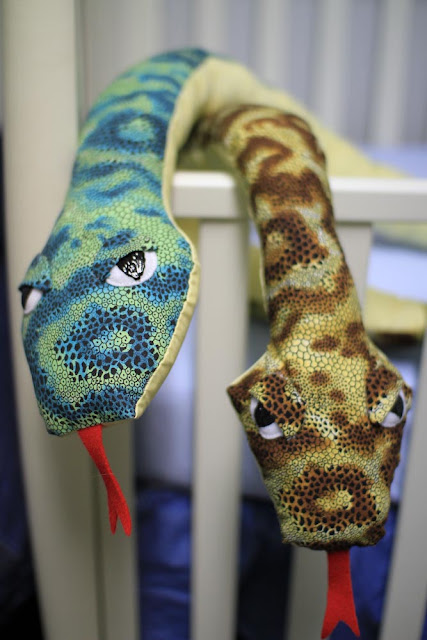 My friend Suzie made these fantastic little aprons, which I know won't fit the boys for awhile... but I want them to wear them NOW. I have all kinds of big plans that involve teaching my children to cook and craft - which Suzie knows perfectly well.
And if the boys aren't interested in making jam with me then these aprons will come in handy when they pull out the playdoh, right? 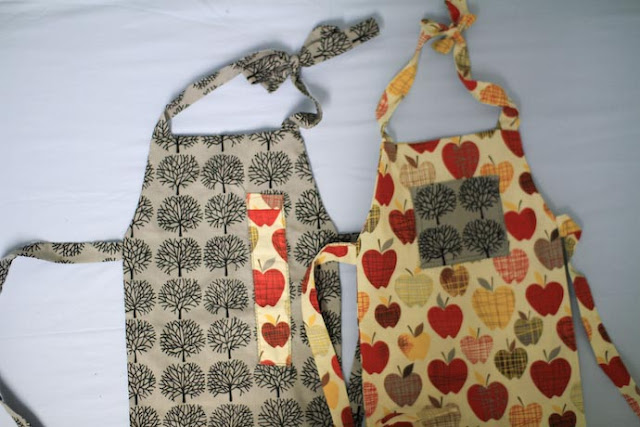 Anita made half a dozen of these towel bibs - which I know well from forays into babysitting are the best bibs ever. Especially since they're big enough that they'll probably cover my entire child - or at least their entire torso.
What use are bibs that only cover half your shirt and aren't super absorbent? Towel bibs: the way to go. 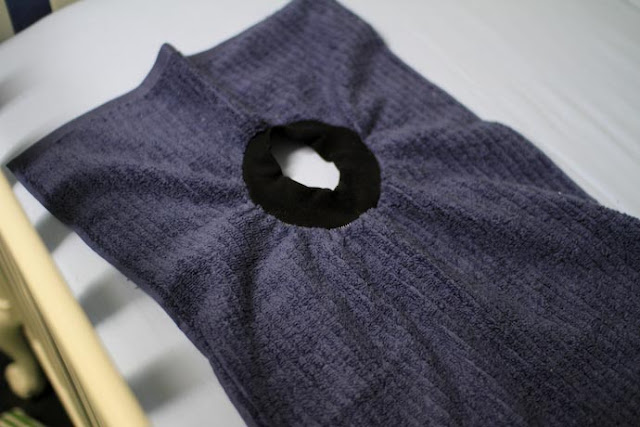 My sister in law Tessa made this portable changing pad. Just unvelcro, unfold and viola! a very school-spirited and poop-resistant place to change a baby's diaper.
And, if you're wondering- she used vinyl table cloth fabric for the inside. Ingenious! 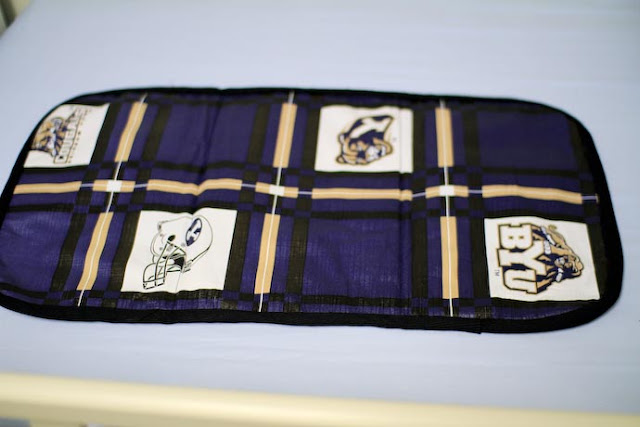 My mom and sister Mary hand-dyed dozens of white cloth diapers to blue, green, and red and sewed fabrics down the center for the cutest burp-rags ever! These will come in especially handy if we decide to use any prefold diapers, since we'll be able to tell what goes on the babies' faces and what goes on their butts...
That is an important thing to know. 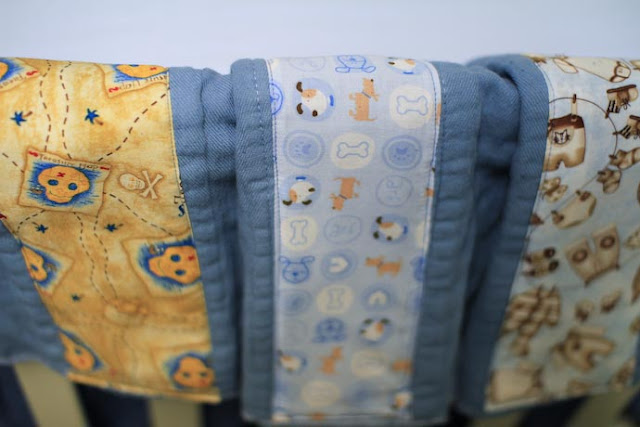 And last, but not least, Travis' mom made me several baby blankets, all of which are super soft and snugly. I can't wait to wrap my boys up in them. And yes, that blanket does say "I love Grandma."
Hmm... I wonder what her motives are here...
I especially love that there are two blue and two green, one of each for each boy. 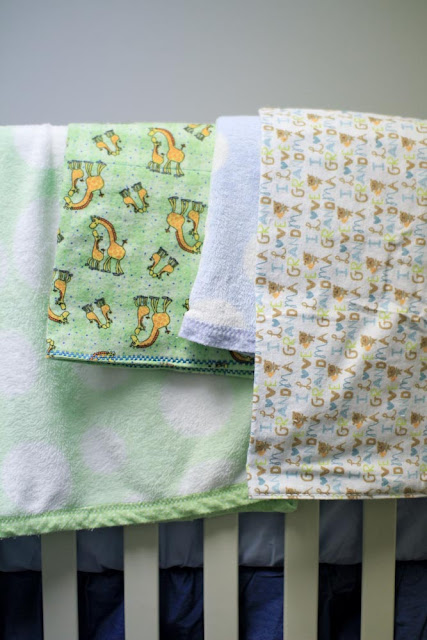 Such lucky little boys to have so many people who already love them.
And I'm such a lucky mama.

(oh, and if you are wondering what the baby blankets my grandmother's made for the boys look like you'll just have to wait. They get their own special post.) 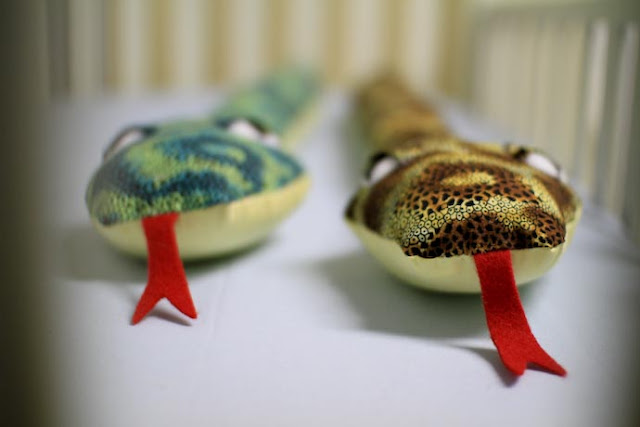 SNAKE ATTACK!
Posted by Becky Pitcher at 7:33 AM

ahhh! snake attack! snake attack! you know who loves that video the most? not her mom, not her dad...elliot. she loves to watch herself have fun! almost like she had been there!

Way cute! I love those snakes, they are awesome! And, the dyed burpcloths are great! I never thought of dyeing the diapers before adding the fabric down the middle ... I'll have to do that for a baby gift one day. Your boys are so lucky to have such wonderful friends an family.