I have that Beatles song stuck in my head:

Close your eyes and I'll kiss you,
tomorrow I'll miss you.
Remember, I'll always be true.
And then while I'm away,
I'll write home every day
and I'll send all my loving to you.

Travis is gone. He left yesterday morning.
"But wait," you say, "wasn't he just gone all last week?"
Yes.
"And didn't he only get home late Sunday night?"
It was practically Monday morning.
"Is he off meeting a secret family and a different wife with whom he has several children, because he seems to be gone ALL THE TIME?"
He better not be, and you're telling me! I am so sick of him leaving! 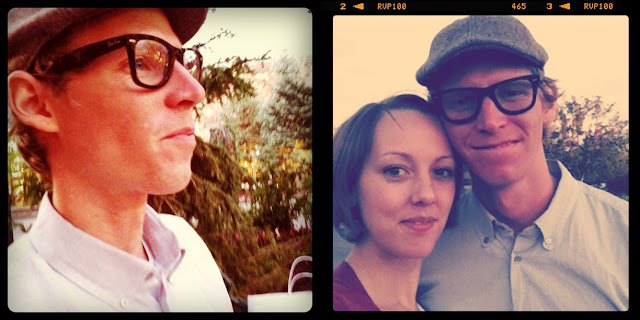 As anyone who knows me can attest, I am a needy, clingy, snugly wife and and completely pathetic and helpless without my husband around.
Seriously. A total mess.
And he's been gone 19 days in the last month.

Travis works a regular ol' nine to five job, as a filmmaker for a company called Unicity. (Although, since the twins have come they've let Travis work a few hours from home everyday, so it's more like a nine to two job. Which is da bomb.)
When he was gone a few weeks ago in Mississippi it was for Unicity, and when he was in Cancun last week it was for Unicity.
But Travis is also in the process of starting a super awesome freelance company called Good Line.  The dream is that someday Travis can quit his other job and just work from home (except when he has to travel) and the beauty is that with a freelance film business like Good Line, we could literally live anywhere and anytime he travels I could join him.
But the problem is that Good Line is actually much more successful than we'd expected, so Travis has a lot of work to do.
But it's not quite so successful that Travis could quit his other job and work solely from home yet.

So essentially, Travis works 9-5 for Unicity, 5-11 for Good Line and all night long for Mama Becky and the boys.
Except I also want him from 9-5 and especially 5-11, because evening feels like it should be our time, dang it!
But this week, Travis is out of town filming in California for Good Line.
And I tried to talk him out of going, but the people who gave him this job are also the people that paid for us to go to Africa, and we love them.
We want to stay on their good sides, because they'll always need film work done, and also -they helped our family get a leg up by giving us an amazing opportunity, so we want to do all we can to help them out.
So Travis is gone, and I am home alone and pathetic.
Although this week, as well as last week, I have had several completely amazing women come help me.
Bringing me food, spending the night and rocking my babies to sleep at 3am, cleaning my kitchen and babysitting while I nap.
Aka: being the kindest people ever.
And I really appreciate it, and literally could not have survived without them.
And yet.... it's just not the same as having Travis here.

I miss him.
I wish he was here instead of there.

Also, these crappy blurry pictures are from our date on Monday night. Since Travis was only home two days before leaving again we decided we needed a bit of alone time.
My sister in law Noelle and one of my best friends from home, Charné watched the babies for two hours! And since they both spent the night last week (as well as clocking countless hours helping me and Travis over the last three months) we were really confident that the babies would be well taken care of.
I only wish we had better documented the evening... although I've always been sure that the amount of fun is usually evidenced by the lack of pictures. (If you're having lots of fun, then you're too busy to pull out the camera!)

Anyway, last night was sad. Tonight will be sad. Friday and Saturday nights will be sad.
And Travis will get home on Sunday, which is Father's Day... but I already gave him his present because it's awesome and I'm really bad at keeping things to myself - like gifts that I'm excited to give.
I'll show off his gifts tomorrow in my iphone picture post.
And don't forget! Tomorrow is Fact: it is Friday. So think about a fact that you'd like to share, and grab a button and then link up!

Posted by Becky Pitcher at 8:03 AM

No comments all day? What's up with that? I am glad you love Travis so much and that you miss him when he is gone. It is fun to be married to your best friend. Love you