For the new year, Travis and I are trying really hard to organize/clean our house.
And we decided that it was time to move the boys back into one room. When we sleep-trained the boys (at 6 months) we moved Grey into the office / craft room / sewing room / spare room / storage room.
It was great. The boys learned how to put themselves to sleep, without having to listen to the other cry and figure out how to sleep, but now we need that room.
And we'd really like the boys to learn how to sleep in the same room.
So we moved Grey's crib back.
Their room looks like this: 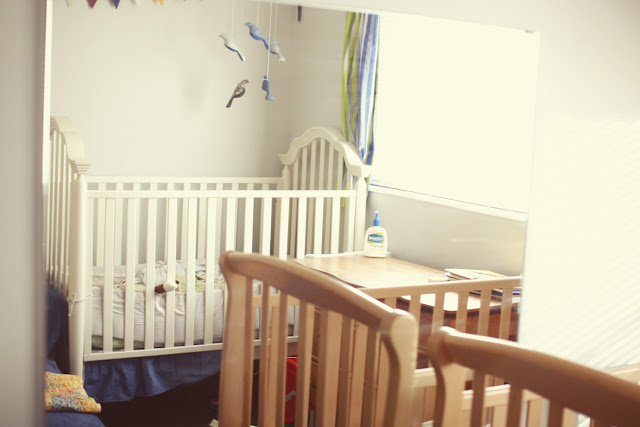 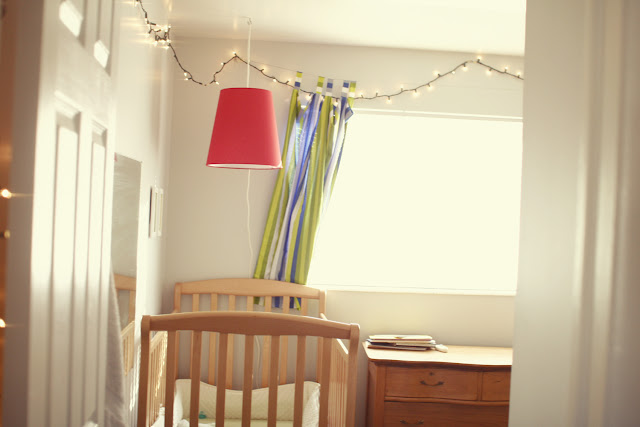 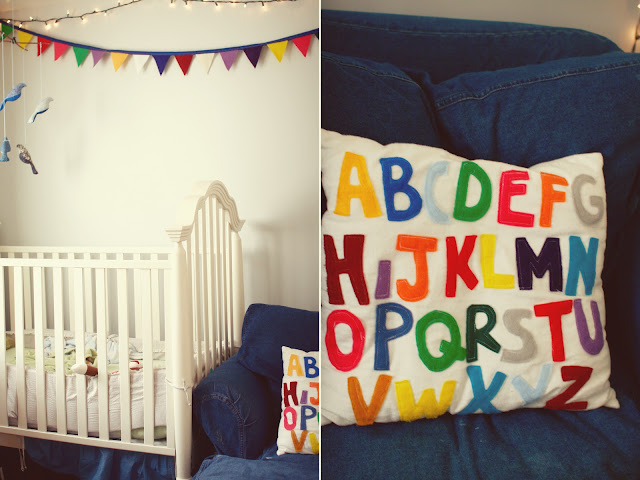 You can see almost everything I managed to make during my "nesting period" of pregnancy... before I got to big to sit behind a sewing machine. The banner, bird mobile, and alphabet pillow. I love them all. 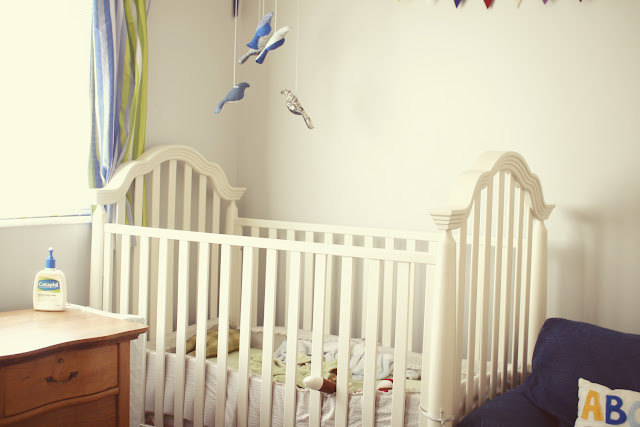 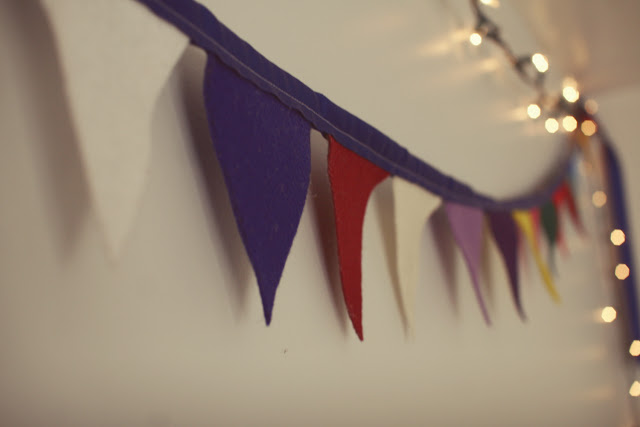 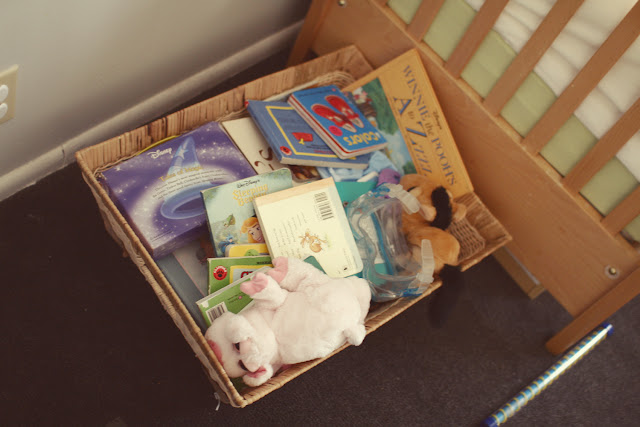 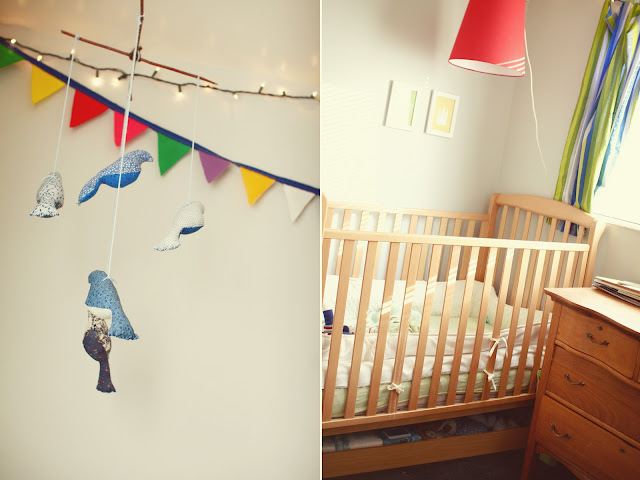 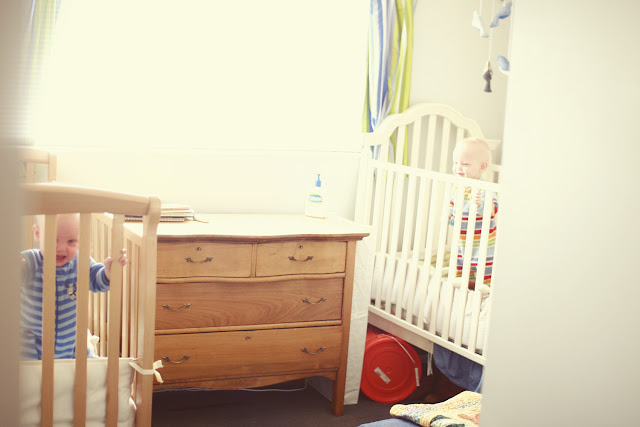 I love this picture, because this is what happened the first time I laid them in the same room. Grey started SCREAMING, looking from Micah to me, and I could almost hear him yelling "WHY IS HE IN HERE WHILE I'M TRYING TO SLEEP?!?!"
And Micah started jumping and laughing, and it was like he was yelling "You're in my room now? We're going to have so much FUN!"
It was hilarious.
After one rough day of nap times (they just wanted to sit up and talk to each other for an hour instead of sleeping) I think all is well, and they'll have no problems sleeping together. *fingers crossed*
Yeah!
So what do you think? It probably won't make any design magazines, but I think it's pretty cute!

So darling. I love all the handmade things! That alphabet pillow is too freaking cute.

I'm surprised that you still have the bumpers on! For our little Eliza, she used them as a step stool after pulling self up.

I love it! And the birds! Our Eliza also destroyed bumpers. We aren't even trying them this time!

I need them to help keep the pacifiers in! The boys won't take a pacifier unless they're really tired, but they find them in the middle of the night and without the bumpers, they'd all be behind the crib. (Most are anyway, though...)

Beautiful!! You really are talented. It's such a happy space!