You know we love the park. Eating wood chips, swinging, lying in the grass.
But never before have we braved the playground itself.  This was the first time that I was (semi) confidant that the boys wouldn't fall accidentally off the side of something, and luckily there weren't any other kids to get in our way or accidentally push someone down.
My boys get accidently knocked over by bigger kids A LOT, because they really want to be around other kids, and they can walk and hold their own. But they're so small that three and four year olds don't even see them! 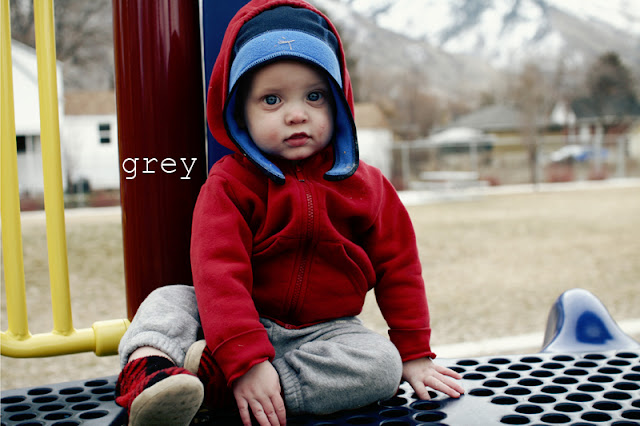 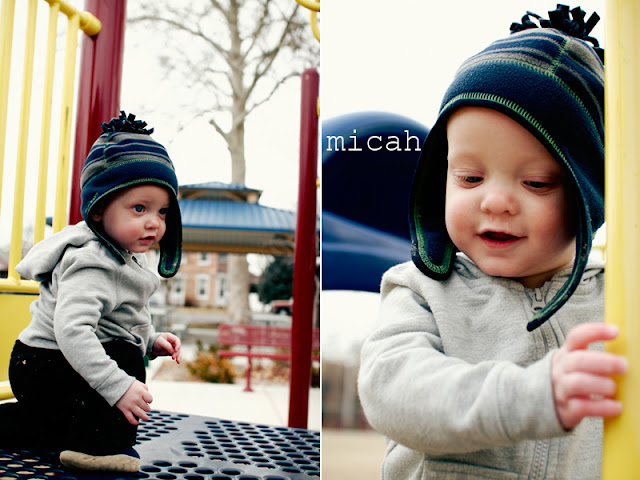 Micah was loving the playground, and after he realized how panicked I was about them falling, he would walk to the edge of something, yell "MAMA!" and then slowly pick up his foot and leeeeean forward, so I would have to run and catch him.
Little stinker. 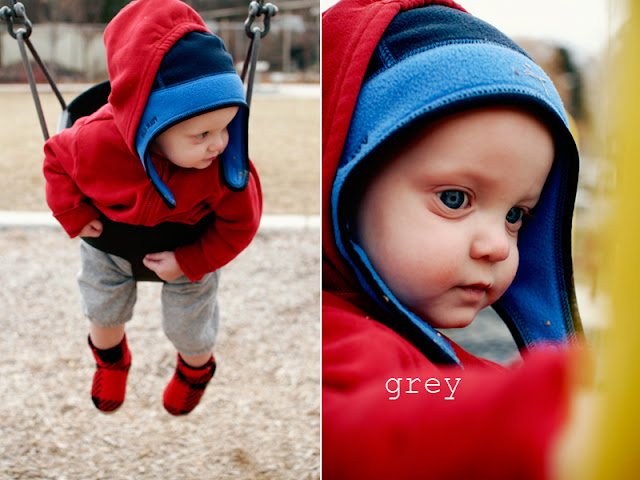 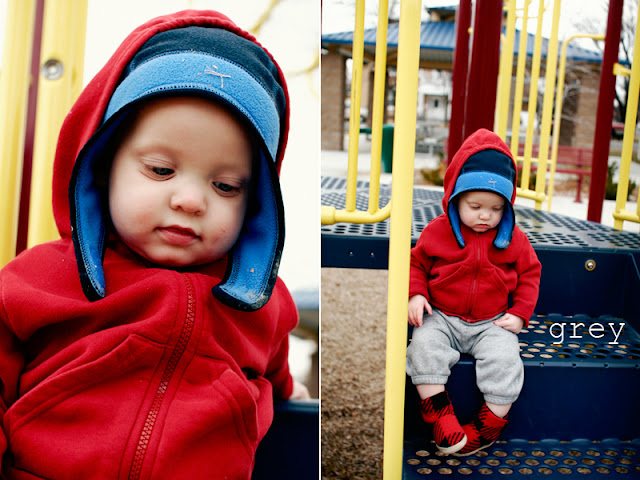 Grey, on the other hand, was very solemn and careful.  He wouldn't walk upright, but would crawl and crouch, being careful not to get too near the edges. 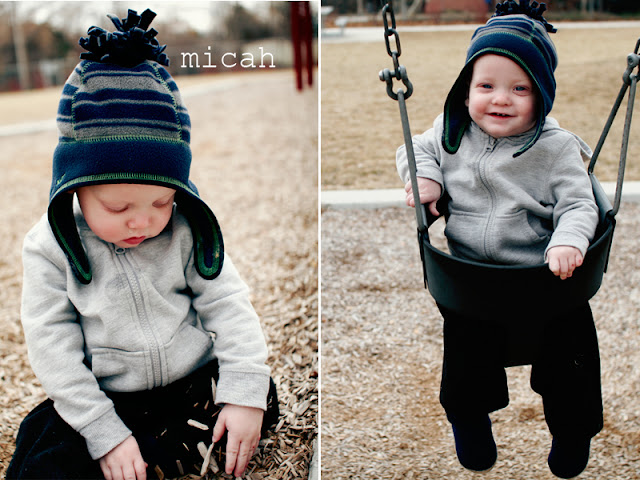 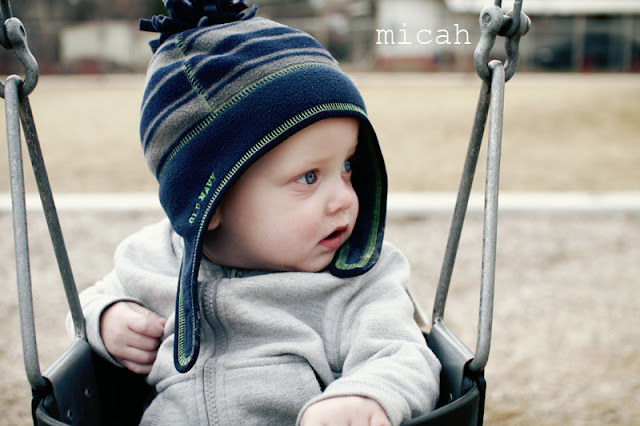 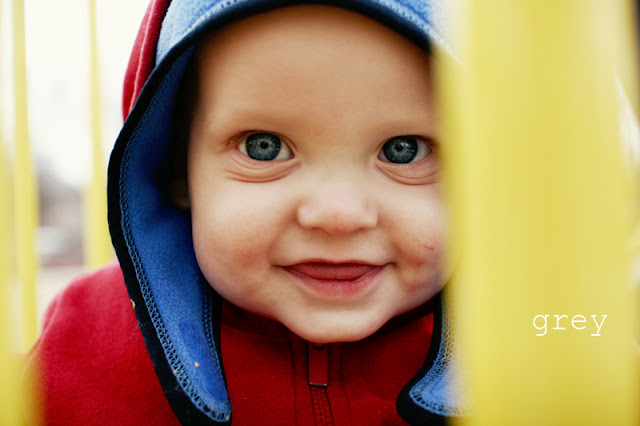 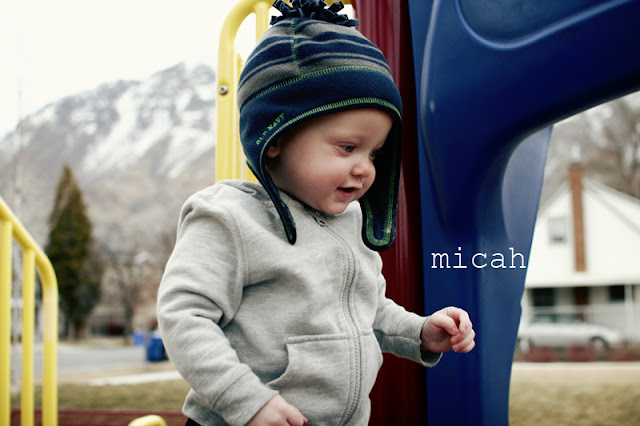 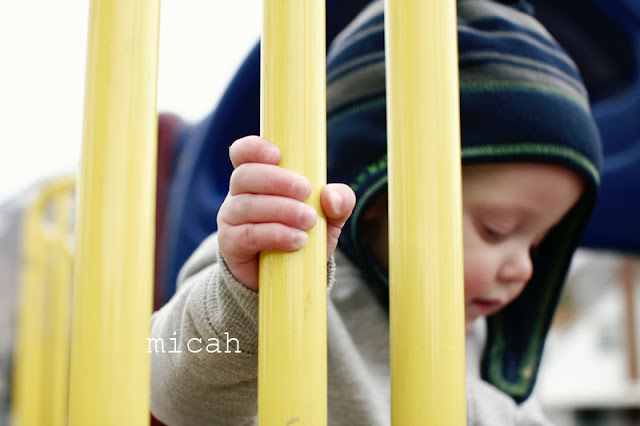 Ohmysweetgoodness.
They are too cute for words.
Click to vote? I noticed my number in the ranking spiked when Grey was in the hospital.
Must have been all those sympathy votes...
or else you guys just love some good drama.
:)

Posted by Becky Pitcher at 6:05 AM

Those pictures are adorable!!
Voted too. :)

Man they are too cute for words! Oh fer cute! I am sorry to say I forget to vote unless you say "don't forget to vote" If you can't count on your mom who can you count on? sorry. So glad to see the boys outside and smiling, they must be feeling better.

These boys are so cute in their little hats! I love the new look of your blog.

Good to see that Grey if feeling better.

Beautiful pictures!
That one of Grey smiling at you with the yellow pole in the foreground? Gorgeous.

You got some great shots here!
PS: I always vote for you!