The cutest way to save money

I will admit that when I decided to use cloth diapers, it wasn't because it saves money or is good for the environment, but rather because
1. It hearkened back to the good ol' days, which I have a habit of being nostalgic for, despite the Polio and lack of running water.
2. It seemed the trendy thing to do and all the other mom-bloggers were doing it.
3. But mostly because cloth diapers are CUTE.
The cuteness is 99% of the reason that I cloth diaper.
Or rather, 99% of the reason that I began. 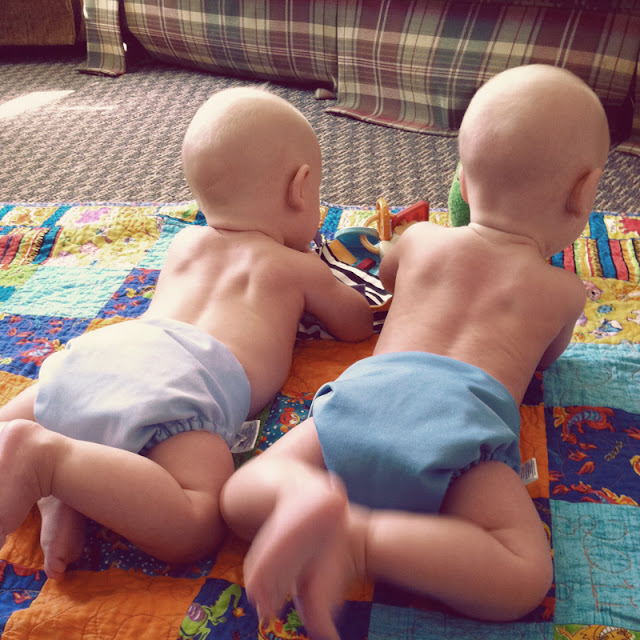 I currently have the smallest diaper stash known to man, and am in the process of convincing Travis that we need more diapers, but here's how we save money:
I have 11 cloth diapers (there used to be a dozen, but one got lost somewhere...?) which means that the boys go through 6 diapers every other day, then 5 diapers every other day. And I do wash every other evening.
So, we'll say we use 5.5 diapers a day.
In one week, that saves us 38.5 diapers. In one month (or four weeks) that saves us 154 diapers.
In 52 weeks, that saves us 2,002 diapers.
Over 2,000 diapers a year! 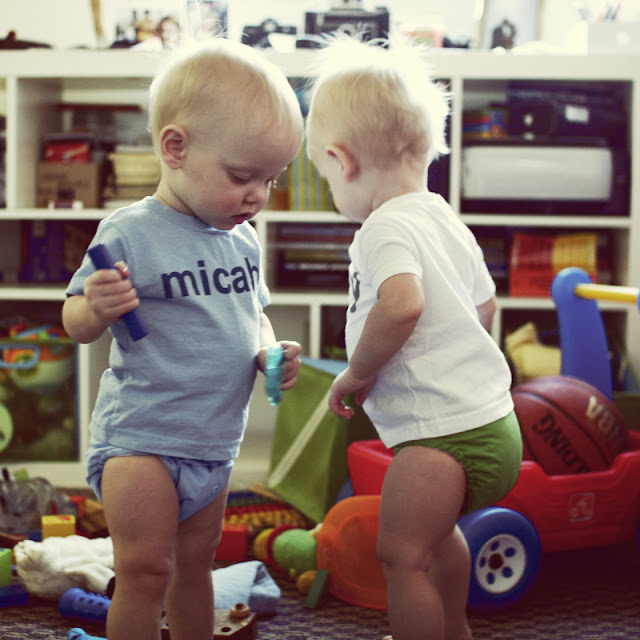 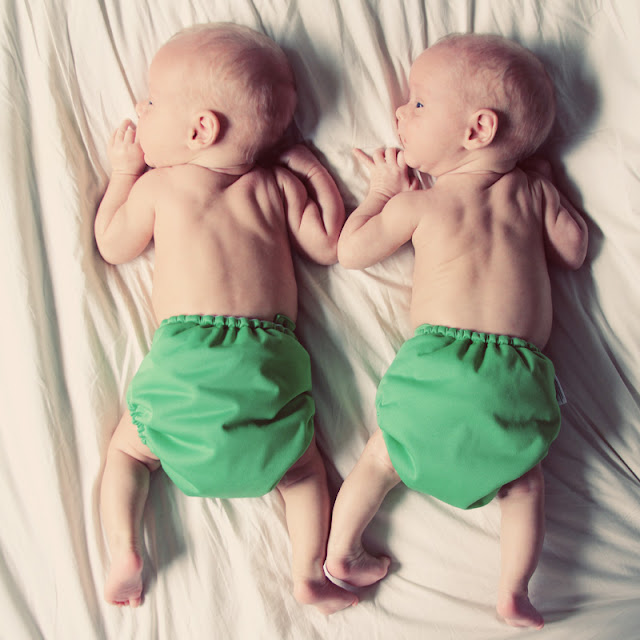 I bought all 12 of my cloth diapers (and they're the nice expensive kind) when they were on sale for about $120. (I don't remember the exact price).
We bought a diaper sprayer to hook to the toilet for an additional $14.
We don't pay for our own water (yay!) and I make my own insanely cheap laundry detergent, for probably 25$ a year (for all our detergent, not just for the diapers.)
If they use the diapers for three years, that's really only about 50$ a year (including detergent, sprayer, and diapers with the cost spread out over that time...)
So cloth saves us 365 dollars a year.
I've been figuring this math out as I go along (and you accountants and financial people can just shut your mouths about my poor math skills!) so that's about a dollar a day! 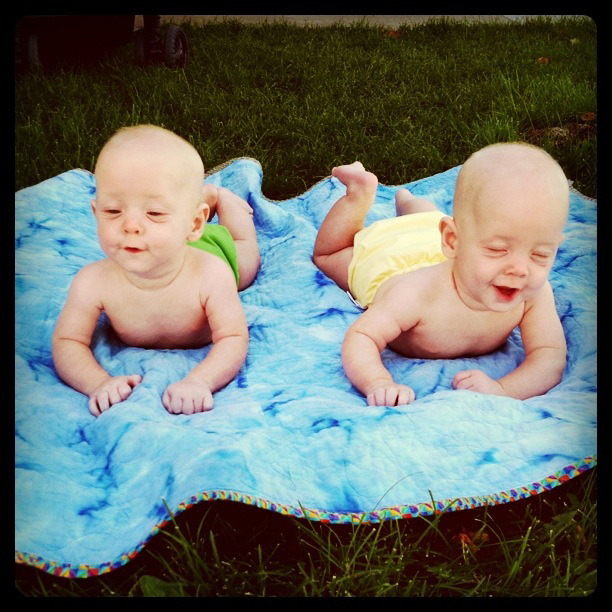 Posted by Becky Pitcher at 1:30 PM

Umm hi, I am stalking you and I hope that is okay (I always feel like I need to admit that...even though we all know every blogger does it. all the time.)

I am totally with you on why I use cloth, too!!! The nostalgia, and the cuteness, and for some odd reason I really find it fun.

Plus I am stingy. I mean cheap. I mean...frugal? So the money saving factor is a huge plus. I'm kind of hoping we'll end up with like eight kids (still convincing the hubs on that one..."take it one at a time!" he says :P ) and that my cloth will last through almost all of them. Because how awesome would it be to spend $200 on diapers total...ever?!

Anyway, you are awesome, I love your blog. :)