I had all these plans of trekking to the zoo and Scripps aquarium and wherever else with my boys, but what happened instead is this: we showed up at my aunt Kathy's house and were sucked in.
In a good way. So we went to visit the crazy Cinco de Mayo festival that Travis was filming at, and then we hung out at my family's house, and the beach. And that was that.
And it was lovely. 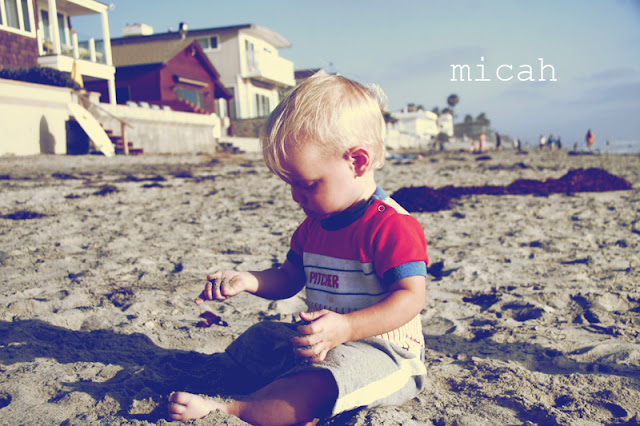 The boys LOVED the beach, that is, until the water came up and got Micah. Then he was hysterical and hated the beach and refused to be set down in the sand.
Grey was like, whatever. He just tooled around, burying his feet in the sand, watching the waves come up, and lying face down and licking up the salty sand.
No big. Whatever. 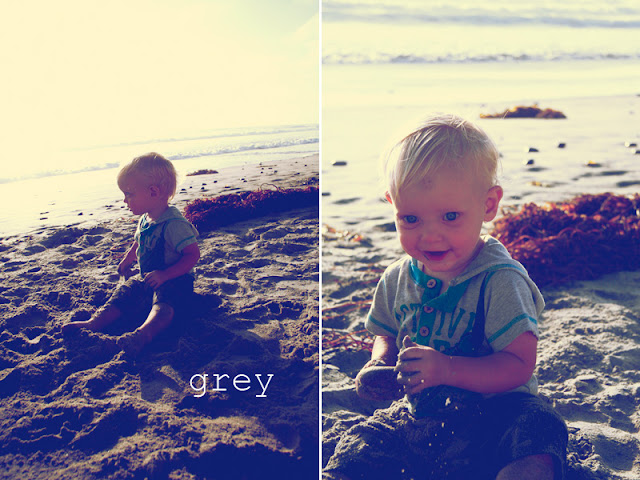 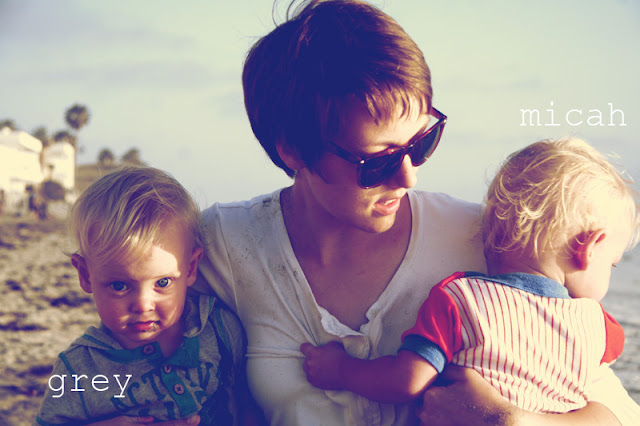 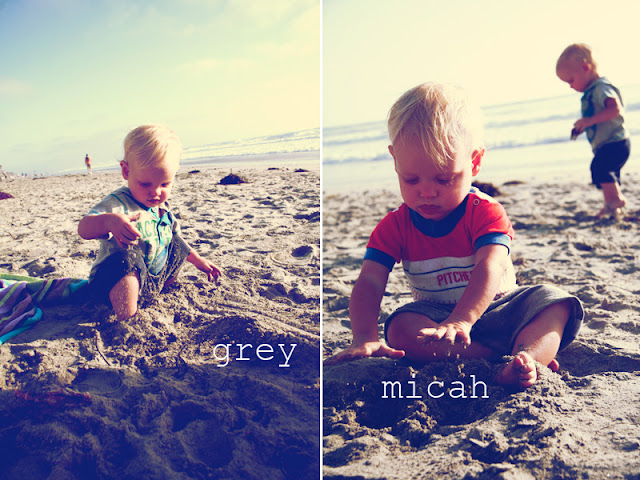 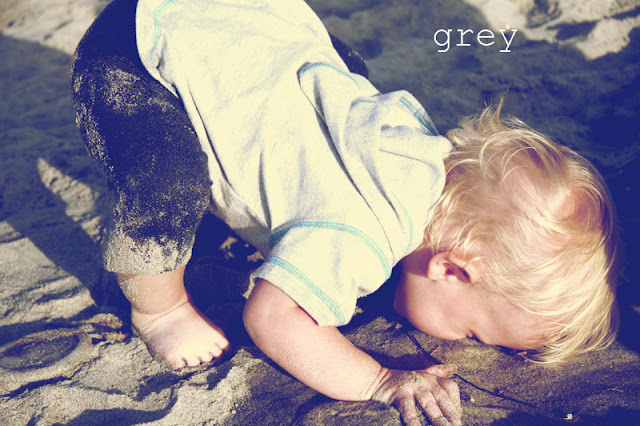 Eating sand.
He could not be stopped! Even when I set the camera down and made an actual effort to stop him, he was shoveling it in to his mouth. My aunt Kathy just said, "Well, they'll poop sand."
Yes, they will. 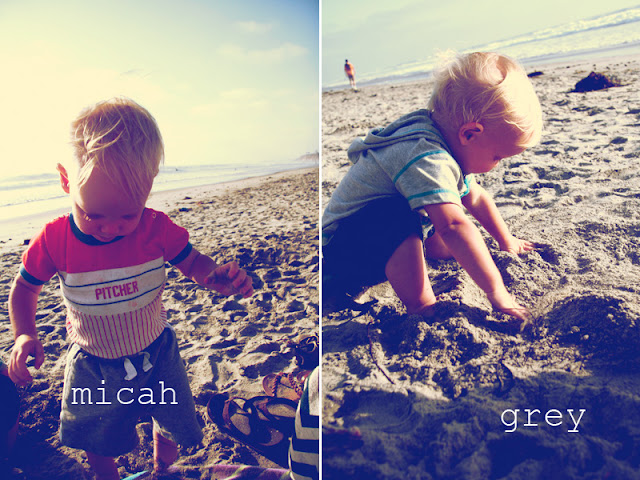 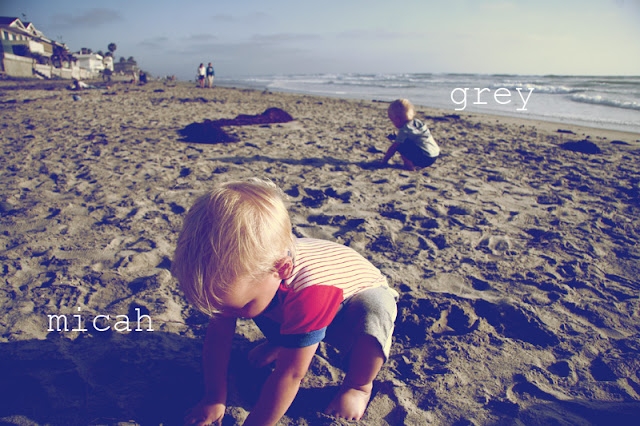 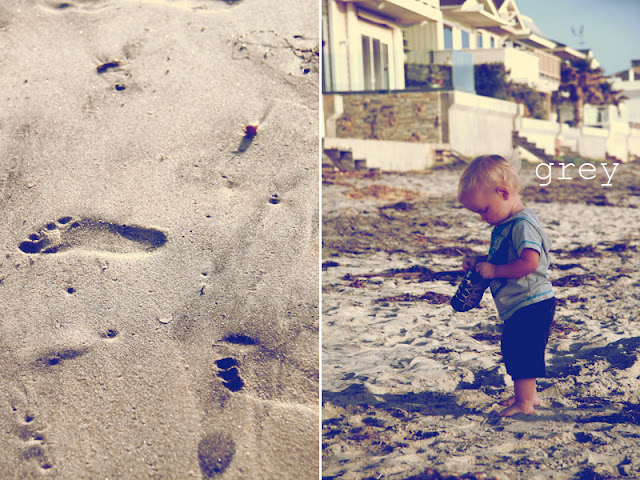 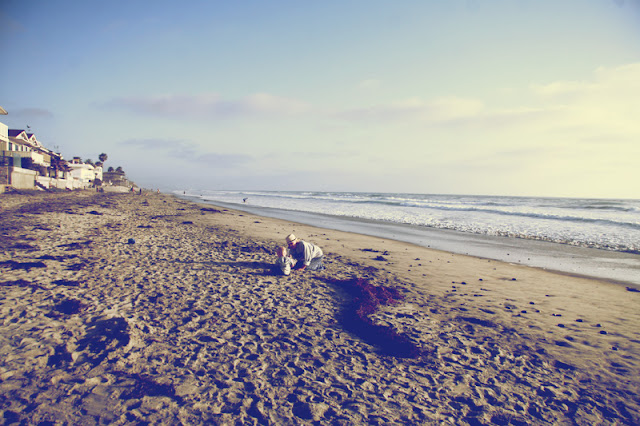 Grey and aunt Kathy, above. 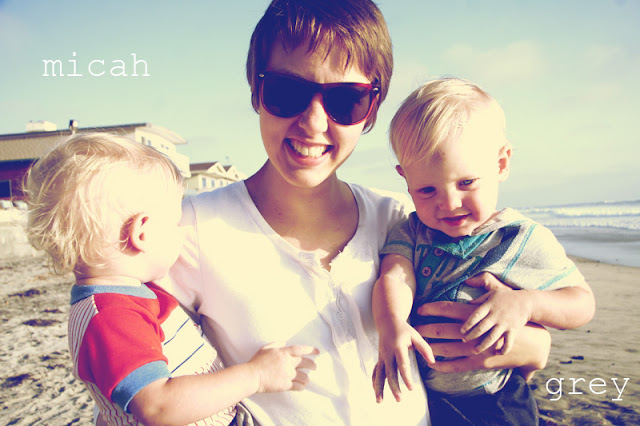 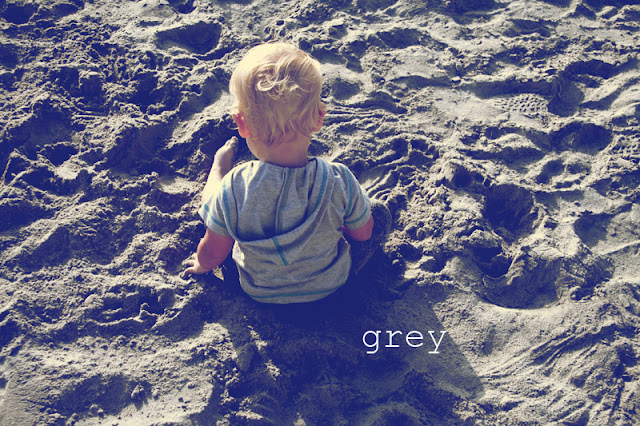 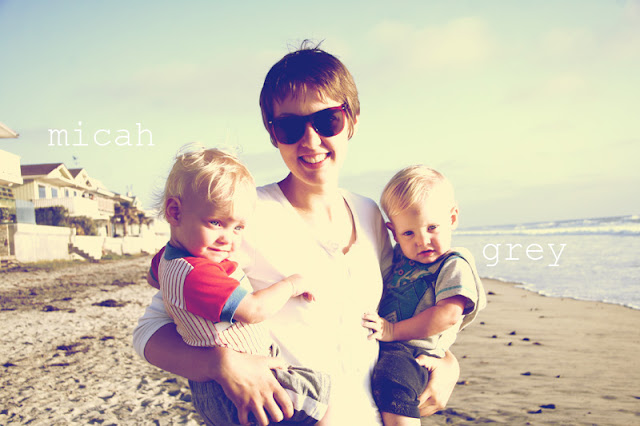 These pictures were edited with BlueEyes from the HoneyBee Action set.

Click to vote for the two cutest sand-crabs of all time? Thanks!

Posted by Becky Pitcher at 9:32 AM

Oh, my gosh. I am so in love with the photo where you're holding both boys and looking at micah. Seriously. Its so beautiful. You'll look back at that photo when the boys get married/graduate/havetheirownkids one day and your heart will swell. You are such a great mom, and that picture seems so ... loving!! Treasure it.

Glad you have had such a nice time!!

These photos are beautiful! I love San Diego.

Oh Grey, another salt addict! These pictures are darling. I am glad your trip has gone so well. You totally deserved to do something fun and relaxing!

Lovely photos, I wish we lived nearer to a beach. Your sand-crabs sure are cute!

Oh goodness -- that photo of Grey eating sand is so precious!! Love the photos of the three of you as well :)

James loves the beach. He will take the sand and cover his legs with it. I just wish it was a warm beach, because he would be all over going into the water too!. Glad you were able to go too! Love you

Oh my gosh, that photo of Grey eating sand! These are such wonderful photos!