This week, my grandparents are in town. It's the first time that my grandpa has met the boys, and the second time that my grandma has met them (though the first time was when they were newborns, so it hardly counts!) We've had so much fun playing together, and I've been trying to take a heap of pictures, because who knows when we'll see them again?! 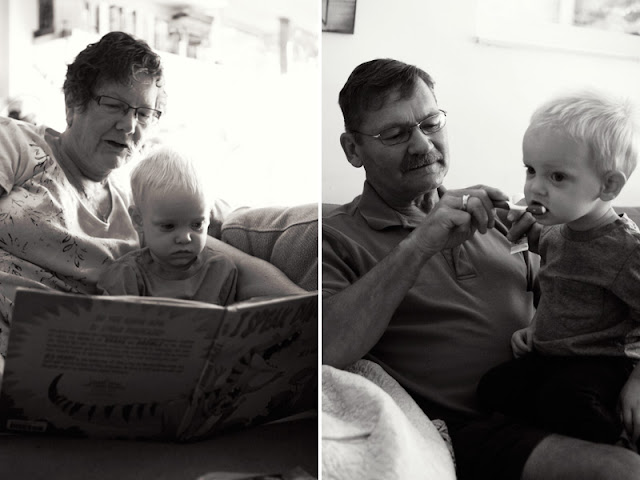 The boys were really shy at first, but then my grandparents learned the keys to their hearts: Grandma read Micah his favorite book (several times in a row), and Grandpa helped brushed Grey's teeth and gave him as much toothpaste as he wanted! I didn't label the boys, because Grey was in the color gray, but in the above pictures you can't tell... Micah on the left, Grey on the right. 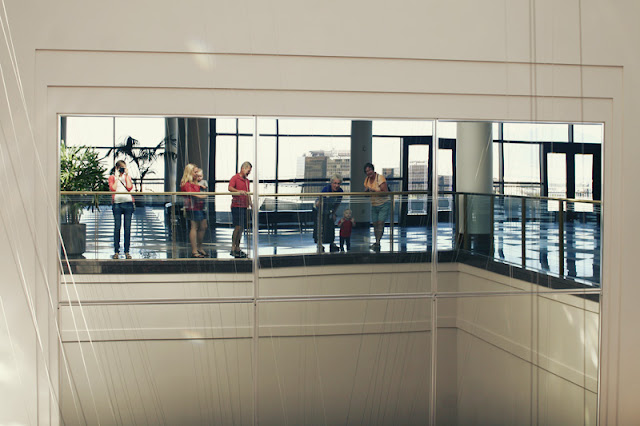 We went for a tour of the Conference center on Temple Square. There we are! 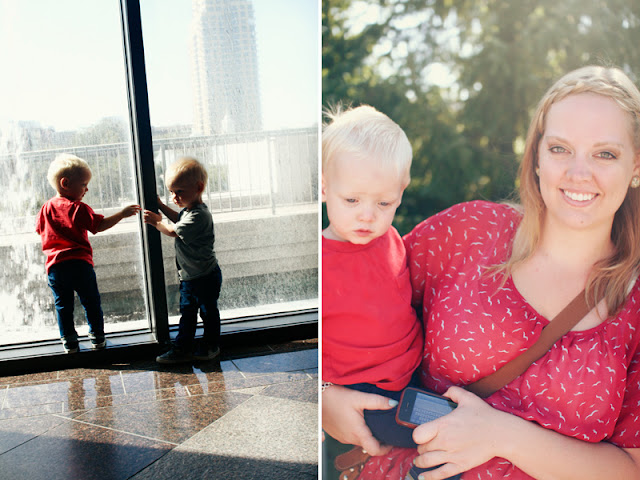 And we even get to spend a little time with my sister Mary, before she leaves for college this week. I love being between my parents and her school! It means we get to be her pitstop! 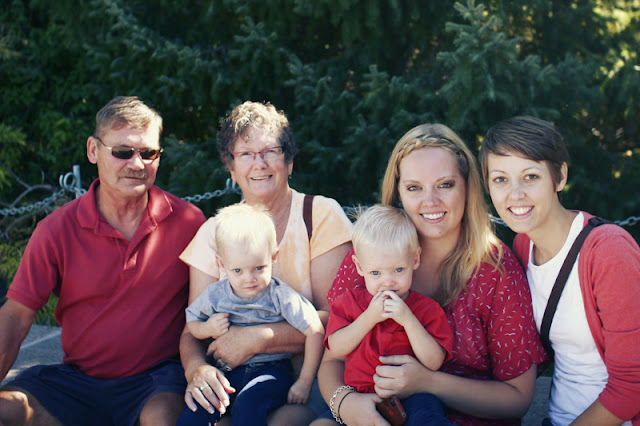 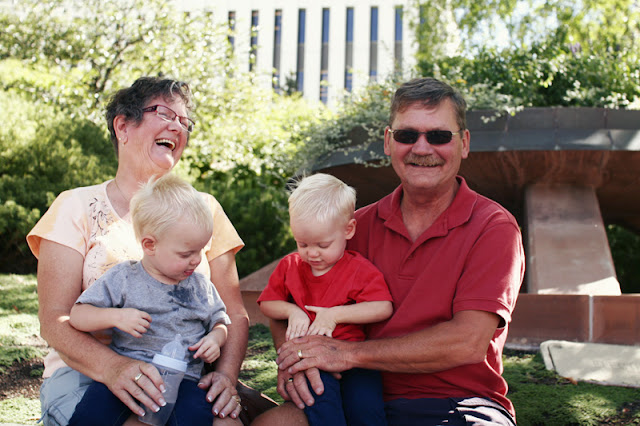 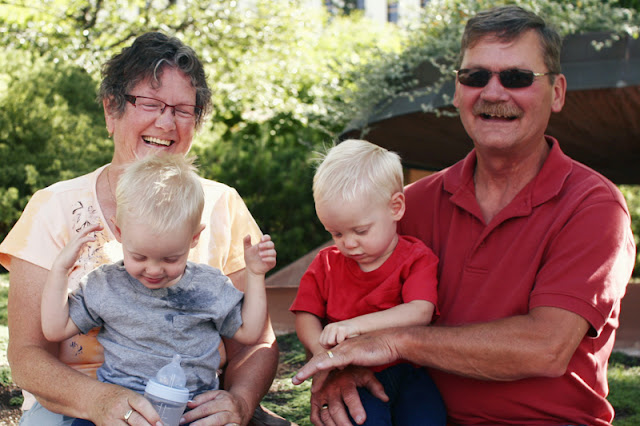 After a busy morning, it was nice to spend the afternoon, just hanging in the backyard and building castles in the sandbox. 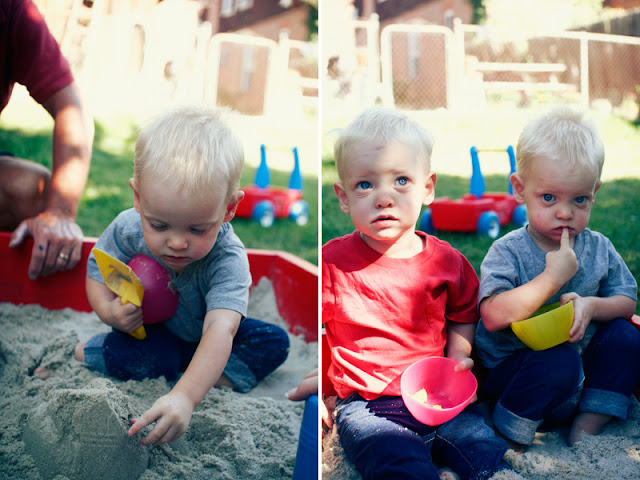 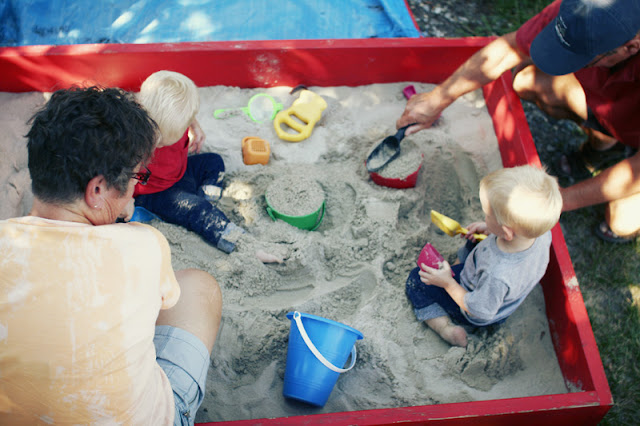 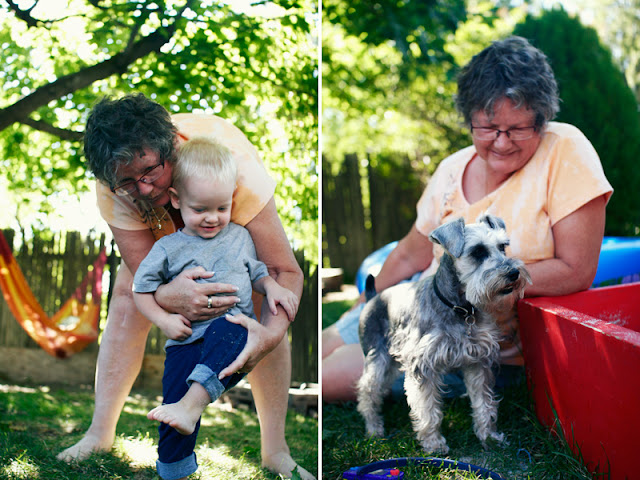 Grandma and Grandpa brought their dog, Gus (whose name the boys can now say!) and they loved chasing each other around the yard. 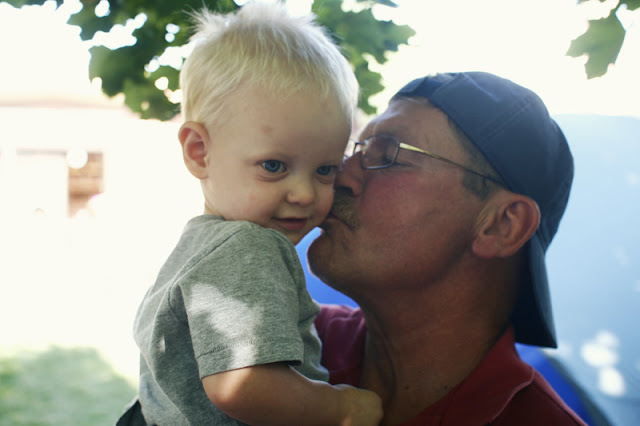 I think they're warming up to each other. :) 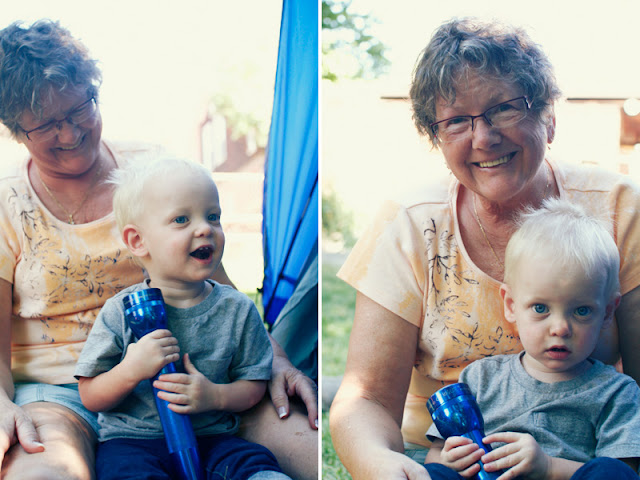 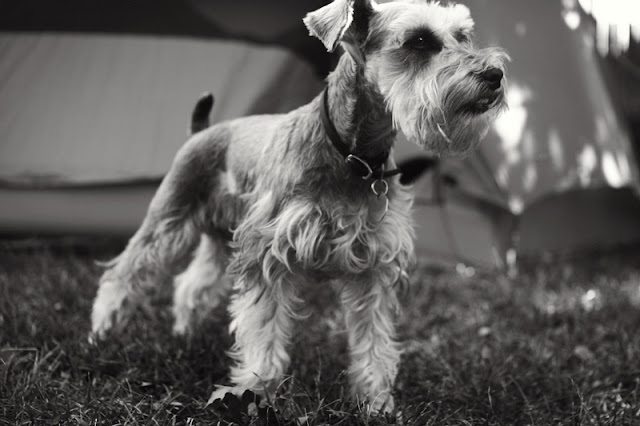 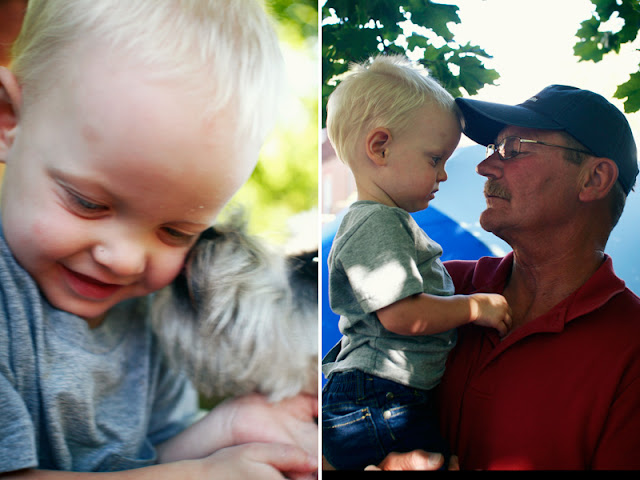 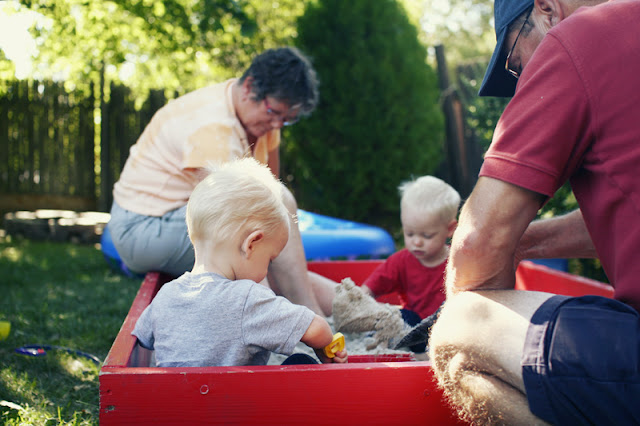 How is your week so far? Aren't you just beyond excited that mornings are getting cool? Fall is on the way, even if it is a million degrees during the day!

I love all the pictures! Thanks! Mary looks gorgeous as always. I love the group picture of all of you.

I find it amazing that our kids get to know and see their Great-Grandparents. Not many kids can say that! Love the pictures!