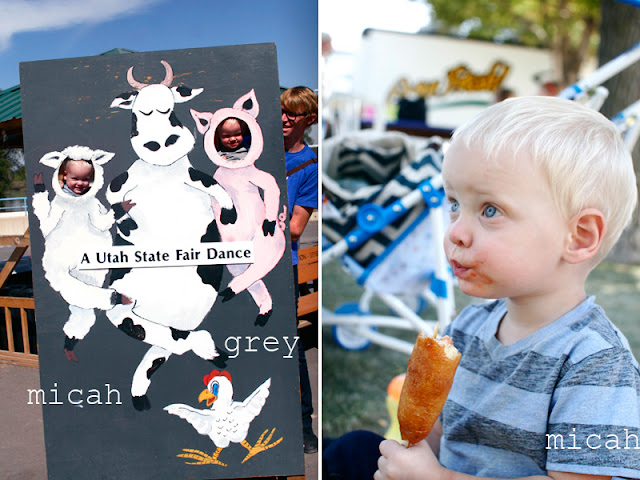 Nothing quite says "State Fair" like goofy photo-ops and  corndogs.

Growing up in Minnesota, the State Fair was kind of a BIG DEAL, but this was the first time that I'd been since living in Utah. We had so much fun, spent too much money on terrible food, and someone who wasn't a baby had a tantrum... but more than anything - it got me excited for next year! This year was great, but next year will be even more fun as the boys get older. 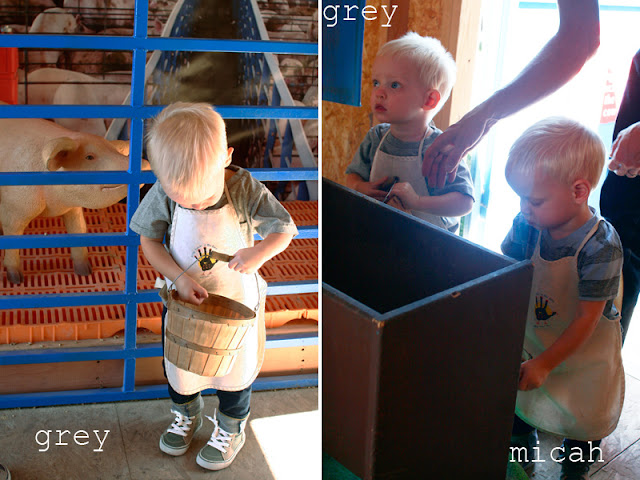 The first thing we did was go to a mini-farm for kids. They got to "feed" statues of animals, plant seeds, harvest vegetables, collect wool and eggs, and -the boys' favorite- ride tractor-trikes. It was awesome! 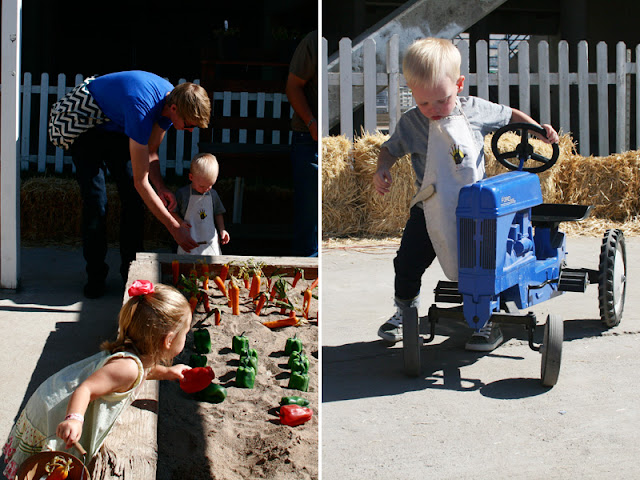 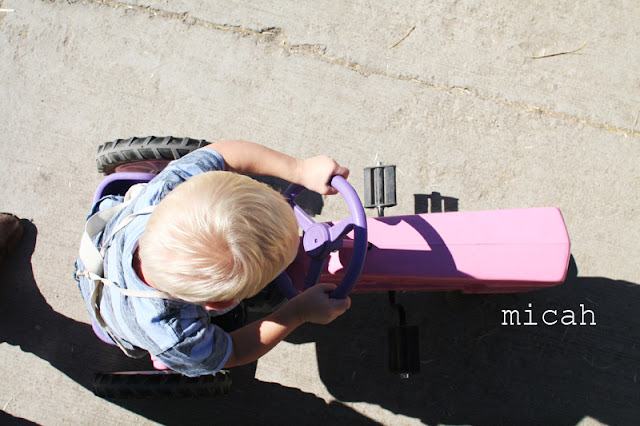 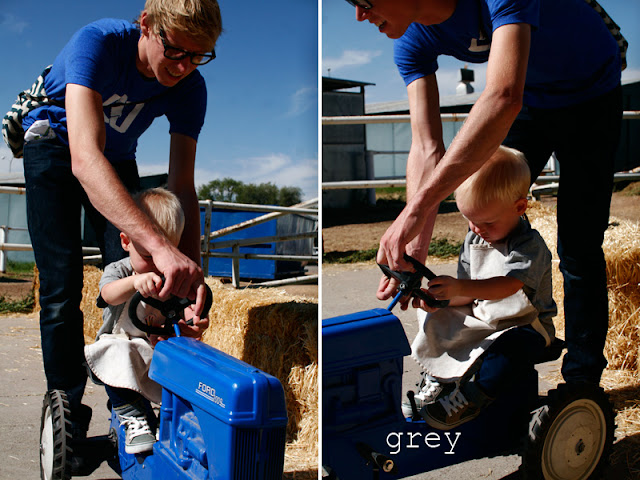 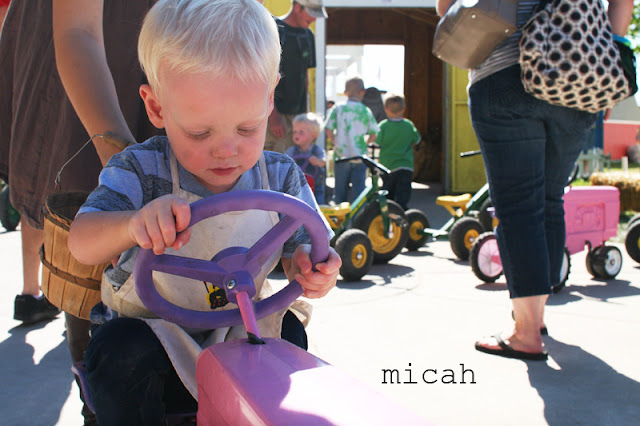 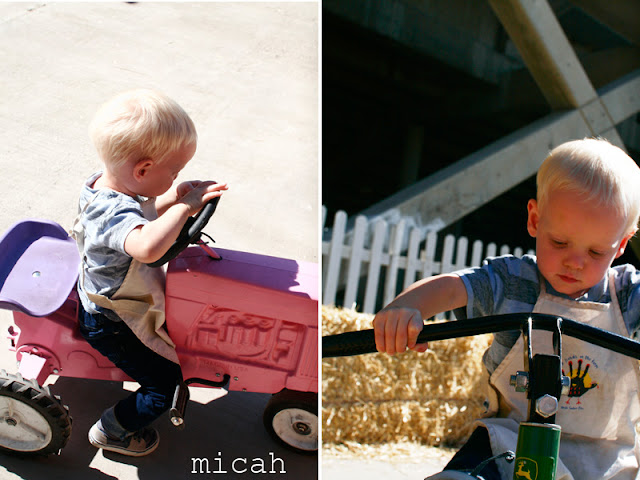 Then we got to see and pet all the animals. It was really neat, since the boys have seen pictures of animals, but they'd never really seen goats, or pigs, or bunnies. They loved it! 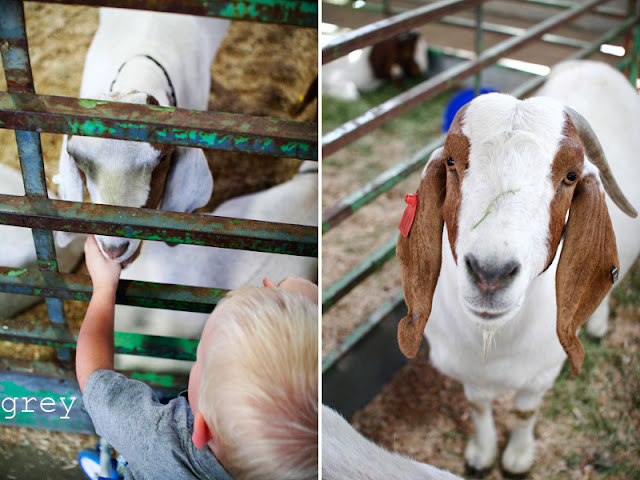 That mean goat bit Grey's hand. Grey didn't cry, but I had to pry the goat's mouth open to get his fingers free and then Grey smacked him across the nose. It was so funny! 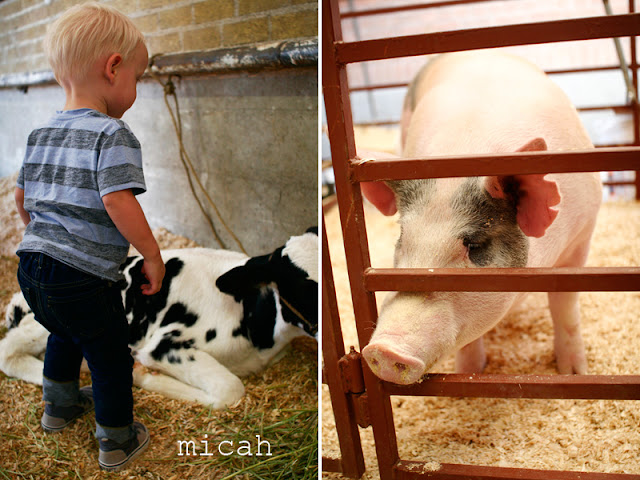 Micah loved that baby cow, but it was hard to get a picture. He'd run up and touch it and then dart away.
Pretty much, the pigs were gross. 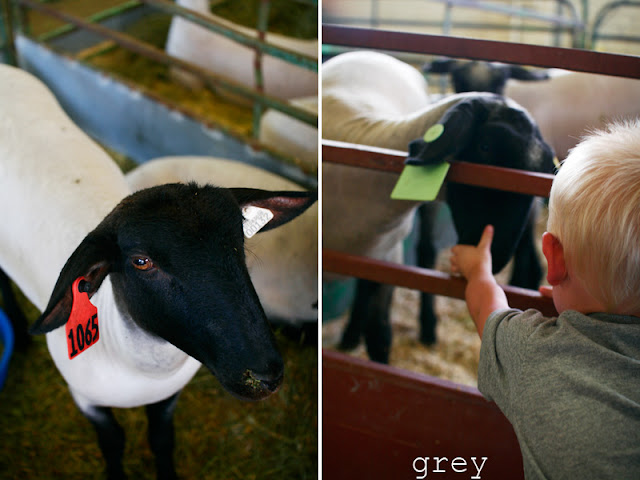 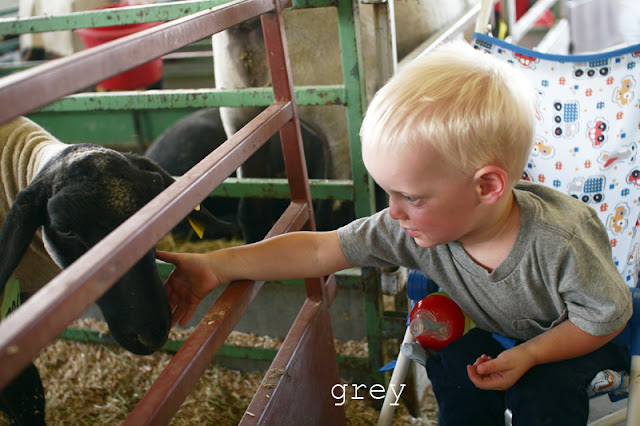 Then we decided to splurge... on PONY RIDES! 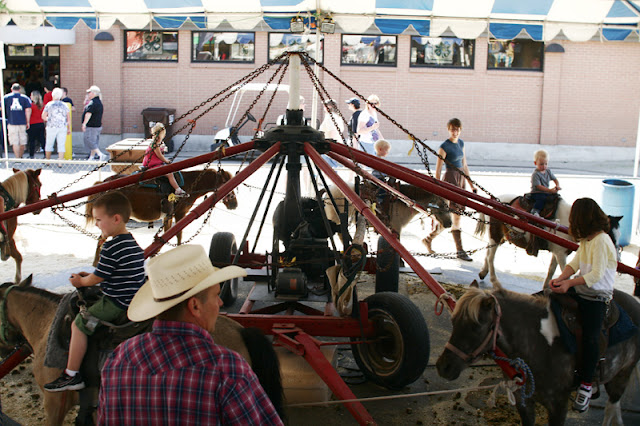 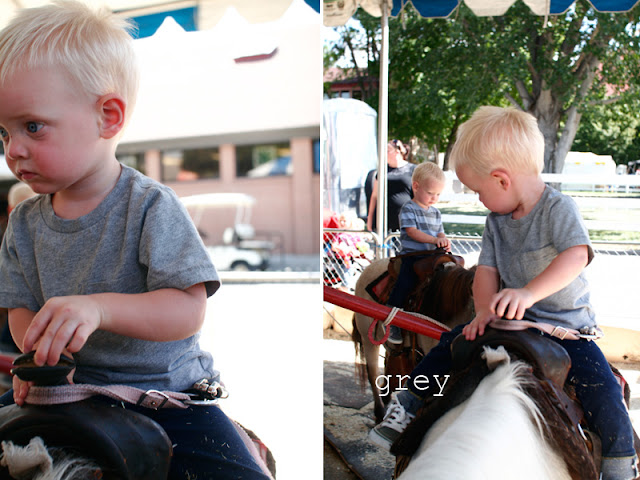 It was hard to get good pictures, because the ponies never stopped. The boys were put on and taken off of moving animals... But they LOVED it, especially Micah. 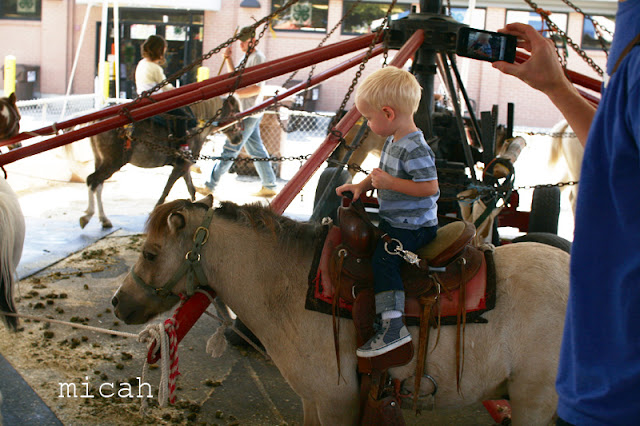 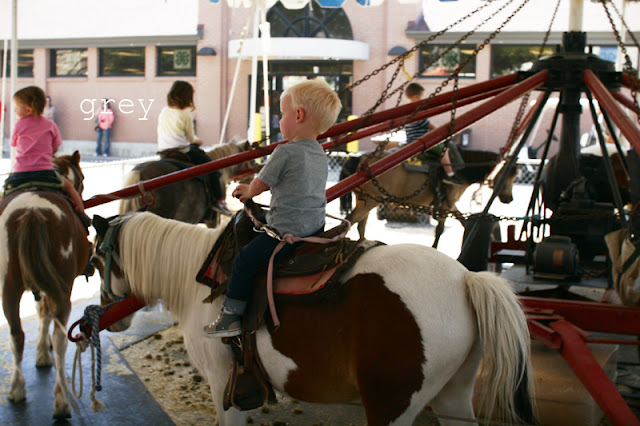 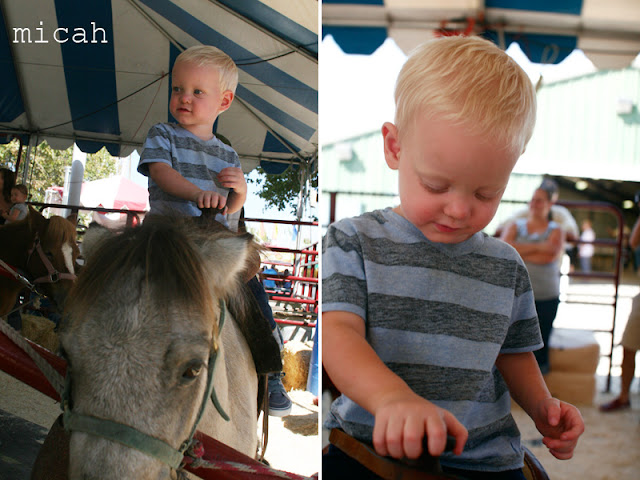 They were both really good at holding on and sitting still, and didn't want (or need) us to help them stay steady. They were sad when we left and Micah kept waving at the ponies after we left. 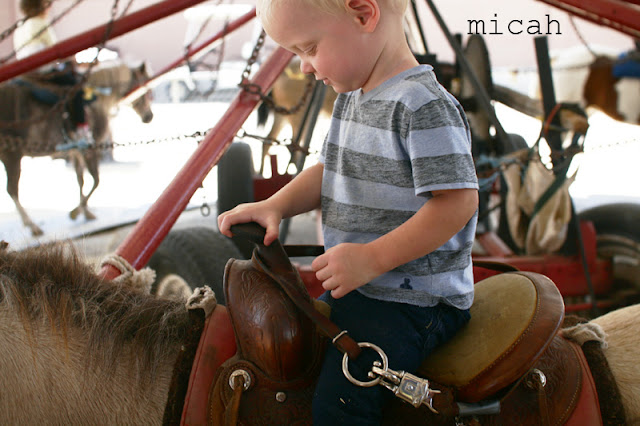 Overall, it was a really great day. Next year though, maybe we'll bring sandwhiches... that 6$ corndog doesn't look like much, because it wasn't. It was terrible!
And the lemonade wasn't too impressive either.
But the ponies did not disappoint. They were worth every penny.

Soooo fun! Activities like this are priceless. I think it really means a lot to the boys to have opportunities like that. Making real connections with words or pictures is very fulfilling. Miss you guys!

We had a county fair growing up, but it was mostly a rip off since you didn't get your bang for your buck. I have a thing about riding rides that pop up and move along a week later, so I only went to the Davidson County Fair because we got free student tickets. I'd go hang with my friends in middle and high school.

NOW, Vance and I do go to a fair each year! It's called the Dixie Classic Fair. It's in Winston-Salem, NC, where we live. It is a WONDERFUL fair. Pretty large for a non-State fair, too! It has the whole child area, a feeding/petting zoo (Vance wants a camel because of that area last year...) and of course rides and food! We usually go on Wednesday because if you bring 5 canned goods of food per person, you get in "free!" That also happens to be Christian music night, so it's usually a win-win for us! This year, we're not enthused by the artist (Britt Nicole) since we've already seen her in concert and she's a bit too "pop" for us in her musical sound. The food isn't as expensive as it appears to be at your fair and let me tell you...it is ALL delicious!!! I want an elephant ear, ribbon fries, and a corn dog now!!!!

Ok...apparently, I should have just written my own blog post and sent you a link saying it was my reply! Oops! :-D

Glad you guys had fun and the boys (especially Micah) enjoyed the pony ride!

You should've bought a deep fried oreo instead of the corn dog! They're delicious!!!!

So cute, looks like fun. I love the little kid farm that is awesome!

What a lovely day! your little boys are so cute!