So this is the new year, and I don't feel any different.
I know there's nothing really different between that last week of December and the first week of January. And yet the former is full of indulgence and snuggling and song singing, and the latter seems to be about turning over new leafs, exercising, and isn't-winter-over-yet?
Don't worry you guys. I'm defiantly not exercising. Although I did see a Groupon for Yoga and I started thinking about exercising. And I've been thinking about it quite a lot.
But I also made 4 dozen cookies on Friday, so it's a give and take.
But even though there's no real change in our lives between Dec 31, 2012 and Jan 1, 2013 - I have decided to make some resolutions. Kind of. I'll share the pretty, encouraging poster that I made for our home tomorrow. But until then, here's something I resolved to start doing in May of last year, and I have now done it for almost 8 full months! Photo a Day! I'm actually really proud of myself, and now that 2012 is over - I think it's finally time to get all those pictures printed into a book or something.
Until then, I'll keep on keeping on - hopefully this year I'll have a full year of photos EVERY.SINGLE.DAY of 2013. 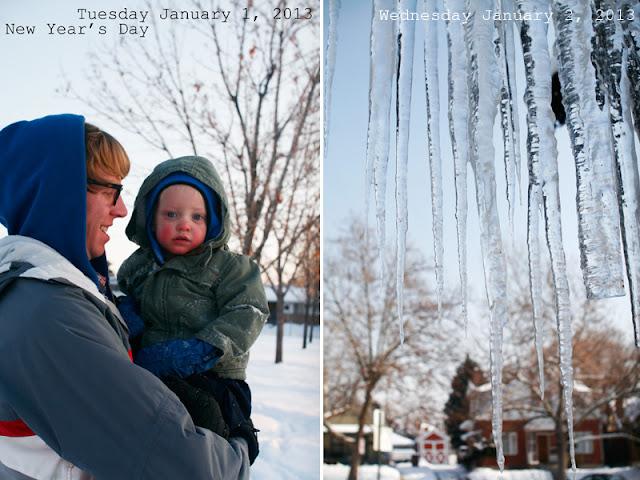 Mon: Happy New Year! Love Travis and Micah. // Tues: I didn't sneak over and take pictures on my neighbor's porch... a neighbor I don't know, by the way. (I did.) 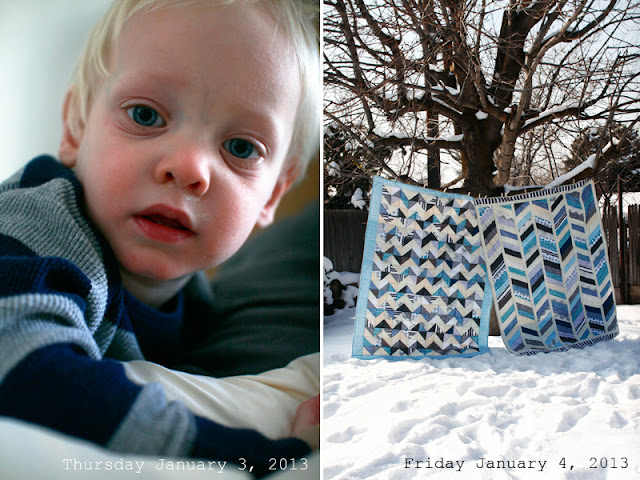 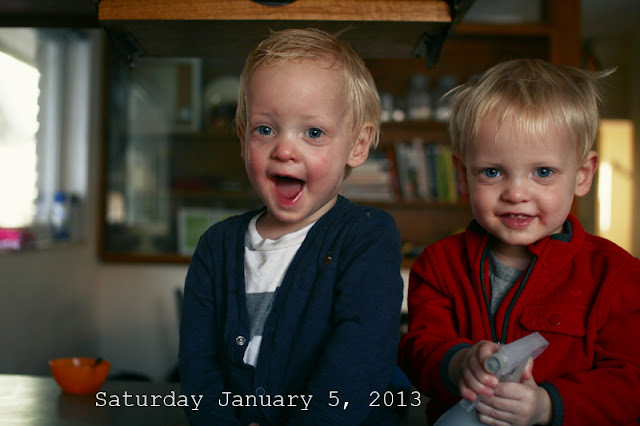 Sat: Micah and Grey. And you tried to tell me that they're identical!

Happy New Year! What are your resolutions? Are you going to start taking a photo a day? I would highly recommend it!

I did the photo a day challenge last year and LOVED it.

I also expanded the challenge and put them all in a book, I just got my book in the mail yesterday and am super jazzed about it!

Is a glimpse at my book.
Totally recommend it!