When Grey and Micah were newborns I bought about 2 dozen cloth diapers, but I never used them exclusively. For one thing, there were two boys, and I would need to do a diaper load of laundry pretty much every day when they were little. Plus, we got a lot of help from friends and family, and not everyone was willing to change cloth (it stressed some people out, for some reason.) In the middle of the night, I didn't want to deal with 6 cloth diapers, out and about- I didn't want to carry home 4 wet cloth diapers.
So I used the diapers a lot, but not all the time or everywhere we went.

When August was born, I started using the cloth diapers with about the same schedule. We always put him in disposables when we were out, at bedtime, and even sometimes when we were at home, and the cloth diapers were all the way in the bedroom- instead of lying next to me on the couch. I spent a lot of money on a box of diapers at Costco and felt depressed and a renewed desire to use more cloth diapers, but not a lot of renewed resolve - and I went through that box much more quickly than I'd have liked to. 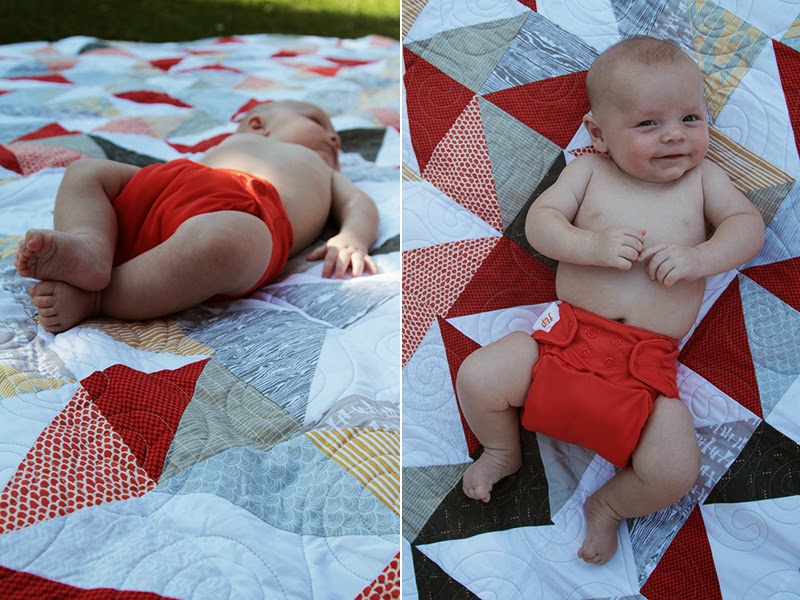 Then, about two weeks ago I was out with some friends- both of whom have babies the same age as August. We were at the science museum with 9 children between us, and their babies were both in cloth!
"I'm afraid of going out in cloth diapers," I admitted. "It's seems really inconvenient."
They both immediately assured me that it wasn't inconvenient, or scary. You never really ended up carrying around 4 soiled diapers, in fact, on trips to stores or parks- you rarely even brought home one soiled diaper.
I was encouraged. Emboldened!
I made a commitment to myself to keep August in cloth for an entire week- no disposables, no matter what.

It's now been over two weeks since August wore a disposable and I am loving it. 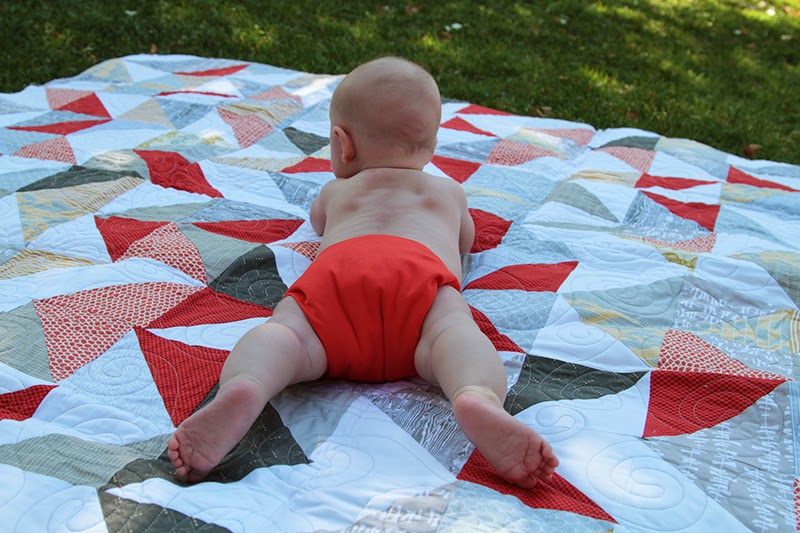 It's been amazing, easy, adorable, and I haven't had to buy a single diaper- so it's also saving me money and helping the environment.  I never want to put my baby in a disposable again, and cringe a little at the sight of them.
We're evening going camping tonight, and I am only going to pack cotton! I am that person!
Anyway, for anyone who's wondering: I love cloth diapers. I never wanna go back. 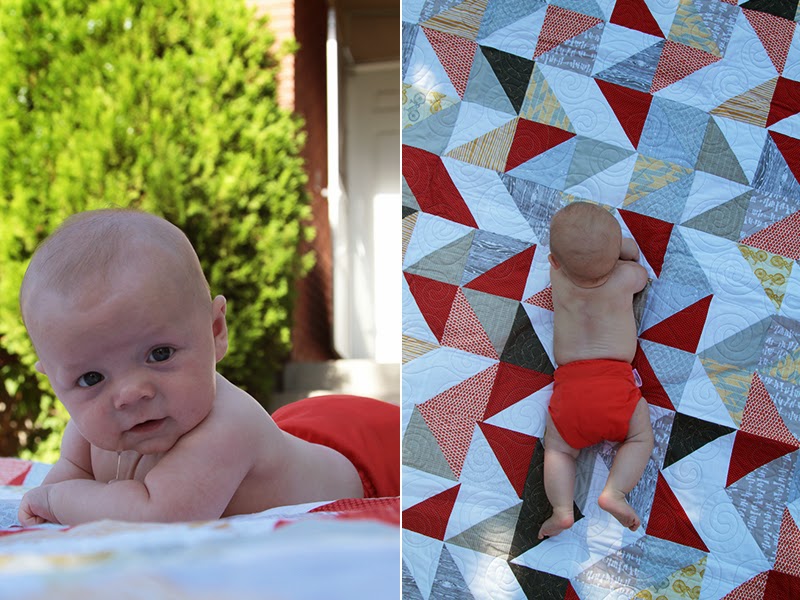 **Also, for those wondering: When the boys were babies, I bought all BumGenius pocket diapers. They are essentially exactly like disposables, except that you wash them. They're very convenient for first-time cloth diaperers. Now, however, I only use them at night (one less step, stuffing diapers), and I only use the velcro- since snapping buttons in the dark, while half-asleep is really tricky. But they are not my favorite diapers.
My favorite diapers, which we use all day, and I would recommend to anyone and everyone are the Flip covers with a prefold inside. (Really, most covers are the same, they're on par with Thirsties, etc- I've just never used them.) I only buy and use all-snap, since the velcro stops sticking after a while (and little boys can pull them off after a while, but they've never figured out how to unsnap themselves.)
I have many different prefolds but these Grovia ones are my absolute favorite. They've stayed soft and fluffy long after the rest of my diapers start to get stiff. I have 7 covers and about 15 prefolds and that lasts about two days. (You should wash your diapers every other day anyway, or they start to stink.)**

Posted by Becky Pitcher at 8:18 AM

It's funny....flips are my favorite with a prefold as well. When I was using cloth for my daughter, I had won tons of cute AIO and pocket diapers. I was so excited. In the end, the prefolds and covers ended up being my go-to. Both of my kiddos are out of diapers now....but we have have one more on the way! I am due in December and plan to just stick with a few newborn diapers in the beginning and then move to Thirsties and flip covers and prefolds!

I don't care for grovia diapers since they seemed so small compared to other brands....but I will definitely give the prefolds a try. Thanks!

Hooray! I've told you forever how easy it is. Elanor never wore disposable-- she would even wear cloth on an airplane. I actually miss diapers so much! I wish I had a little baby to buy cloth diapers

For--- was supposed to finish that sentence and I wrote it but it must have got deleted.

He is so adorable!

Alrighty ladies.. I am a 50% cloth diaper-er (10 month old twins) and I have never mastered what to do for wipes.
If I use disposable wipes it's so inconvenient to tuck them in a little sack to throw away.
And cloth wipes, I haven't found a wetting system that I like and then I have poo filled wipes in my pail when I went to the effort to spray my diapers off (seems dumb.)
Any advice would be awesome for a good wipe system.

P.S. Becky you are the one who gave me the courage and info to start using cloth. My twins are my 4th and 5th babies and my first cloth wearing babies!

Where do you buy the covers and prefolds from?