Happy Monday, my friends! I had a hard time getting to the computer this morning, as we are staying with my parents right now and there always seems to be so much going on when we're in someone else's home! Travis is on a plane to Ghana as I type and will spend the next two weeks there and in India (hopefully NOT getting Ebola. Yikes!). And you know me... I hate to be home alone! (Or rather, home with three littles and no other adults.) So we packed up and are in Nevada.
August is getting a ridiculous amount of attention, which is good- because he's been pretty sad. I suspect nargles are to blame (by which I mean, I think he might be teething already!?) I pretty adamantly denied that possibility earlier this week, but now in addition to a lot of drooling and finger-chewing, he also has a really rotten diaper rash, lots of baby acne, and has been having a hard time nursing and sleeping. If teeth aren't to blame, then I am at a loss! 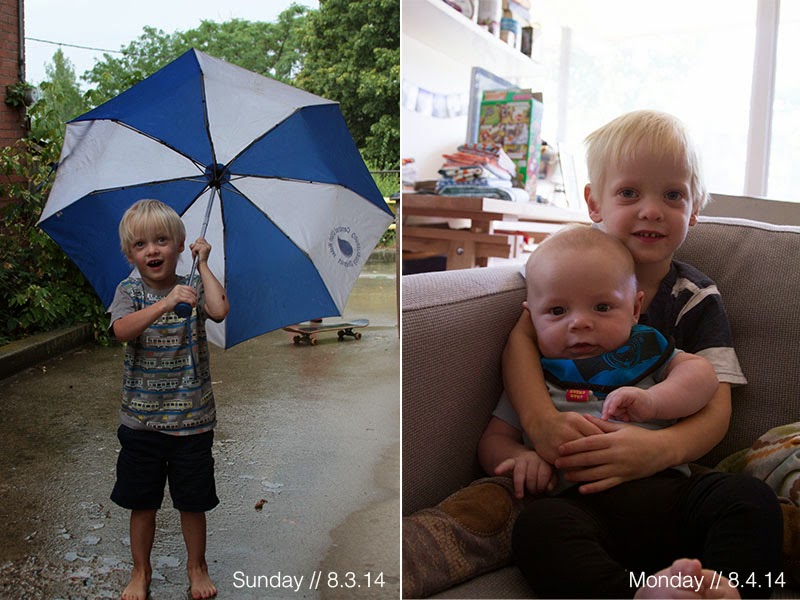 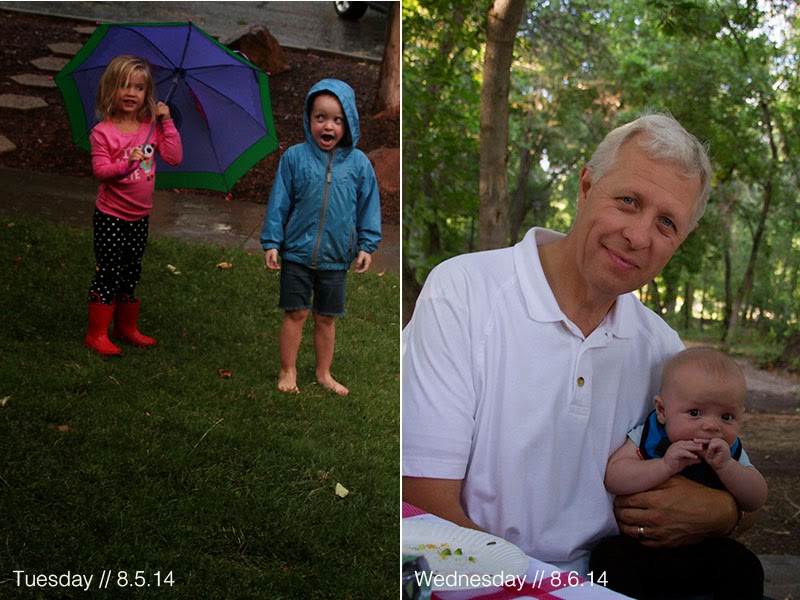 Tuesday: More rain, but less singing... more shouting and running like maniacs! // Wednesday: We spent some time with Grandma and Grandpa Pitcher before leaving town. (See? August is going to town gnawing on his hand...) 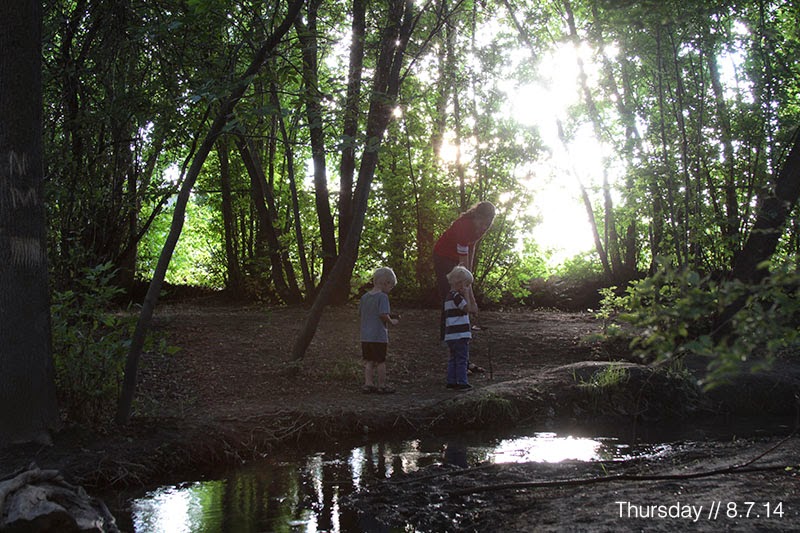 Thursday: Playing in the river with Aunt Noelle. 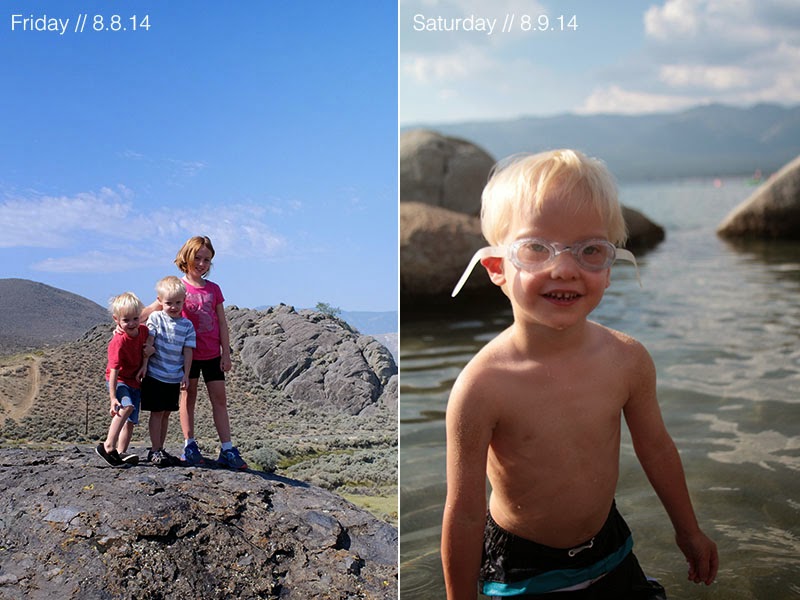 Friday: Hiking up mountains with their Aunt Katie to stretch after a long car ride. // Saturday: Micah was almost brave enough to dip his face in Lake Tahoe. Almost.

Posted by Becky Pitcher at 6:18 PM

You live like nomads. What an enjoyable summer you have had! Kisses to all!