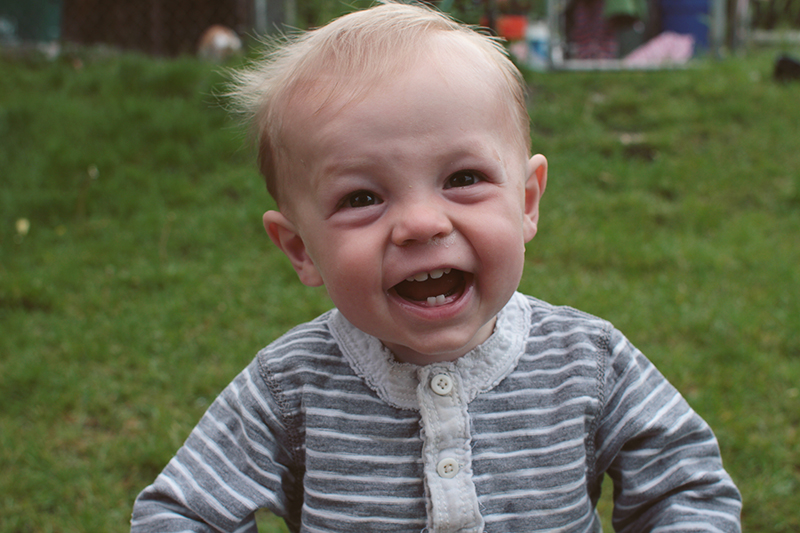 These pictures and updates are over a week overdue! But I assume that no one here notices or cares but me.
Thirteen months. By thirteen months, my babies are not babies.
August has mostly stopped breastfeeding. He still nurses once about every 36 hours, and every time I nurse him now I find myself thinking "This is the last time I'll ever nurse my baby." But then he nurses again.
He sleeps through the night, except that he wants to wake up at 5:30am every day. He walks, he runs, he climbs. He loves to build with blocks, drive cars, throw balls, sit on bikes, color with crayons and is basically a tiny, capable human now. 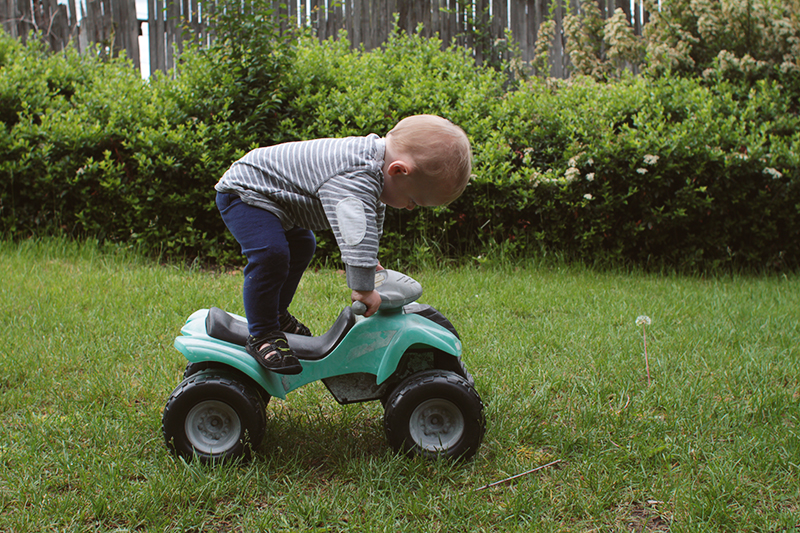 August has about a dozen "words" in his arsenal, if we include the signs for all-done and please, and animal sounds. He does a lot more moooing and ruff-ruffing than saying words.
He loves animals, and wants to pet everything we see- especially our neighbor's gentle bunny. But August especially loves birds. If I say the word bird, even in conversation, he will gasp and point to the sky. He tenses up and starts panting in excitement if he sees a bird, which he alternates between calling a shh-shh or a twa-twa. Maybe those are bird sounds?
There is a noisy owl who lives in the trees near our house and if August hears it, he will get very still and start whispering "whoo whoo whoo" it's so cute! I love what a good reminder he is to appreciate the world. 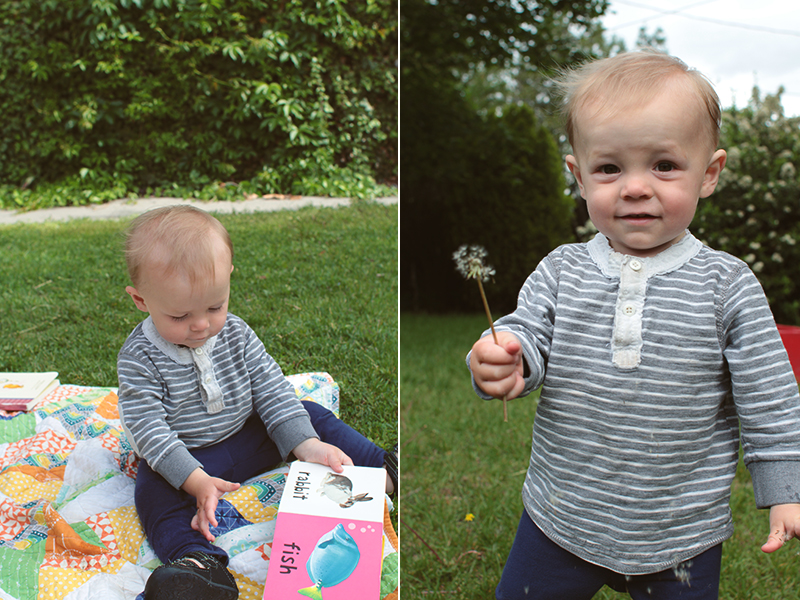 He has started throwing little tantrums! They are barely even tantrums, compared to some big Pitchers I know (me Grey and Micah, obviously.) But he will scream angrily for a minute or so if something is taken away from him, or a door is shut before he can go through it. The worst tantrums occur when I take away non-food substances from him.
For example, he LOVES to eat soap, toothpaste, and crayons. His favorite soap is a pumpkin spiced goatmilk soap, his favorite toothpaste is the gross kids' kind,  his favorite crayons are beeswax crayons.
He'll eat regular soap, toothpaste, and crayons in a pinch but he does have favorites. If he is not caught immediately, he will happily devour an entire crayon. AN ENTIRE CRAYON. He will have brightly colored poop will little wax chunks in it.
He's so weird. Why are babies so weird? 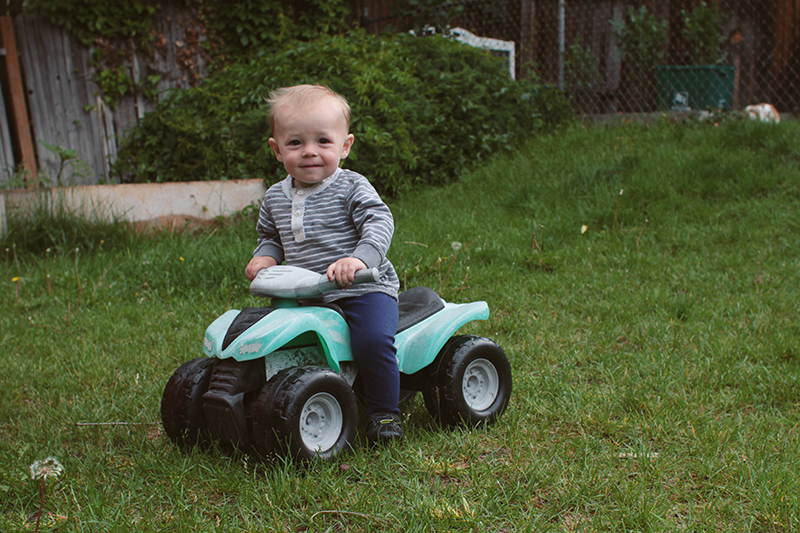 August loves to be outside and will spend several long minutes trying to put his own shoes on, or sprint to retrieve them if I tell him we'll go outside. He'll back up into anyone's lap if he thinks they'll help him put shoes on.  He'll also back up into anyone's lap if he thinks they'll read to him.
He will happily read the same book five or six times in a row. His favorite books have animals and sound-effects in them, but he'll sit through most of the big boys' books too. Sometimes he'll bring us a book, and we will open it, and he will rip it away from us and throw it with a scream. Then he'll go get another. He does this several times until we find the book that he was looking for. This boy has to figure out that book covers mean something. He can also reach the book-basket from his crib, so every time I get him in the morning and after naps, I find that he has thrown out his pillows and blankets, and his bed is strewn with books. 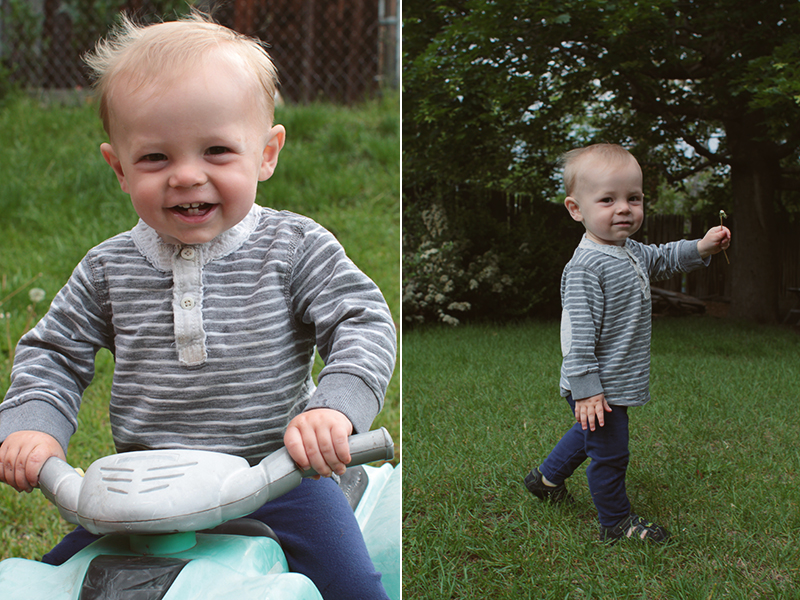 I love his joyful, bright, content little man. We are so blessed to have this happy little creature as part of our family!

Posted by Becky Pitcher at 5:41 AM

Last photo on the right looks like a grown up man person.... It's kind of very sad to me