Over the weekend, my amazing in-laws took Grey and Micah overnight. They took them to a parade, a carnival, let them stay up late to watch fireworks and basically did everything that I never, ever want to have to do with my children.
Grandparents are the best!
The boys had so much fun, and it was nice to spend time with just August. But every time Travis and I were out with him, I felt borderline dishonest. This isn't real, I wanted to stop everyone we saw and tell them, I have four year old twins. I don't just have one baby.

Because I am who I am. And who I am is a mom of three boys. 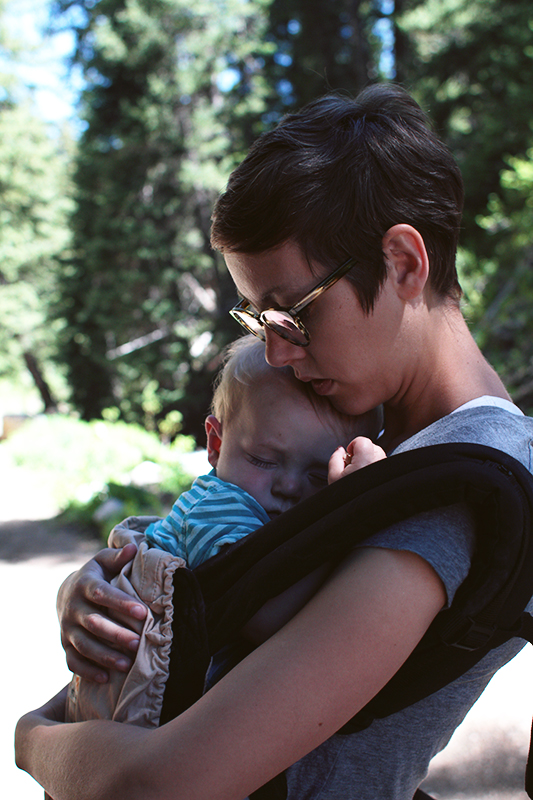 Admission: sometimes I feel annoyed when I see people say things like, "I got so swept up in being a mother/wife/etc that I forgot who I was before. I forgot who I am, and stopped making time for me."
Guess what, YOU don't exist outside your relationships. No man is an island. Stop complaining that your life has changed you- that is life's job. From your first breath to your last, every single thing that you hear, see, and do has the potential to change you. You don't live in a vacuum. You live on planet Earth, you are surrounded by people. If, at forty, you are the same person that you were at 20- something is wrong.

(Sorry. That got angrier than I intended. Here's a nicer bit:)
Now, that is not to say that you shouldn't make time for yourself. I'm not saying that you should stop having hobbies or doing things for personal satisfaction or pleasure, I'm just wondering: why do we feel that ourselves as individuals and ourselves as members of families are mutually exclusive?
Can't I be a mom of three who quilts, bakes, and reads excessively? When I am not with my children, but am instead loitering in Barnes and Noble after a relaxing pedicure- I am still their mother. I am not reverting back to a single version of myself. It's okay for me to think about them and miss them, I spend every waking moment with them, it would be weird if I could just block them out.

Sometimes I feel similarly frustrated when people complain about motherhood (or their marriage) "being hard."
Here's the non-romantic truth: all relationships are hard. Even having a relationship with yourself is hard. It's hard to have a best friend, it's hard to have a mother, it's hard to have an uncle or a sister or anyone. Because you can't control every aspect of the world or what people do, say or think.
But it's worse to be alone. So stop whining and make it worth it, because it is also fun to have a best friend, comforting to have a mother, fun to have an uncle, and a pleasure to have a sister.
Being a mother "is hard" because life is hard. But being a mother is also so good.
Being a mother is everything I hoped and prayed that it would be.
And so is being married. Being married "is hard" because life is hard. But if I wasn't married, life would be so much harder and sadder,  I am grateful a hundred times a day that I have Travis.

So I'm sorry I got a bit ranty. I didn't mean to. Sometimes my blog gets away from me. I started writing this post merely because I had these two cute pictures of me being a mother and I wanted to share them.
But really, what I guess I'm getting at is: I am Mother.
It's who I am.
I am a wife and a mom, so much more than I am just Beckyalone.

And I don't ever want to make time for me to be the person I was before I was a wife and mother. Because that version of me wasn't nearly as strong, beautiful, interesting, passionate or talented as this version of me.
Let's be honest. She was a sassy teenager.

I'd rather be a sassy grownup with a baby on my lap. 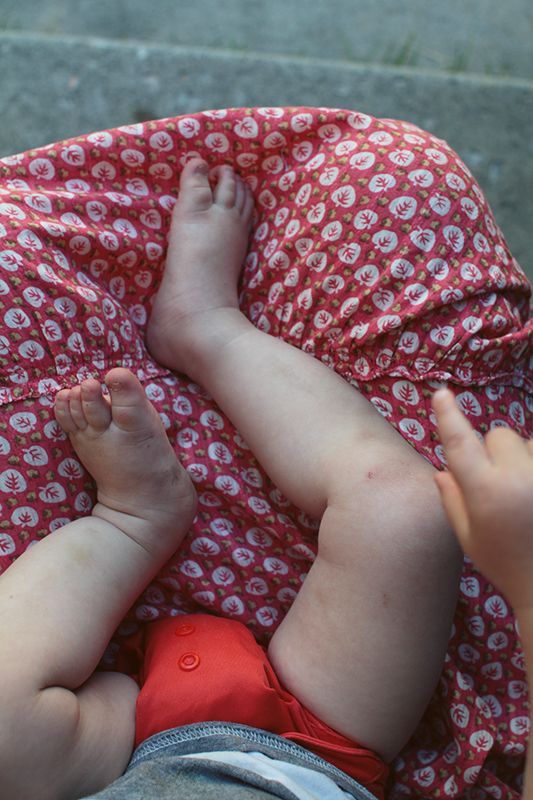 Email ThisBlogThis!Share to TwitterShare to FacebookShare to Pinterest
Labels: essay, motherhood, pictures, self

AND I'm pretty sure the diaper color in that last pic is named sassy.

PREACH. You took the words right out of my mouth and heart. I don't even have anything else to add except that I agree wholeheartedly. Yes. Yes, I do.