Australia 1 - Getting to Coolum Beach 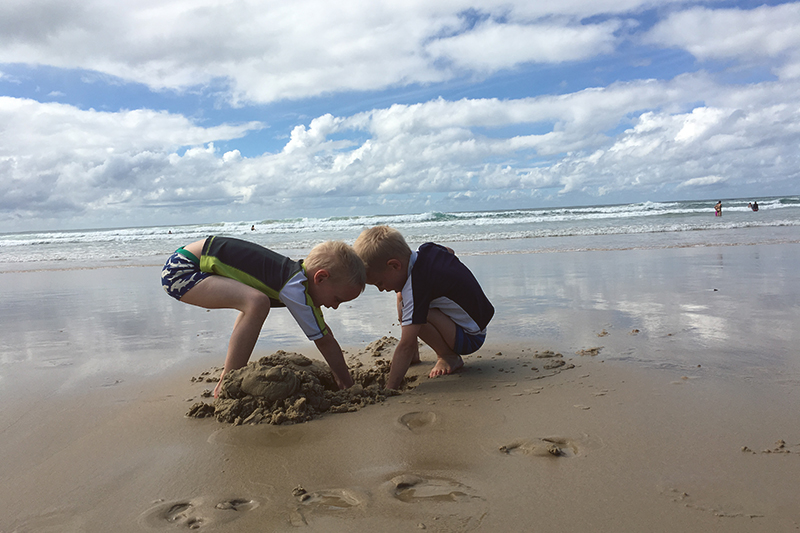 We made it to Australia! The boys were so good on the flights. We flew first to LAX and then to Brisbane, which was about 16 hours total flying, but 24 hours in and out of airports! It was a looooong day. Luckily the boys slept for the majority of the flight to Brisbane. It was a 14 hour flight and I think they slept for the first 6 hours or so, then were awake for another 4, and then slept for 4. Since we got to Brisbane at 7am, it was perfect. They were ready for the day ahead! 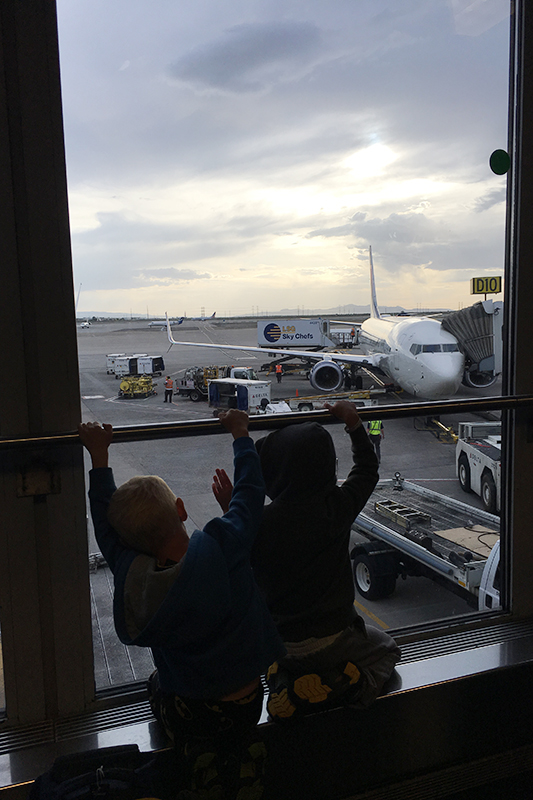 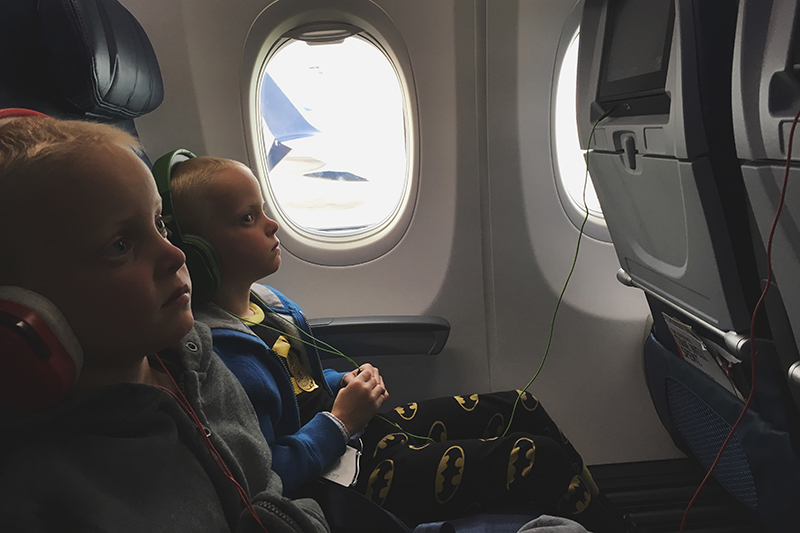 Sweet August wasn't quite as ready, and finally passed out around 3 in the afternoon and was very hard to wake- impossible in fact! He slept through the rest of the evening and woke at 2am for a few hours before sleeping again from 4-6am. Since all our schedules were off, I was actually fine being awake with him, but the boys slept from 7pm to 6am- they're already on Australia time!

We are staying in Coolum Beach, a little beach town on the Sunshine Coast. It's very cute, and you can walk from our house to the beach, the grocery store, and a dozen little restaurants and tourist shops. We accidentally booked a place that is actually a shared home! It's been very difficult because the house is full of fragile picture frames and sentimental things, and people that want to sleep in past 5am!
The woman who lives there is also a professional artist, so there are dozens of open paint bottles, brushes, and half-finished canvases everywhere.
I am feeling really anxious about the boys, especially since we got here and within an hour- Micah leaped from the top-bunk to another bed and got hit in the forehead with a metal ceiling fan.
It was one of the scariest experiences of my life. I walked into the room where Grey was sitting on the top bunk talking so calmly to Micah "That hit you right in the face, and it made the fan spin the other way like crazy!" I  turned to see Micah lying face down in a ball, perfectly still, not making any noise or crying.
"Micah?" I said, "What happened?" Still he didn't move!
"Micah? Micah??" I rolled him over and his face was covered in blood and his mouth was open wide like he was screaming, but he was completely silent! For a minute I worried he was dead. I wanted to start screaming "TRAVIS! HELP! Call an ambulance!" But something (now that it is later, I suspect it was the Holy Ghost) told me, "Stay calm, if you panic- he will panic."
So I very gently picked him up and said, "Let's get a towel on your face and go find Daddy right now."
After the ordeal was over (Travis ended up taking Micah to a medical center and they super-glued his face shut!) - I laid in bed and bawled my head off for over a half hour.
I think it was fear and relief, exhaustion, and anxiety at our living situation all coming out. 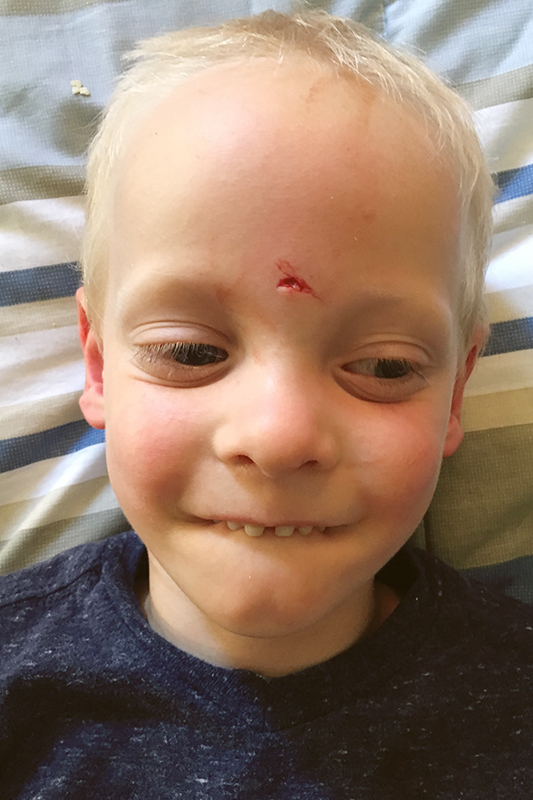 Our living situation has been hard, but it has also had benefits I didn't predict. Because it was so stressful being in a quiet home (with three inevitably screaming boys), we were out the door by 7am the first few days. I packed lunches in a rush, got everyone into swimsuits and out the door! Consequently, we were able to spend four or more hours at the beach before walking home to rest and nap, and then we still would have several hours of the afternoon to explore! We napped from 11-2 and then played again from 2-6 when Travis gets home! (The sun sets nice and early here at 5:30, and Travis can't film later that that. So he's been home early most days- it's almost like a regular work day!) It's been nice to have Travis home, but it also means that we can't play outside anymore.- so we are usually trapped inside for the evenings. 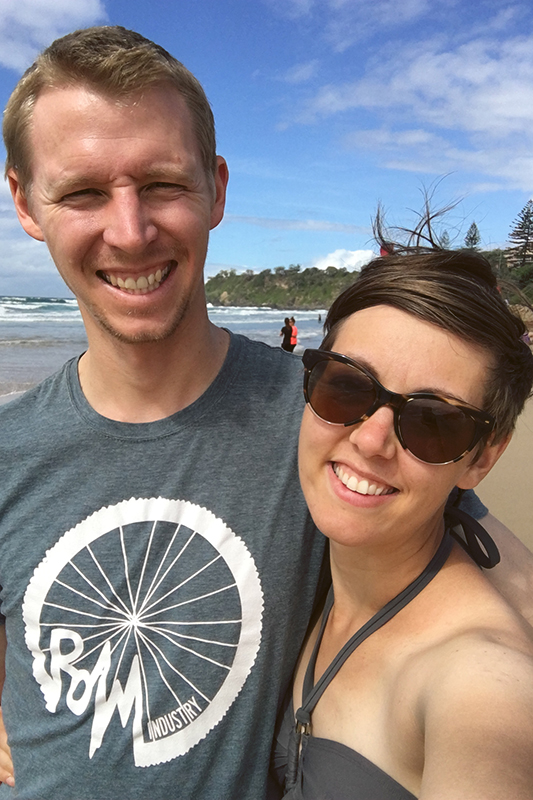 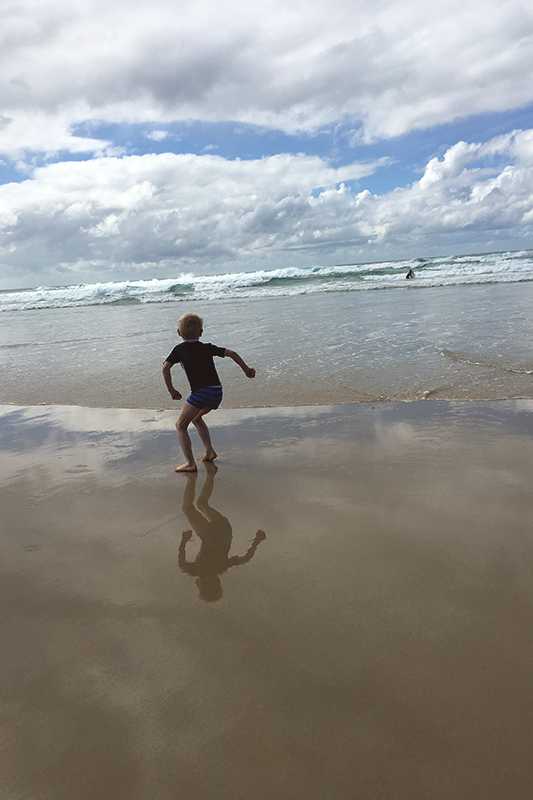 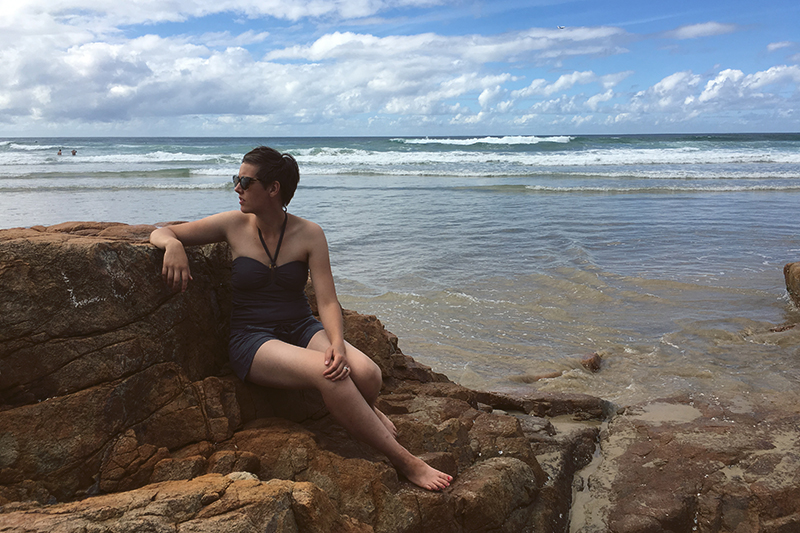 On Sunday we went to church, which was about a half hour away. The ward was very small, only about 20 families- and only one other young mom. August was one of only two kids in nursery. When we dropped him off, the woman said "I've never done this before. What do you think, do I let them just get out all the toys or should I lie them out for them? Did you bring lunches for your kids?"
She was the only person that spoke to us the entire meeting! I was very disappointed, I had hoped to make friends, since we will be here for so long. The boys were very good, even though they complained and begged not to go. I think next week we might just attend sacrament and then leave, since Sunday is the only day of the week that we have Travis with us, and it will be a good opportunity to do some exploring!

The best part of the trip so far has been the beach! In the weeks leading up to the trip, I checked the weather in Coolum Beach constantly and every day it was raining! I packed raincoats and sweatshirts and tried to tell myself it didn't matter if we never got to go swimming. But the weather has been perfect. Australians keep saying, "It's so unseasonably warm! It's almost like summer again!" (It is late fall here now.) 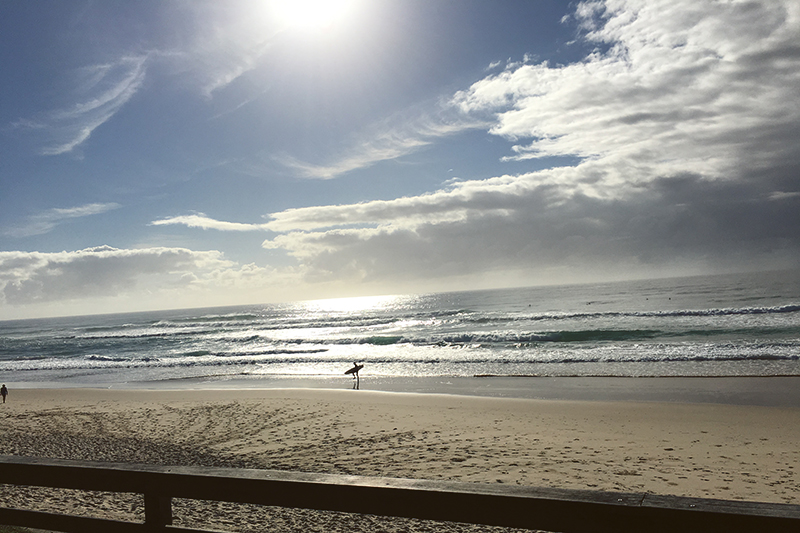 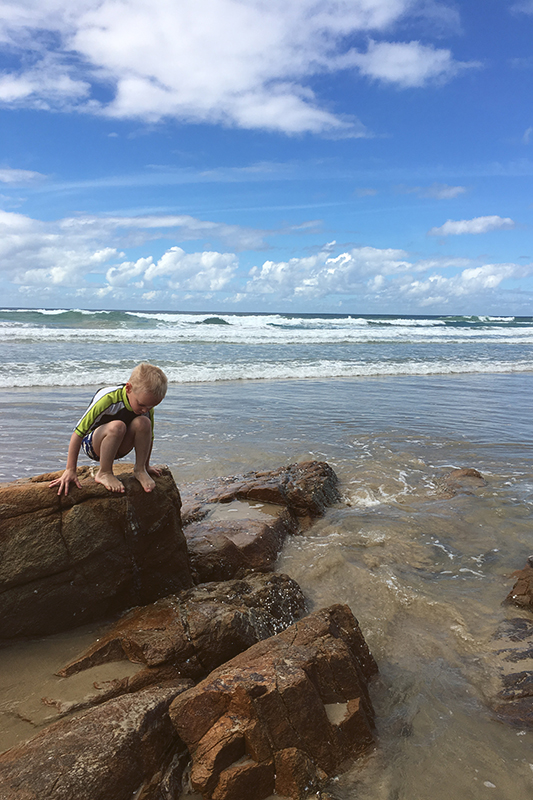 So we have spent a lot of time at the beach! There's a long, shallow sandy area before the water even begins to get deep, which is perfect for little boys! The waves are huge and there are always several surfers out in the water, but very few people on the beach. Because it's fall, the Aussie kids are all in school, and the adults don't seem to mind missing the beach when it is occasionally cloudy. But we don't mind! The water is fairly warm (warmer than California at least!), and there are a few little areas of rocks that fill with water when the tide comes up and are fun to explore and climb in! There's a board walk over the entire beach for about a mile, and the boys and I walked along it and explored the area. It's so beautiful and the water is perfectly turquoise and lovely. 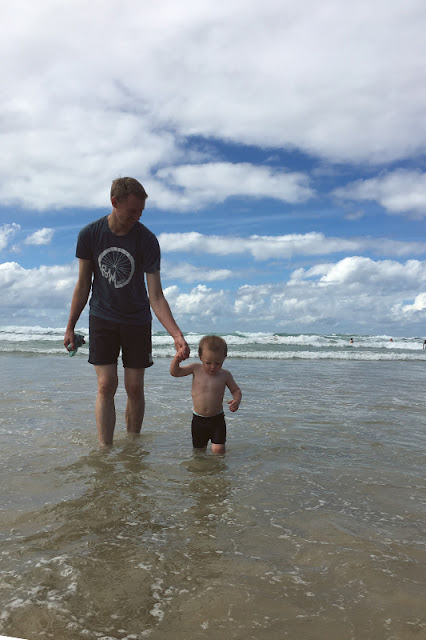 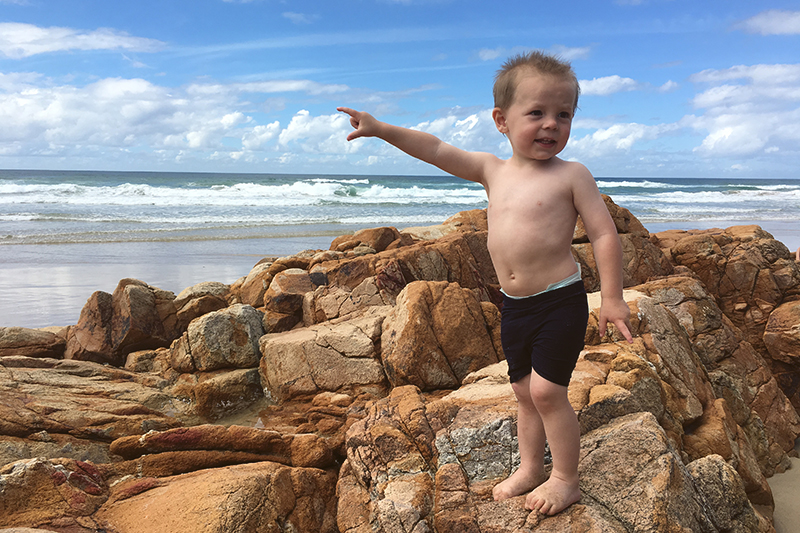 Posted by Becky Pitcher at 9:34 AM