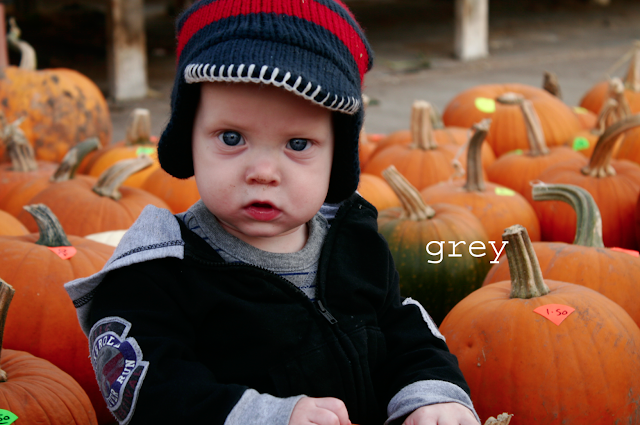 Today the boys and I went with my brother, sister and mom to pick up pumpkins. Unfortunately we couldn't pick our own, they were all pre-picked in a green house, but that's probably best for the babies anyway since they were finding and eating clods of dirt as is.
This is a part one, because I got an absurd amount of adorable pictures and probably will again when we carve these babies.
Part two will consist of the pictures I took of the boys sitting in a pile of leaves with their pumpkins.
Just wait.
It's a fall explosion of adorableness. 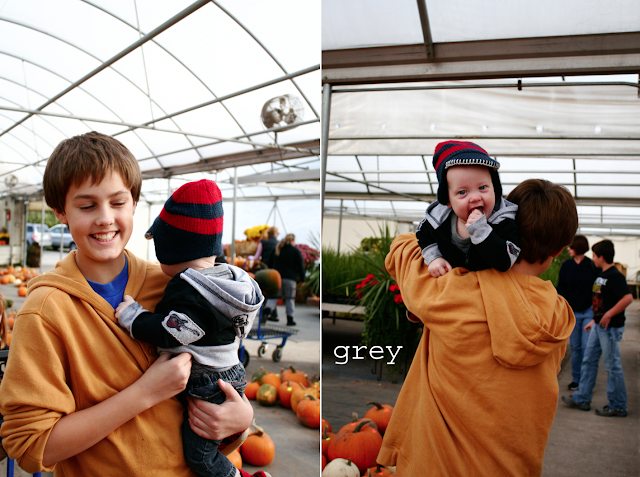 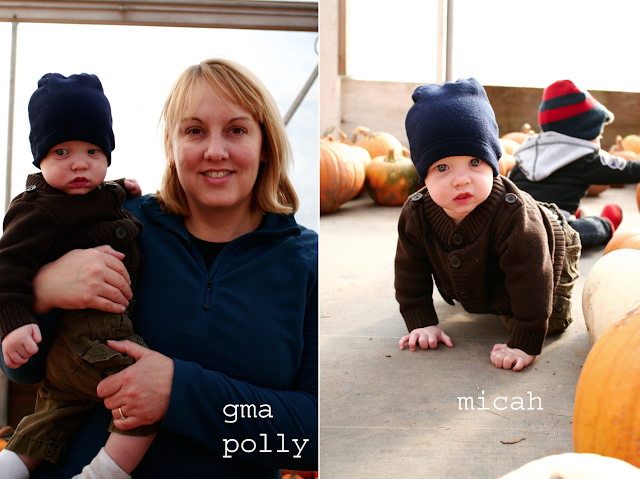 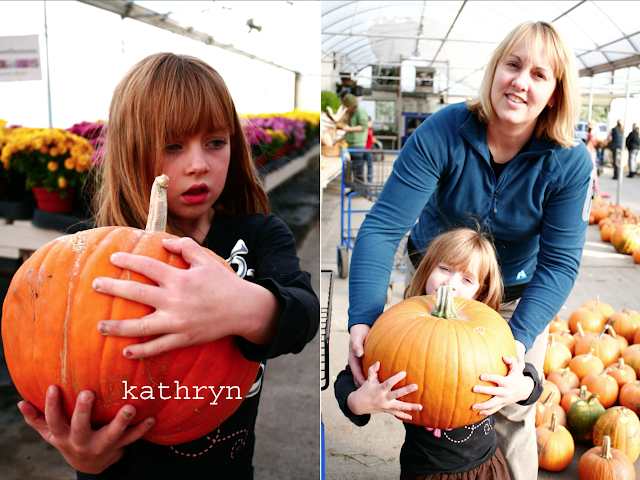 My little sister Kathryn found the pumpkin of her dreams, but then we realized that the farm only took cash! We were able to scrounge up a few dollars and handfuls of change among us, but we decided that perhaps Kathryn's pumpkin was too expensive. Tears ensued. 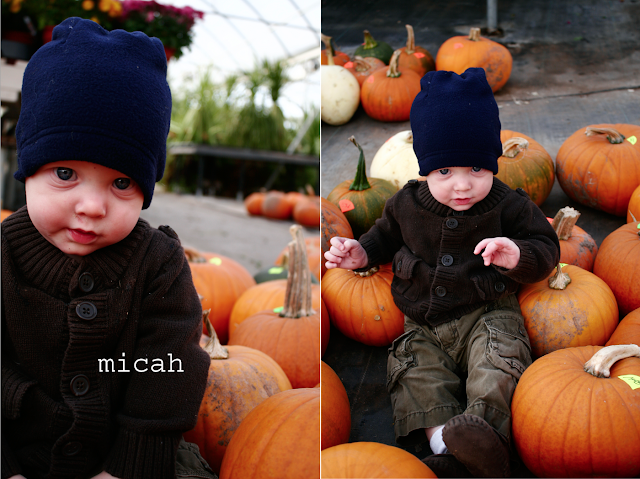 I put Micah in a circle of pumpkins, and he may have panicked a bit. He doesn't like to be trapped. Nobody puts this baby in a corner. 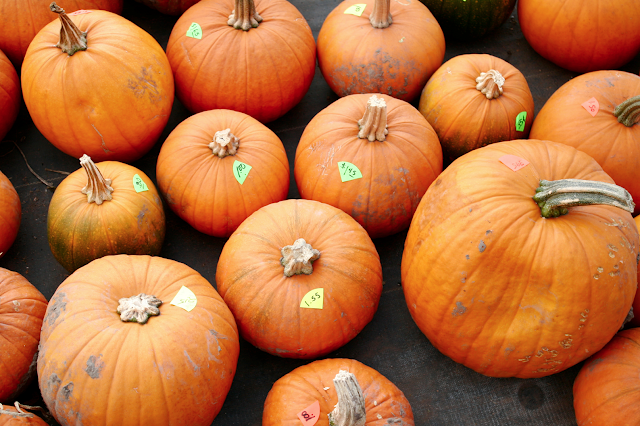 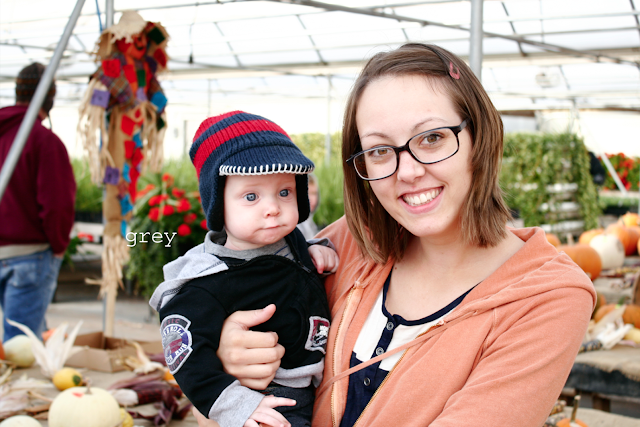 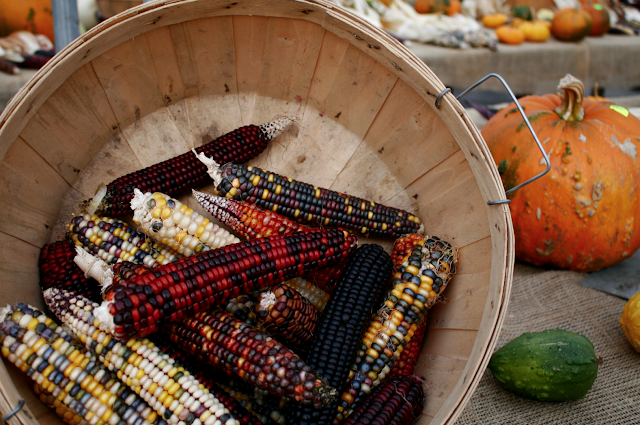 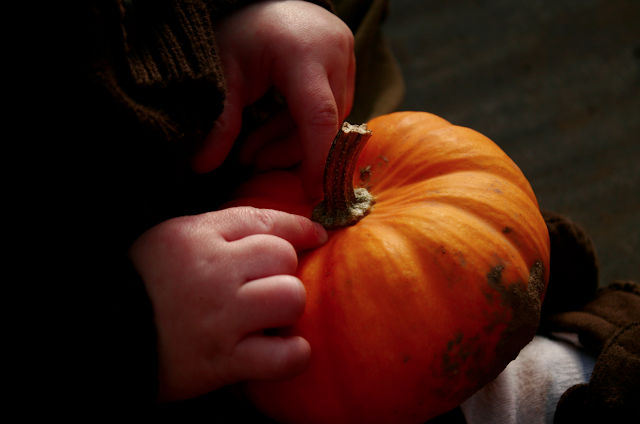 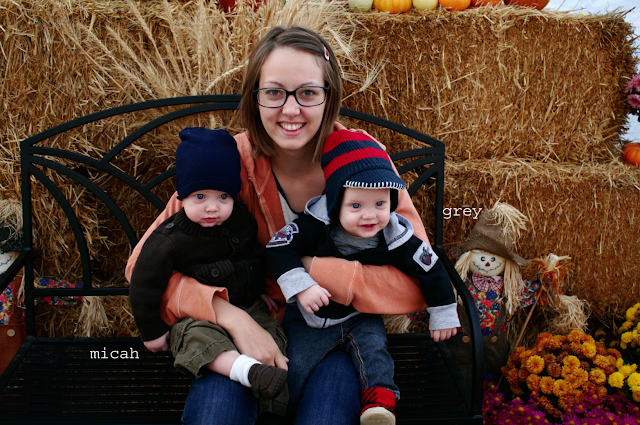 Mama and her boys. 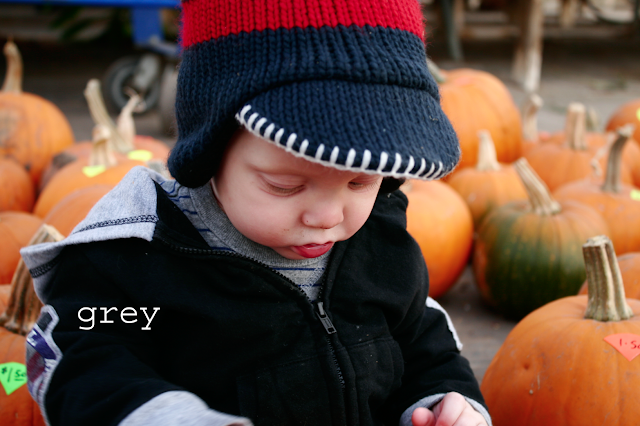 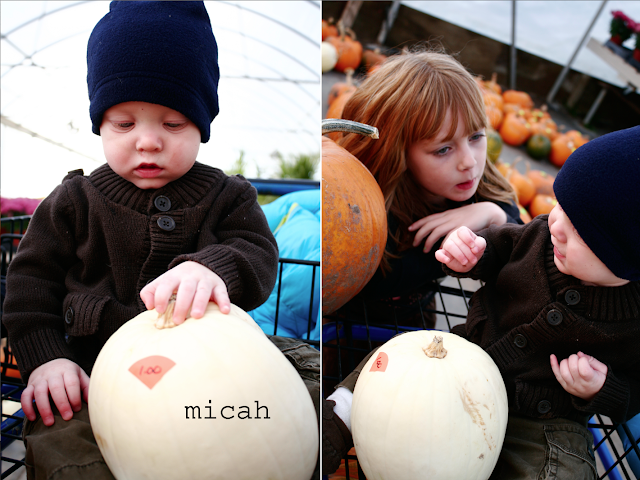 Kathryn was singing a silly song to make Micah laugh. 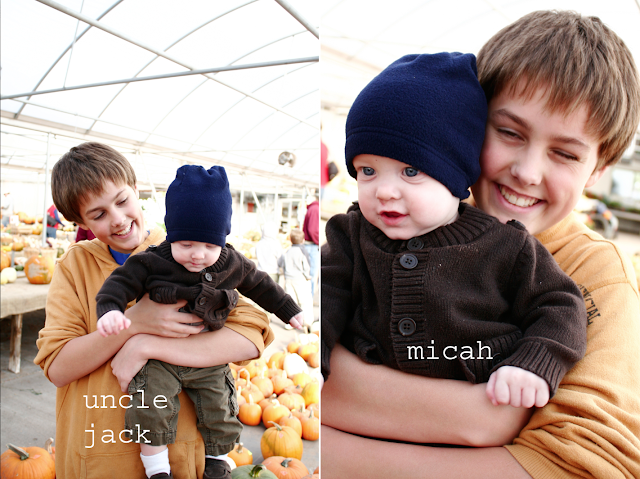 Uncle Jack is so good with the boys! 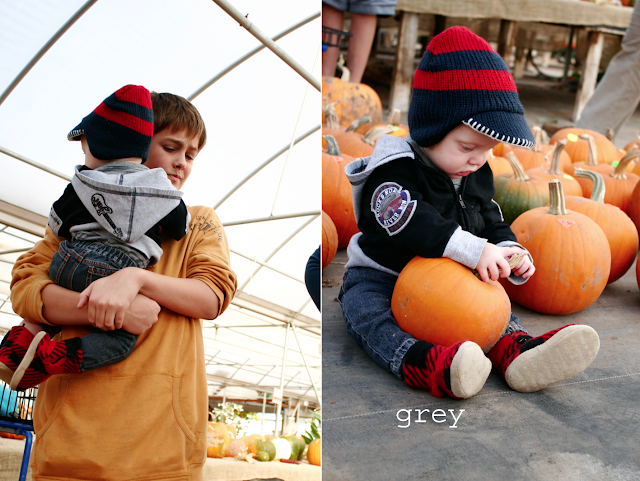 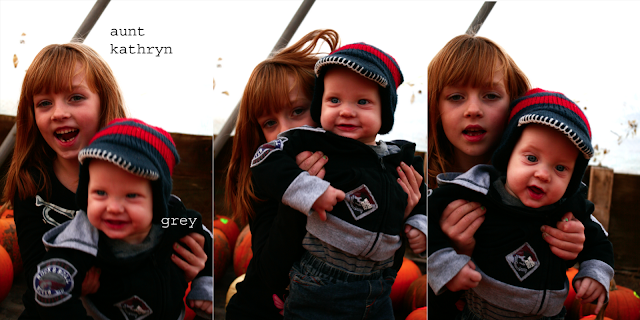 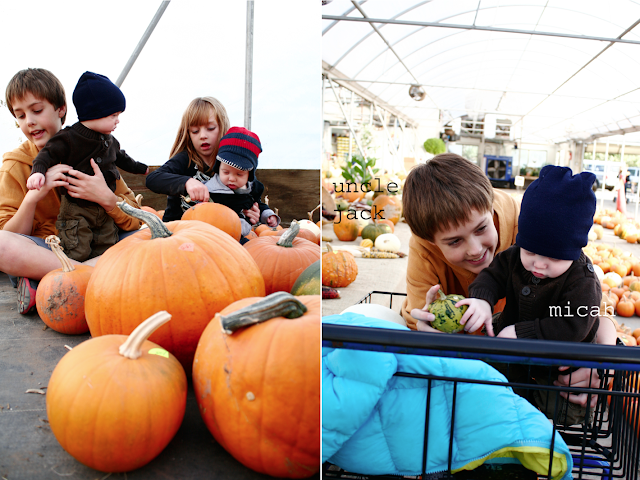 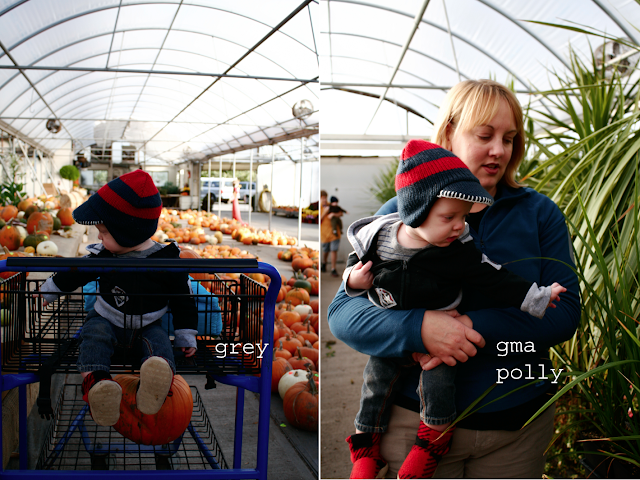 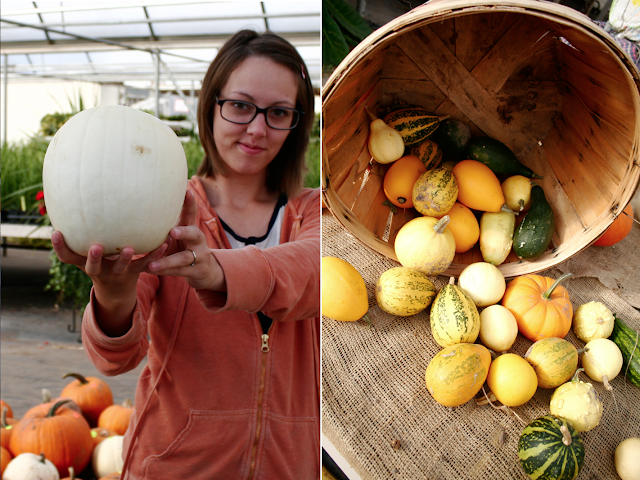 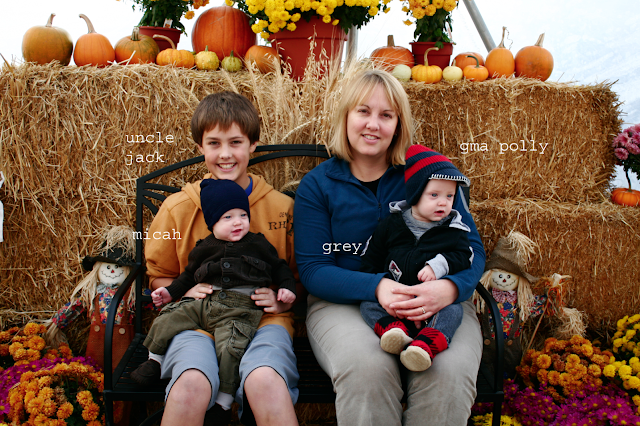 Kathryn stood behind me dancing and clapping to make the boys smile. 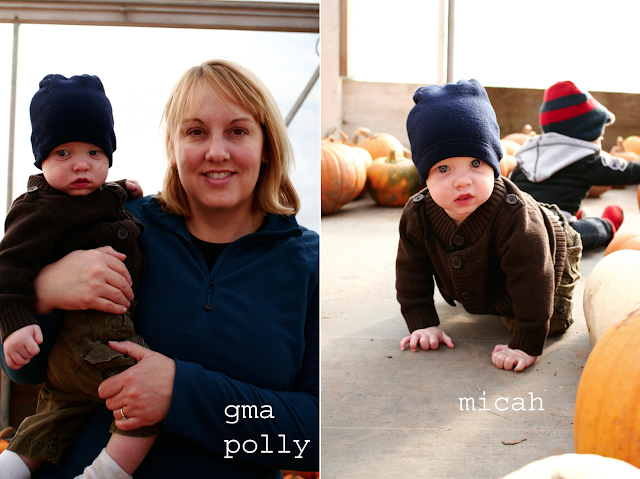 Such a fun day! I can't wait for Halloween. The boys are still a bit sick, but I think that by Monday night we'll be alright taking them "trick or treating" ... although they certainly won't get any candy. 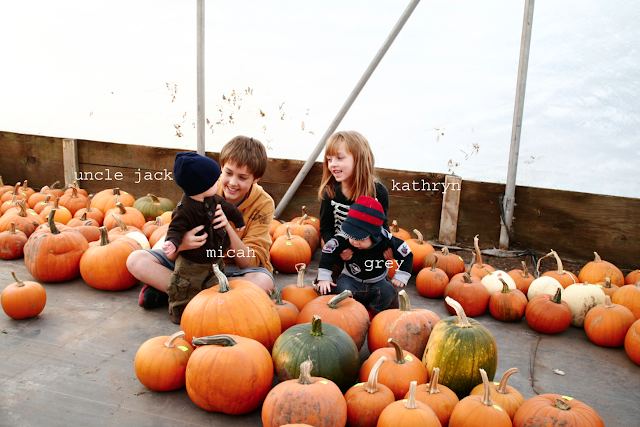 Posted by Becky Pitcher at 7:23 PM

Nothing cuter than pumpkins and babies. LOVE these pictures!!

Can't wait for part 2! These babies are just too adorable...

oh my gosh. i laughed out loud with "nobody puts this baby in a corner."

and that first picture in your post was absolutely adorable.

So cute and adorable!!