Did you misread that? Did you think it said that A Harry Potter Birthday Party? Nope. July 31st is the day that both J.K Rowling and Harry Potter celebrate their birthdays, and every year (for the last five years!) I help throw a party for Harry Potter's Birthday.
It is so much fun.
It is, in fact, so much fun that I hardly have any actual pictures of the party. But let me tell you about the pictures I did take: 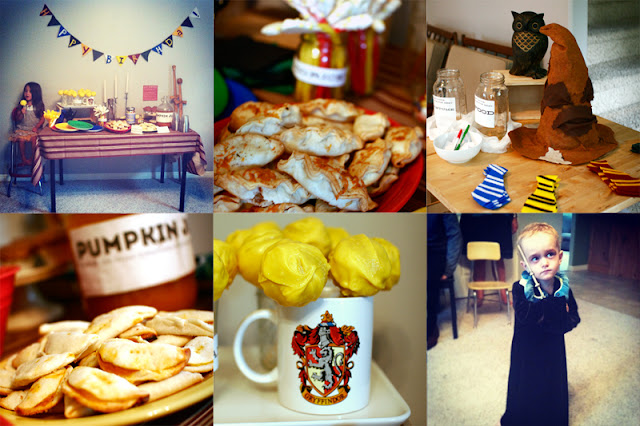 (left to right): The food table, complete with licorice wands, snitch cake pops, pumpkin juice, sorting-hat cupcakes, cornish pasties, pumpkin pastices, Bertie Bott's Every Flavor Beans... and more. // Some Cornish pasties. // The sorting hat! You could clip on a felt tie of your house if you didn't have a costume. // Pumpkin Pasties (mini pies) // Snitch Cake Pops, which did not turn out as awesome as hoped. // And Little Lord Voldemort, looking solemn and evil. 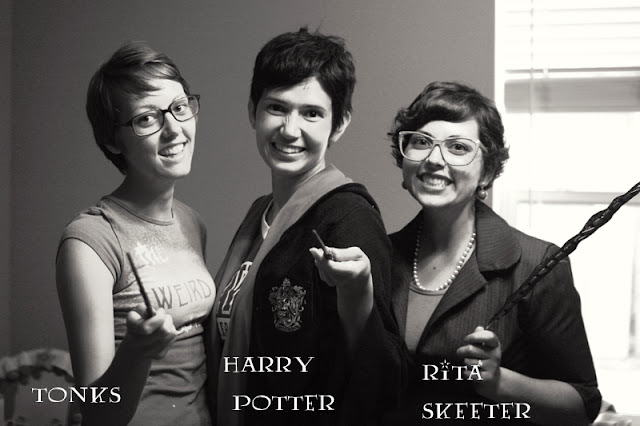 These two girls and I are the ones who planned and threw the party this year.  Don't mind that we all have the same hair cut.  :) 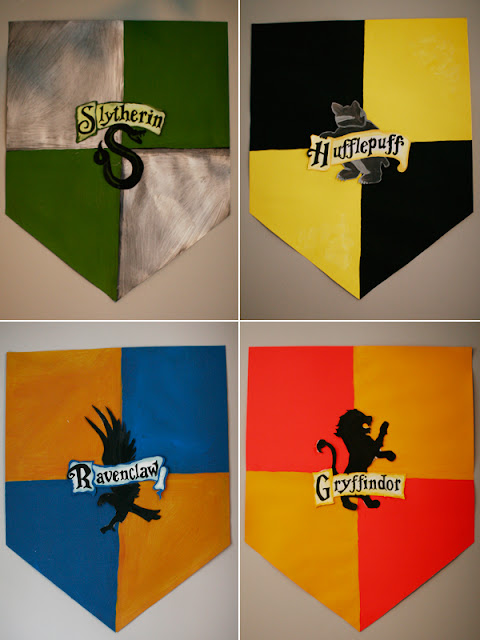 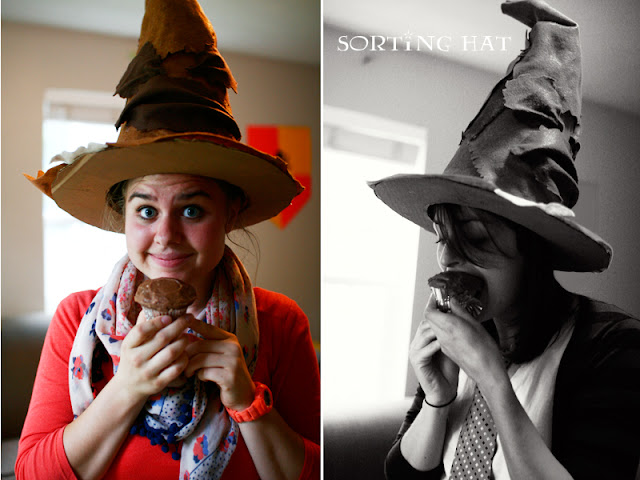 Eating their house cupcakes, while wearing the sorting hat.  The cupcakes were all frosted the same, but inside they had different  house colors. So when you took a bite, you got "sorted" into your house. Let's just take a moment to appreciate how genius that idea is.
And that AMAZING sorting hat? Hand-crafted by Becca, out of a bucket and some felt. Come on! It's so cool. 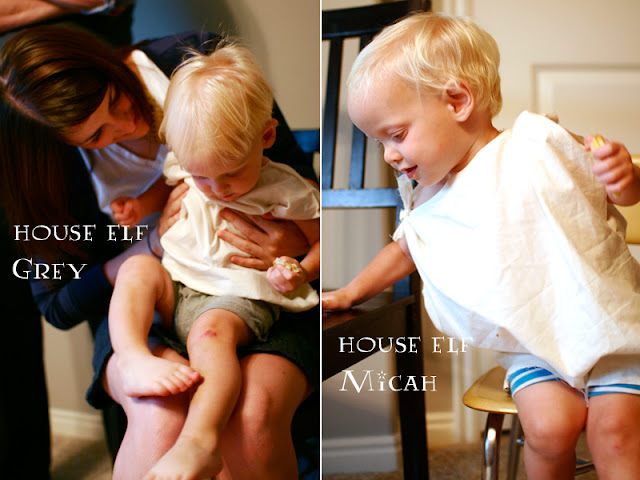 My boys were dressed as house elfs, and they were so wiggly and hyper (they were eating LOTS of candy, past their bedtime) that I hardly have any pictures of them. 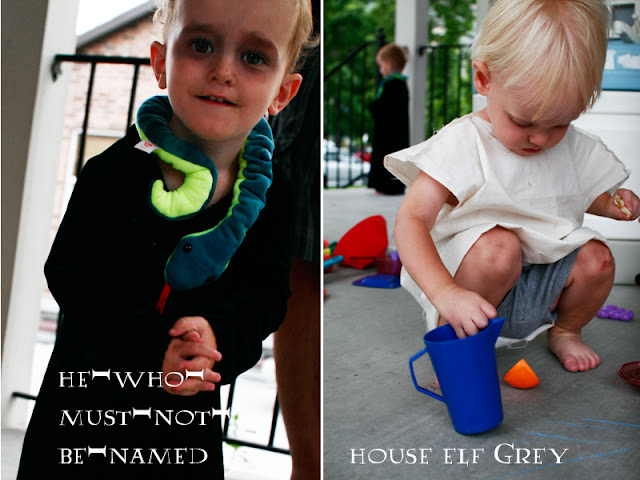 Finally they went outside, with their bestie Lord Voldemort, and Grey immediately started playing with the toy kitchen. Such a good little house elf. 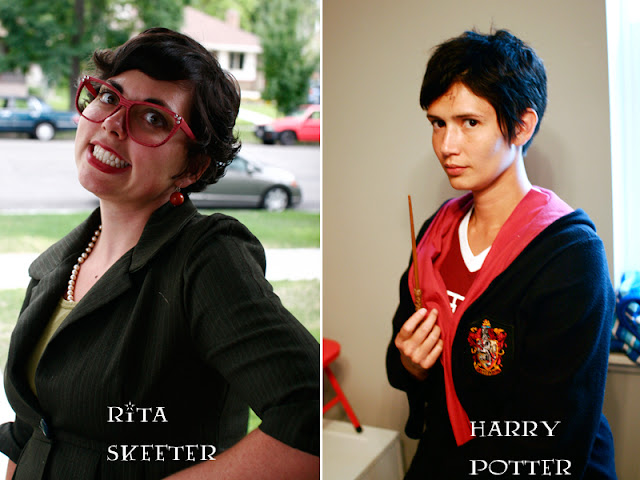 And some more pictures of Rita and Harry for good measure. Happy Birthday, you handsome... lady?

This is lovely. I am envious.

This is pretty much the best thing ever.

haha the little house elves costumes are the best!!!

okay, this is fantastic! Love the cupcake idea and am seriously impressed with that sorting hat! Looks like a fun party:)

Wow, let's hear it for Becka! Love the hat and posters! House Elves--too funny. LV is darling with his evil make up and stuffed snake! Nice job all!

Yeah I am totally stealing that cupcake for our party next year. This year we were trying to rig up some deal with putting someones phone on speaker phone inside the hat and the speaking into it. But as you can imagine it sort of didn't happen at all. OH and this year we made these butterbeer cupcakes and they were DElicious. they were from here: http://www.pastryaffair.com/blog/2011/7/14/butterbeer-cupcakes.html/

What a wonderful idea! It seems like everybody has a great time. I am also thinking to have a party in one of the home studios NYC on my birthday. It is actually a lot of fun! And I can see that here too. Although, my friends are planning a surprise for me I am hoping it to be something like this.