Maybe it's because I grew up in Minnesota, maybe it's just passed on through Scandinavian blood. But, man, I love snow.
I adore it. 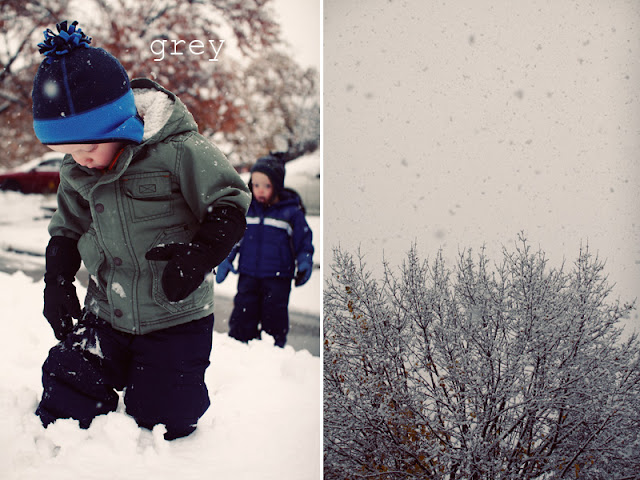 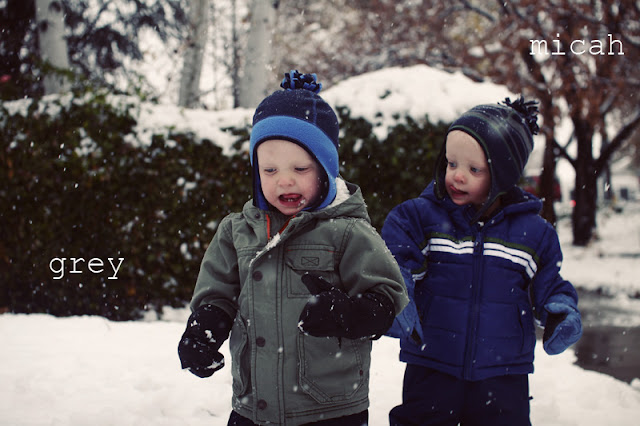 Every time I pass my windows and see those fat, fluffy flakes falling down I get warm, excited tinglies. My insides do a happy-dance lurch, and I can't help but do an excited little wiggle.
Glorious snow! Outside my window!
So what if it is ruining all our date night plans? So what if we never got around to taking our autumn family pictures? There are at least four inches of snow in my backyard and more falling every second! All those inconveniences are WORTH IT. Seeing Micah bundled up like a little Minnesotan marshmallow is the better than some ol' yellow leaves. 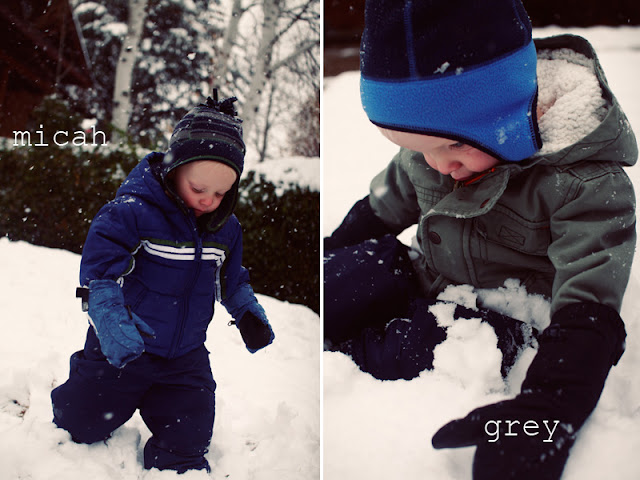 To my utter delight, the boys seem to feel the same way about the snow as I do. We spent nearly an hour running around outside today. Micah chanting his little incantation the whole time, "hup-ease, hup-ease." (Help, please.)
He wanted help walking through the snow, he wanted help packing snowballs, he wanted help pushing the sled back to the top of our "hill," he wanted help putting his mittens on 100 times, and of course, he wanted help when he fell over backwards and couldn't get up because of his bulky snow gear.
And when Micah buried his face in his soggy-mittened hands because the wind was blowing snow in his eyes, I saw Grey throw his head back, open his mouth, and stick out his tongue.
It doesn't get any better than that, people. That is the epitome of toddler-cuteness. 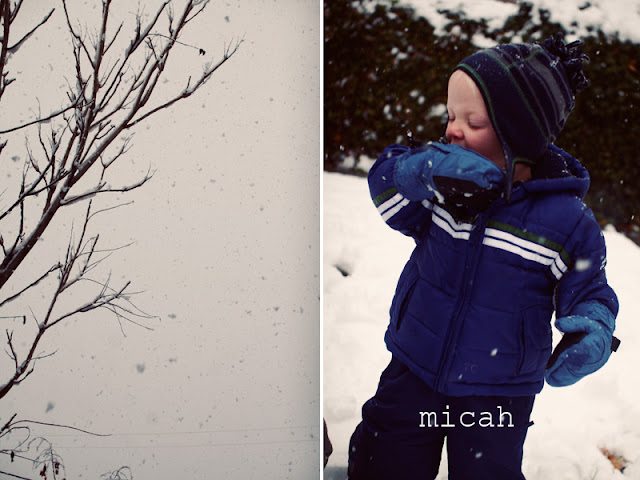 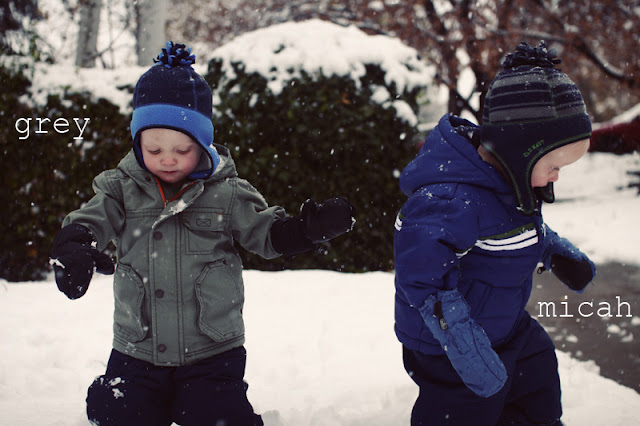 I only had my camera outside for about three minutes, because the snow was falling really fast and it was really wet, and I was worried about the consequences of letting my camera get soaked. Several other times, however, I found myself thinking "consequences be damned, I have to capture this cuteness!" So I pulled out my iPhone and took some more pictures, and here they are: 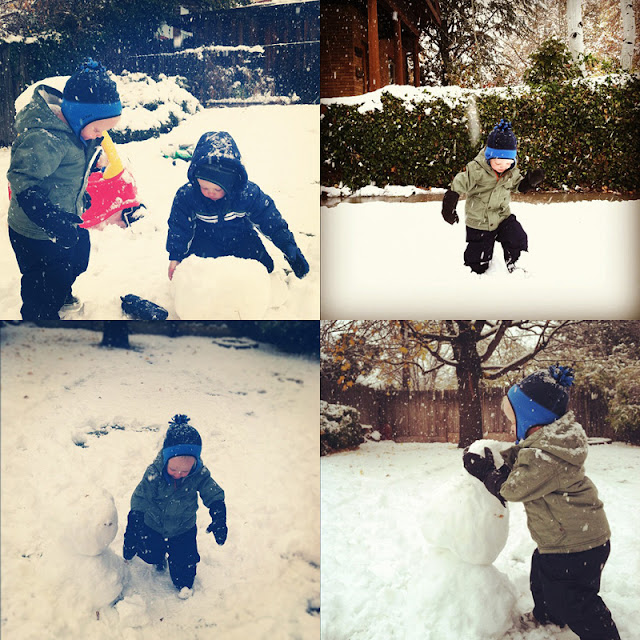 I tried to build a snowman for the boys. They knocked it down. // Frolicking. // Grey started to feel bad about knocking off Snowy's head, so he picked it up. // And put it back (or what was left, which was a very tiny head.)

Do you love the snow?

Posted by Becky Pitcher at 4:00 PM

yup...I love love love the snow and I am getting so jealous hearing of everyone's snowy days! it looks so lovely! really, I am the same. I grew up in Boston where we get tons and tons of snow, and I still can't get enough of it. It's the best. haha

Such fun photos! They are loving it!

I love snow, but we have it from november till may..