Last week was pretty rough. We spent all day, every day, inside our house. Mostly in our pjs. The boys fought us when we tried to make them sleep without bottles, and I spent a lot of time pacing the kitchen saying, "If we were good parents, we wouldn't take away something they love. And we aren't just taking away bottles, we're taking away sleep. They love sleep. They aren't sleeping! What if we've ruined sleep for them for the rest of their lives?"
Good news though, they've now gone two whole days without any problems. They've gone to bed and naps without bottles or tears, and they've slept for nice long periods of time. Suddenly, it's awesome here again. Except actually, right now it's not. Right now, Micah is screaming as loud as he can in his bed (and has been for the last 30 minutes) because he got his arm stuck in between the crib bars, and I went in and unstuck it and then left again. And he's pissed.
If he wakes up his brother, who happens to be battling some vomit-bug, I'll probably die.
But anyway. Here are some pictures from the week. For two crabby little pains in the butt, they're pretty darn cute. 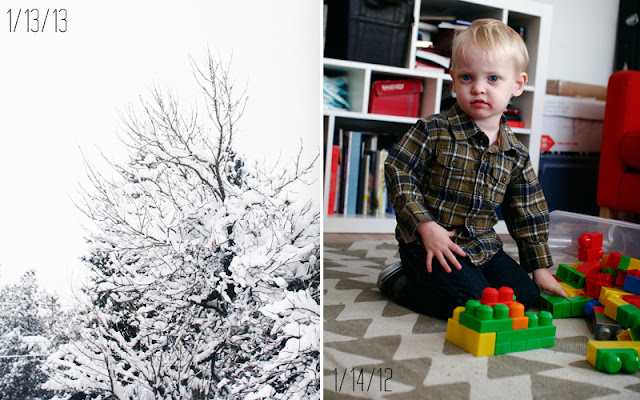 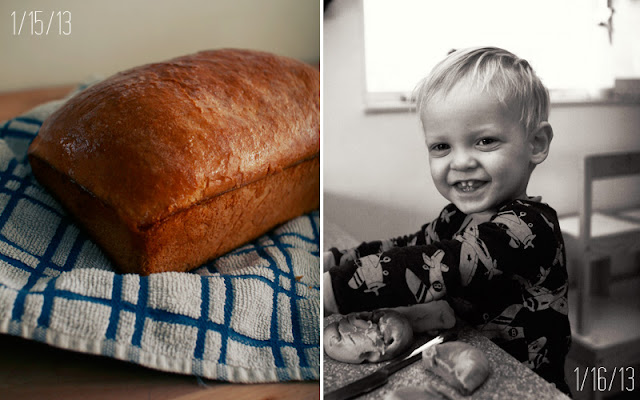 Tues Jan 15: This week, the only food that Micah will eat is bread and jam. (Who can blame him? DELICIOUS.) // Wed Jan 17: Happy Grey playing with playdough. 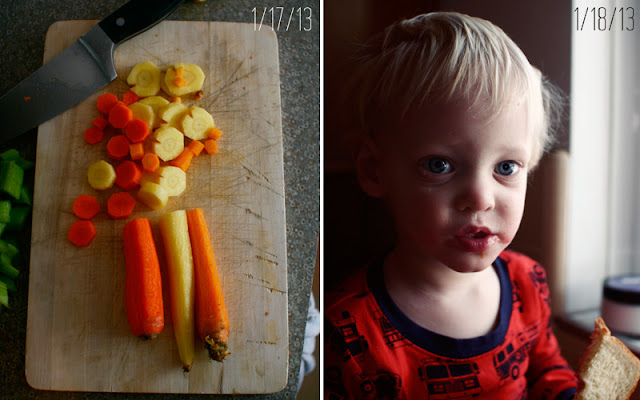 Pictures exist from Saturday, but they are currently trapped on my camera, since Travis stole my card reader. (Or rather, he reclaimed his card reader, which I have been using for several months.)
But my mother-in-law sent me this picture: 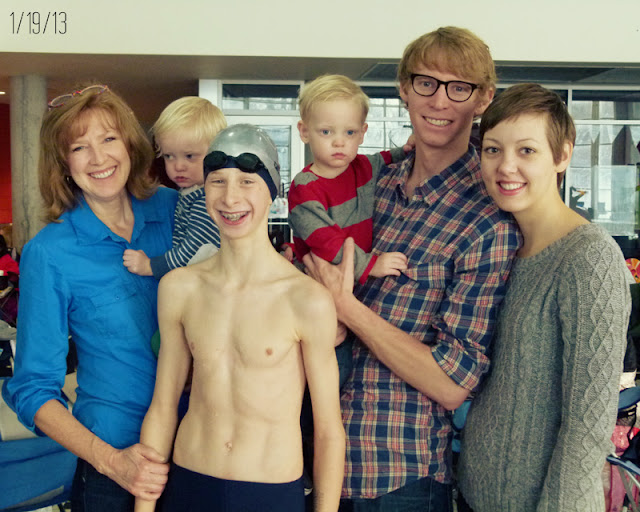 Sat Jan 19: Travis and the boys and I went to watch Tate's swim meet, he made a couple new state times. Yay Tate!

But don't worry, just because I took a holiday yesterday (it was a nap-free chaotic morning and a puke-filled chaotic evening, with a surprisingly fun trip to an aquarium in between), I'm going to probably post another blog post today.
Just for you.