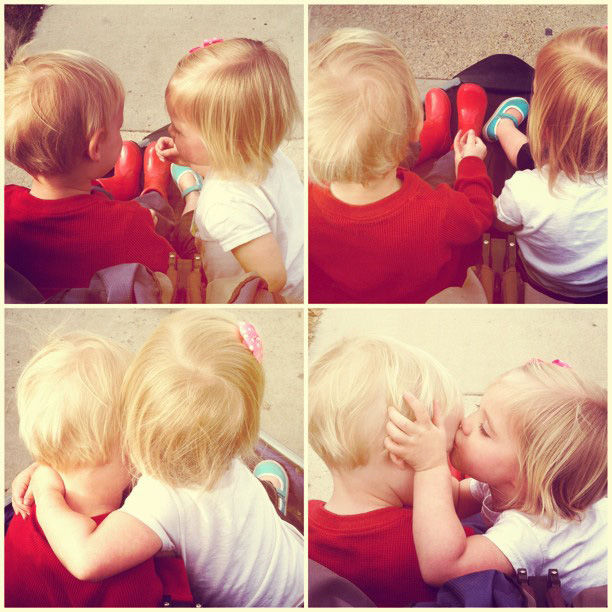 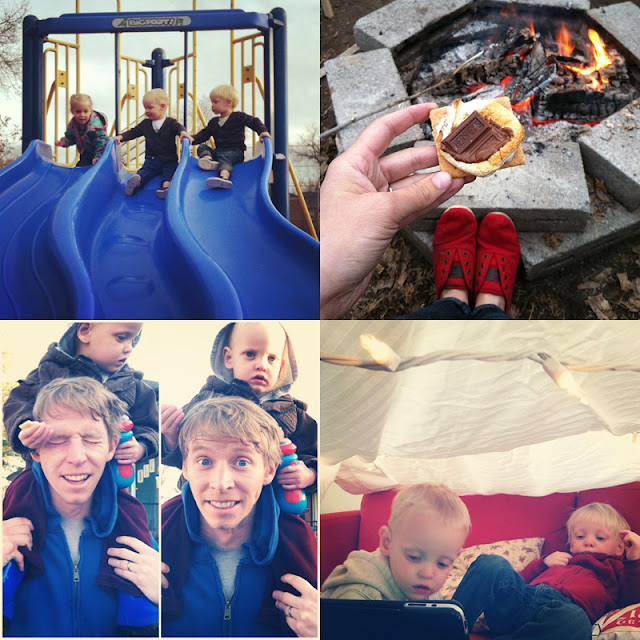 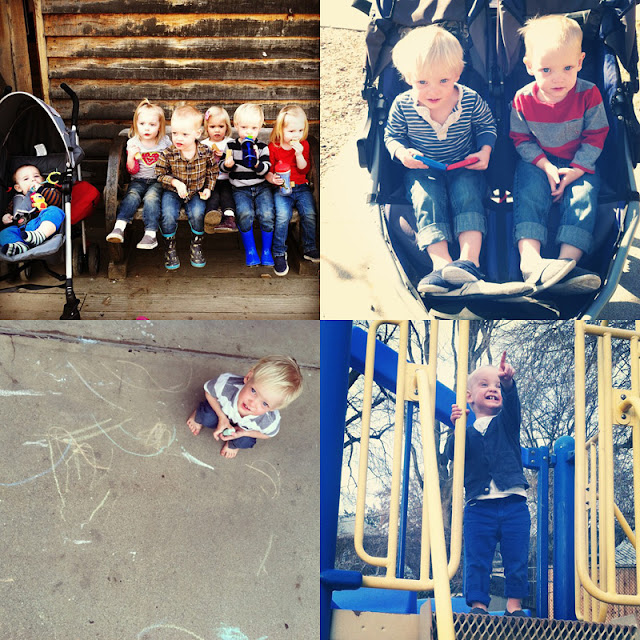 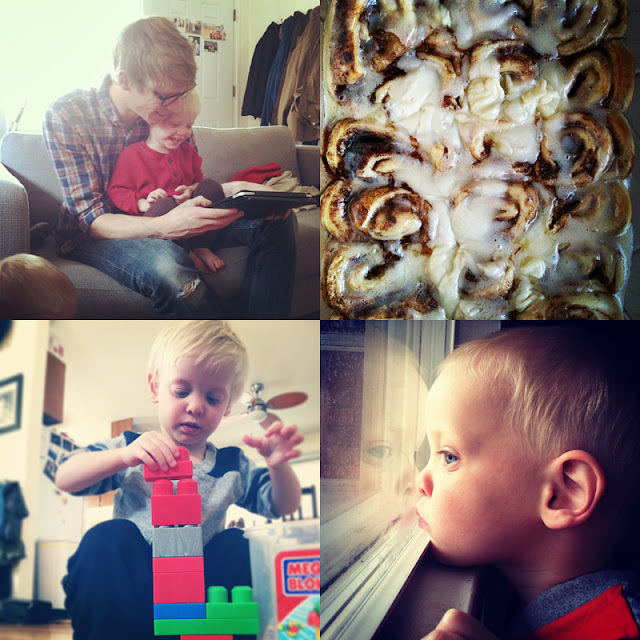 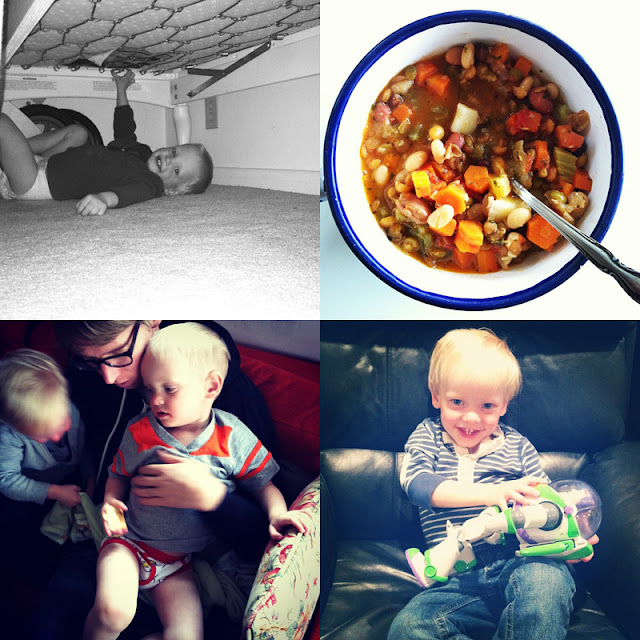 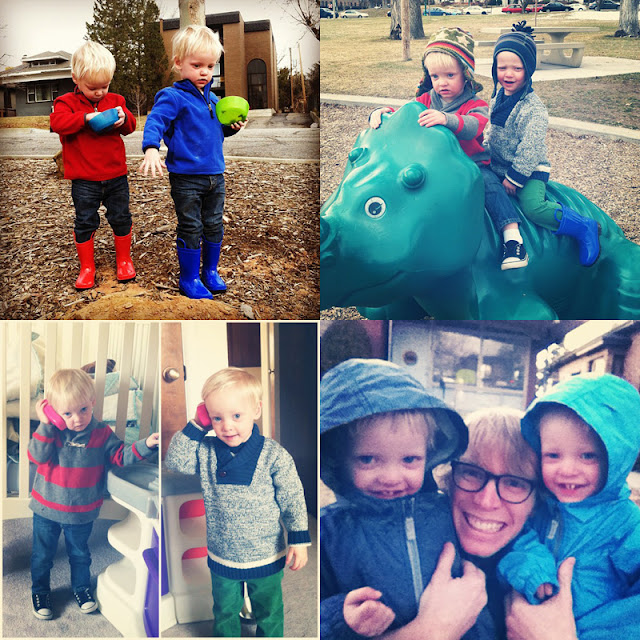 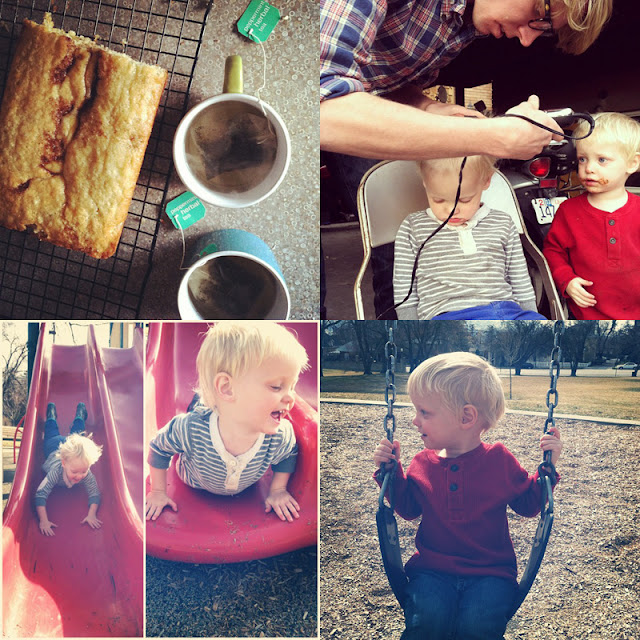 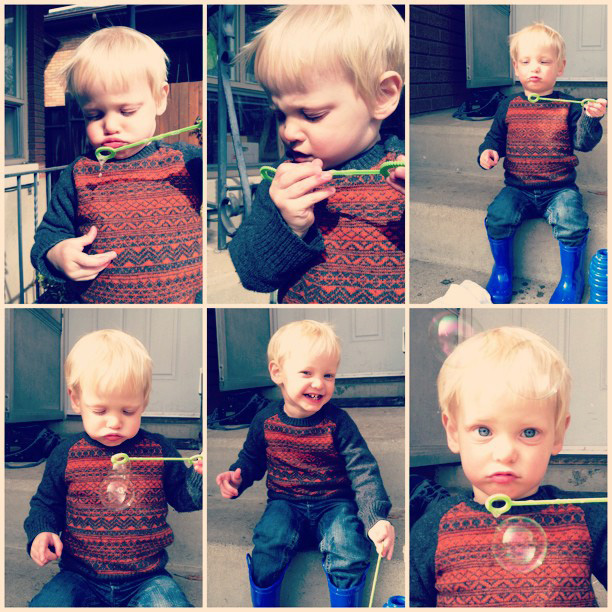 Another, because I can't help it, and to illustrate how well he confuses and gets me off-topic:

*Lying in bed after having recently reread "The Family: A Proclamation to the World."

Becky: Travis, "Children are an heritage to the Lord."
Travis: Mmm-hmm. Yes.
Becky: And God's children have been asked to "Multiply and Replenish the Earth..."
Travis: We did multiply.
Becky: Yeah, but only by two.
Travis: We multiplied by one.
Becky: No. Two multiplied by one is two.
Travis: Exactly. And we have two kids.
Becky: No. We multiplied by two- so now there are four of us.
Travis: So we're both right.
Becky: No. What you're describing isn't just multiplying, it's also addition. Because you're multiplying two by one, but then adding it to the original two. But the two that you multiplied is the original two. That's too confusing.
Travis: I think you're bad at math.
Becky: I think we should multiply by... um, addition. By one.

Lest you think that Travis is a Tina Fey style BossyPants who stomps around being in charge of my uterus, let me assure you that this is just a lighthearted, ongoing conversation about our readiness to have kids - on which I am on the pro-side, and Travis is on the con-side.
We have a similar almost-daily discussion about our readiness for Travis to own a motorcycle, in which our roles are reversed. And in which he makes some very convincing arguments. Like this:

Travis: Becky, did you know that the Royal Enfield Motorcycle, the one I want, is the same motorcycle that Hagrid drives in the movies?
Becky: What! That's awes - I mean, so dumb. Who cares?
Travis: Just think! We could get the same motorcycle as Sirius Black. We could get you a little sidecar to ride in, just like Harry rides in when he's escaping from Privet Drive and Voldemort!
Becky: FINE.
Travis: And this particular model -
Becky: I SAID FINE. Get it! I want the sidecar to be carseat-ready, though!

Sigh. He really knows my weak spots. Harry Potter and Math.
Luckily, I know he said that Grey and Micah are his, (quote:) "best friends."
So. Who doesn't want more friends? 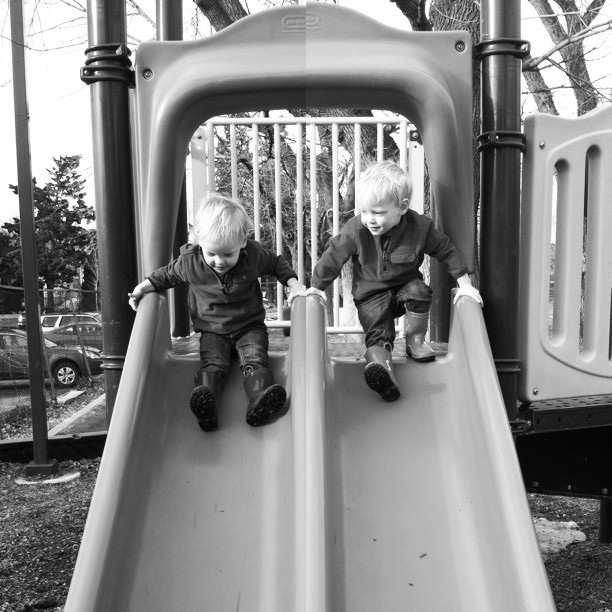 Posted by Becky Pitcher at 5:03 AM

I love reading your conversations. I think it is hilarious because that is very similar to how conversations go in my house as well. Harry Potter is one of my weak points too!

It seems like you have the winning arguments. I'm just saying. I'm pro-more babies.