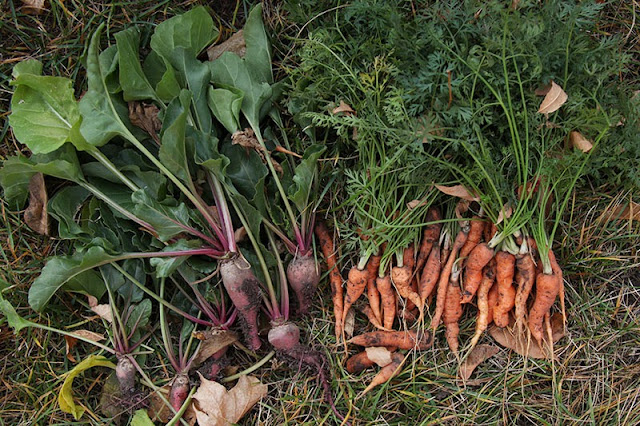 Utah doesn't seem to know that it's practically Christmas. We've had beautiful, sunny, early-fall weather all week! Often in the 50s or even 60s!
You're killing me, Utah.
But, expecting snow (and preparing for lots of vacations), we signed off on the garden months ago.
It hasn't been weeded, watered, or even remotely tended.
Today, playing in the backyard with our downstairs neighbors she asked, "Do you think we should clear out these beds?"
They were filled with overrun (and brown) watermelon vines and dead leaves that had fallen from the trees.
Meh. I guess so. 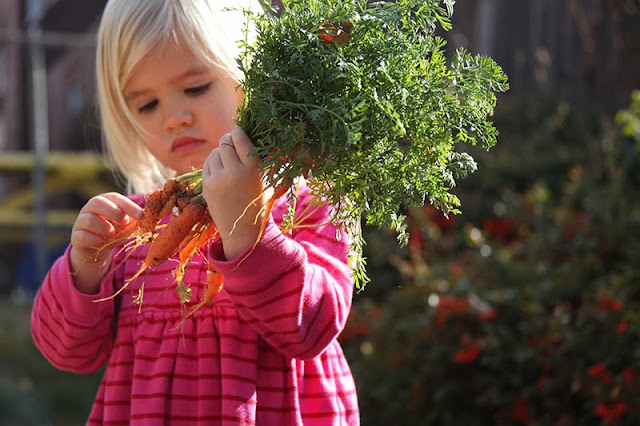 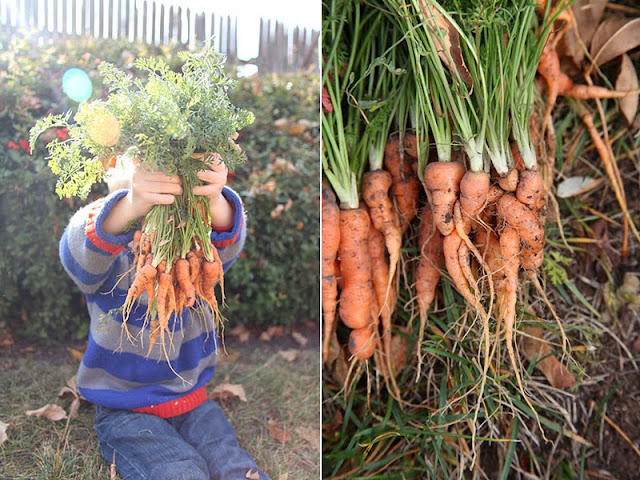 And look what we found!
Almost enough food for a small family of four to eat with their dinner!
So. It wasn't a ton, but they're so colorful and tasty and WE GREW THEM IN THE GROUND AND PULLED THEM OUT, so we're pretty excited.
Grey was begging to eat some carrots, despite the dirt. So I finally consented and told him to go for it. Haha, I guess he wasn't sure where to start. 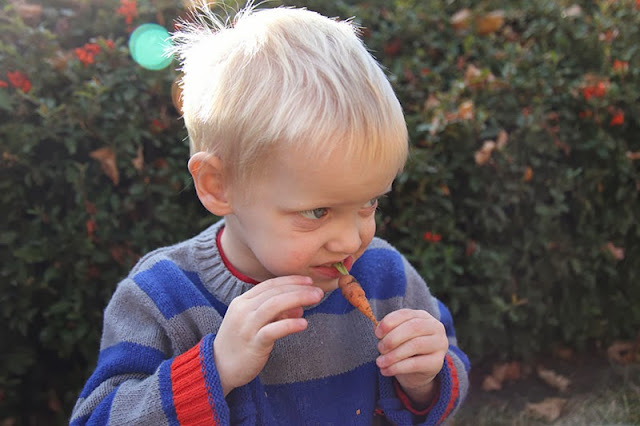 Later, Elizabeth and I were sitting in the yard talking when we realized none of the kids were in sight.  When we found them, they were inside, crowded around a bathroom sink- trying to scrub their carrots clean.
Even though I proved this year that I'm a terrible and lazy gardener, I'm still grateful for this small chance to show my kids where food comes from.
Because good food (fruit, vegetable, animal or nut), comes from the earth.
And it's just in time for Thanksgiving!