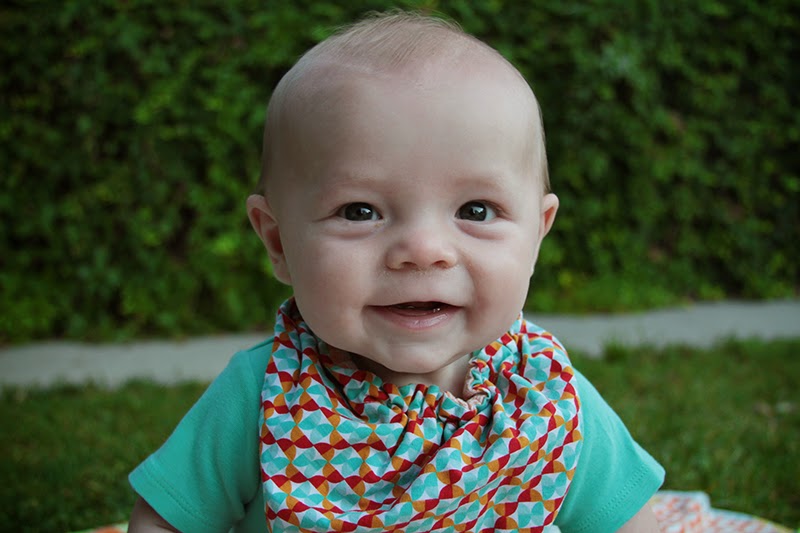 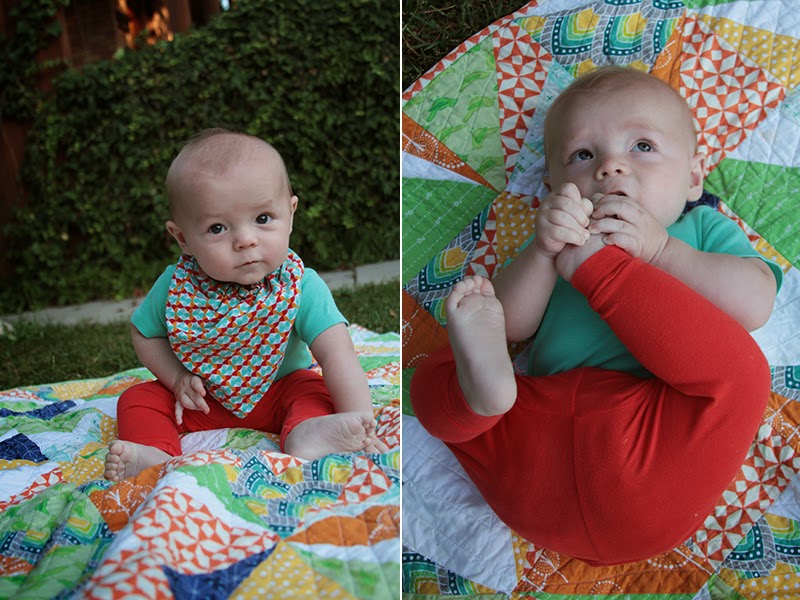 After typing those words, I looked out my front window and saw one of my other sons peeing in the front yard.
We live in a neighborhood, guys. Sheesh.
My other child is in his room, screaming for a donut at the top of his lungs. I guess that one is my fault, because I foolishly gave him a donut yesterday.
It's been one of those freaking days.

So this boy. This boy who pees in pretty cloth diapers only, and never, ever screams at me because he wants something (not yet, anyway). He is such a big, happy boy. He sits up, he chews away fiercely at anything he can get his hands on, and he has recently discovered his toes. Oh! I love when they find their toes. He is very ticklish, and easily entertained, even by things that I think are overwhelming or painful (ie: his brothers). In fact, he loves his brothers so much that when they spent the night at their grandma's house this weekend, August was pretty whiney (as whiney as he gets, anyway). He was bored and annoyed with me and became ecstatically happy when the boys came home, barreling through the door like Tasmanian devils. 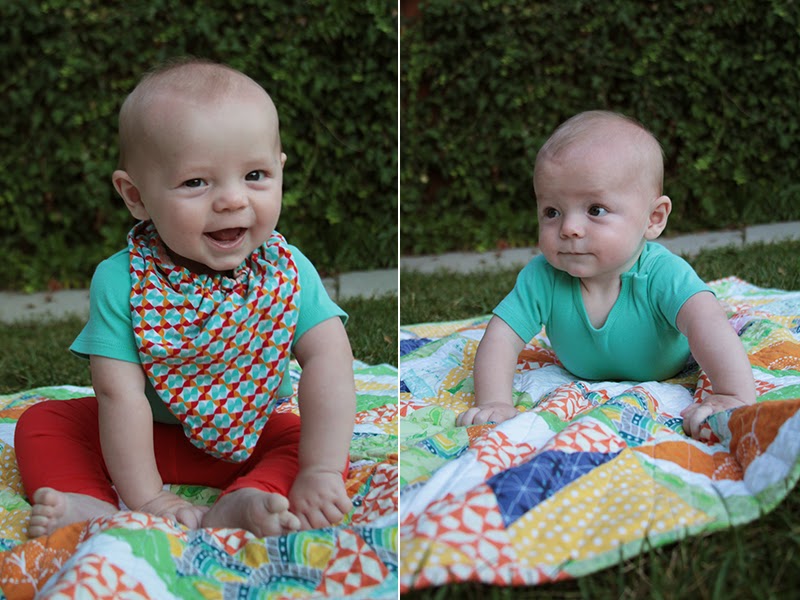 He still doesn't sleep through the night, but he's happy waiting longer periods of time between daytime meals. He needs to wear a bib almost all the time, because he drools so much and non stop.
He still doesn't roll over, but he pushes himself up with his arms straight under his belly when he's on his stomach. I think he doesn't roll over, mostly because he doesn't need to, because his big cloth diapers make it tricky, and because he honestly doesn't get enough tummy time. Now that he can sit up, I just sit him up instead of lying him down. When he does get tummy time, though, he can move around in a circle, with his feet anchored at the center, so he turns around to watch the boys. 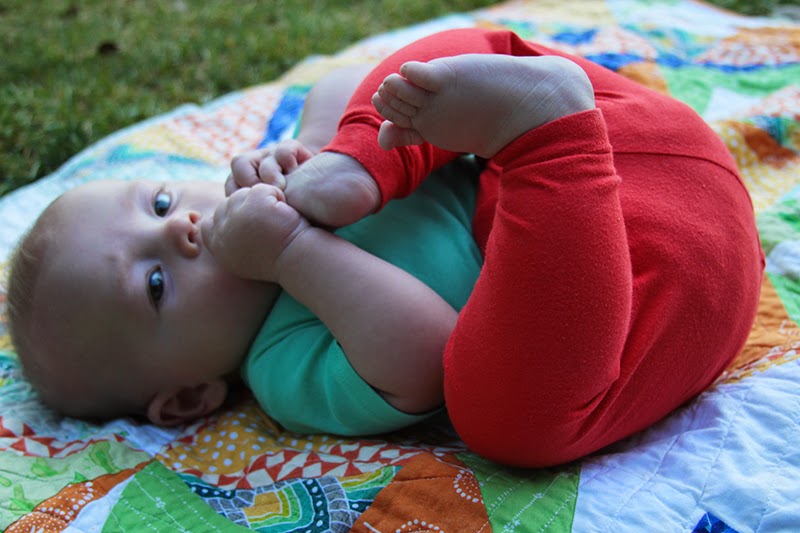 Posted by Becky Pitcher at 6:30 AM

What an absolutely beautiful baby

He is such a handsome little dude!