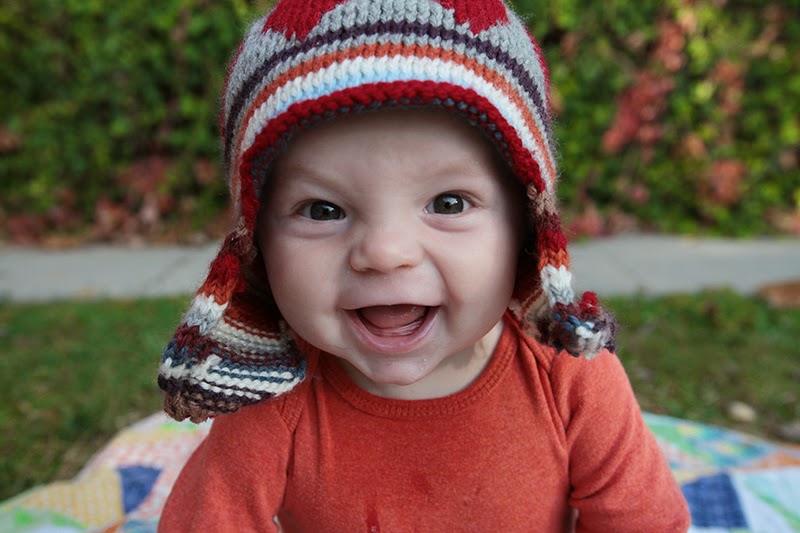 Our perfect little brother is 6 months old!
On pretty much a daily basis, someone says to me, "Oh! He is the best/happiest/nicest baby!"
And that is because it is true.
He doesn't cry, he rarely fusses. He isn't afraid of strangers. He falls asleep anywhere and in anyone's arms. He's just happy and smiley and pleasant. It is extremely easy to get him to smile, laugh, or (my favorite) scream with hysterical joy.

He gets shots, he barely whimpers. His brother punches him in the chest (playfully?) and he laughs in delight. He lies in his bed and puts himself to sleep. He wakes up in the night and starts cooing, talking, and giggling to himself. He takes long naps. He snuggles. He is basically perfect, and I don't think I'm biased for saying so. I cannot believe how good he is.

At six months old, August has rolled over a handful of times, but still only seems to do it accidentally. Instead, he is trying diligently to learn to crawl! When he is on his stomach, he pushes himself up as high as he can, and wiggles his knees like he's trying to get them under him- but he hasn't managed it yet. Instead, he just turns in a circle. From sitting, he will put his hands down on floor and lean forward, like he's going to lunge (and sometimes he does lunge, but it's always a face plant.)  That being said, it doesn't matter how far away I place things from him, if he wants them - he'll get them. I'm not even sure how. 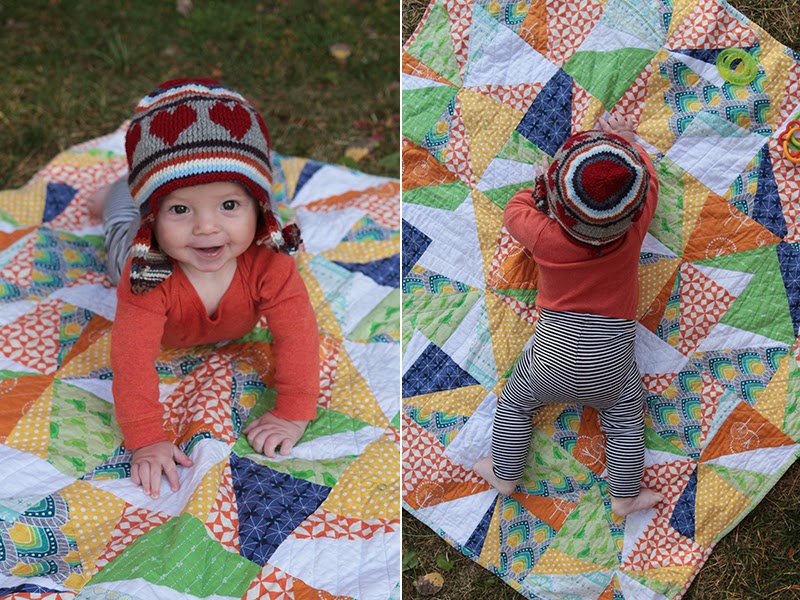 He is especially interested in mobile devices and food.
He wants cell phones and iPads so badly. If he manages to get his hands on one and you take it away, he will actually shriek and cry! (Something he pretty much never does, unless he's hurt.) When he gets a phone, he starts panting in delight like a little puppy.

He is also really, really into food. If it's in a bowl, if we are eating it, if he sees utensils - get that into his mouth! He wants to chew on everything, and isn't interested in being fed. He wants to feed himself. August can devour an entire banana (by which, of course, I mean: he can smush an entire banana into his own face and manage to swallow about half of it), if handed a banana. If you try to spoon-feed him a banana, he is much less interested, but will still get through 1/3-1/2 of one in one sitting.
He is extremely interested in drinking from cups and water bottles, and if someone is drinking in his vicinity, he pants and waves his hands around and follows your motions like a cat watching a canary until you let him slobber and spit into your water. (At which point in time, he will assume that your water is now his, and never let you take it away.) 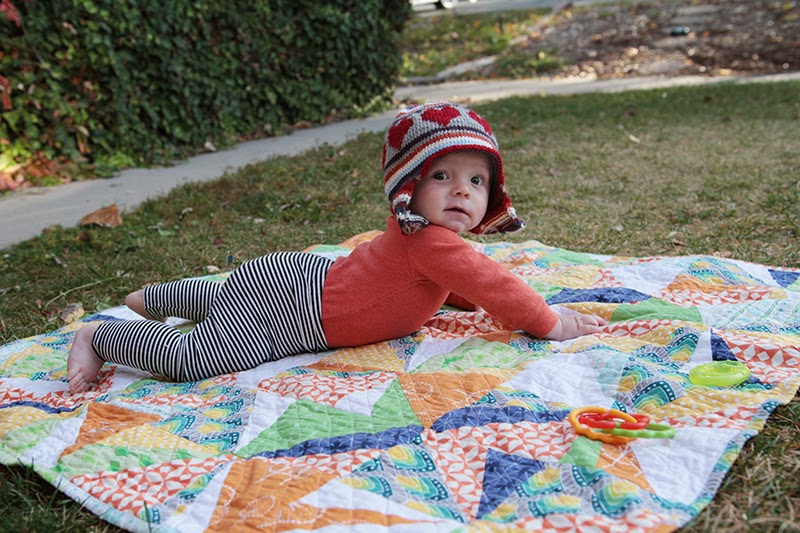 He is still ridiculously obsessed with his brothers, and doesn't care that they literally punch him as a game. They pile on top of him, they knock him over when he's sitting up, they pull on his legs when he's in the high chair. And he loves it. He doesn't mind the physical abuse, but he does occasionally get frightened by the constant screaming into his face, and then he'll start to whimper pathetically. It's very sad.

He still wants to nurse every 3-4 hours all day and all night. Bleh! But I find I don't mind waking up to him that much, since he wakes up talking. If I ignore him, he'll lie and talk for over an hour, sometimes longer! So I usually just nurse him so he'll be quiet and I can go back to sleep!
We love this little boy. Like, so, so much. 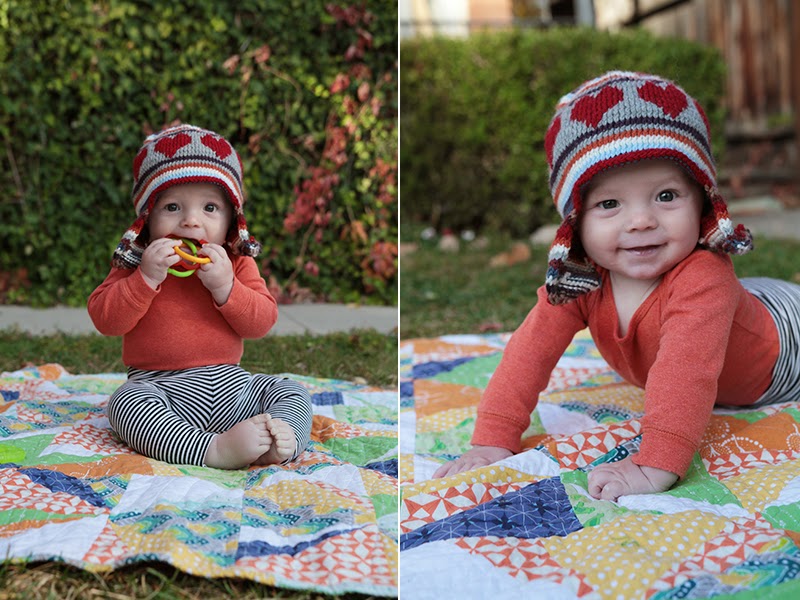