There wasn't so much a lake as a pond at our campground, but the water was cool (not cold) and refreshing. We swam to the floating dock, and then took to the kayaks. Grey and Micah had so much fun being passed from person to person. They especially loved riding in the kayak with Noelle, as they got to paddle by themselves. 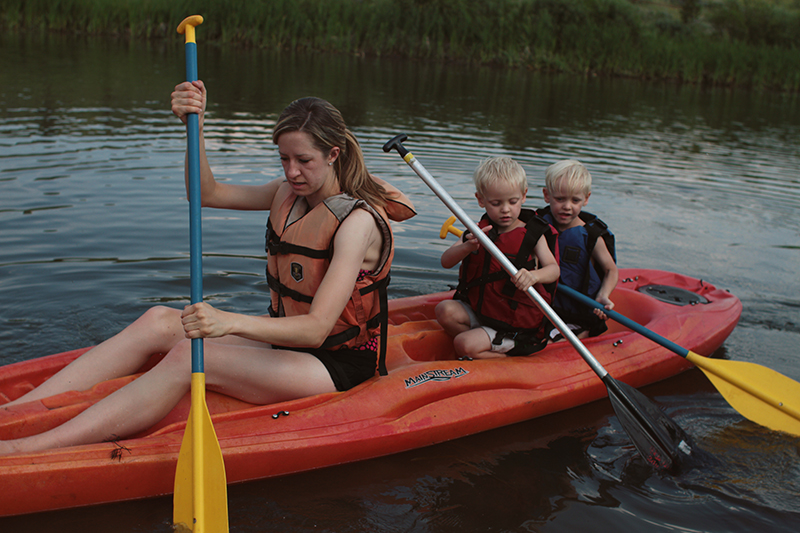 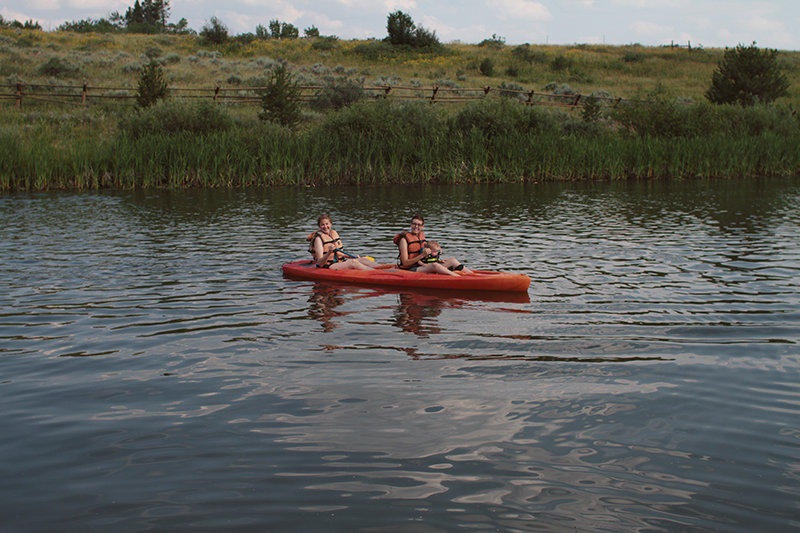 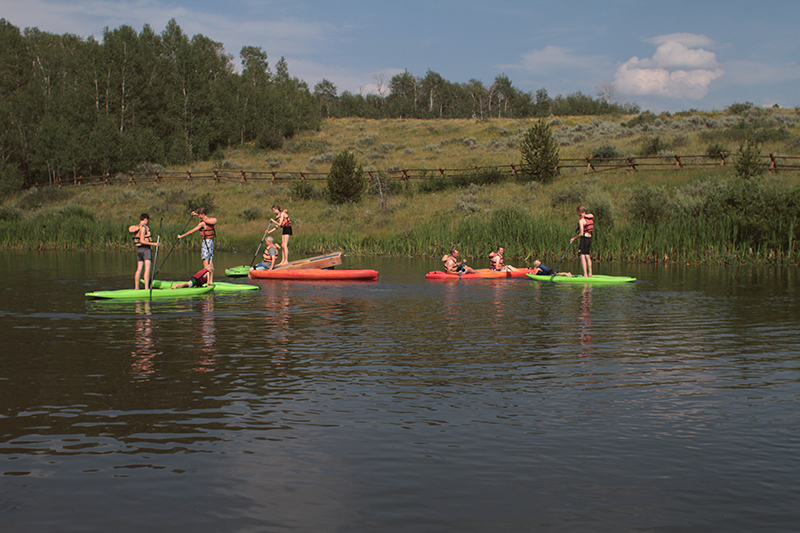 The above picture is so hilarious to me! Haha, that's how small the pond was! Each of us was all crowded around the middle, bumping into each other, trading children and paddles, and having fun. 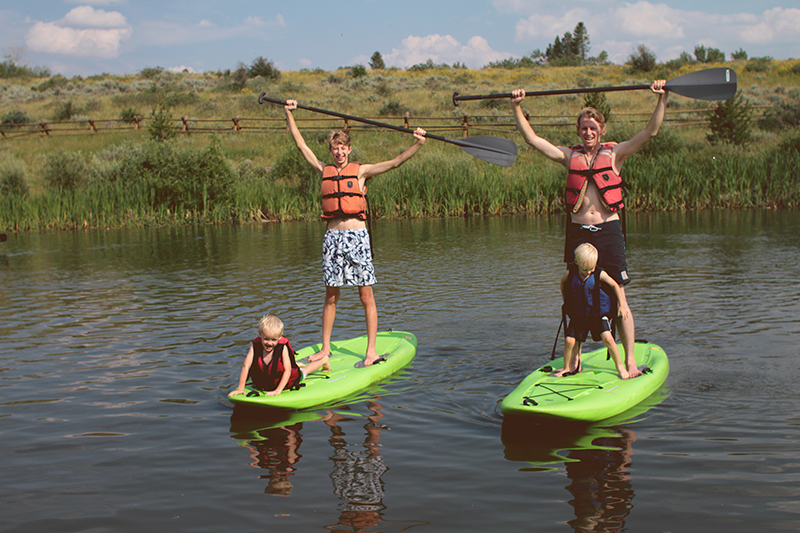 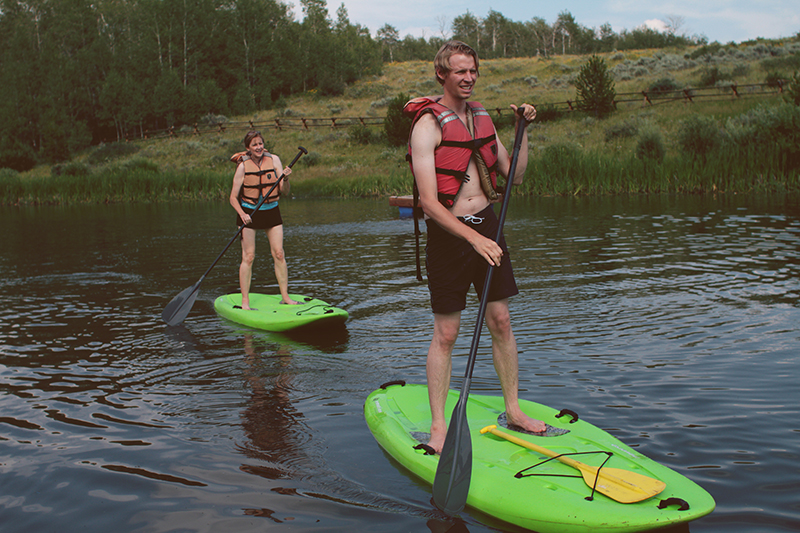 Travis' life jacket didn't fit, and instead of getting a bigger size, he just rocked the women's small. What a classy dude.

We also went rock climbing, ziplining, and on a giant rope swing. It was my favorite part of the trip. I wish I could do the swing a hundred times. I don't really have any problem with heights, so it was really exhilarating and cool! The zipline was a little scarier, though. No matter how you feel about heights, it's still nerve wracking to step off a platform that's 45 feet above the ground and hope that you're properly hooked in and don't fall to your death. It's that first step that's a doozy! 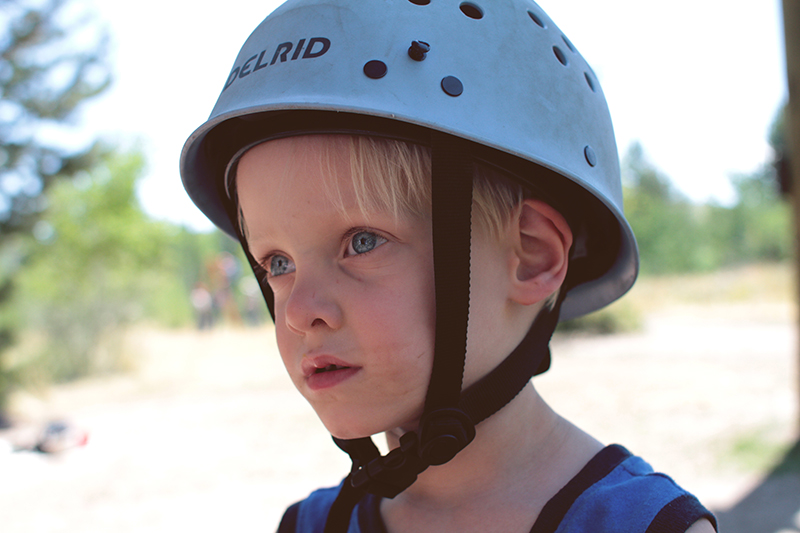 Brave little Micah, listening to the rock-climbing rules. Both the boys climbed a bit on the wall and everyone was pretty darn impressed - except me! I've seen them climb much better and higher and wanted them to show off a little! Sheesh. Tiger Mom, much? 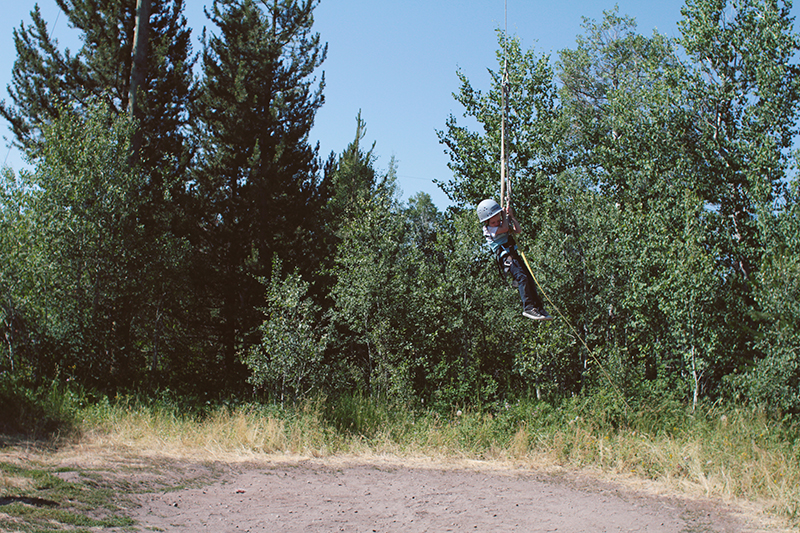 Grey on the giant rope swing. The boys didn't get the full-swing experience, as they weren't lifted up to the platform (45 feet up) and then dropped, but they did get to swing around about 10 feet up. 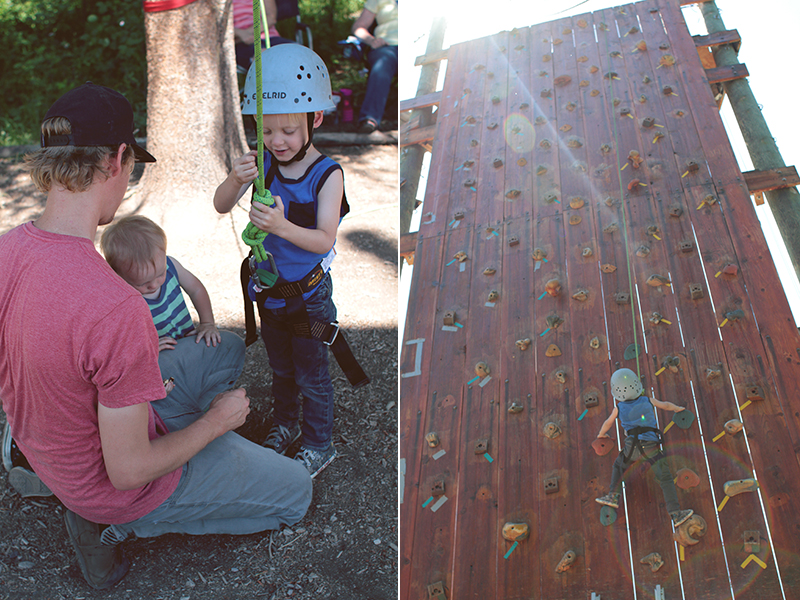 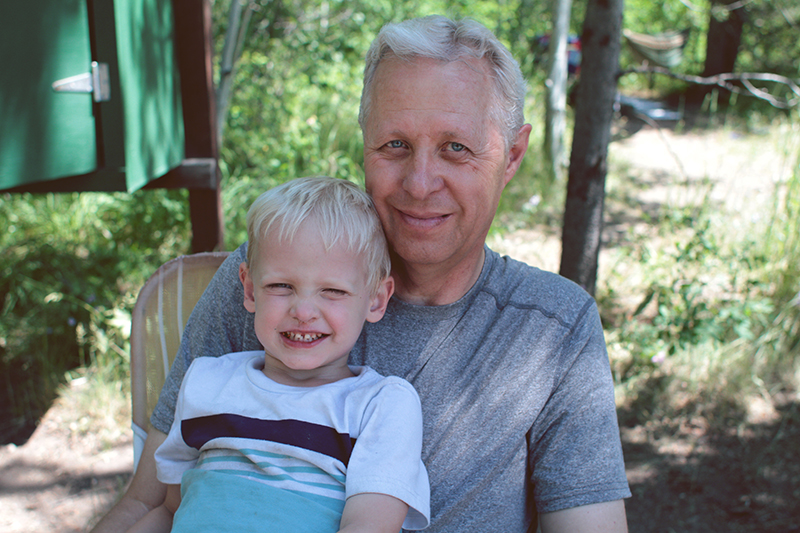 We had so much fun! I'm really glad that we've been able to spend so much time in the mountains this summer. We've gone camping about every other weekend, and hiking or exploring at least once a week. The boys were so heartbroken about leaving to come back home and spent most of the ride back discussing their plans to move to the woods and live in a cabin where they could hike and swim all day. I know three children who don't mind hotdogs and marshmallows for every meal and would rather sleep in sleeping bags than in tents. They also collect flashlights, love putting on sunblock, and would forge rivers all day if allowed.
Basically, they're mountain men.
Posted by Becky Pitcher at 7:30 AM

And so begins their journey that contines from boyhood thru manhood. what lucky little boys!