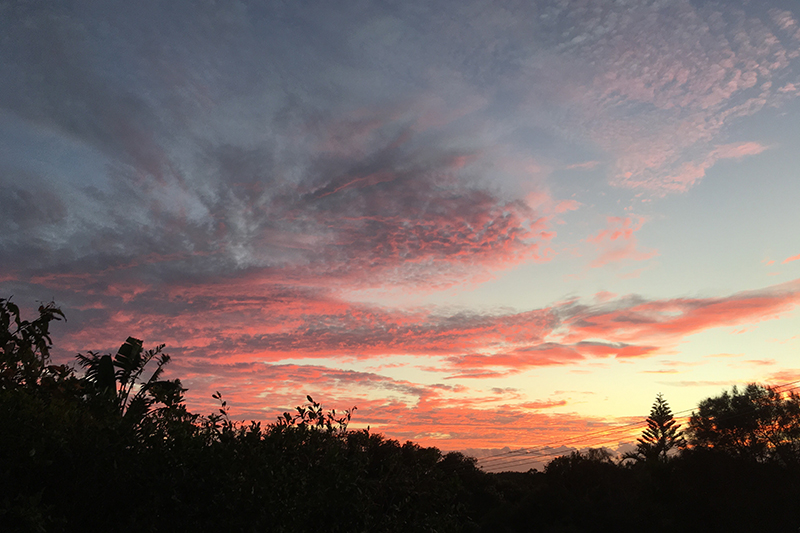 My favorite days (and Travis' LEAST favorite!) are the days when Joe calls in the morning and says "We don't need you until noon," and then he calls again at 11am and says "We don't need you until 4pm!"
Those are the days we get to have Travis come adventuring with us!
We are leaving Coolum tomorrow, so I was really excited to have Travis for the day on Saturday, and insisted we go back and visit Noosa Head together. (The national beach-forest that I took the boys to with such pathetic results.) 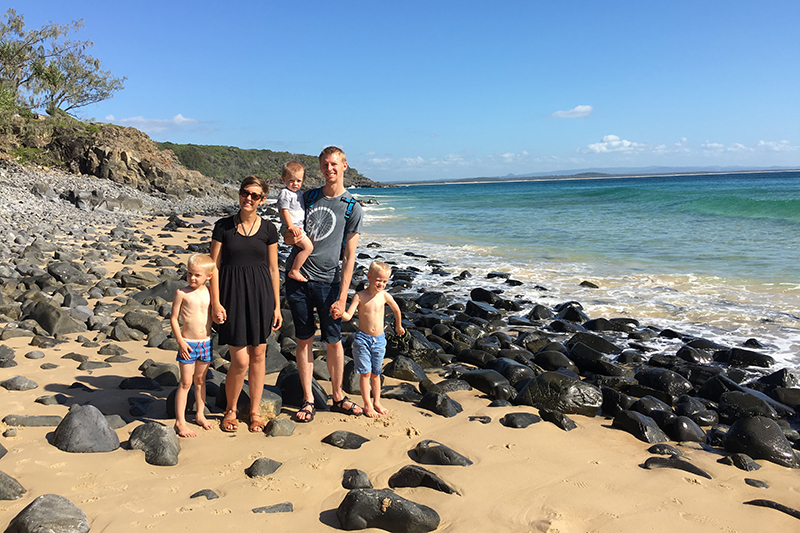 This time, we were hiking prepared. The boys had swimsuits under their shorts (they insisted on shorts) and we had lots of snacks, sunscreen, and a dad to carry sleepy babies.
We only passed about two other families with children (we hardly see any kids on Sunshine Coast!) and several people commented on how impressed they were with the boys' hiking ability. We only hiked about 4 miles total- but one man even asked, "How did these kids get up here? Did you carry them?" No!
Well... okay. August was carried a little. 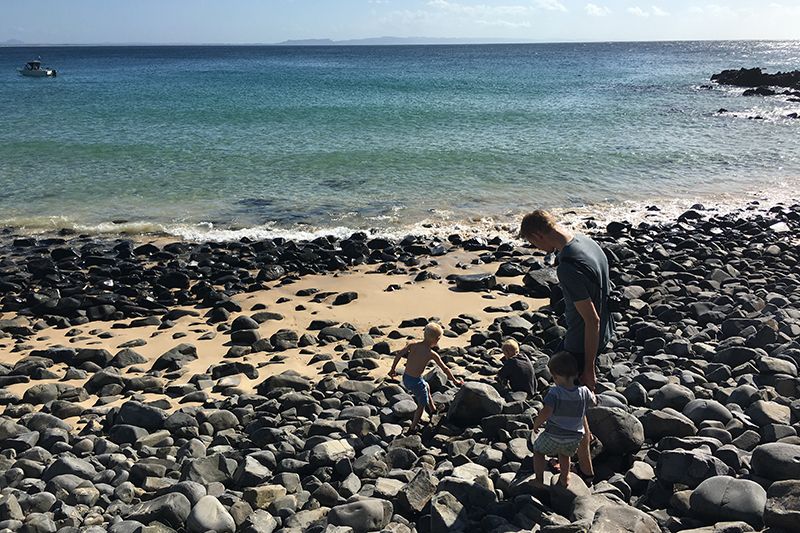 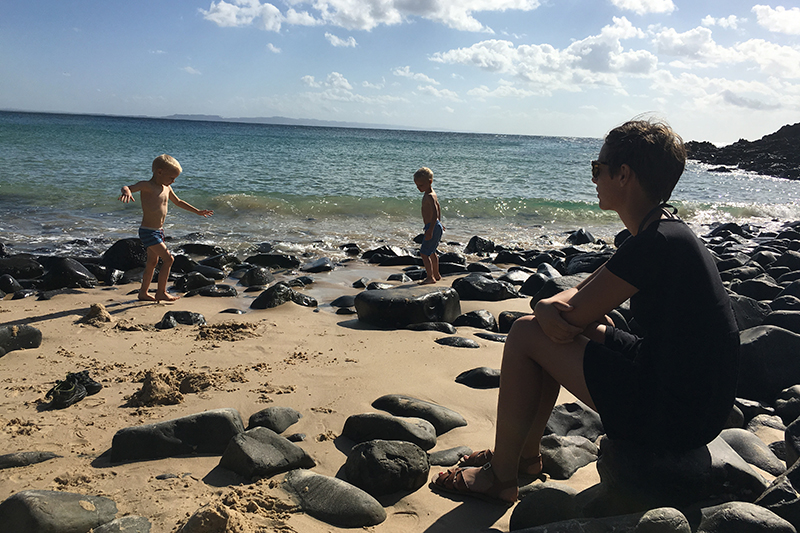 The hike was so much more fun this time, and not just because there was no whining. Travis is much more adventuresome than I about leaving the path and exploring with the boys. He lead us down to a pretty little cove that was filled with fairy pools! They were tucked away, up on the rocks, but they were very deep and clear pools of water- full of tropical ocean fish, crabs, anemone and more. It was so beautiful!
Unfortunately, my camera was slung around my back as we were standing on some cliffs- looking out at the water. When a huge wave came up, I turned around quickly to shepherd children back up to safety and got hit in the back with the water! The camera won't turn on, so hopefully it isn't ruined and all our pictures aren't lost! In the mean time, we are living mostly on iPhone pictures, anyway. 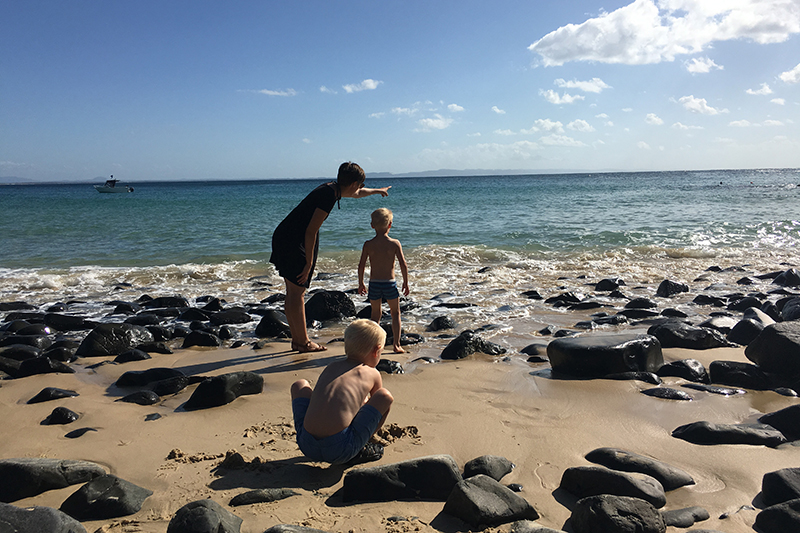 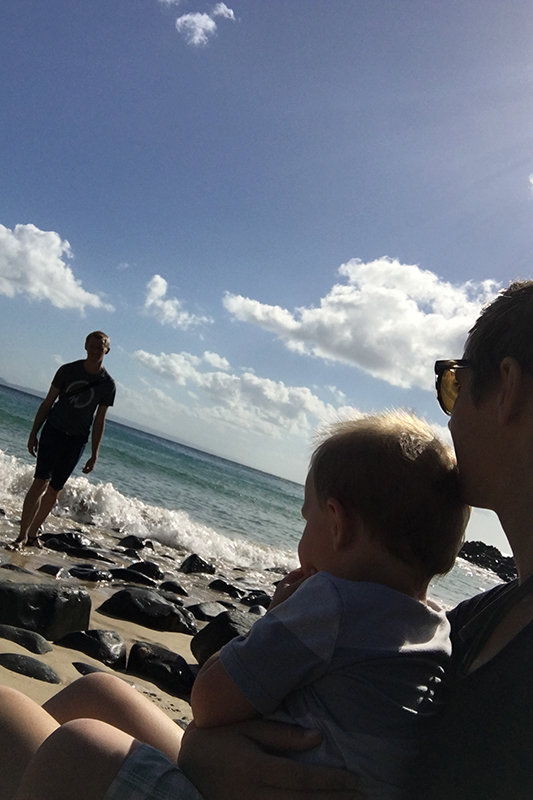 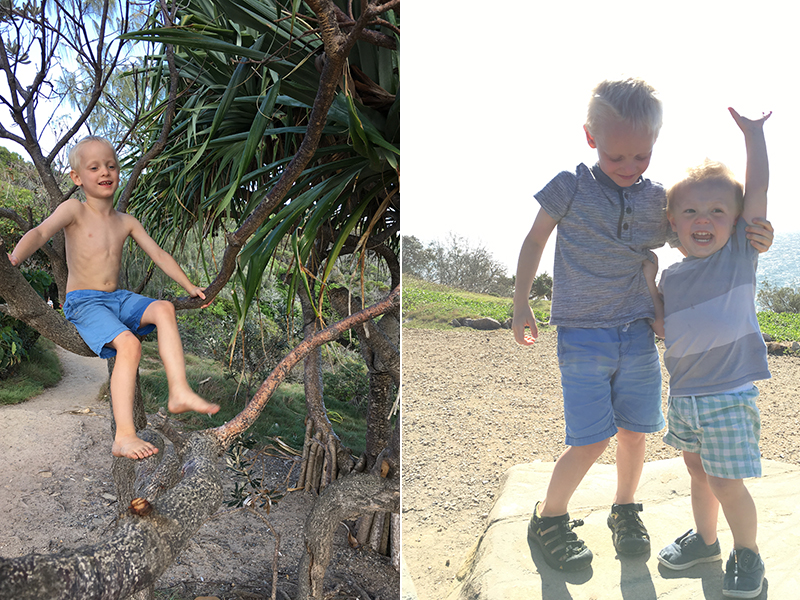 It was a fun, busy Saturday. On Sunday, we decided to attend the other ward at the church building. They meet at 9am and we hadn't made it there yet. Now we are so disappointed that we didn't go there every week! It was full of kids and young families. Several moms asked if we could get together- including a woman pregnant with twins! A few women were from Salt Lake, and the boys' Primary teacher was from Park City. And with an ice-cream social afterwards? Well, what's not to love? 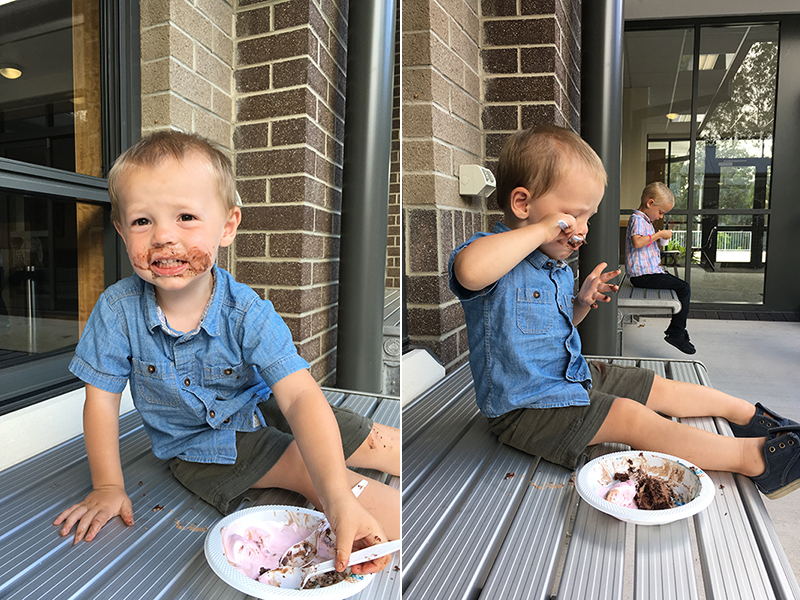 On the way home from Noosa on Saturday, we noticed the tire on the car was flat. We filled it up, but it was flat again on Sunday morning- and again after church! I felt pretty accomplished getting everyone to church by myself, filling up tires on the way! But I felt really nervous about taking everyone to the airport in that car. 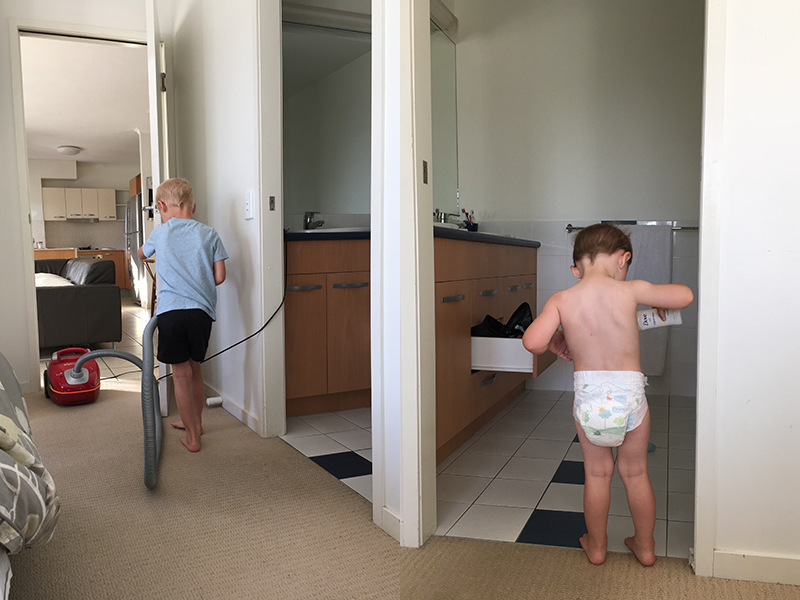 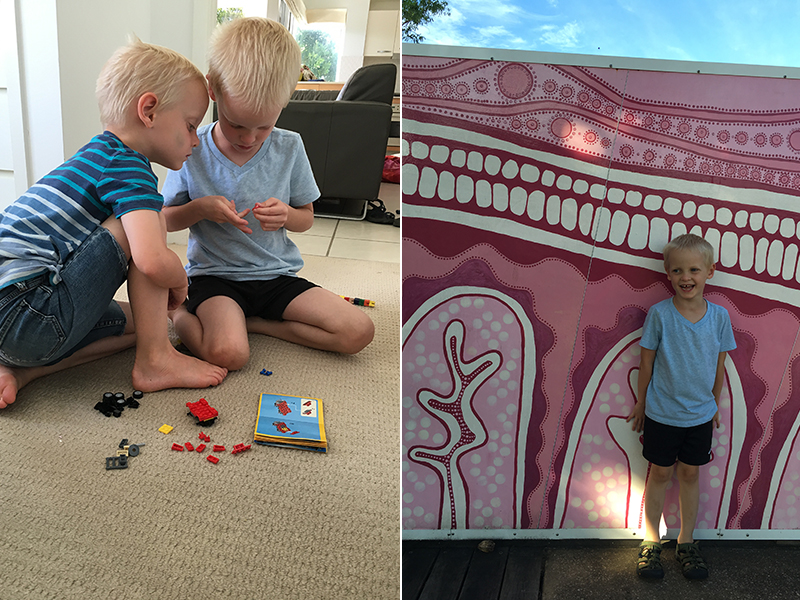 Travis took the car today (Monday) to get replaced, so we spent the day "at home" in Coolum Beach, saying goodbye to the playgrounds and beaches that we've gotten to know so well in the last three weeks. And cleaning and packing up the apartment we've been in.
It's been good to us- but we are excited for our next adventure! 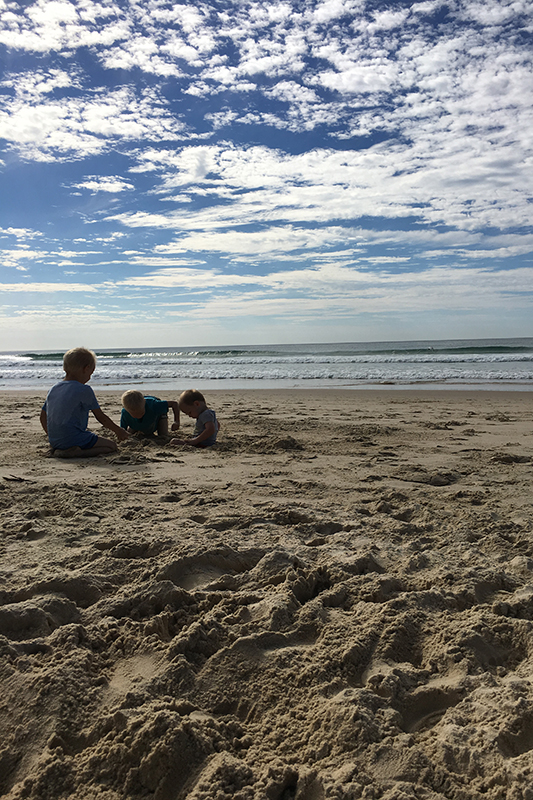 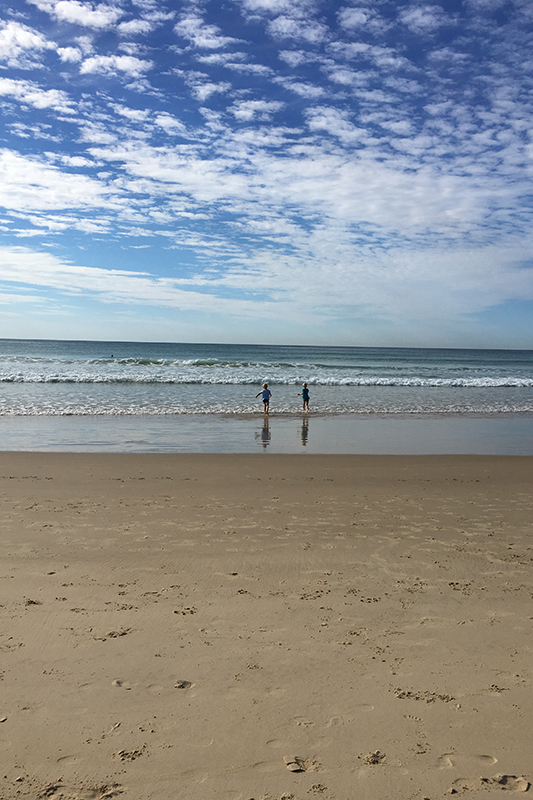 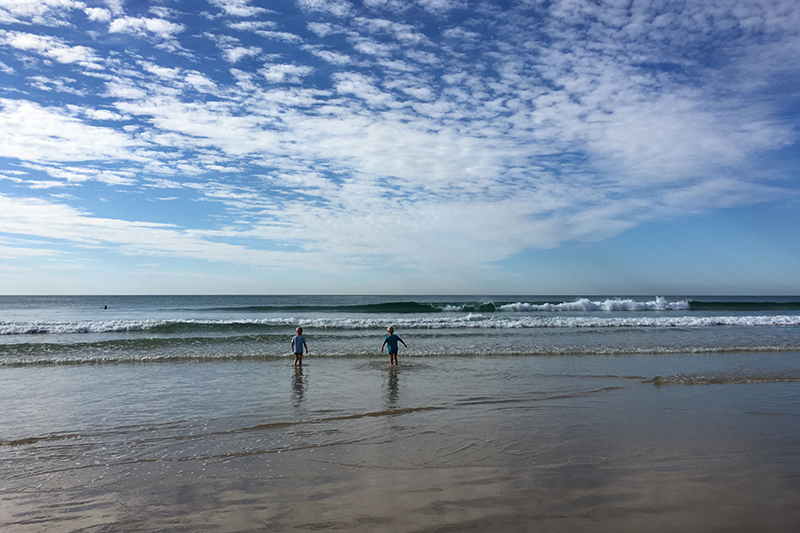 Posted by Becky Pitcher at 2:42 PM

What a wonderful, wonderful trip! One you will always remember. Darling boys, darling mom and dad, I love you all! Thanks for sharing!

Hope everything is ok with you and your family. I miss your posts!