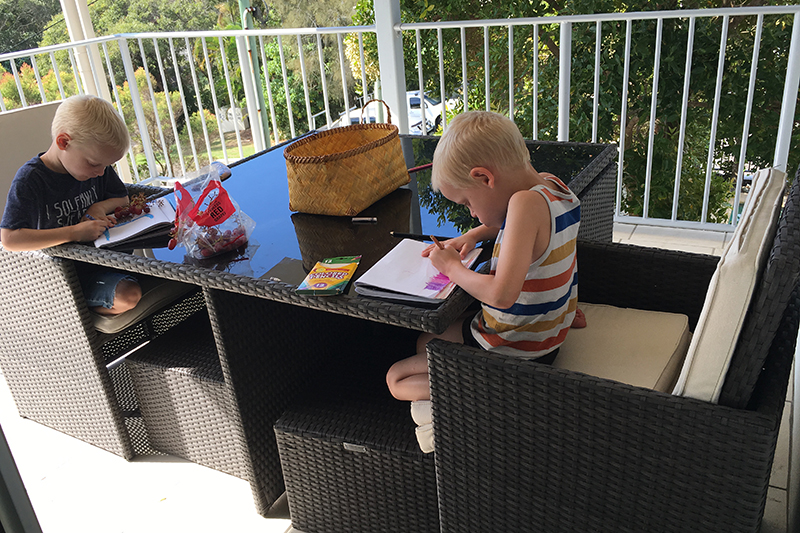 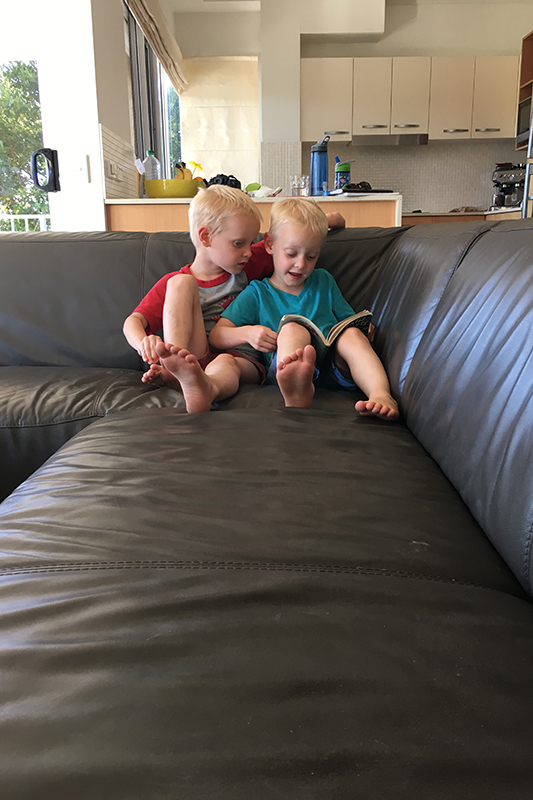 Very little has happened this week, we've spent a lot more time building with little Lego sets, coloring, and reading together- though! It's a great change from the iPad. Travis gave me a blessing (like a prayer for someone else), and in it he talked about what a good mother I am and that both he and Heavenly Father are proud of me and love me. Since then, I seriously feel a million times better.

Travis has also been making an effort to say encouraging and grateful things to me, like "You're so amazing and capable- I'm so grateful that you're raising the boys the way you are."
It's silly that those little things make such a difference to me, but they really do! 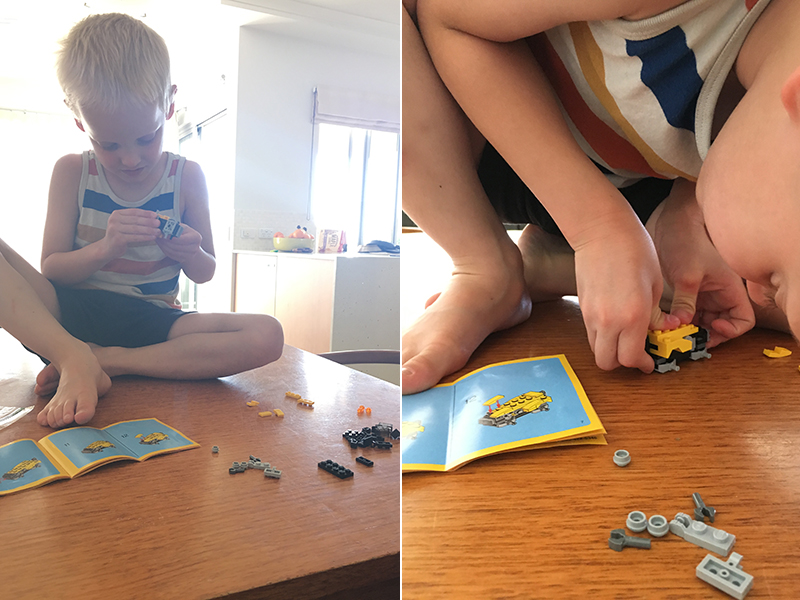 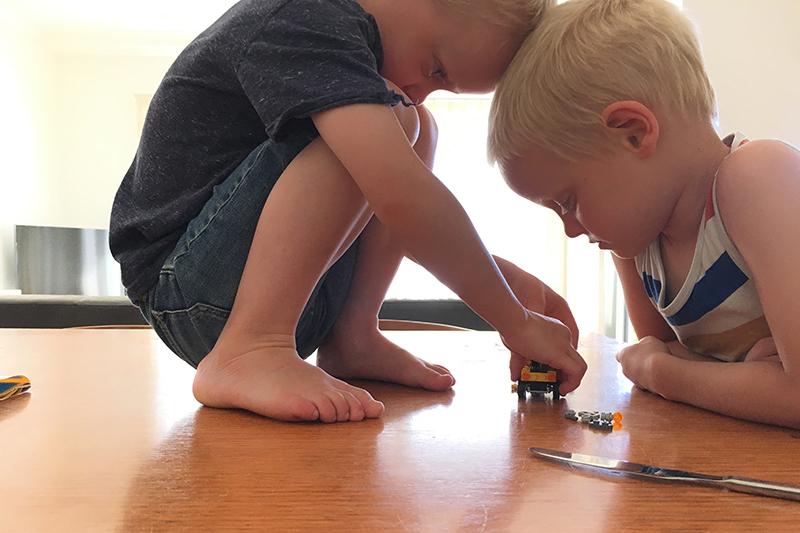 We've been really lucky, too, because Travis doesn't have to start work most mornings until about 9:30 (Australians are... not hard workers. Which is super frustrating for Travis- but wonderful for me!)
So most mornings, Travis gets up early and goes surfing by about 6 or 7. The boys and I eat breakfast and get ready and meet him down by the water around 8 and we all spend an hour or so together at the beach before the day starts! It really helps all of us to be on to a schedule that we can depend on. Travis has been surfing with Tyler Bingham most mornings (another American that he's been working with a lot.) and the other day he took some pictures of us. It's nice to have pictures with our whole family in them! 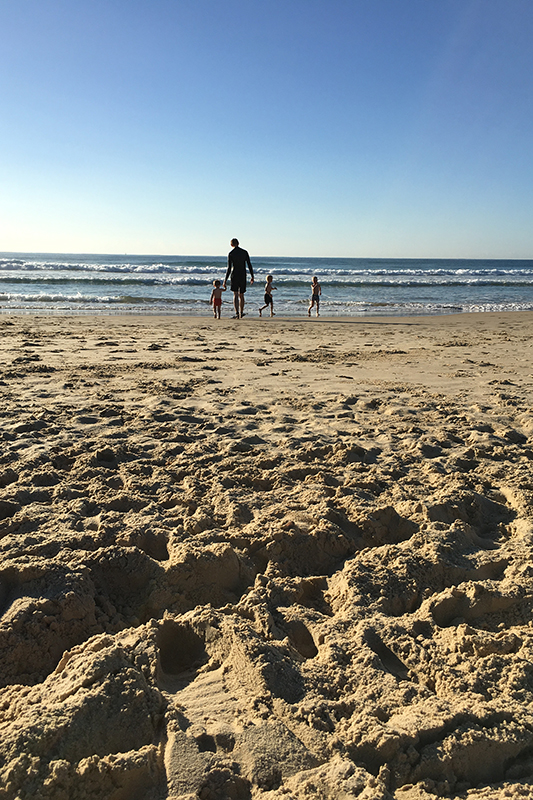 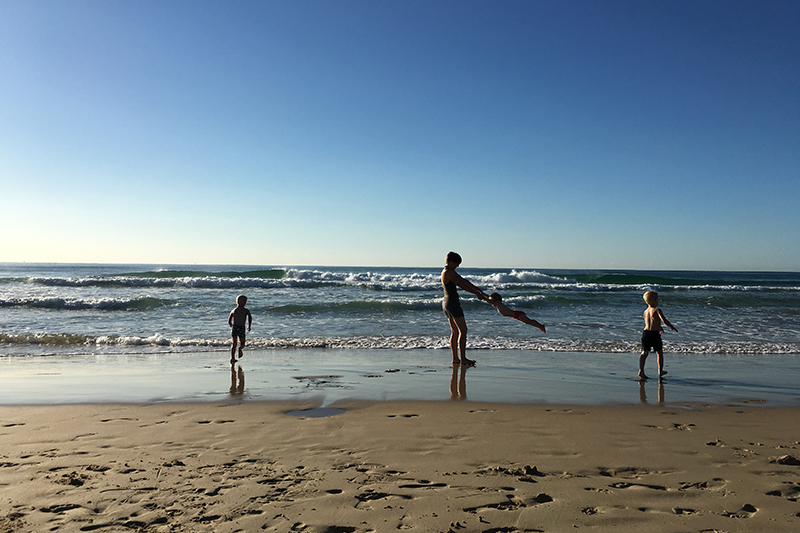 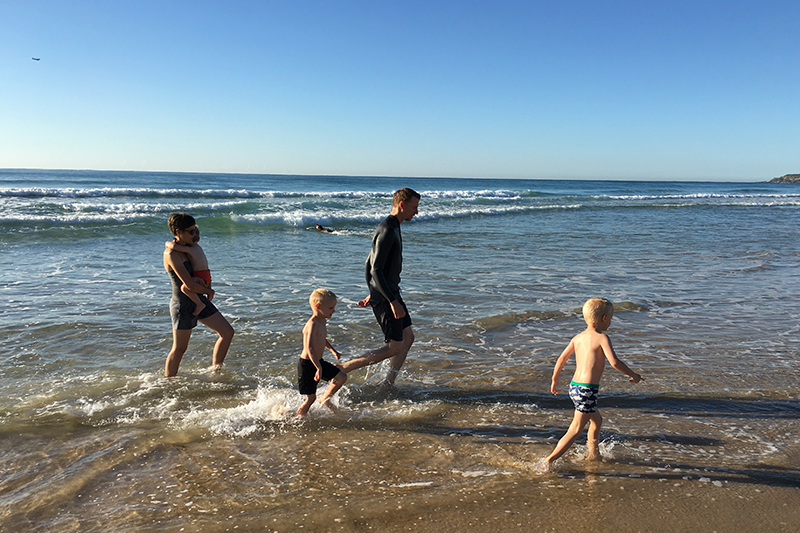 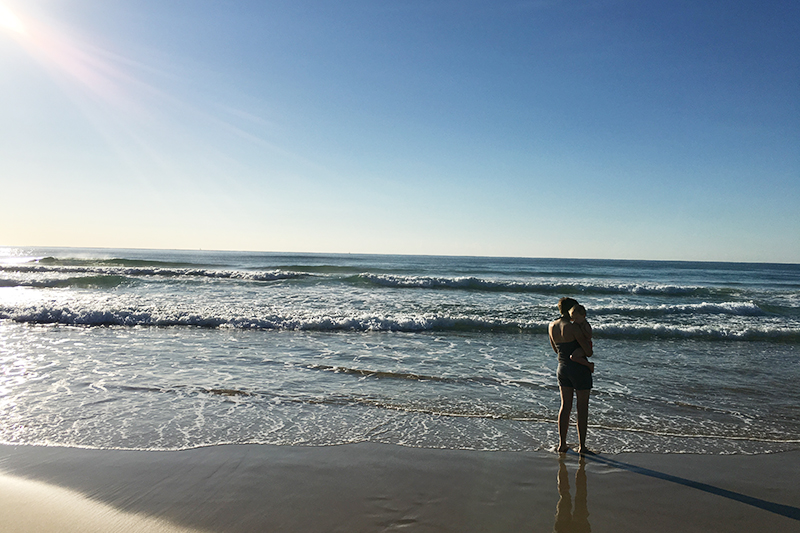 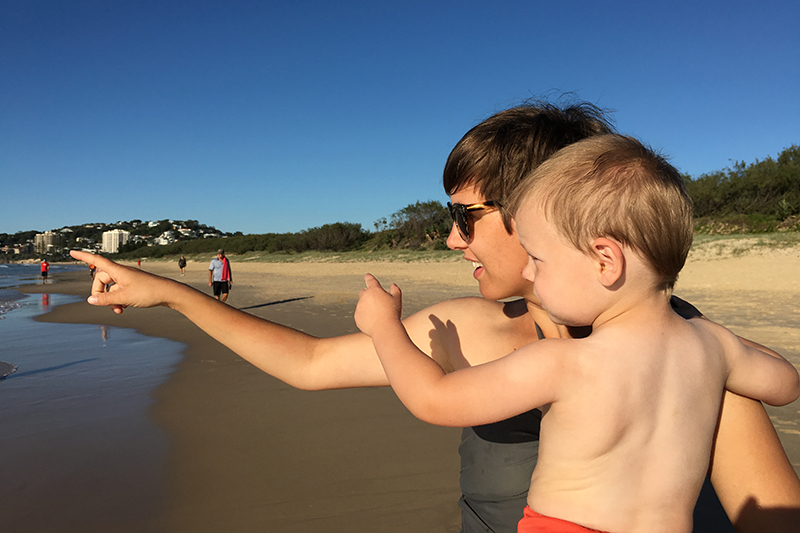 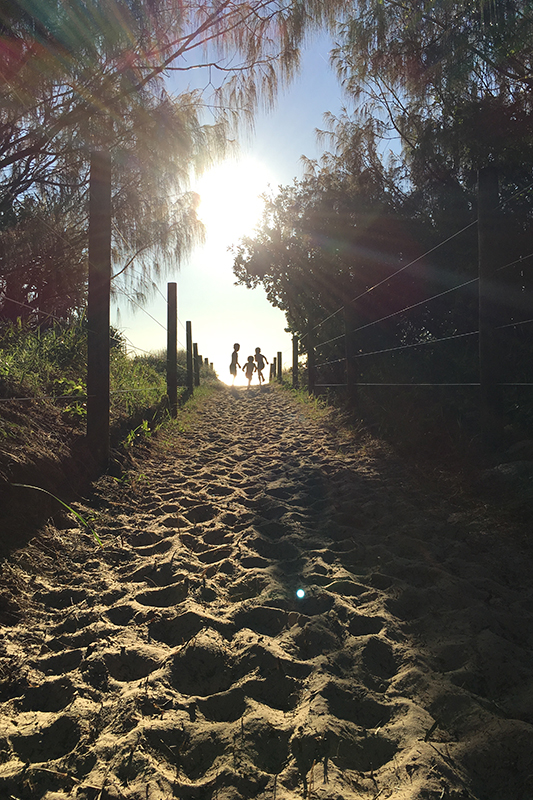 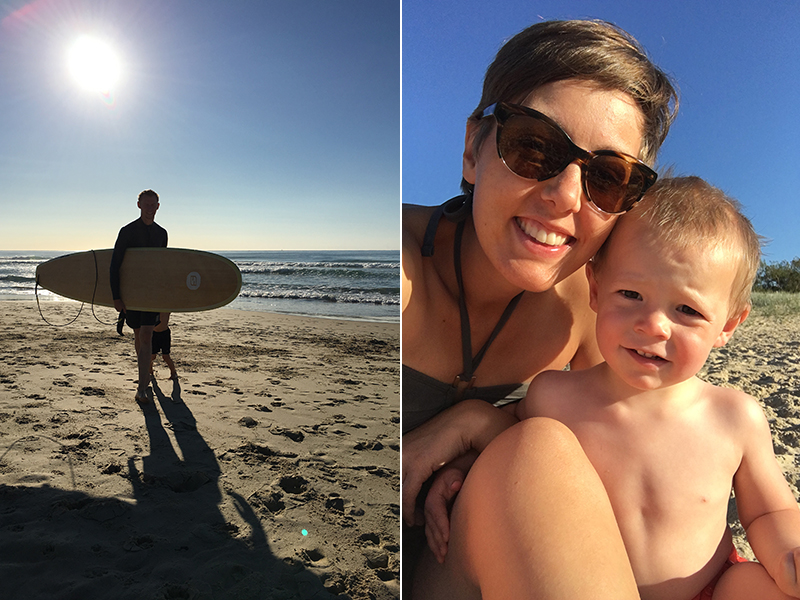 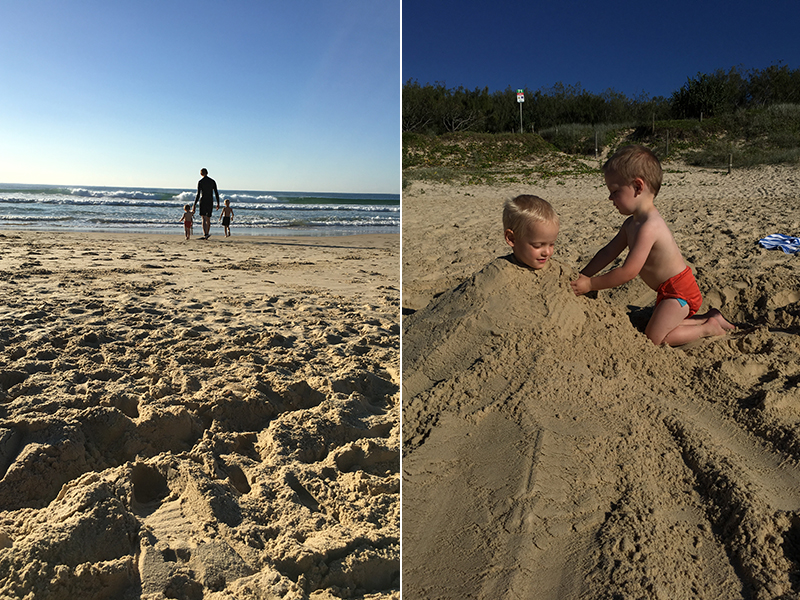 This morning after the beach, the boys and I headed out to the Maroochy Wetlands Sanctuary. Luckily, it was all a board walk path around a swamp- because somehow we ended up there without August's shoes!
August was asleep when we pulled up, so I just put him in the stroller, and was going to push him along while we explored. However, we were only a few yards into the forest when I started getting tons of bug bites. I looked down at August and he had at least a dozen mozzies on him at once.
The big boys had run ahead, so I started shouting at them, "COME BACK! COME BACK! We need to turn around, the bugs are too bad- they'll eat us alive!" and I turned with the stroller and sprinted back to the glaring heat and sunshine of the parking lot. I planned on brushing all the mosquitos off and reevaluating our plan.
Unfortunately, my screaming and sprinting sent the boys into a panic. Micah totally collapsed and wouldn't run at all, because he was so scared- which meant that he was being attacked by bugs! Grey (crying) caught up with August and I a couple minutes after we got to the parking lot- so I left he and August together and went to rescue Micah!
(We were the only people there, the parking lot was empty, and only a few hundred yards from the entrance of the forest.)

I was all for loading back into the car and going to buy bug spray- but there was a little forest-rangers office by the parking lot. The sign on the door said "CLOSED" but the door was open and I had seen a maintence man come in and out. I stuck my head into the office, planning on asking if there was bug spray for sale here. (There were a few guide books and t-shirts displayed in the window with price tags.)
The office was completely empty of people, but there on the desk was a half-full bottle of bug spray- that I can only assume was used by the park rangers themselves. I gave the boys and I each a spritz of the repellent and we decided to tackle the forest again. 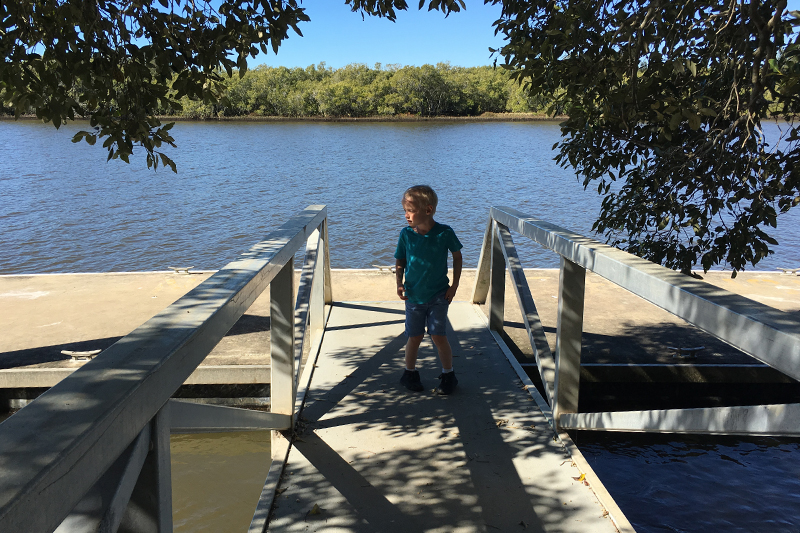 Once the mozzies weren't a problem, the forest was very fun to explore! It went in and out of very dark, cool areas with vines hanging and thick foliage and very hot, swampy areas where the plants all grew out of algae-covered, thick standing water.
At the end of the "hike" was the river, with a dock out on to the water. We even saw a few boats pull up- but I was too nervous of my brave children falling into the water, so we didn't stay there long.
Grey and Micah loved exploring in the woods and August loved chasing after them, even barefoot. I hardly got a single picture, because the boys were sprinting around so crazily- and I had to make sure no one fell in a swamp and was eating by a crocodile! 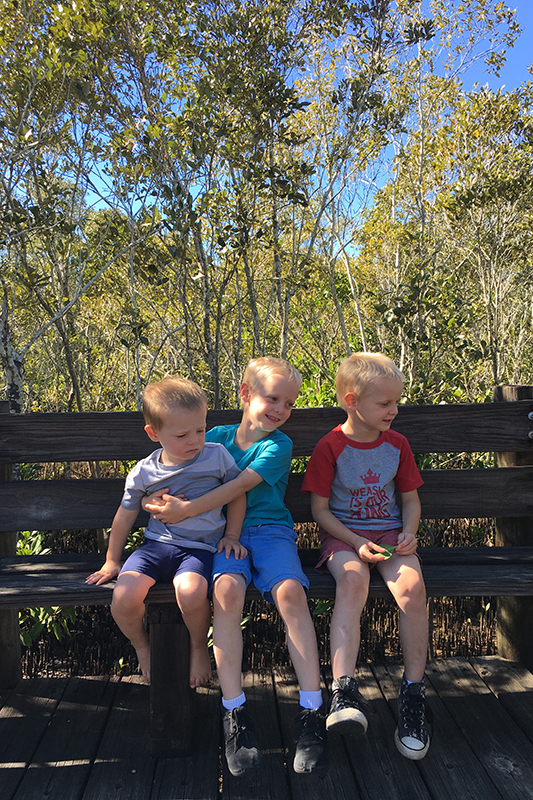 We stopped at a deserted playground on the way home to eat lunch- and the boys were so excited to be at a new park (they're getting sick of the Coolum Beach ones). Everyone slept on the way home, and we got back with three happy, worn out boys- ready to color together until dinner time.
Basically, a perfect day. They're finally all acting like friends again.
And birds.
They spend a lot of time "playing birds" and building nests out of every pillow in the apartment. Haha, I'll take it!

Posted by Becky Pitcher at 1:57 PM