I don't think that people realize that being "identical" is a biological thing.
It doesn't mean you just look alike.

All the time people say "Are they identical, or can you tell them apart?"
And we respond with "Well, they are identical - but we can tell them apart. They don't look exactly the same."

Sometimes people say "Are they identical?"
And we say, "Yep!"
And then they ask "A boy and a girl?"

And then I am really confused.
Because what do all these people think identical means?

So if you're wondering, identical twins are when a lady (in this case, me) gets pregnant. There is one sperm and one egg.  As the egg begins to split and grow (like a cell) it splits one time too many and instead of growing into one baby, it grows into two babies.
The babies have the same DNA (usually) and look very alike.
So alike, that often people cannot tell them apart.
But their mom can. Because what kind of mom would I be if I couldn't?
Plus, Grey has like 50 times more hair than Micah -despite having the same DNA.

Fraternal twins come about in an entirely different fashion.
A lady (in this case, not me) gets pregnant with two different eggs and two different sperm.  The babies have different DNA and are no more alike than any two siblings who are not twins.
They may look alike and even be difficult to tell apart - but only because they share family resemblance and are the same age and size.

Even if no one but their mom can tell them apart, twins from different eggs are not identical.
Ever.
And even if twins don't look exactly the same, if they are from the same egg and sperm they are identical.
Always.
Because that is the definition of identical. Not sameness of appearance.

Make sense?
So yes. Our boys are identical.
But we can tell them apart.
And you probably could too with practice.

Also, as I said before, Grey has way more hair - so it's not hard to see who is who.
Hairy baby = Grey. Bald baby = Micah.
Easy peasy. 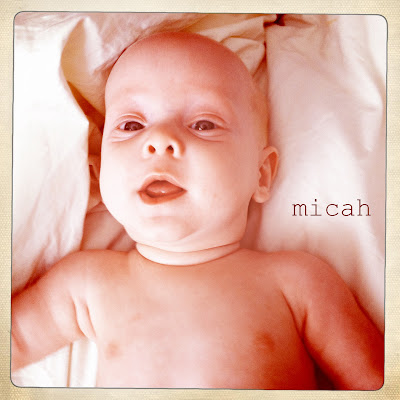 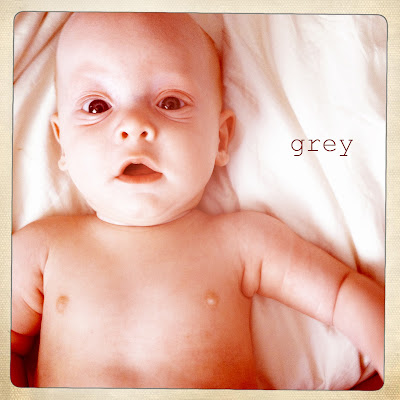 Although, I will admit, they're starting to look an awwwful lot alike.
So alike, in fact, that yesterday I labeled three pictures as Micah, and realized a bit later that they were in fact Grey.

Click below to vote, and I will not make fun of you publicly on my blog.
Probably. :)

True fact... the Olsen twins are NOT identical. They just look the same.

Sadly, a friend of mine asked if another friend's twin niece and nephew were identical. And despite my endless explanation she just didn't get it that a boy and girl, by the very definiton of 'identical', are not the same. *sigh*

It would help the rest of us if in the pictures of Grey the baby with more hair, you'd leave the top of his head in the pictures. I get confused when I can't see Grey's head! Cute little baby brothers, I love them!

Well I can't tell one from the other- my boys are fraternal so I have no problems...I am sure that I would be able to tell them apart but Micah and Grey look VERY similiar to me....so darling though!

My grandmother and great-aunt are identical twins, and I have always enjoyed explaining to people that does not make me more likely to have twins, because having identical twins has nothing to do with genetics, but is a random occurrence. Not so with fraternal twins, though. It's easy to tell them apart now, but growing up it was very difficult to. However, when my great-aunt tried to pass herself off as my grandmother on a date with my grandfather, he saw right through it. Obviously, while identical, they look different, even if just in a small way. And I can tell you their personalities are very different!

People are funny. Who knew there were so many things one could be ignorant about?

Back when they were smaller, I could tell them apart in your photos. but now I have to look at the labels!