He doesn't hate redheads, I'm sure of it. But boy does hate the idea of the boys being redheads!
Maybe it's the thought of the babies being called Fred and George for the rest of their lives if they're redheaded? 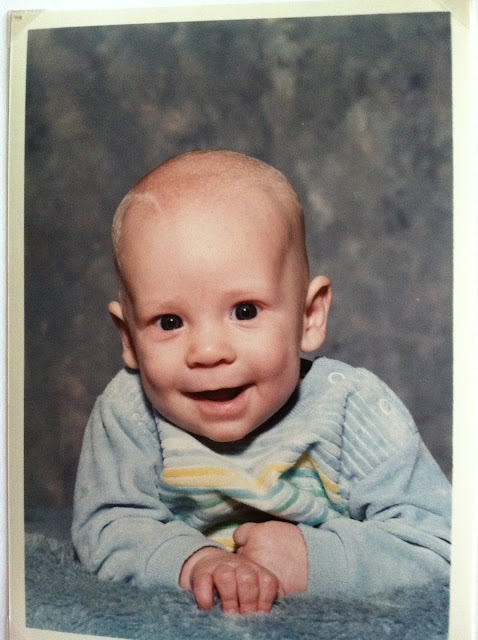 Can you tell which of my babies this is? Yes, that's right.
It's my baby Travis, as a baby.

People tell me every single day that the babies look exactly like me, which they would, if I was a tall, blue-eyed, skinny blond.
But I'm not.
So I think they're a pretty good combo of Travis and me.
Or I did.
Until I saw this picture.

Now I think that they look nothing like me at all, and are perfect little replicas of their father, which is awesome.
Because he's pretty darn handsome.

Give us a vote for such handsome (and apparently not redheaded) boys?

Hey Becky-- I found a really cool cloth diaper method today. Check out cuteybaby.com. They are in the Orem Costco RIGHT NOW! Cool!