So the boys didn't go  trick or treating last night after all, but they did get dressed up for a quick 15 minute photoshoot before bed. And maybe I'll give them some candy later today.
And by "candy" I mean maybe some jam on their bread (they love bread), or some fruit leather to suck on.
Maybe. 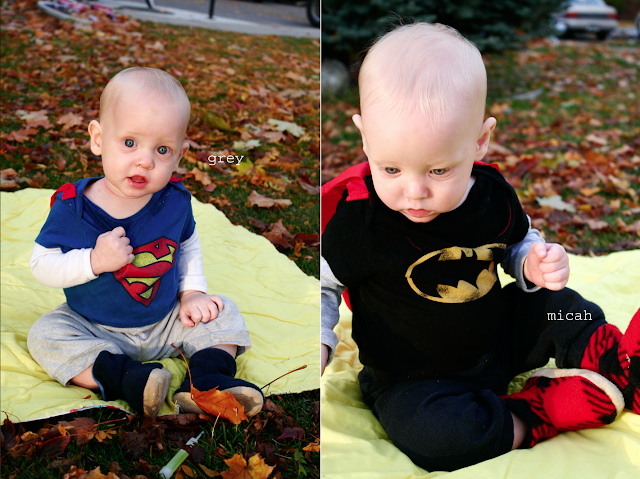 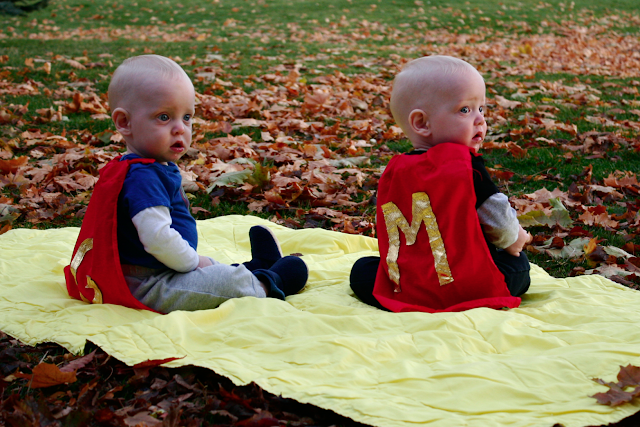 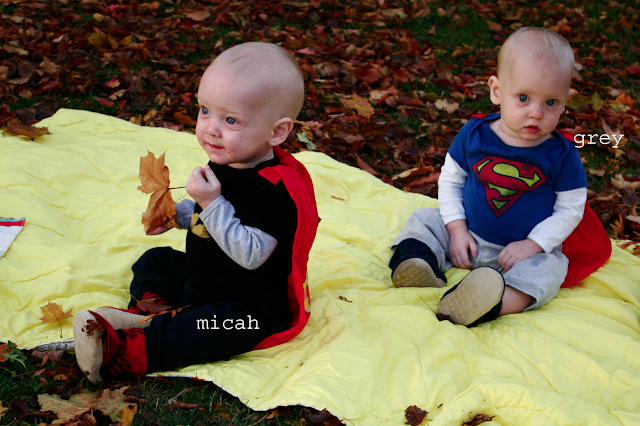 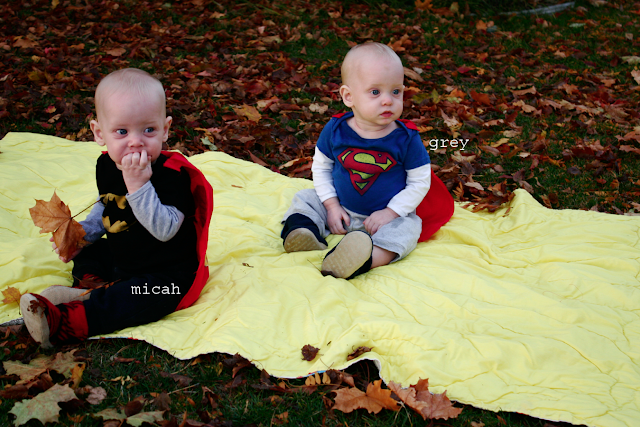 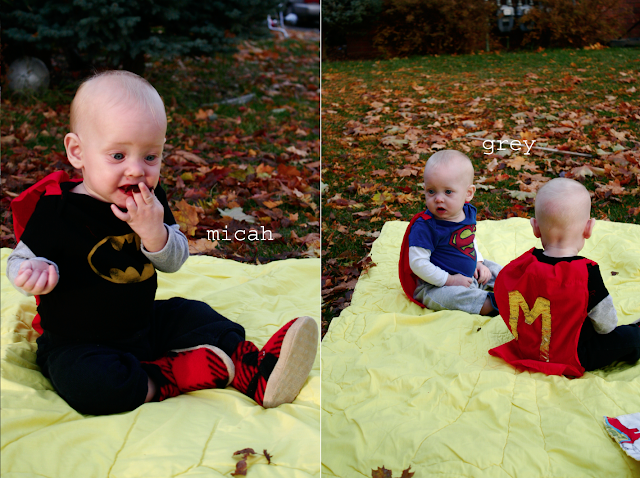 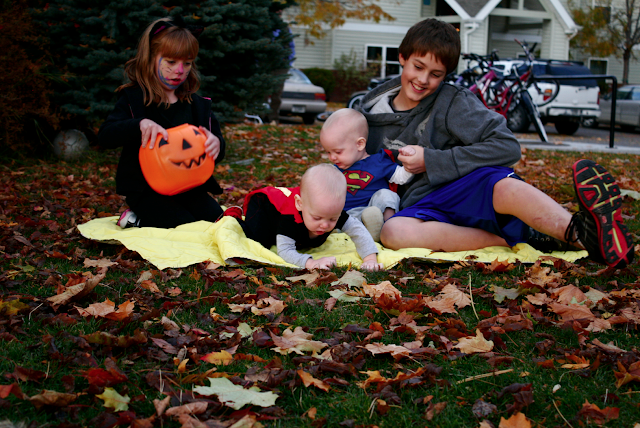 The boys were super heroes, since they already owned those onesies (thanks to their Aunt Diana) and I made them each capes. Their Aunt Kathryn had a Wonder Woman costume and matching cape, but after wearing it Trunk or Treating and to school, and another party, she was ready for another costume.
She drew her own cat face, and I think it's awesome.
Jack, of course, is fourteen and too cool for costumes. 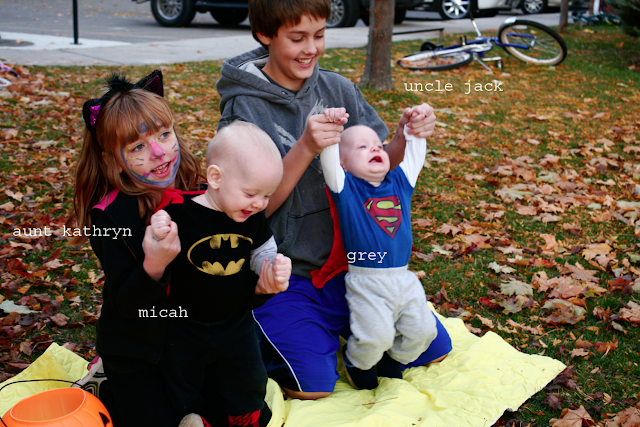 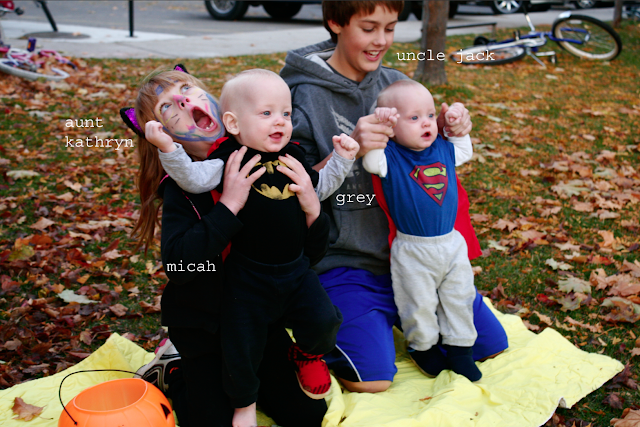 Oh I have been waiting for these! They are truly super babies. Jack is so good looking, and I love the drama of Kathryn. Cute capes Becky. You are so clever!

super cute! love the enthusiasm in the last photo