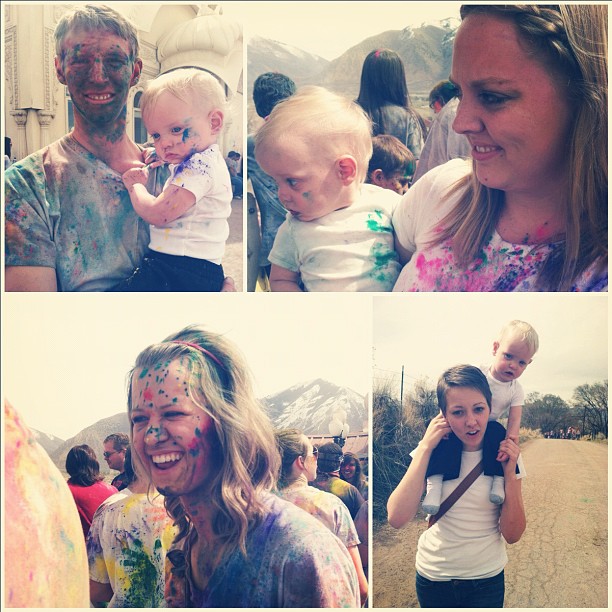 If you live in Utah (or even any of it's surrounding states) you've probably seen or been to the Holi Festival of Colors held at a local Hindu temple every spring.
This year's color fest was this last weekend, and Travis filmed it and has already edited it into an amazing film!
Check it out, if you were there, you might even see your face!

Travis was actually ziplining over the crowds of people. YIKES! I didn't see him do it, or I probably would have had a heart attack.  The boys and I only went for a short time, and not during a chalk throwing, and we only hung out up at the temple itself, not down in the mosh pit. You can even see my sister Mary holding Micah and me holding Grey at 0:14. 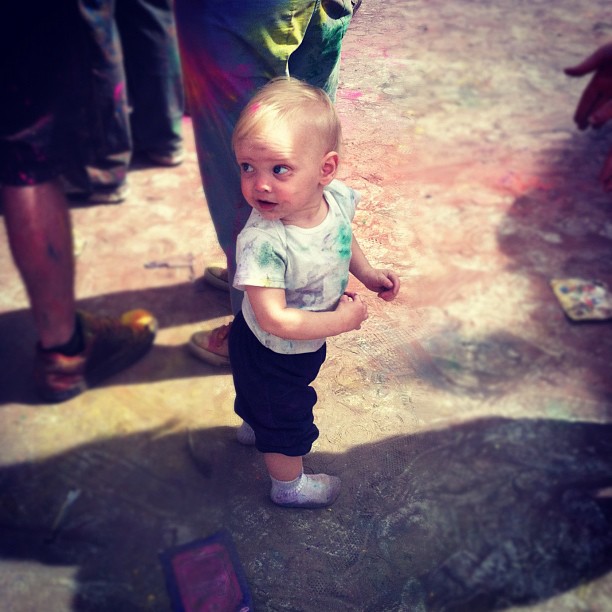 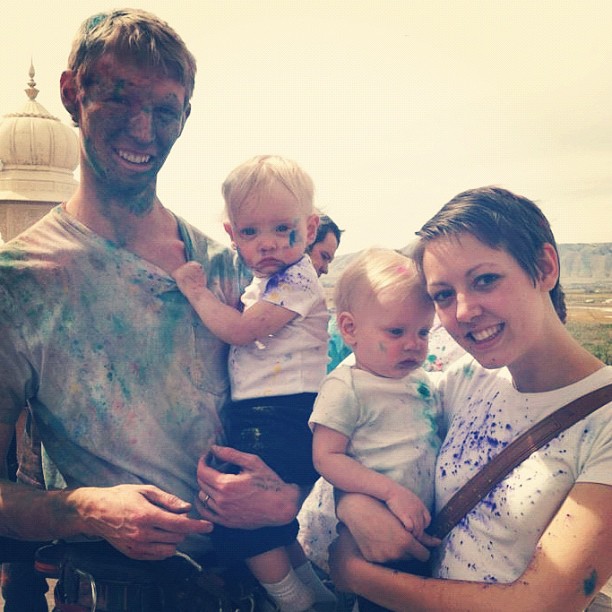 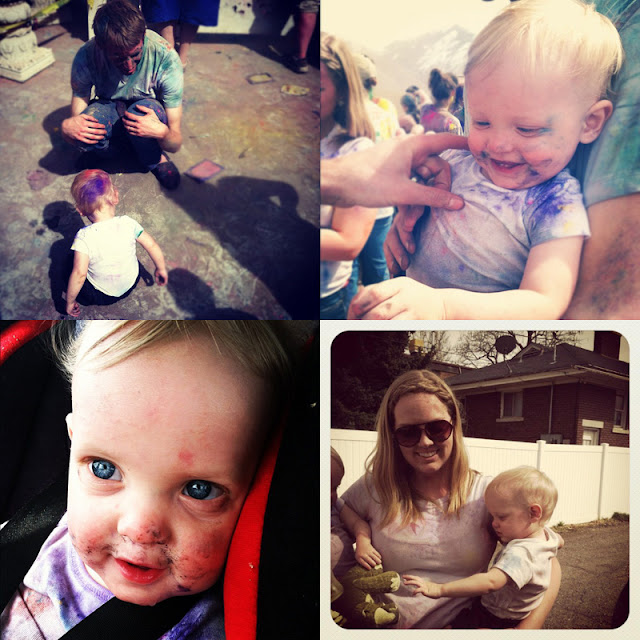 Utah is probably one of the only places that this could operate successfully, since the majority of the people who show up aren't drinking, smoking, or doing drugs (which can quickly turn something fun, into something manic).  Everyone was so polite to the boys and me, and NO ONE threw any powder at us while we were holding babies. I even heard several people yelling "Hold up, everyone stop! Here come some little kids!" when we passed.
It was really neat.

This picture of Micah and Travis (below) is my favorite picture of the day.
Man, I love those boys. 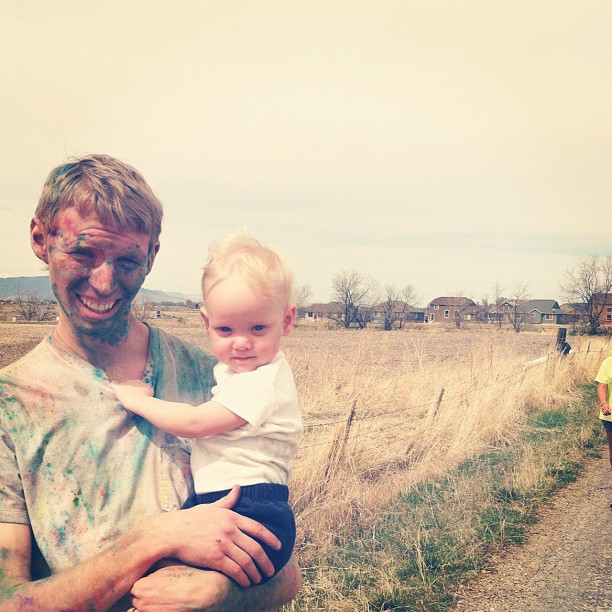 THAT LOOKS LIKE SOOOOOOOO MUCH FUN! I would add more Os to get my point across (which is essentially screaming) but that might get obnoxious.

We must have gone to a different throwing. Everyone we bumped into was smoking or smelled like alcohol or looked very high... It was not as fun this year.

That looks amazing and you've got some fab pictures!

i can't tell you how much i love your blog.

I saw someone ziplining over the crowd while I was there. Was it Travis or did multiple people do that?

@Aimee. That was Travis! He was the only one there soaring over the crowd...

Becky, your blog is fantastic! The twins are growing up so fast and are so adorable. Travis has some mad skills - that film is spectacular! I remember seeing posts from you about the Holi Festival of Colors and want to check it out sometime in the next few years!

My Tales with Two said...

That looks incredibly fun and your pictures are awesome! And of course, you can justify it as an educational experience, teaching the boys their colors. :-)

@my Tales With Two
I agree! And we're teaching them about different religions and cultures, right? Always important.

I love your pictures! And as I was perusing other blogs, I saw pictures of Travis on the zip line!

Yeah...I'd be pretty terrified if I saw my husband doing something like that...good thing you missed it...

I've been showing this video to my utah studies classes all day. We're talking about jobs in utah.