It's hard to believe two years ago at this time, I was in AFRICA. Now I'm home with two babies, when then - we were just barely starting to talk about maybe starting our family...
A lot can change in two years.
I planned on pulling out a couple impressive and beautiful pictures and sharing them, but I got very swept up in looking at these old pictures. I love them so much. 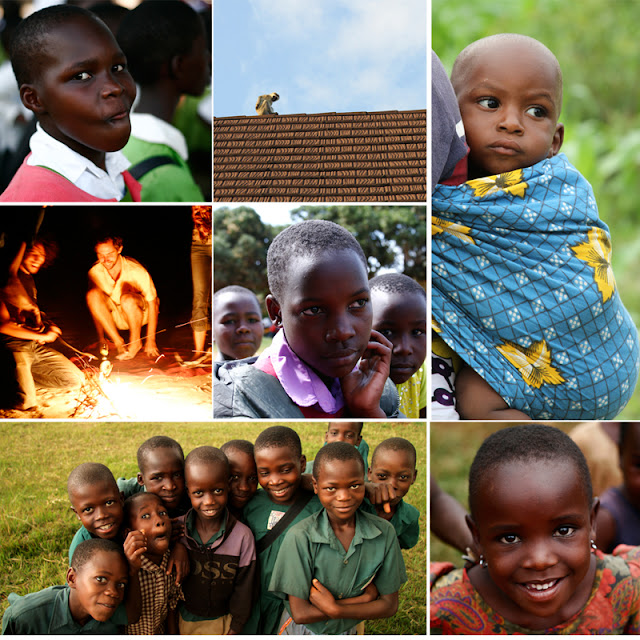 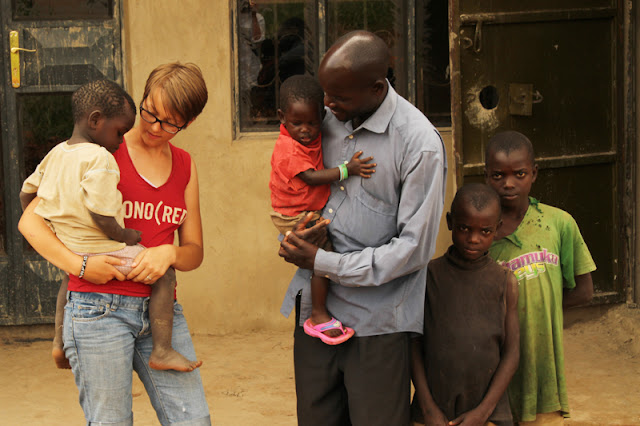 One of the places we went in Uganda, was to an Orphanage. Actually, we went to several, but there was one in particular that really touched me. Leaving that place, without an armful of children, was the hardest thing I've ever done. Travis and I plan on someday adopting from Uganda or Kenya, maybe even from that orphanage that we went to so many years before.

I mean, look at the faces of those children! Don't you just want to kiss them all day? They were so sweet and happy, always laughing, working, singing, dancing, and playing.
I love them. I miss them. 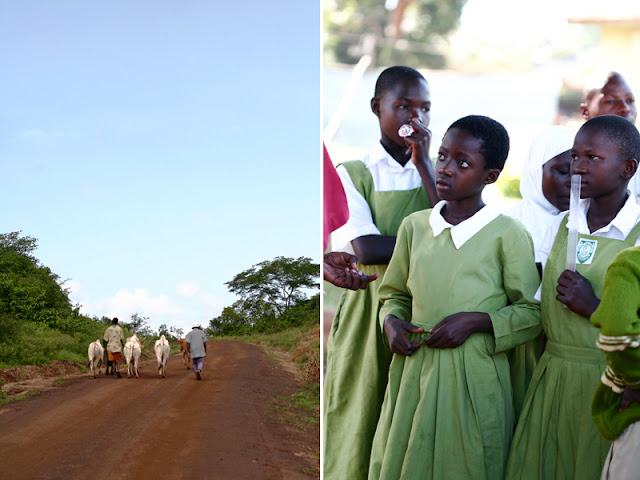 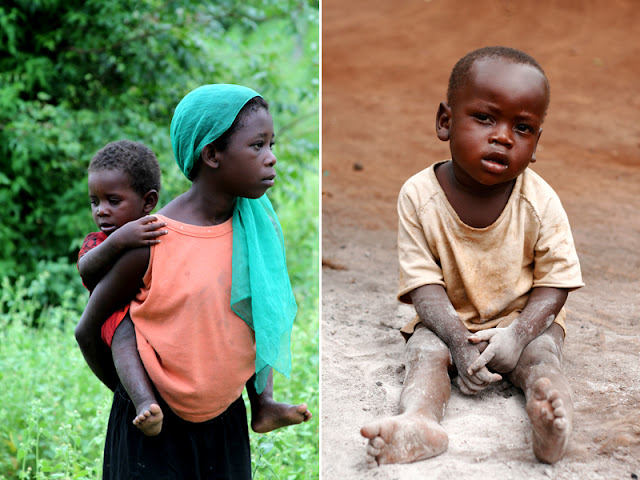 As you can see, even then, I had a propensity towards child and baby photography. I didn't care about capturing landscapes, animals, food, or even adults on film, as much as I wanted to take pictures of every. little. kid. on the continent.
Because, um, hello? They were all GORGEOUS. And many of them had never seen their picture. We made friends with a few locals, and I tried to take pictures of all their children, and print them and hand them out before we left. Pictures are important.
I really believe that. 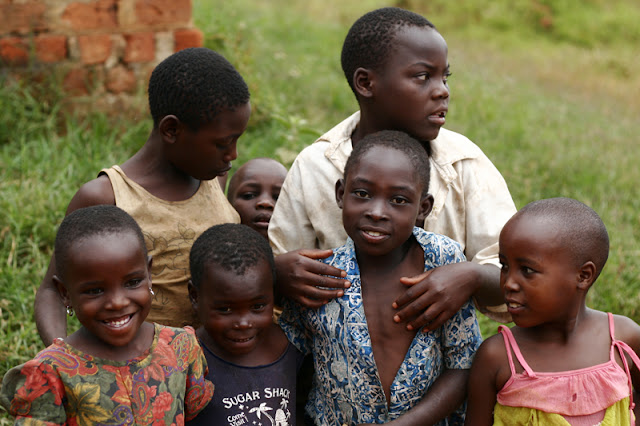 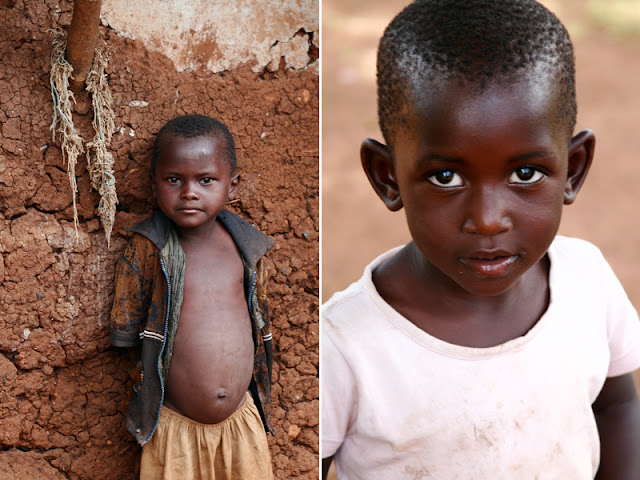 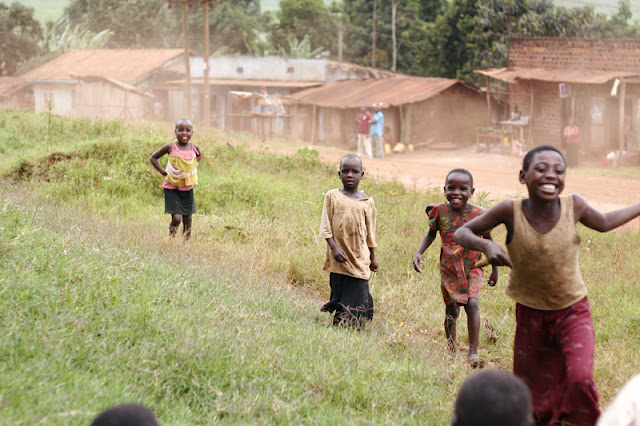 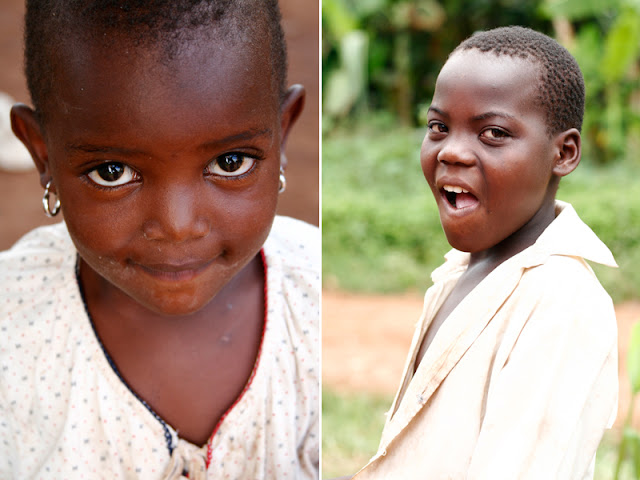 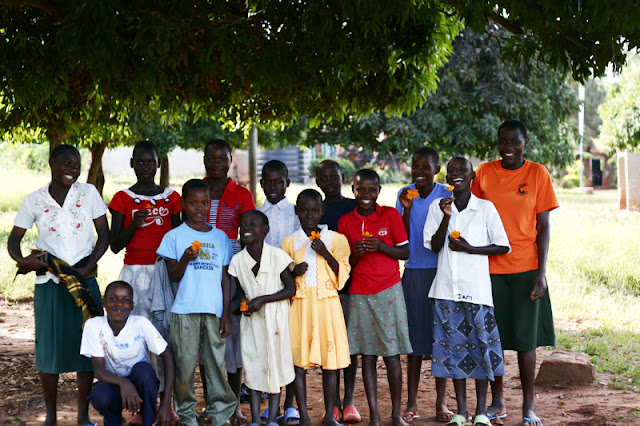 This last picture is of the children in the choir at the orphanage in Uganda that I became a total mess at. They were so happy and beautiful, so hopeful and sweet, even though all of them had parents who had died, most of them had entire families who had died. Several of the children's parents had died that very month. A few of the children had AIDS. That little boy in the blue, in the middle? He was caring for his four younger siblings by himself. Oh man. I wanted to take them home. I wanted to be the mother they needed. I wanted all of them, and Travis almost had to drag me away because I didn't want to leave them there.
Someday. If not them, somebody. Some little African boy or girl (or two, or three) will find themselves here, in my arms.
And I will take their picture all day long. Because, seriously? Beautiful. 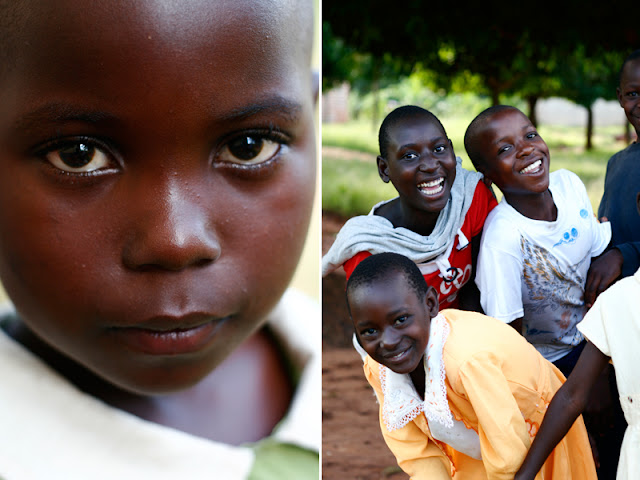 Have any of you traveled to Africa (or are you from Africa)? What were you doing there? and Do you crave returning all the time like Travis and I do?

Posted by Becky Pitcher at 6:21 AM

Loved seeing that picture of you and Freddie's family at the top. I miss that place so much. How slow the world moved - It really showed me how to focus on the important things in life: people. Jay and I have plans to go there in the next few years. I can not wait.

So glad to see sweet Fred in your pictures. Did you know my mom and step dad are there? I can't remember if I told you. They are in Kampala and they see Fred a lot. They come home for a couple weeks in September and then go back until December. If you want to send anything to Fred or anyone they will take it for you.

As for beautiful babies in Africa I agree. I once made our whole school van stop to let me take a picture of a gorgeous, chubby African baby. I worked in an orphanage a couple times and it was so hard not to try to adopt one. They just wanted to be held, that's it, they just wanted love and human touch. It was heart wrenching! I am so glad we share the love of Africa. It calls you back doesn't it? I can hear it, especially when I see pictures like yours.
Thanks!

So beautiful! So many children that need love. I wish I could adopt and love them too.