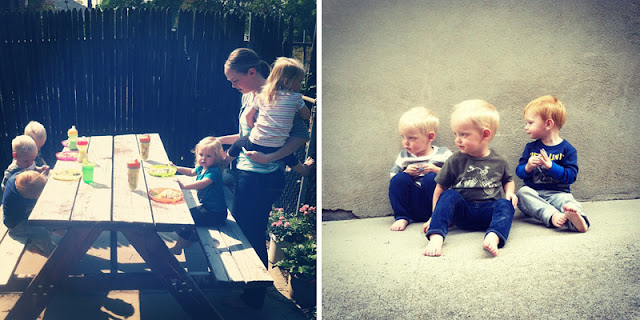 Play dates are the best.
Maybe not for the children included (all five of the children had their own meltdown this morning), but definitely for the moms included. And I don't think that being forced to interact and share toys with other children will kill them.
This morning I had such a fun time with two of my favorite ladies, both of whom are named Brittany and both of whom I met through this blog.
Check out Brittany's blog about her twin girls {Here}
And Brittany's blog about life with her son Milo {Here} 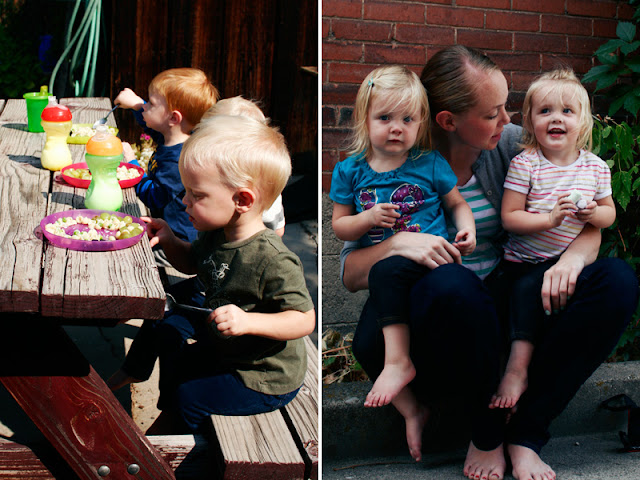 We had to eat lunch outside, because we don't have any chairs... really.  And then when we tried (REALLY HARD) to get a picture of Brittany's girls, they refused unless they were being held. They just wanted to sit with their mom. But who can blame them? 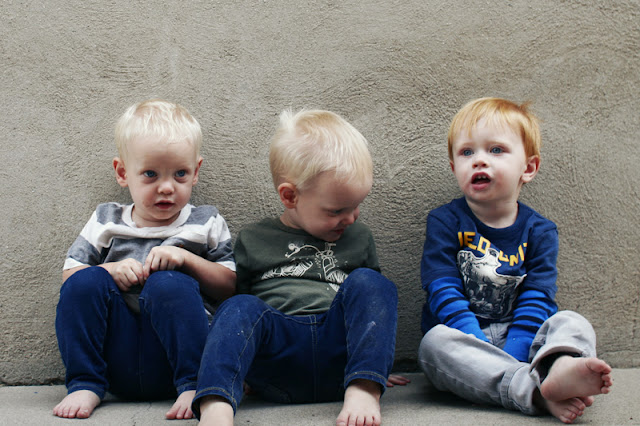 The boys were sitting so patiently and waiting for the girls to join them for the photoshoot... I love Milo's red hair. He looks exactly like Peter Pan to me. 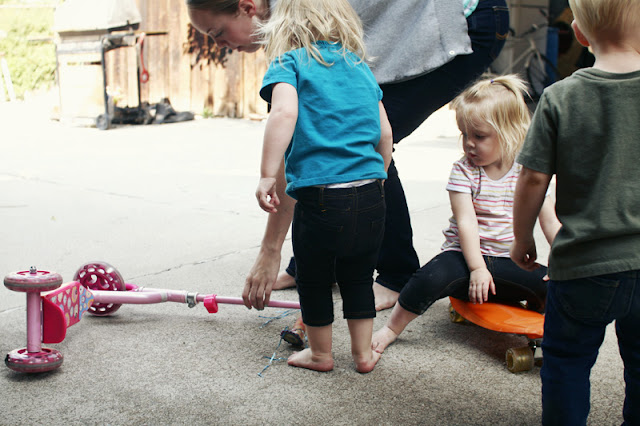 The girls weren't interested in taking pictures because they found the skateboard and scooter! 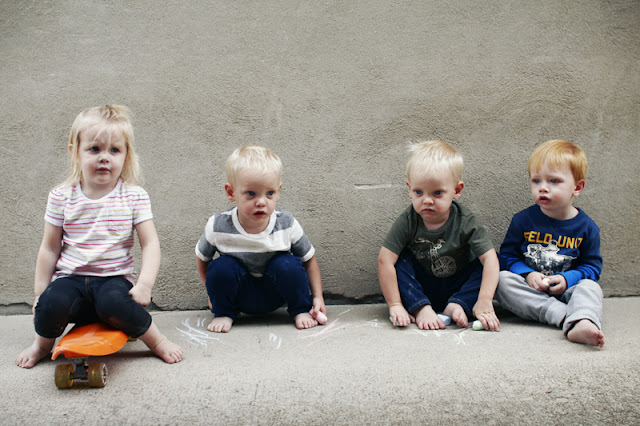 This is the closest we got to a group shot. And it turned out so well!
Haha, okay. So our kids might not be best friends.
But we will force them to play together until they are.
How was your Tuesday?
Do you want to set up a playdate? I'll probably flake out and cancel last minute, but every once and a while it works out. :)

I still think it was ridiculous that my children would not eat any food and would not pose for pictures. Silly toddlers....

We definitely have to have many, many more playdates soon!

Despite the various toddler meltdowns from each of our children, we all have some really attractive kids.

Also, I love playdates. They are the best.