Fall on the Farm

Last week, the boys and I joined some of our new Salt Lake friends on a trip to Wheeler Farm. 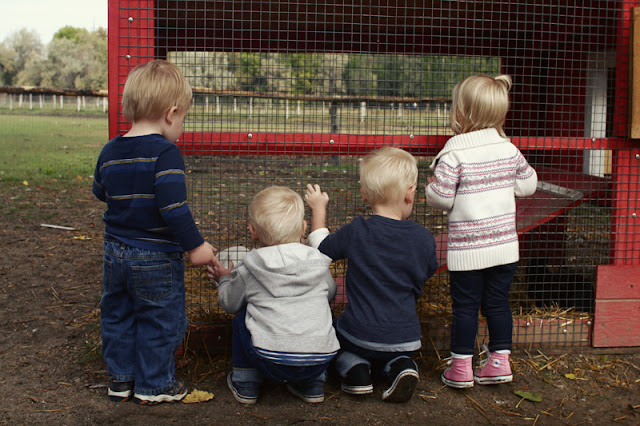 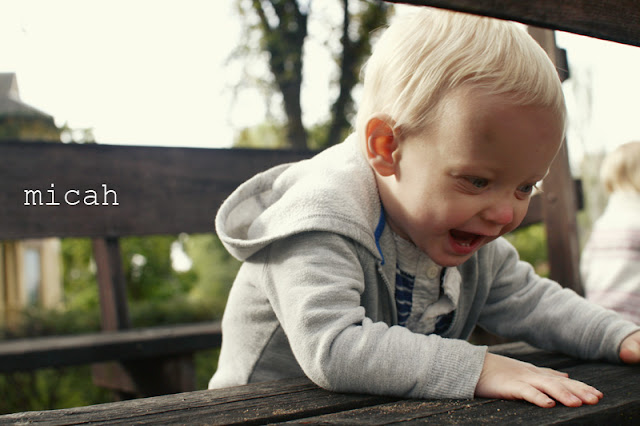 It was the best, cheapest, most fun activity that we have ever done with the boys. If you live anywhere near Salt Lake, YOU NEED TO GO TO WHEELER FARM WITH YOUR CHILDREN. It is so wonderful.  I could write a whole blog post about the greatness that is Wheeler Farm... and since I have a blog at my disposal: I will. 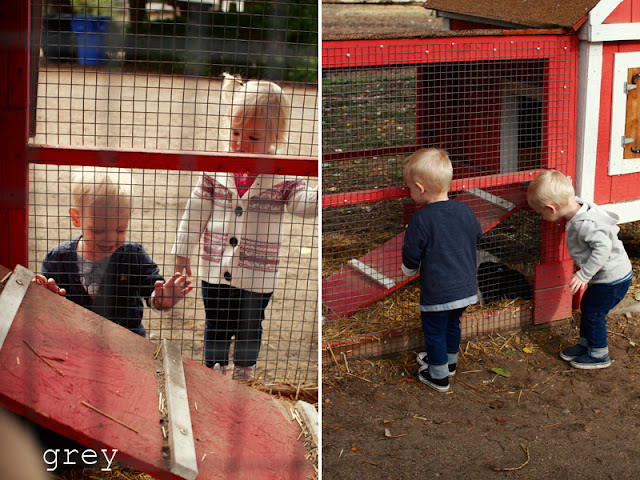 First of all, IT WAS FREE.
And it wasn't "Free for the afternoon" or "Free with a whatever pass on Mondays." It's free, all the time, from dawn 'til dusk, come whenever, do whatever you want free. 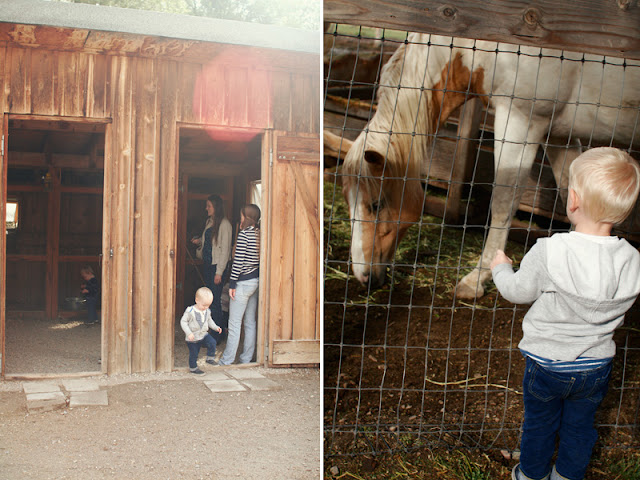 Someone told me that Wheeler Farm was a petting zoo. So I pictured a petting zoo.
But Wheeler Farm is actually a historical farm, which means that we were on a few acres of beautiful countryside land, which was also filled with both snuggly and impressive animals. I felt like I was in a chapter of Farmer Boy, it was peaceful, idyllic, and lovely. And somehow, despite the one million teenagers there on a field trip, it felt open and empty and uncrowded. 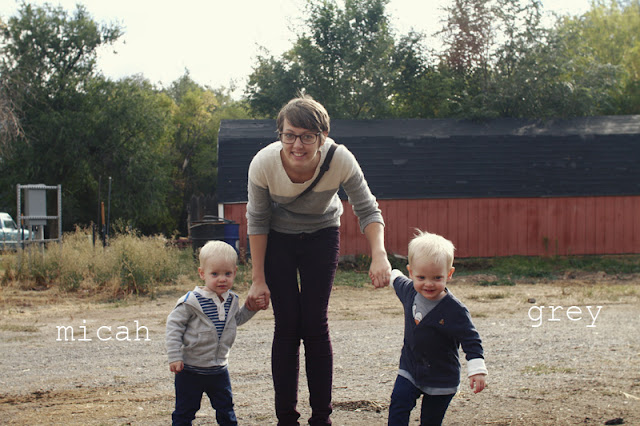 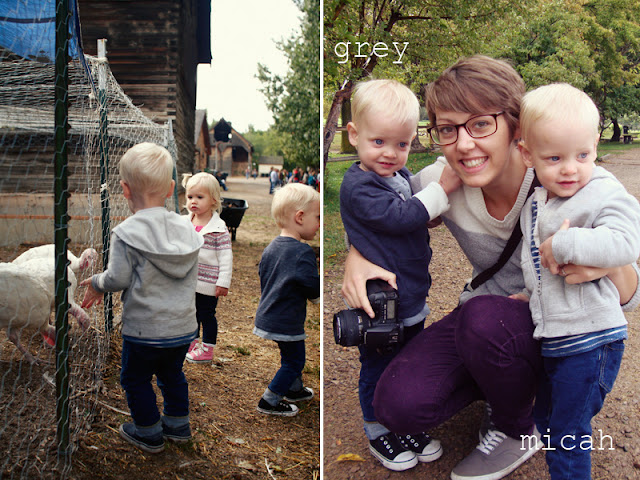 There were pastures filled with cows and horses, but since their troughs were along the fences, they would come and lean out at us and let us touch their velvety noses. 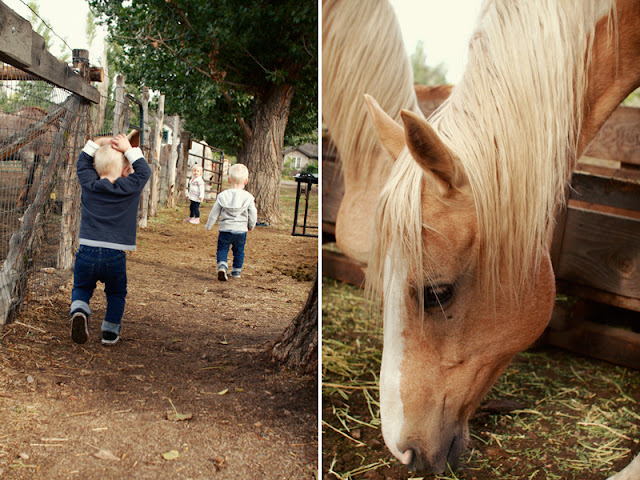 There were ducks, geese, roosters, and chickens everywhere. Not in cages, coops, or fenced in ponds (although there were some of those things) but running free! Hundreds of them! Begging to be chased by little boys!
And chase them we did! 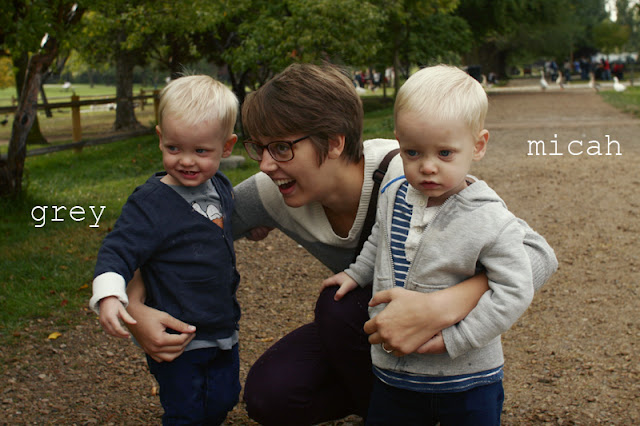 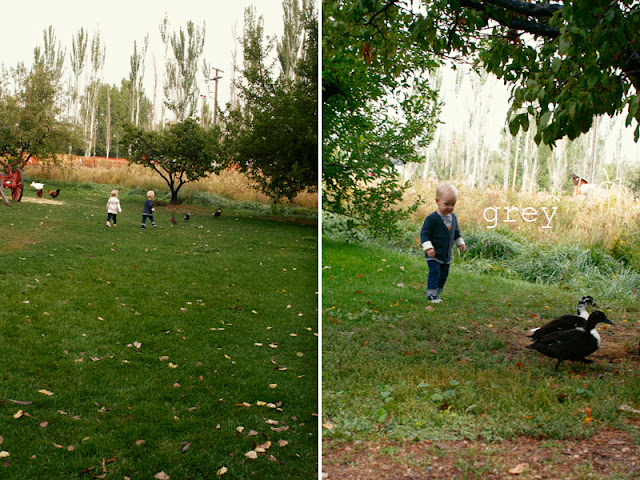 There were bunnies to be admired. Pigs to be ignored. And baby chicks to have total conniptions of glee over. 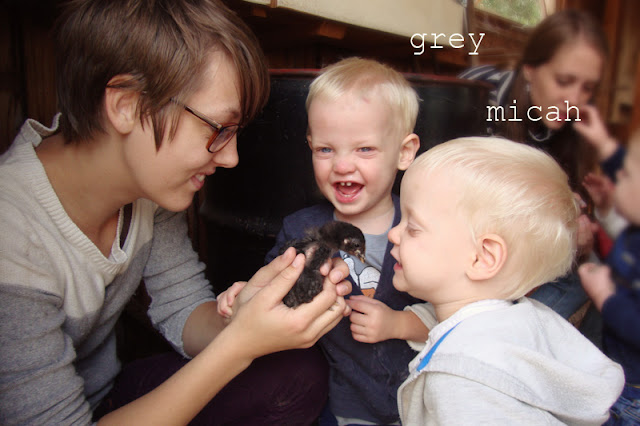 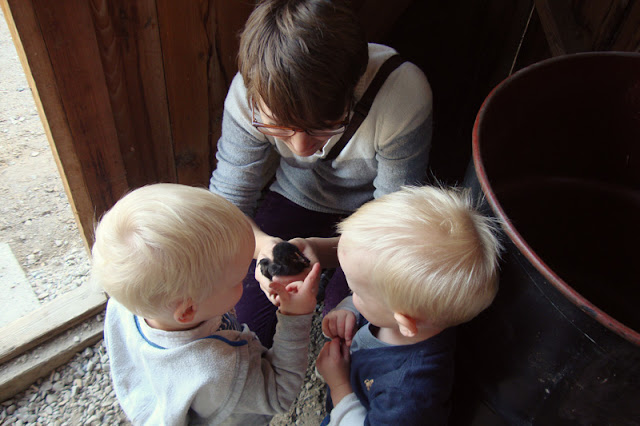 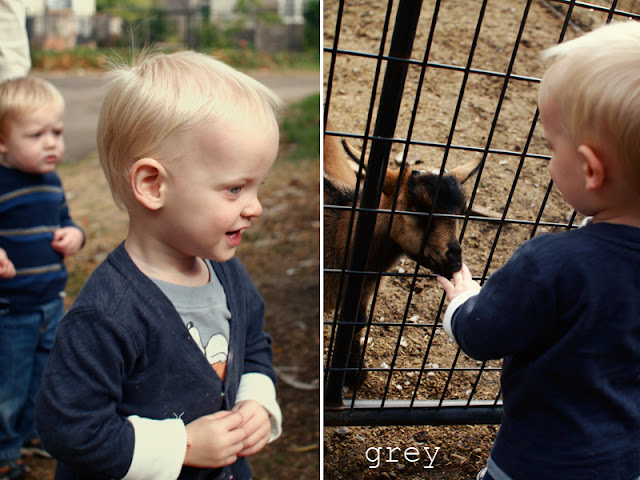 There was even a baby goat that came up to the fence to play, and it was love at first sight for the boys.
Micah even gave the little guy a kiss. I almost died from cuteness overload. 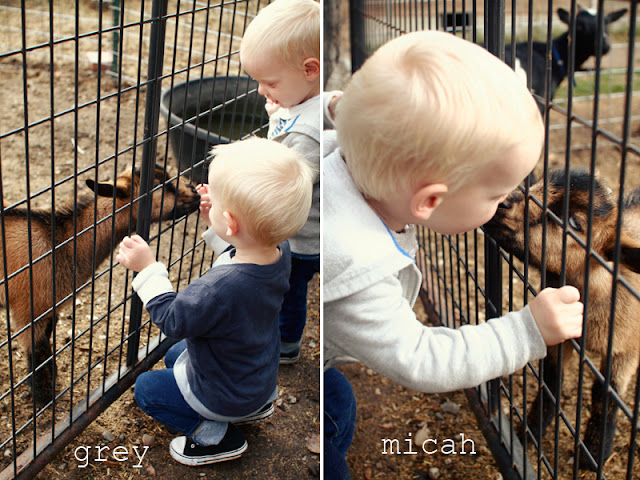 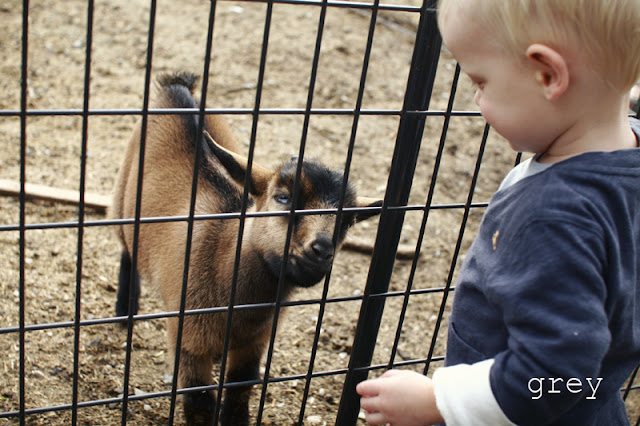 It's silly, but my favorite thing about the whole adventure was not the free admission or the animals. It was the freedom of the farm. There weren't little activities for me to try to force my kids to try.  There wasn't a map marked out of all the animals. There weren't plaques describing what animals do or eat. There weren't stamped hands or hoards of children, slowly pushing along behind us - making us look at things more quickly than we'd like. There was no tour guide, explaining how wool is made from this particular sheep, or how that horse is a prize winner.
It was just a farm. 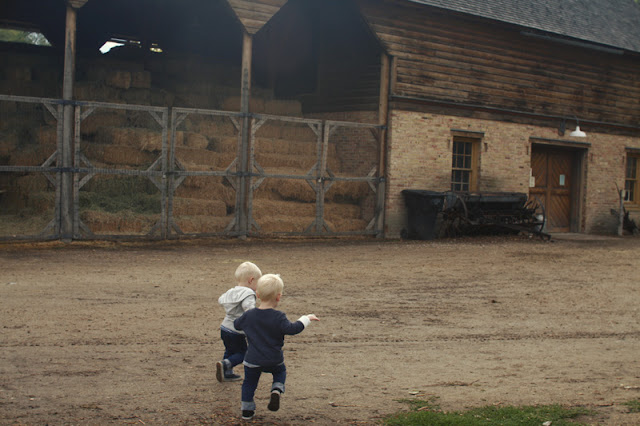 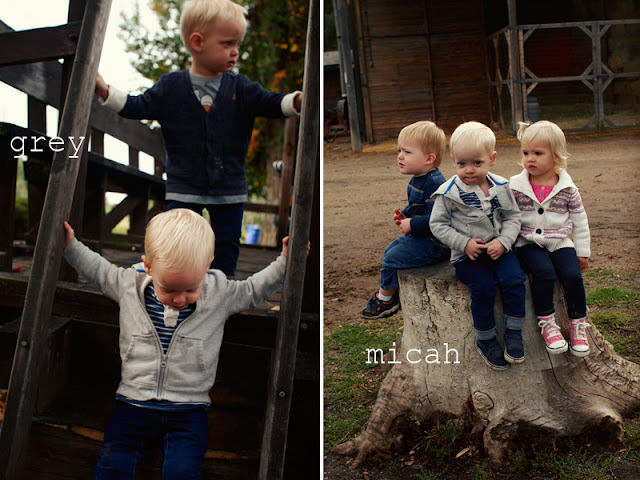 If my kids wanted to stand on the bottom rung of the fence and stare at the horses for the whole time we were there, they could. If they wanted to climb on and off of an old wagon and run around on that for a half-hour, and ignore all the animals, there was no one stopping them. They could splash in as many mud puddles as they wanted. They could play Pooh Sticks on the bridge over a little stream. They could sit on the old broken-down tractors and pretend to drive them. 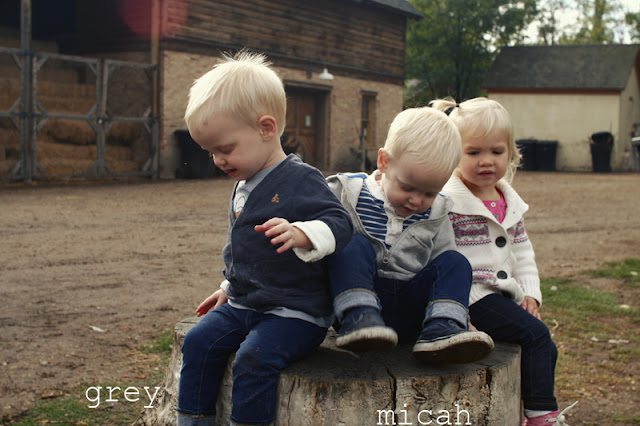 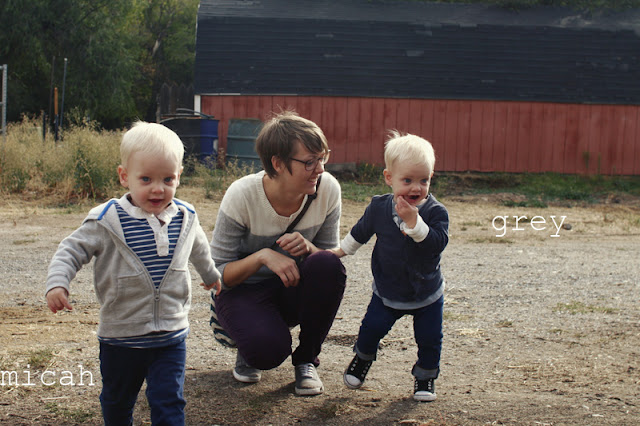 In essence, they could run around outside and explore, with no one telling them what to do, except me. 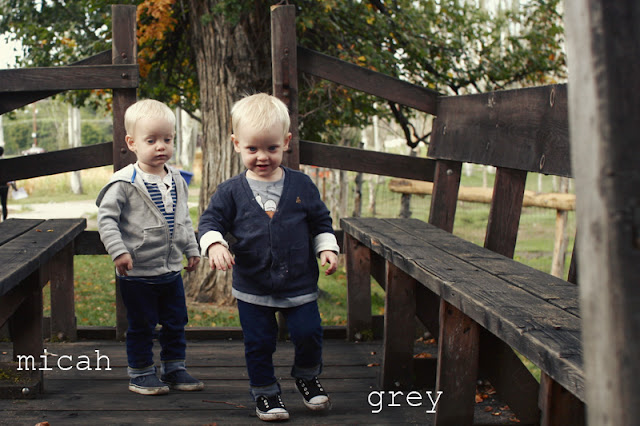 It reminded me of being a kid so much.
I didn't grow up on a farm, but I did grow up in the country. There were Canadian geese honking their little hearts out, and I almost cried at the sound of them. It is the sound of fall in Minnesota.
And I didn't really want my kids to get soaking wet with muddy water, but I remember splashing in puddles as a kid. It was so satisfying and terrific. Some of the leaves were just starting to turn. The sun was warm but the air was still cool. It was a perfect day.
And I think maybe we'll go back next week, too.
And every week. Forever. 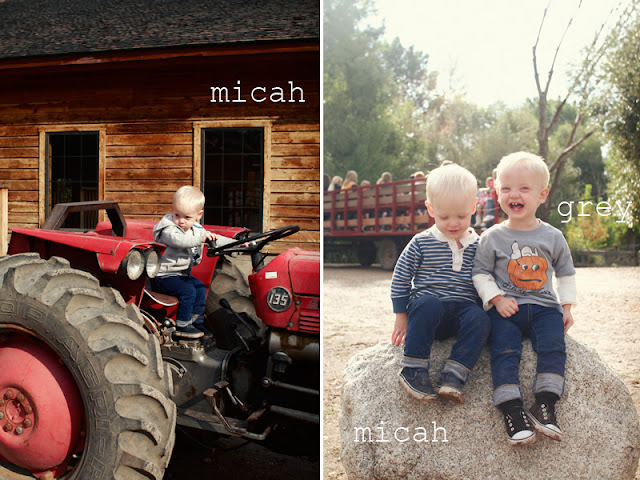 Please click below to vote for our blog! And check out the blog's of our new friends:
{Plenty of Nothing}
and {The Gifford Family}

Posted by Becky Pitcher at 7:40 AM

So fun! I love those wonderful, kind people that value the exposure they are able to provide for people and children that are not always around a farm environment. I'm trying to imagine what the boys are like, and how fast they run and chase the ducks. Miss you.

okay. this really is cuteness overload. i wouldn't mind if you went back every week too...

Such great photos and so much fun! The boys look so delighted! Love it!

We must go!!! I love how you described it. You're right about things usually being so structured for kids. Even the awesome play farm at the Fair was incredibly structured. Plant your seed, harvest your carrot, milk your cow, get a carton of milk, ride this tractor, get a dollar, buy a treat. All my girls wanted to do was run around at their own pace. And you know how awesome my girls are (especially Sophie) when they're pushed to do something they don't want to do...

This is so cool! I wish we had known about this when we lived in Utah Valley. This seriously looks like it would be my element.