You guys. By the time Halloween rolled around I was so over it. I knew that it was torture for my kids to wear costumes. I knew that it was torture for me to let them eat candy. I knew, that no matter how hard I tried, I wasn't going to get a single good picture all night, so was it even worth it?
Thank goodness I talked myself out of quitting Halloween. (I gave myself a hard talk about the importance of forming and following traditions and about how we'd made commitments to friends, and whatever.)
So at 5 o'clock last night, I piled a heap of costume clothes in Travis' lap, and said, "Get the boys into their costumes please."
And amazingly, within minutes and sans tears, the boys were in their costumes.
And we went outside, and tried to force them into their hats, and into pictures. That was slightly less successful, but look! Not totally unsuccessful. 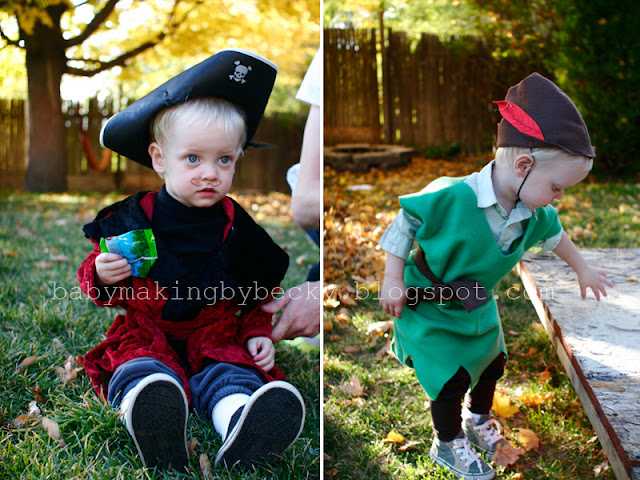 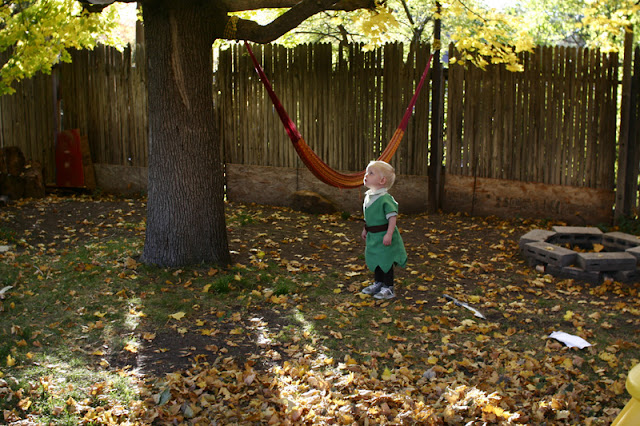 I didn't really manage a picture of both of them, but that's okay. I think they look pretty cute by themselves. 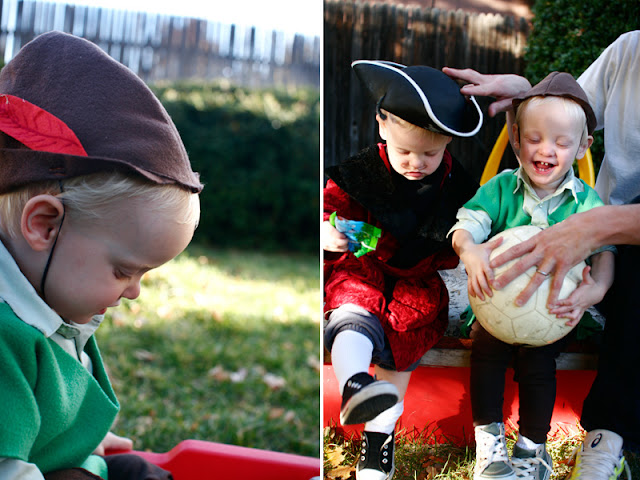 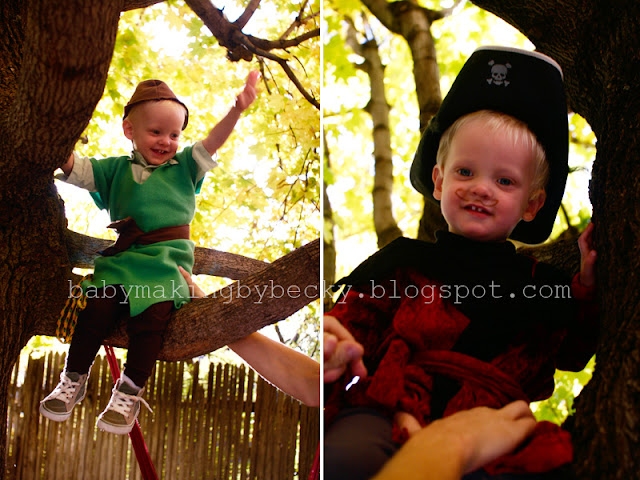 And trick or treating was amazingly successful. After about the second house, the boys learned that if they knocked on doors, they were handed candy. Soon they were sprinting from house to house, dragging their parents behind them. Micah even start yelling "Tree-a-tree!" at every house, which was adorable. The streets were dark by 7, and it was so fun walking with the boys and our friends, passing neighborhood kids that we've met over the last few months, and knocking on the doors of other friends.   The boys were so cute, that lots of people pretty much threw handfuls of candy into their buckets. Which is nice, because I am definitely eating that candy. 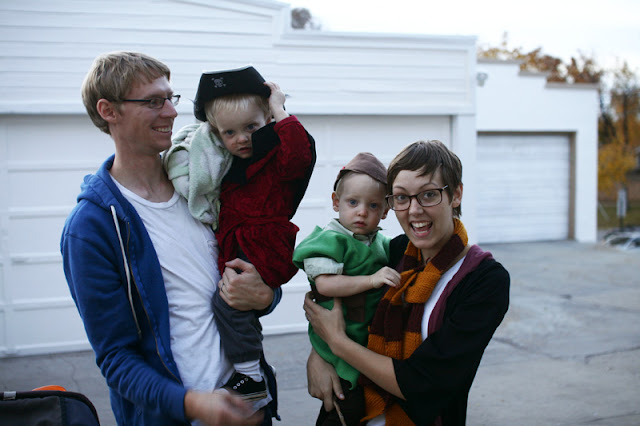 Okay, and as a last little thing: I made Micah's Peter Pan Costume based on {this} tutorial.
And I made Grey's Captain Hook costume by putting him in a frilly girl turtle neck, and an adults' Vampire robe that I chopped up and made child-sized. He also had a dollar-store hat and sword, but guess what: he was not even remotely interested in wearing or holding them. He was not interested in a wig or a hook, either.
I thought about making them fancy Peter and Hook shoes, but guess what? They mostly hated wearing costumes, and I wasn't spending more effort and money on something they would not even wear.

Posted by Becky Pitcher at 9:31 AM

It looks like it was a pretty good success. The weather looked a lot nicer there than in the North East of cold and rainy. Maybe one of these Octobers we will do the costume thing.

Just came across your blog and I have to tell you, your family is precious!

Your boys are so cute in their costumes. Priceless smiles on Hook and Peter Pan!


Every year they will love costumes more and more. When Renn was 4 he wore them every day. Darling costumes and boys. Peter and Capt'n Hook, what a surprise!