After I wrote that post about Micah the other day, I was determined to write one about Grey, too.
Even the difference between their pictures helps demonstrate their differences in personality. Micah was content to sit with me for half an hour, going through many emotions in a short time and spending most of the "photo shoot time" smiling and showing off.
But I literally had to chase Grey around the yard, begging him to spare a glance at the camera. 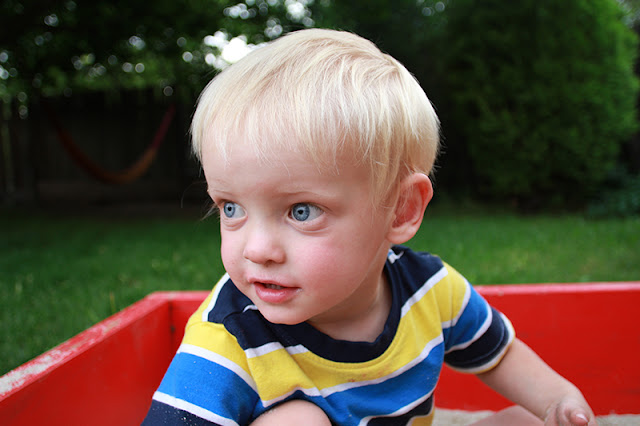 He is always very busy. He has bugs to catch, trains to watch, sandcastles to build, and rocks to collect and he can't spare any time smiling at a camera with me.
If we don't follow him around while he plays, then he plays without us. He is content to be alone, and often seeks little opportunities for solitude. 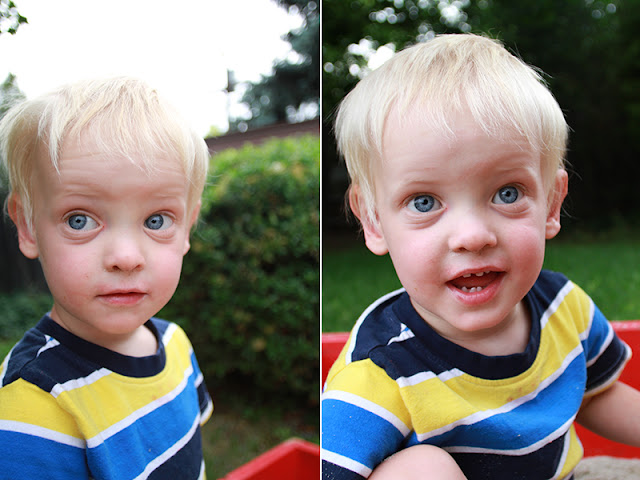 That being said, he is also my most unexpectedly affectionate child. Sometimes when I lean down to give him a bedtime kiss, he pulls me in for a second, third, fourth, and tenth kiss. Every night when we shut the door to his bedroom, he shouts at the top of his lungs, "LOVE YOU, MOM! LOVE YOU, DAD!" and continues to shout it until we shout our affections back to him.
He gives the tightest squeezes and always says, Thank you, I love you, Bless You! and every other polite little thing without being asked. 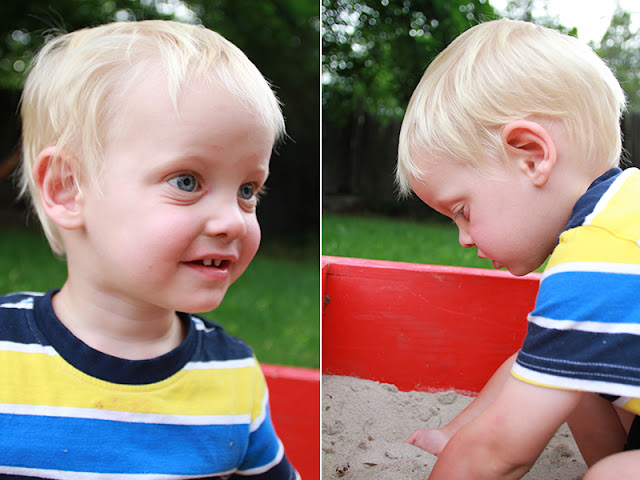 He isn't as quick to throw tantrums, but when he's angry - he's much more likely to be angry for a while.
Recently on a walk, he grew frustrated enough to hit me hard.
I set him down and Micah and I continued without him. A hundred yards later, I walked back.
"If you can say that you're sorry, you can come with us," I said.
He glared at me for a few seconds, then said, "No," turned and started walking away very deliberately, with his little fists clenched.
Fifteen minutes later, after lots of heart-to-heart style conversation, I managed to convince him to whisper (really, he was just mouthing the words), "Sorry Mama."
Good enough. We'll take what we can get. 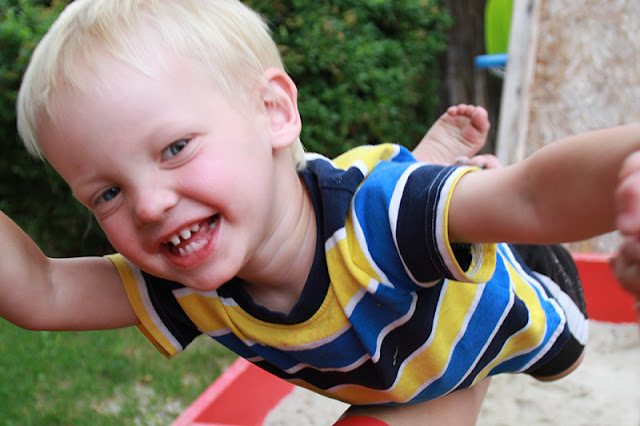 If Micah is a lot like me, then Grey is a lot like Travis. He's hard working, independent, and very busy. He likes to be and play with friends, but only if it's convenient. He's much more upset about missing a chance to see a train than missing a chance to snuggle. And he doesn't quickly flash through many emotions. You can see here, he's neither solem or overjoyed. Just good-natured and a little silly.

Also, when I took the pictures below, it was to this conversation:
Grey: Watch train go!
Me: We can watch the train if you smile for some pic-
Grey: CHEEEESE. Okay? Scoot! Scoot! 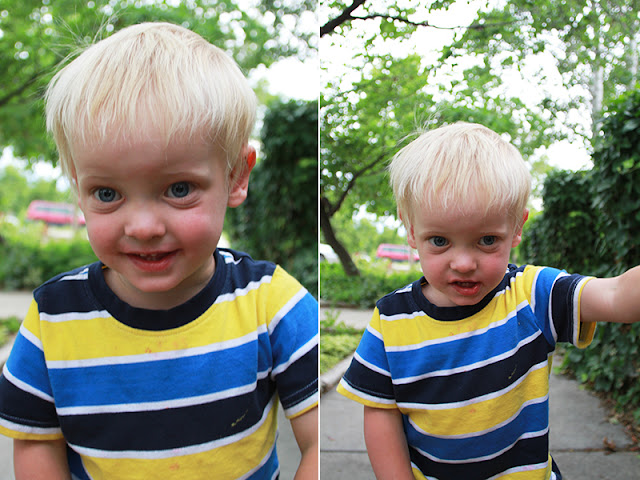 Yep. I was in his way. He gave me what I wanted, but get out of my way, Mom. Here it comes!

Posted by Becky Pitcher at 8:09 PM

Irresistible! These are wonderful little vignettes!