I read a really lovely blogpost recently, that described a day as a stay-at-home mom so perfectly. It is the best of times, it is the worst of times. There are so many hard things about being home all day with the boys (especially when that alone-ness continues into the night, because Travis is traveling). But it is also so wonderful and rewarding. Being home all day with my little boys is the best and most remarkable, phenomenal, tremendous thing that I could imagine doing - even if it's also hard and sometimes terrible.
It is everything. The good and the bad, the simple and the confusing, the hard and the easy. Motherhood is all the things.
Sometimes my pictures from the week seem misleading. They seem quiet, and peaceful.
My life is fantastic, but rarely, rarely, rarely is it quiet. I am trying to make it more peaceful (even in the midst of the noise.) After church on Sunday the new nursery leaders and I had this conversation:

Nursery Teacher 1: Your boys were champs! It was so nice to have them particpating in the lesson and singing the songs, even though none of the other kids did.

Me: Wow, that's awesome to hear! I was worried they just spent their time picking on the littler kids.

Nursery Teacher 2: Well, they are really destructive. They have so much energy! Your house must just be a wreck, huh?

Sigh. Yeah. It is a wreck.
But you know, I've learned to stop caring. Nope. That's not true. I hate when my home is a wreck and like for things to at least be semi-tidy at all times. But I've learned to accept that despite the fact that my children are energy-filled little tornados- they are also wonderful. They are champs. They love to learn, to sing, to run, to wrestle, to read, and be moving and busy all the time.
I just gotta run alongside them. Even though I'm freaking exhausted, because, hello? I'm a pregnant lady not a hyper three-year old boy.
Also, I am seriously missing those three-hour naps. But I think 11 hours of sleep a night is making up for it. 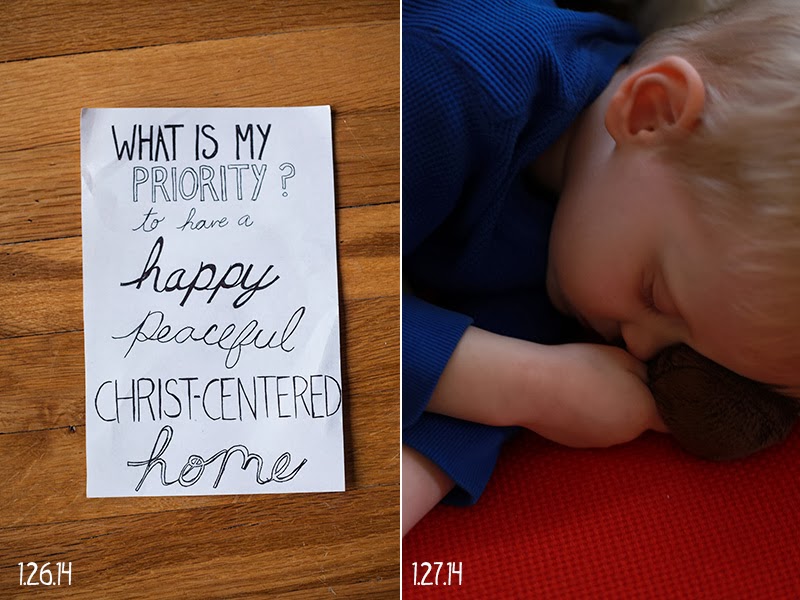 Sun: After a powerful lesson at church, I made this little sign to hang in my kitchen. Sometimes it's hard to remember that my priority isn't to have the dishes done, to make it to storytime on time, or to teach the boys the alphabet. My priority is to have a happy family, and I need to act like it. // Mon: We haven't really given up naps, since the boys still fall asleep for 20-45 minutes a day. 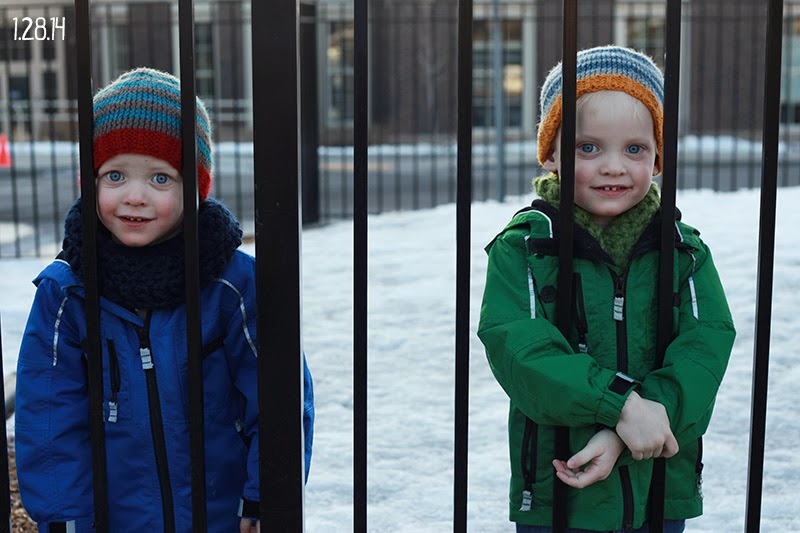 Tues: On a walk with my favorite dudes. 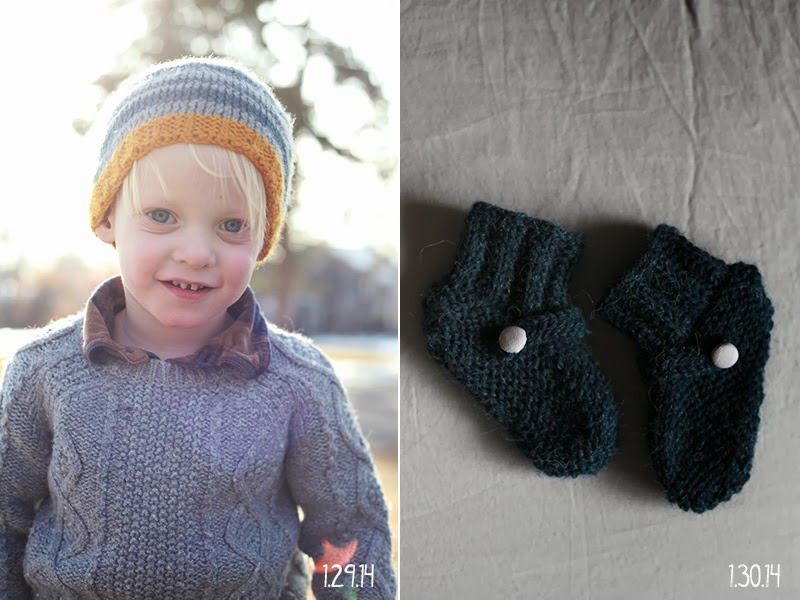 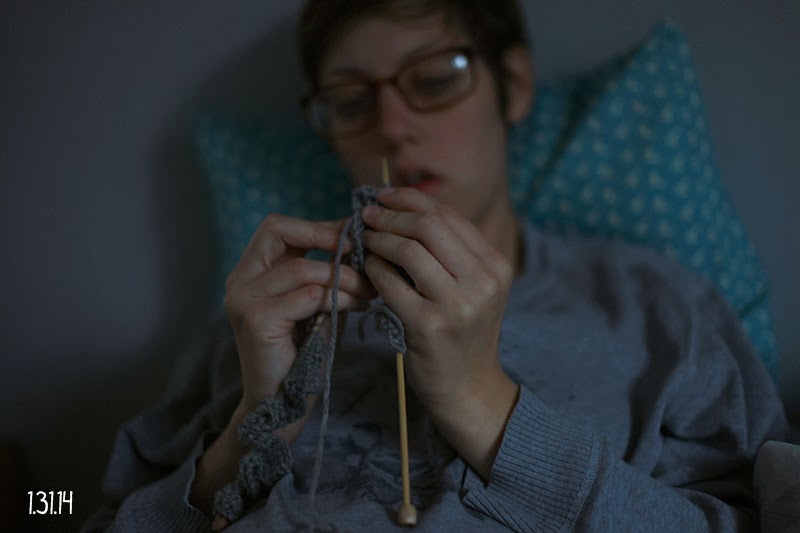 Fri: Grey actually took this photo of me working on a bonnet for Baby Boy, and I love it. It's a little glimpse of what his Mama looks like to him. It doesn't matter to him that I'm in a stinky oversized sweatshirt, or that I'm lying in bed, or anything. He just loves his mom and wants to take her picture. I even smiled at him and said "cheese" and he said, "Don't look at me. Keep knitting."
Oh, my little boy. Capturing life as it is and following in his parents' footsteps. 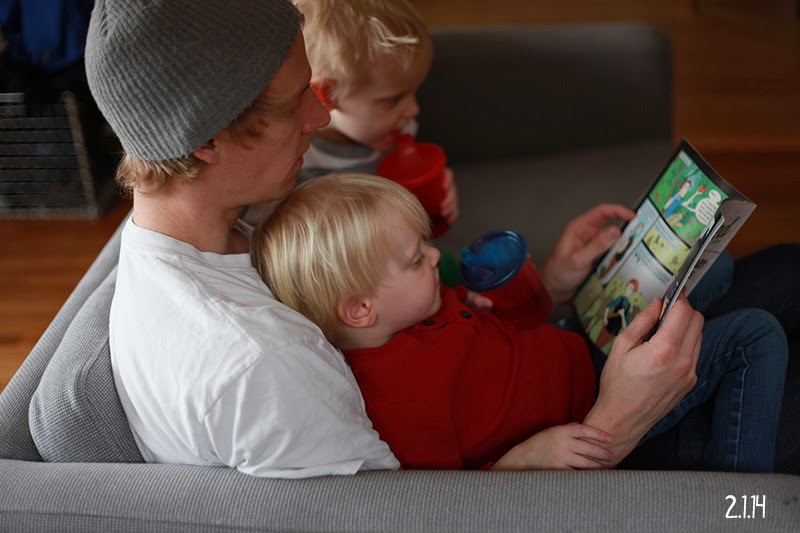 Sat: Daddy is home, and we require all of his attention.

Posted by Becky Pitcher at 6:35 AM

Don't look at me. Keep knitting. Ha, how cute he is!

I admire your parenting style. I feel like you have done such a good job at instilling good qualities in your boys.

And I loved your comments about Motherhood.