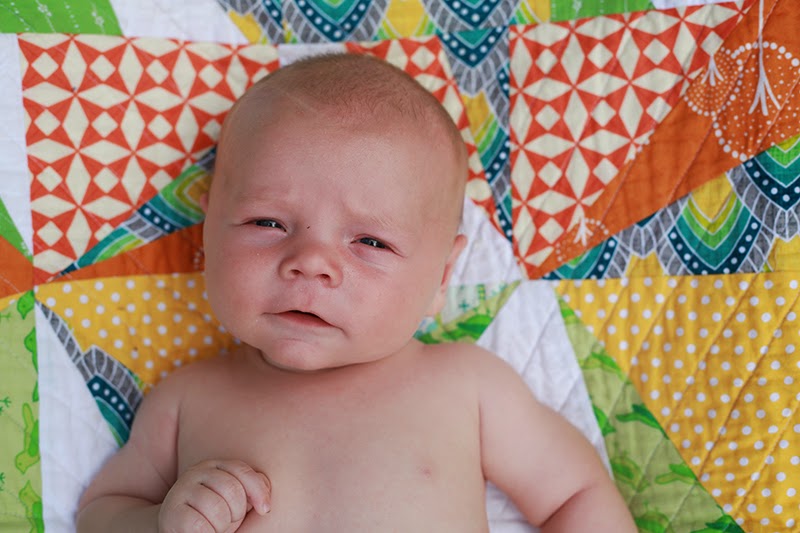 August spends the majority of his time looking vaguely concerned.

Having August is so much easier than having two newborns. He is such a pleasant baby. The days seemed to drag on endless when the boys were born - and yet I couldn't believe when they were one month or two months old. Where had the time gone?  (The days are long, the years are short.)
But now, every day seems to fly by. It's surprising that August is already two months old- but not so staggering as with the boys.
Every day August surpasses himself as best baby ever. He has now cried three times since coming home.
Once after his circumcision, once when he had an ear infection, and once at the park (that lasted about two minutes and then he was so worn out that he promptly fell asleep for an hour on our picnic blanket.)
He grunts, he whimpers and occasionally squawks. But he does not cry.
August has not rolled over again in the last month. He dislikes tummy time, but not enough to scream about it. He likes to be held, but his favorite place to be is in his rocking chair. It's shaped like a bouncer, but doesn't move mechanically. If I sit and rock him, he'll move - or if he's asleep in it and starts wriggling, it will rock a little itself and put him back to sleep.
He likes to sit in it, because it's inclined so he can see us - but he doesn't have to work to hold up his head. He likes the Bumbo, but he gets tired sitting in it for long. 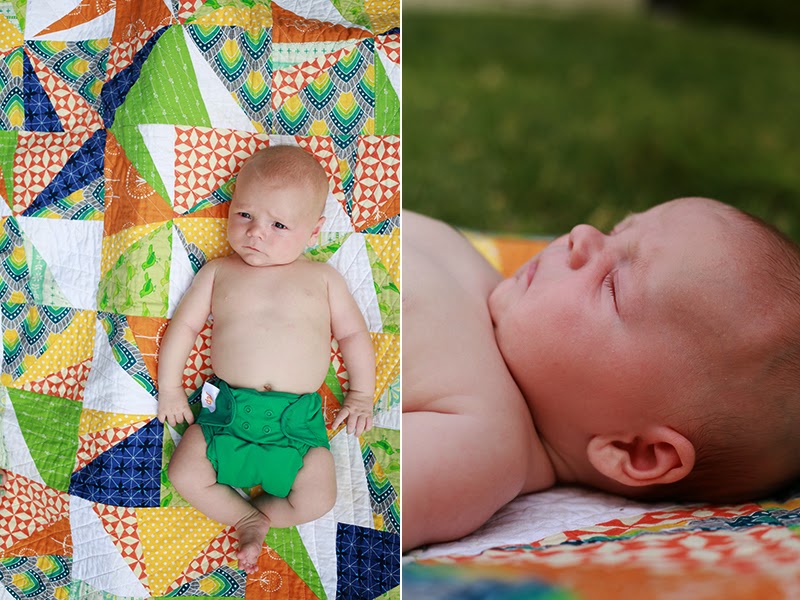 I love his little eyebrows and profile! He has new hair growing in on his head, and it's staying pretty dark! I'm so excited. Maybe he'll look like his mama?

August now smiles all the time, especially in the morning and evening. He loves when we sing or talk to him, and sometimes tries to squeak back - though he's often just content to listen.
August loves his brothers and immediately perks up and gets excited when he hears their voices or sees them walk by him. If we lie him down in his bed, he'll usually lie there staring out the window until he falls asleep - even if it takes him twenty minutes.
Last night, he celebrated being two months old by sleeping from 10pm to 4am, eating, and then going right back to sleep until after 7am!
We love this perfect baby! In fact, I'm feeling a lot of preference towards him right now - as my other two children are in their room screaming. They're being punished for intentionally dumping out several water bottles all over their carpet "as a game." All they need to do is clean it up and they can come out.
We're going on twenty-minutes of time-out time, people. Sigh.
Some days are still long, I guess. 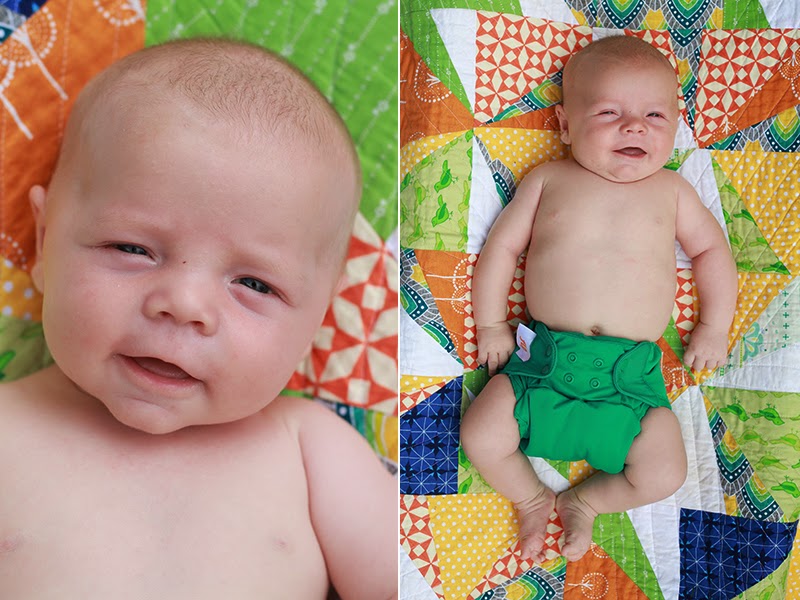 he is SO cute!

UGh
Stop being so attractive August.