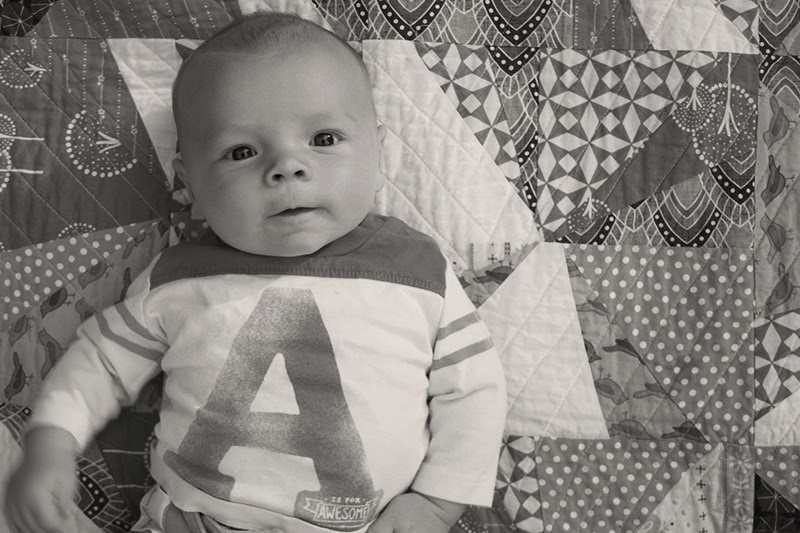 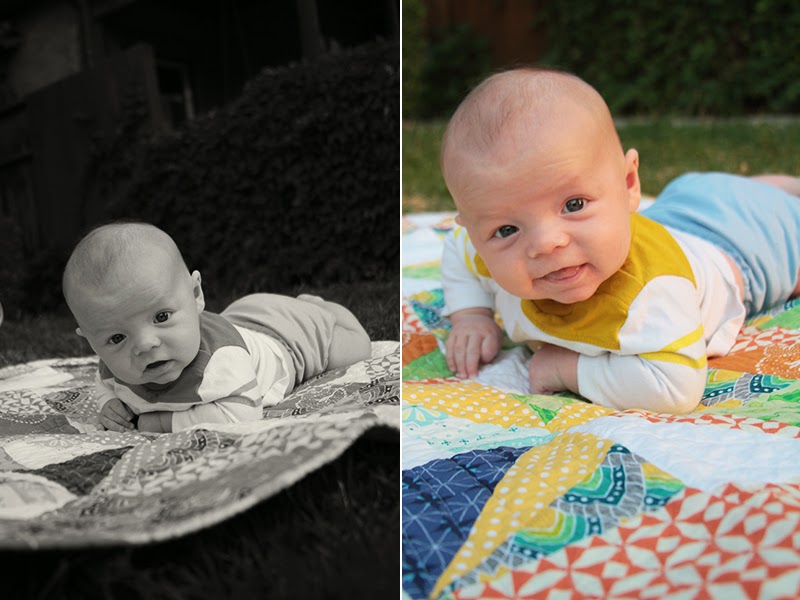 This happy boy is three month old! It's strange to think that a year old, I wasn't even pregnant yet.
August likes tummy time, if you keep your face down next to him, so he can see you. He holds his head up high, so he look around. He prefers lying on his back, though- and dislikes being reclined in someone's lap! He's always trying to pull himself forward to sitting.
He wants to sit up by himself so badly, and gets frustrated that I try to lean him against things.
He also loves to stand up, and locks his little knees so he can stand up on our laps and smile around.
He talks and smiles constantly- and even laughs with gasping little squeals. It's hard to get him to laugh like that, though! He isn't very ticklish yet, but occasionally I can get a laugh out of him that way. His favorite game though is patty-cake. He laughs and squeals, coos and talks. He is constantly making the sounds, "Hiiii!" "Hey!" so it really sounds like he's trying to say something!
When he is sad, he likes when I sing or whistle and calms down.
He still never, ever cries unless he's hurt. The worst is when he has a painful burp he can't get out. He sticks his little bottom lip put in the saddest, cutest pout and cries. He grunts so often that people constantly ask, "Are you working on getting something out?" but he's usually not. He's just grunty. He doesn't ever cry when he wakes up, just whimpers a little for a few minutes- and then puts himself right back to sleep. Because of that, he's been sleeping about 8 hours in a row at night, sometimes going 10 hours between meals!
He sucks on his hands and fingers constantly, with the funniest little slurping noises. You can hear him sucking away at his fingers from other rooms! And he likes to hold fistfuls of fabric, be it his blanket, burpcloth or the clothes of the people holding him.
We love this calm, happy little boy.  He's the best, nicest boy ever. 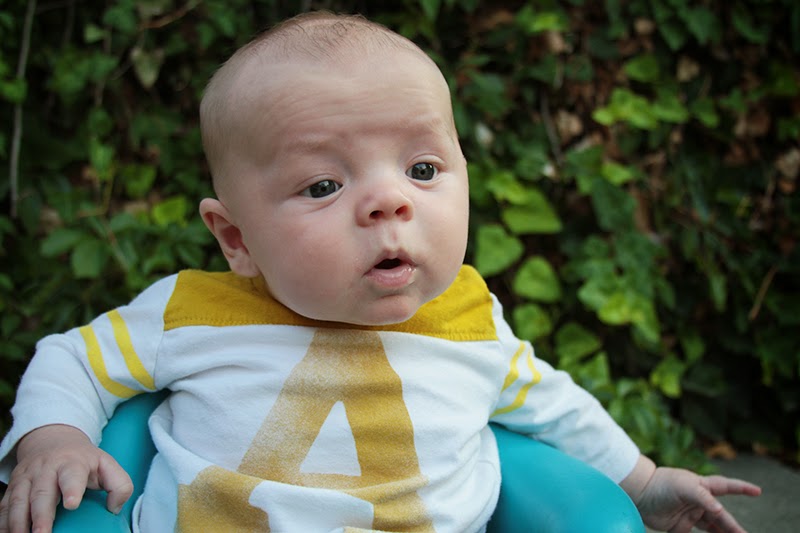 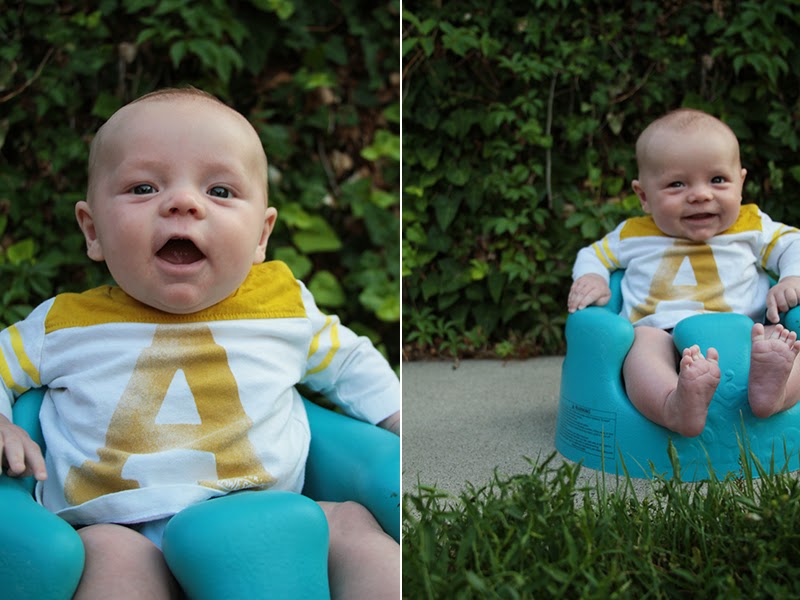 Posted by Becky Pitcher at 7:34 AM

No one will argue with that! I can't believe how he went to anyone and allowed them to hold him and rock him to sleep. he is the sweetest!