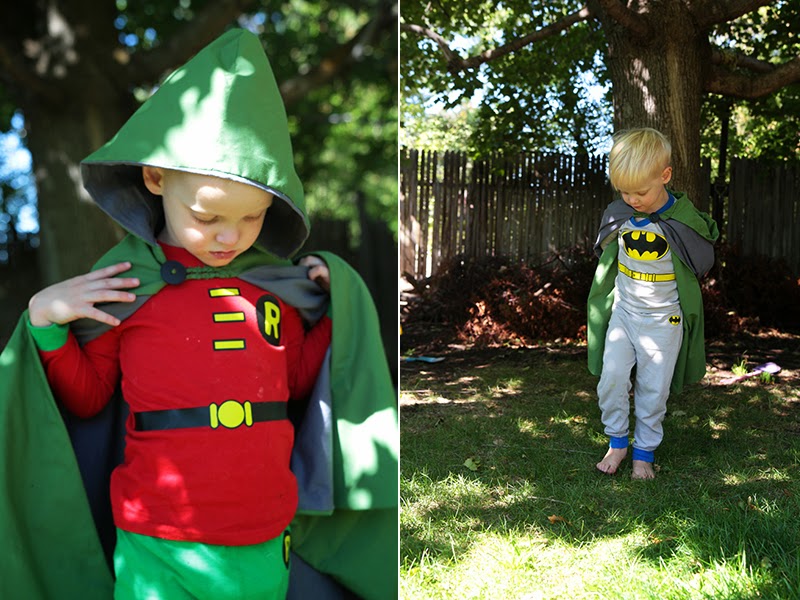 My children have had pretty limited exposure to Superheroes. They had a few things from the dollar section of Target (like water bottles and markers) that had superheroes on them. Grey and Micah would constantly ask, "Who is this?"
"Iron Man," I would say, without any further info. Nonetheless, they were soon playing games wherein they would wrestle, shoot from their hands, and pretend to fly- all while yelling, "I AM IRON MAN!" or "I'll get you Iron Man!"
The first superheroes they became attached to, you might say, were Batman and Robin.
They were given an old Look and Find Batman and Robin book that was my brother's when he was little.
It is a book without a plot. Just 12 or so pages of Batman and Robin in different rooms with a different bad guy to defeat (for example, to help Batman and Robin defeat Mr. Freeze, find all his Ice Machines so he can't freeze the winter carnival.)

It is dumb and boring (to me), but they requested it constantly. They started asking lots of questions about Batman and Robin, and slowly they learned about them without ever picking up a comic book or watching a show.
Then my mom found an episode of Scooby-Doo with Batman and Robin. They watched that, and their obsession gained some momentum. Like flies drawn to a light, or a compass' needle to the north pole.
I don't know how it happened, since I really didn't encourage it and none of their friends were into it... but my boys found superheroes.
And they love them. No. They don't love them. They are obsessed. 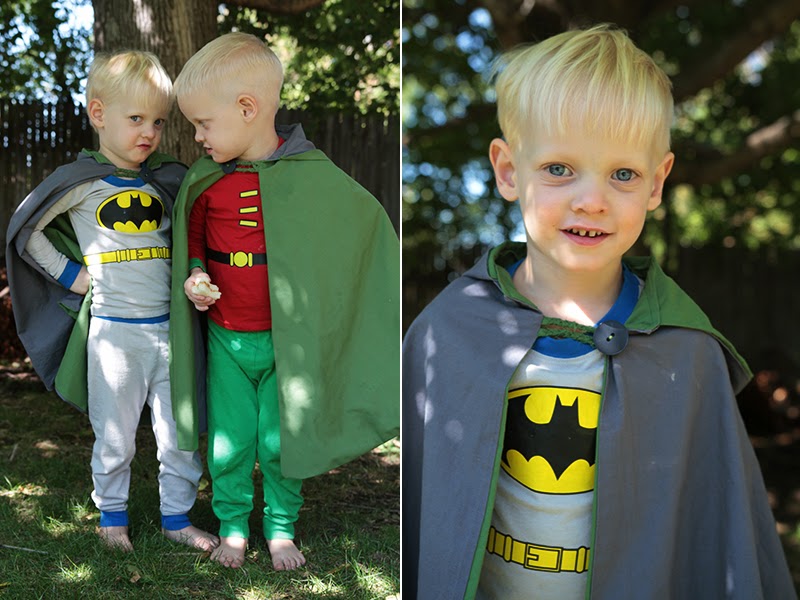 At the library recently, I had my arms full of cowboy books. We had been to a rodeo recently, and I planned on getting my boys into horses, cowboys, bandits, and native americas. I was totally psyched.
Then they saw a poster with the Justice League on it.
And they started FREAKING OUT. So we went to look at comic books, and came home with several comic books instead. They started telling me (regularly) that they were going to be Batman and Robin for Halloween.
But everywhere I searched, the costumes were
1. Expensive
2. Too "adult" and muscly. (WHY SO MUSCLY?)
3. Stupid
I wanted costumes that were timeless, not tacky, warmish, and comfortable.
And then, I changed my search. And I found these awesome PAJAMAS.
Three days after getting them in the mail, and I practically had to force the boys to take them off and wash them. (I was only successful because they were muddy.)
And they have been begging to put them back on since they came out of the dryer.
I guess we're moved on from diggers to Superheroes.
I wonder what will come next.... 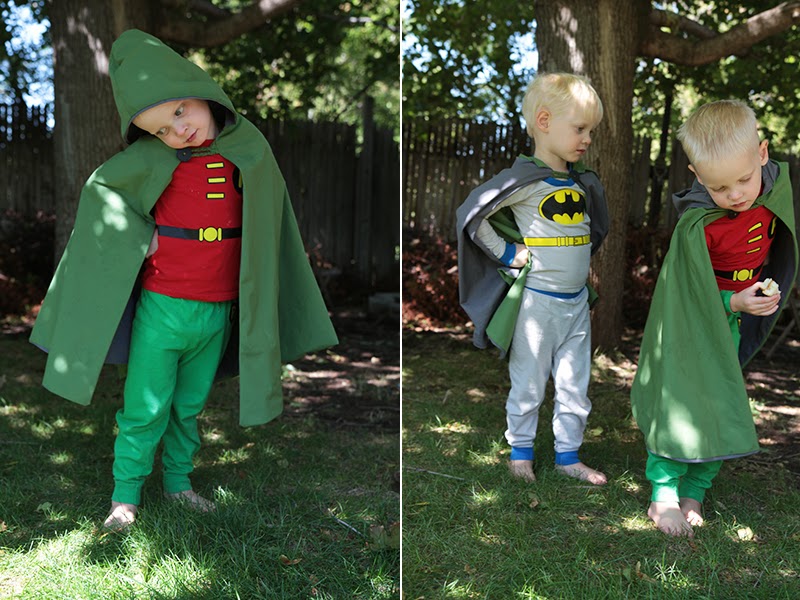 Oh Becky, your boys could be the commercial for those pajamas! You should send those photos to the manufacturer. Really darling photos!