Three and a Half 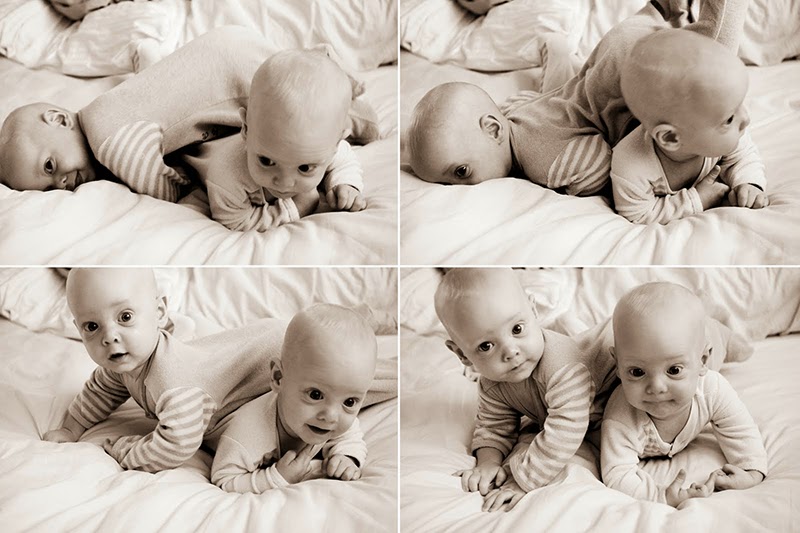 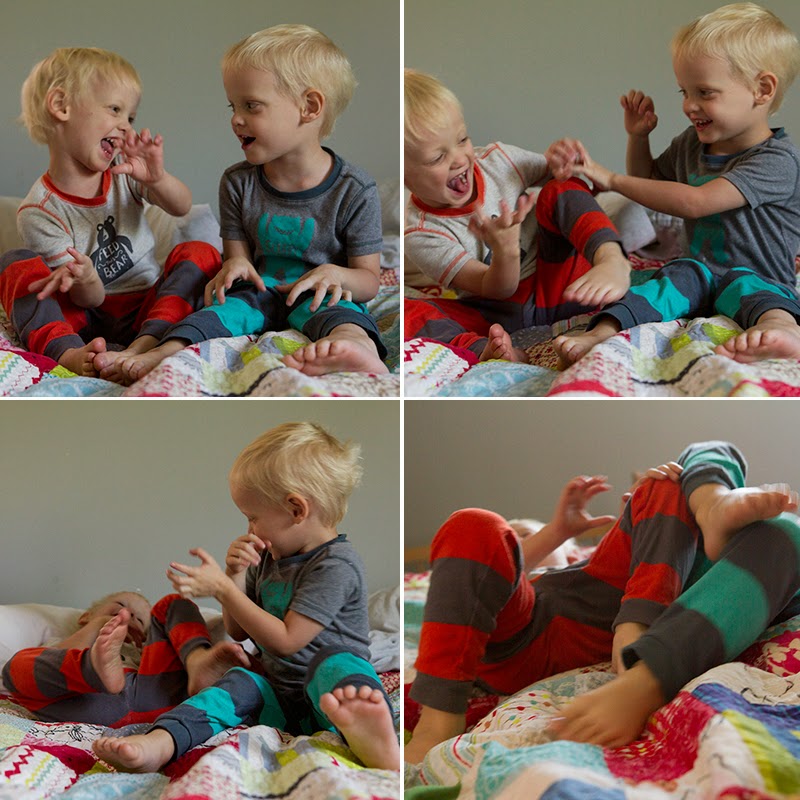 Once upon a time, I took pictures of Grey and Micah every month they grew older. They were babies, it was cold out, and I was an inexperienced photographer- so almost every month, they were lying in their pjs on my bed in the morning. The lighting wasn't very good. Their hair was crazy.
But I love those pictures.
This morning I realized that it was the boys' half birthday, and decided that I wanted some pictures. As I tried to think of a good way to trick them into a photoshoot- they were busy wrestling on my bed in their coordinating pajamas.
My usual update will have to come later. I'm actually pretty busy with a house full of wild boys (it feels that way, at least). 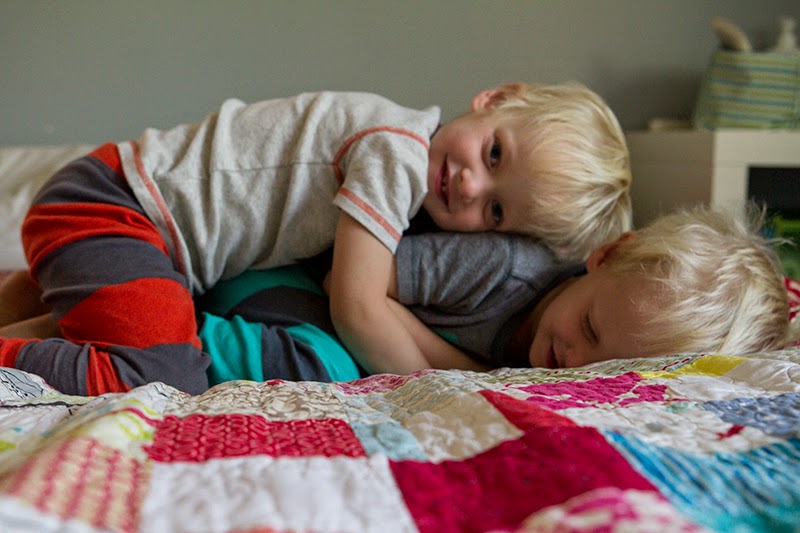 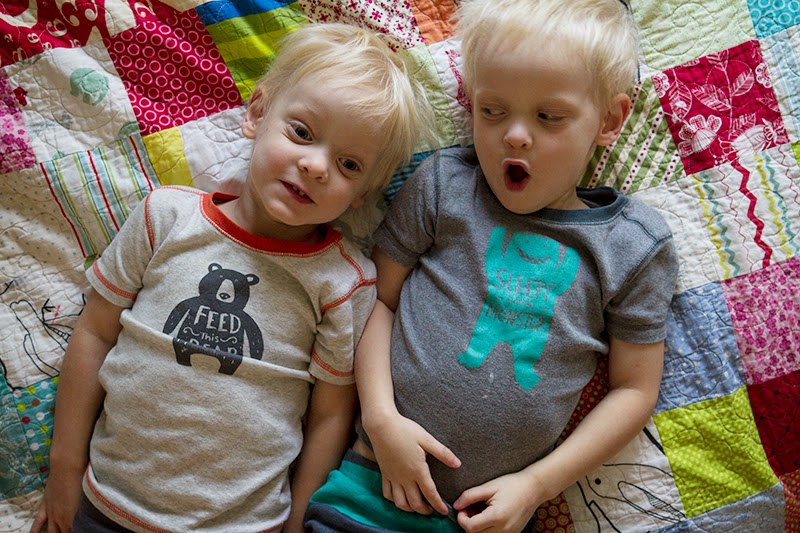 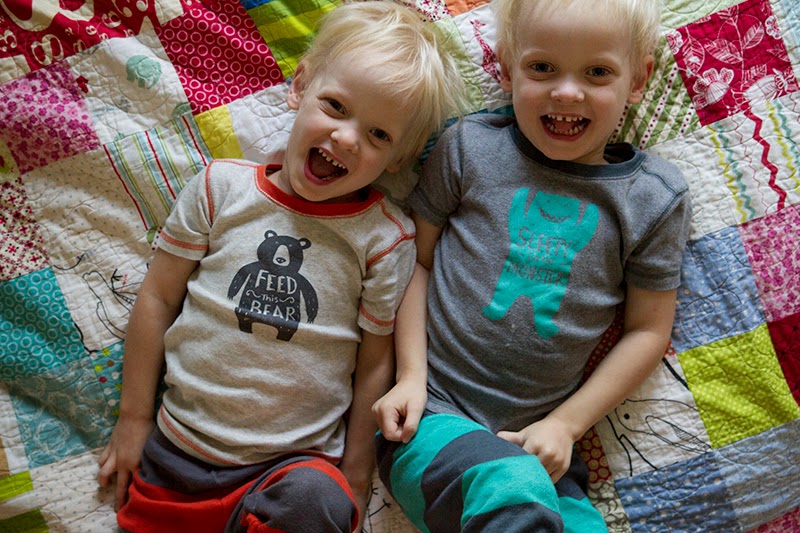 And, as it turns out: I wanted to share some photos of the boys when they were babies... 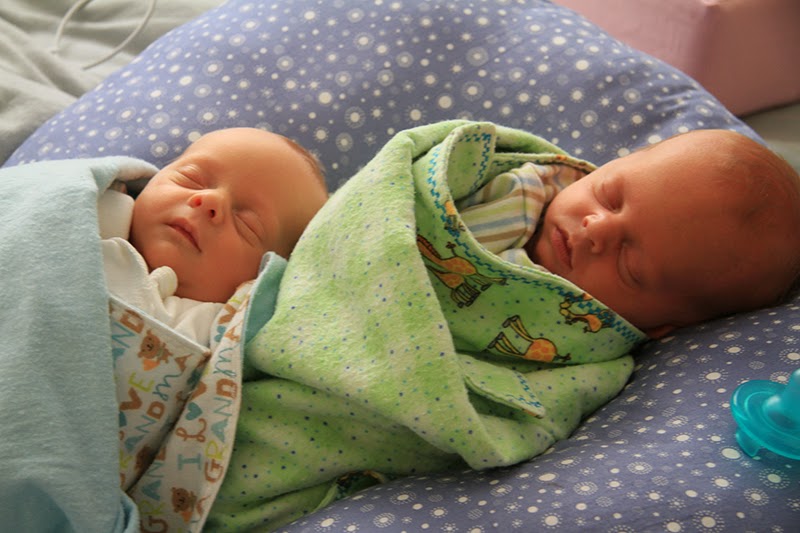 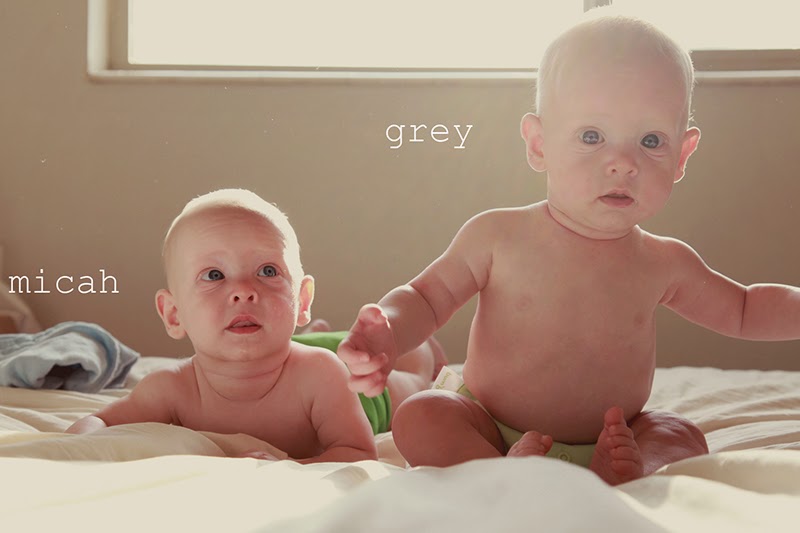 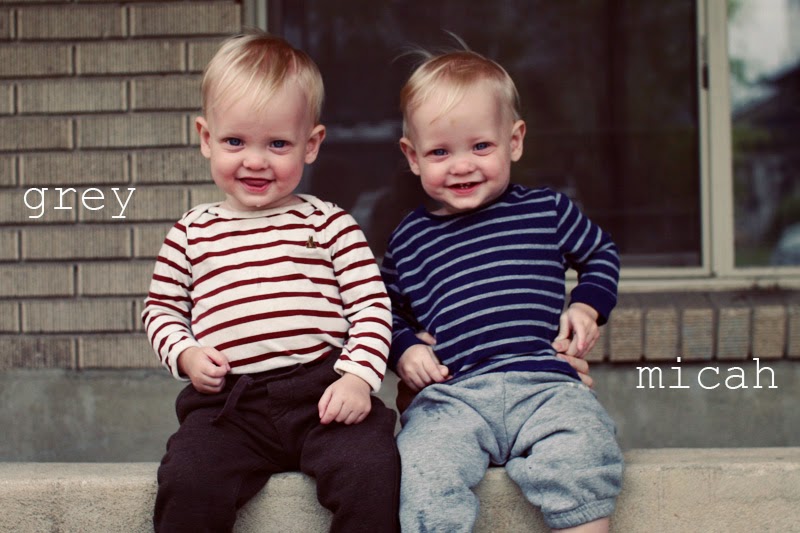 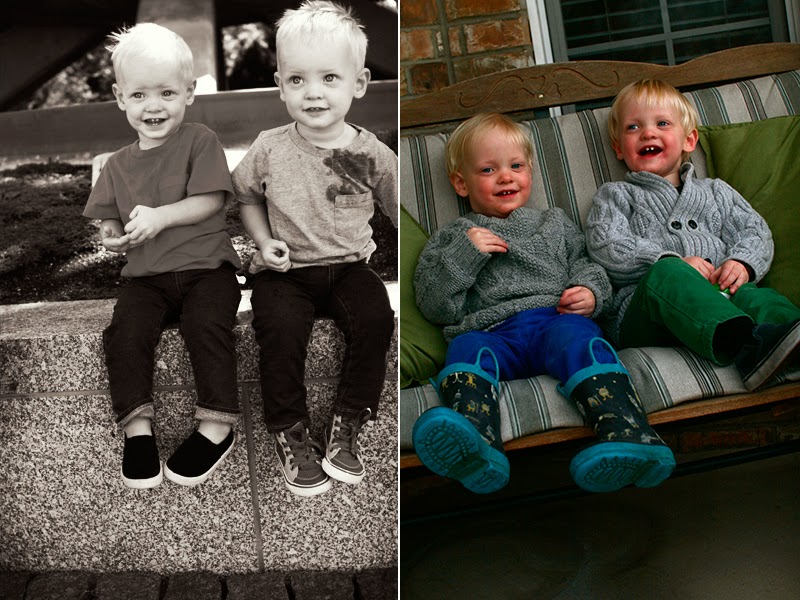 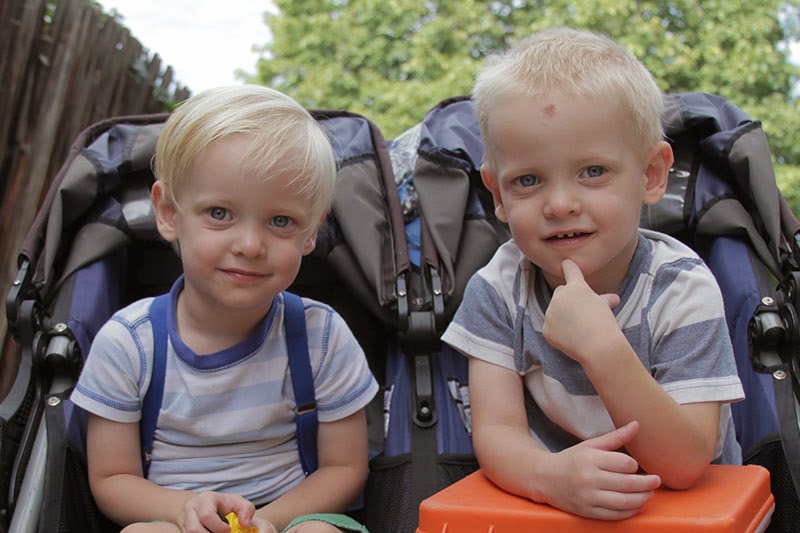 Two and a half (one year ago) 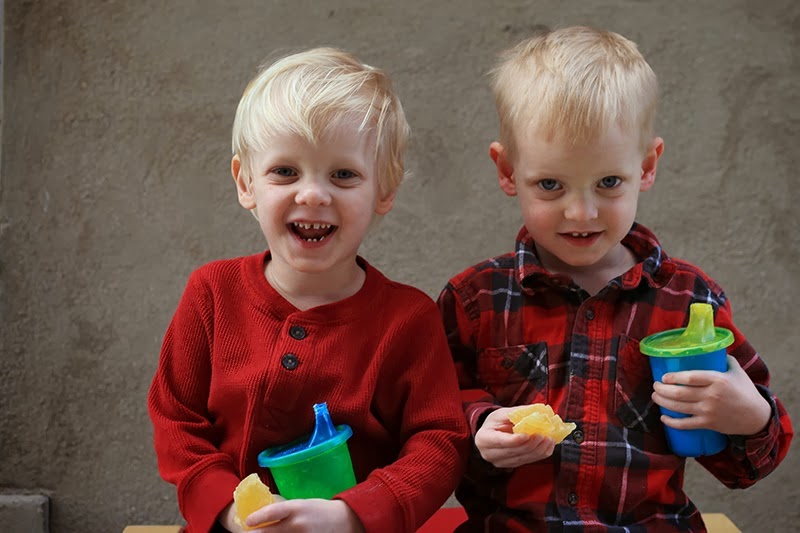 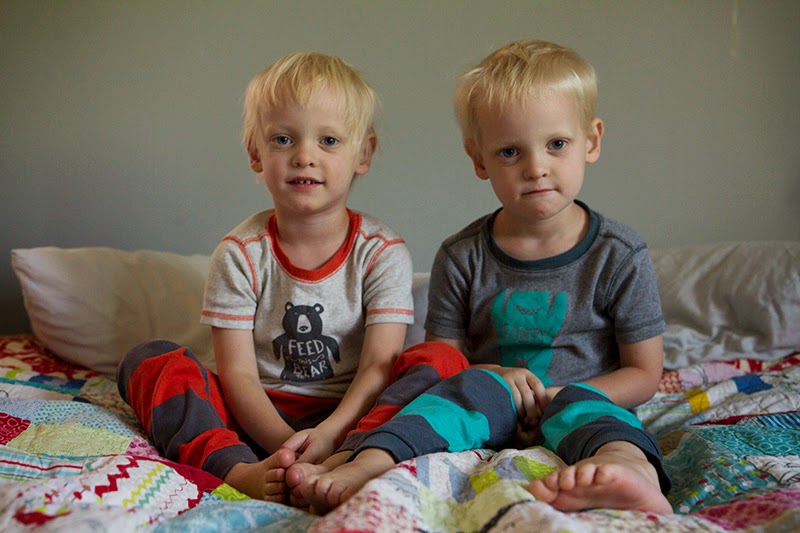 And three and a half.

Time flies when you're having fun...

Email ThisBlogThis!Share to TwitterShare to FacebookShare to Pinterest
Labels: flashback, pictures, three and a half, twins, update

Next time this year...they will be running away to preschool! leaving you at home wanting more babies ;)

Oh gosh, their one year picture just melts my heart.

Where did you get that shirt that says Feed This Bear?? So cute!

Simply fantastic. You have one amazing family. xoxo

I feel like they look especially older between 3 and 3 1/2. I can't believe they are so grown!