Portraits of my Boys 7

Ugh, people. Ugh.
This week has been one of those weeks. We've been sick since last Wednesday, all taking turns feeling poorly and August teething with diarrhea four times a night.  Our car broke down, too, which is going to cost a nice little parcel of cash to repair and in the meantime, we have no car for TWO (count 'em two) weeks! And once again, I had to delete my phone, for about the one millionth time, and this time I couldn't back it up again because it turns out- the backup was the problem. (Duh.)
So I lost all my notes again. About three hilarious weeks of Conversations with Three-Year Olds, which I didn't save because I was sure that they were being saved on my iCloud this time.

But the weather has been generally cheery, and my sick husband made a run to the grocery store on Valentine's Day for "juice" and came home with a dozen roses. Grey held them behind his back and said, "For the best mother," then Micah chimed in "You're the best woman," and Travis said, "For the best wife!"
Then Grey pulled out the bouquet with a flourish and yelled, "We said it JUST right!" And since then they've practiced their little speech many times. (For the best mother, you're the best woman...) I really like it.
So what I'm saying is: This week had some good stuff going on, too.

And here are some pictures of my boys: 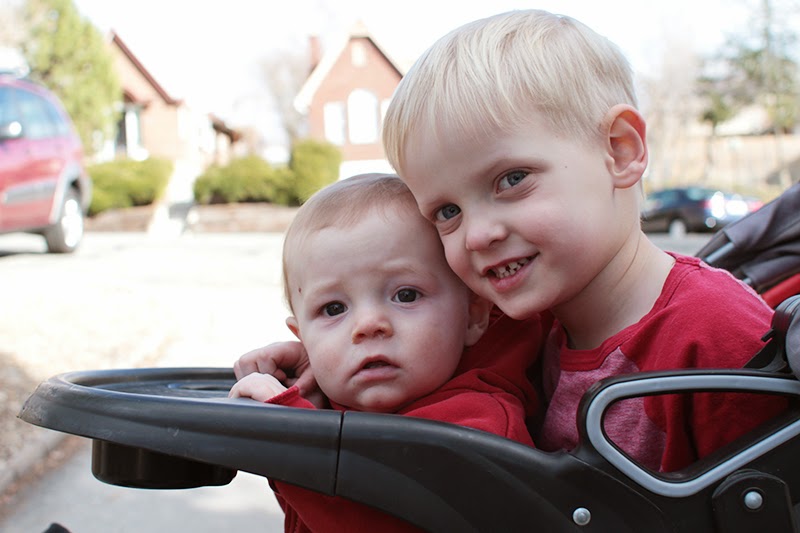 I will usually try to get a picture of the boys separately, but sometimes I can't help it. I love how they love each other. 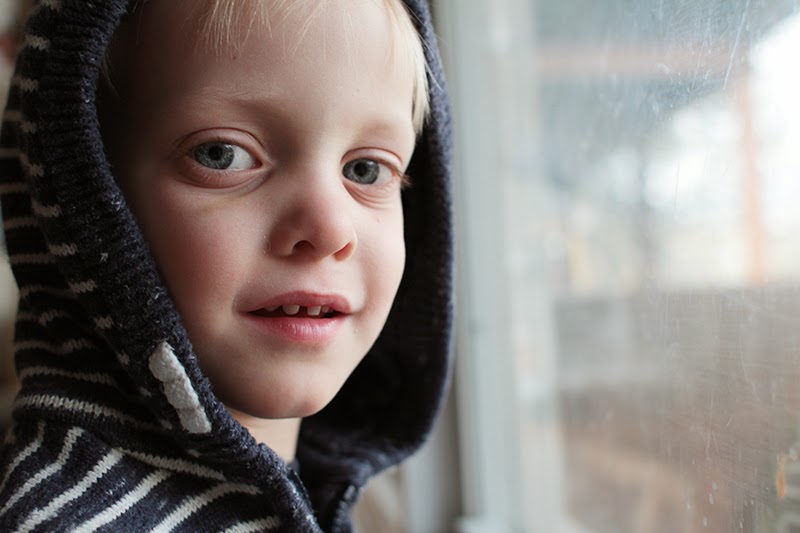 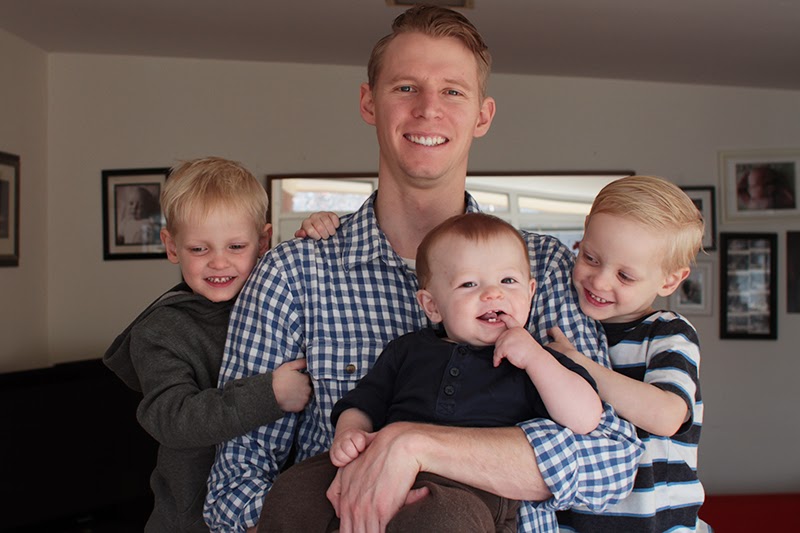 And, just for you, a Valentine's Day Special of me and my weird husband: 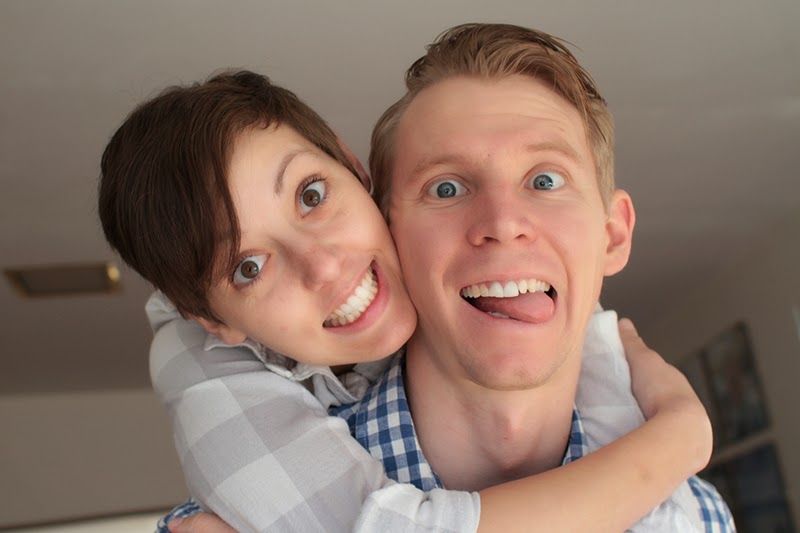