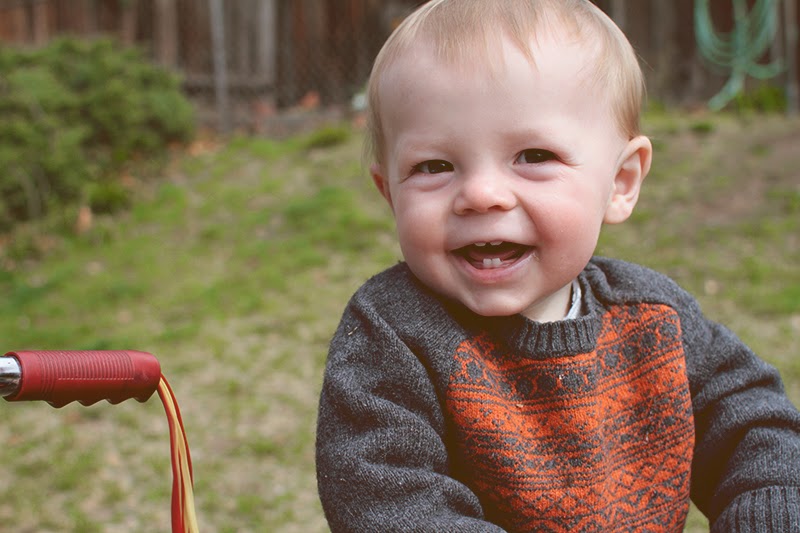 August is 11 months old, and has tumbled into boyhood in the muddy footprints of his brothers. He loves playing in the sand and dirt of our yard, is fascinated and interested in animals, collects cars and trucks from around the house and drives them while humming and vroooming.
Only two days after his ten month update, August started walking and talking! He now definitely says Mama, Dada, and Ni-night! And I'm pretty sure that he also says Hi, Bye-Bye and Outside ("Hide! Hide!")
He also makes lots of baby-sounds, especially when holding a phone to his ear!

August has also started walking, and can walk across the room with slow, deliberate steps- but he still prefers crawling if he has somewhere to go in a hurry.
He eats  so much (and has 6 teeth to help him do it), and I feel like he's really fat for my babies! But at his last check up, he was in the 20th percentile for weight (at a little over 20 lbs) and the 75th for height. (Big head boy was also in the 85th for head size.)
He can go up and down stairs by himself, and even scoots off of furniture (like the bed) in a pinch. Sometimes I leave him on the bed when I go to the bathroom, because I know he won't crawl off the edge so he is basically trapped for a few minutes, except that he has figured out that he can slide off backwards- just like going down stairs. So I've lost that ability! He can get on and off the couch, and even piles up the pillows and blankets in his crib to stand on and try to escape- so it's probably only a matter of time before he's uncontainable anywhere.


August loves people, and I get about 1 million hugs a day. He wraps his arms around my neck so tightly, and buries his face in my shoulder, humming in contentment. He will lie his head on people's laps (even strangers) and close his eyes, so they can't help but stroke his little face and hair- which he loves.  August says Mama and Dada when he sees Travis and I, especially if he sees us and screams in delight, and no one picks him up immediately. Then he's accusatory. MAMA! How could you?!
He can't say Grey, Micah, Brothers or anything of the sort- but will start laughing hysterically and yelling "Hi hi hi!" when he sees them after a nap or something.
August also has mostly stopped giving kisses, but loves to receive kisses. If you hum, he will laugh excitedly and push his forehead into your face for kisses. We always hum when we kiss him, so it's a sweet little game. And likewise, when he snuggles with us, he often hums as he nestles in. 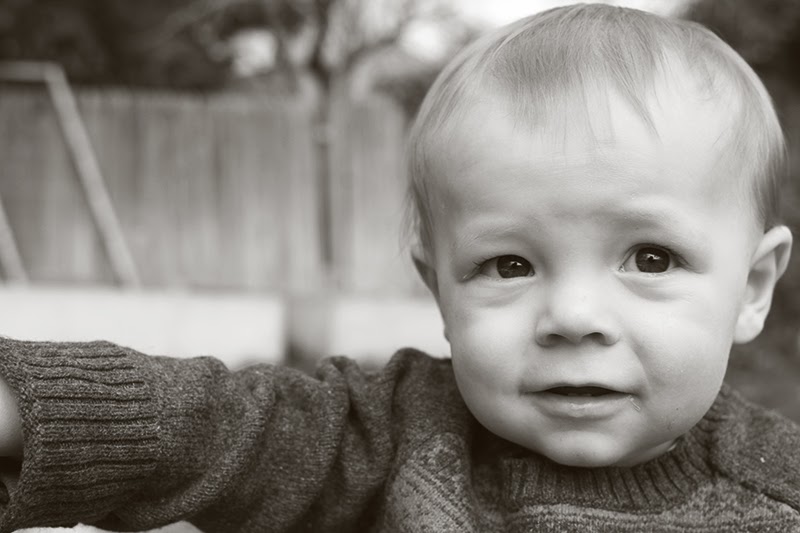 He is a pretty quiet baby, and never screams unless he is hurt or neglected. If we are holding him, even if it's three hours past his naptime and he hasn't nursed since the day before- he doesn't scream or cry. He just gets antsy and frustrated, grumbling and refusing to be set down. He only makes three noises: laugher, baby talk, and a humming/buzzing/singing that is just a long drawn out note.
He is so pleasant. He will cry in his crib or carseat, or if we take him out of the bathroom (his favorite room in the house), but always settles down by himself within minutes. He sleeps from 7:30-5:30 every night, and only nurses about 4 times most days. He eats anything and everything that we eat, and is currently really into Cheerios and roasted sweet potatoes. He loves to drink out of cups and suck on ice, and when he is hurt- I offer him a drink of my ice water and he'll cheer up.
His favorite toys are Mega Blocks (like giant Legos) and cars, which he drives around the house happily, and toothbrushes- which he loves to hold and suck on.
We love this little boy and cannot get enough of him. I didn't know they made babies so nice, and can suddenly understand why youngest children are spoiled. I want to give this sweet baby everything and more and never want him to cry or be sad!  Luckily for us, he almost never cries and is never sad for long. 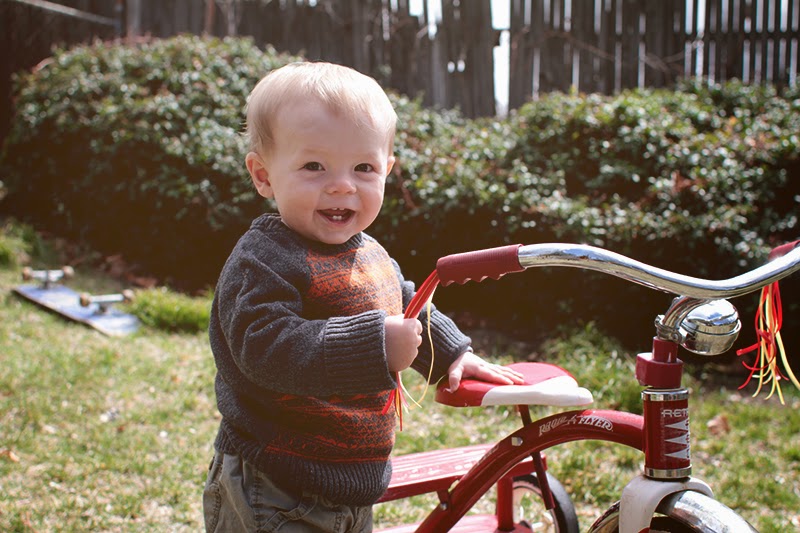 I have tried several times to leave comments and haven't been able to. Maybe this time! August is so adorable I can't stand it! I read all your current posts and they are very fun. I love the chance to be so close to you and your family. Kisses to all!