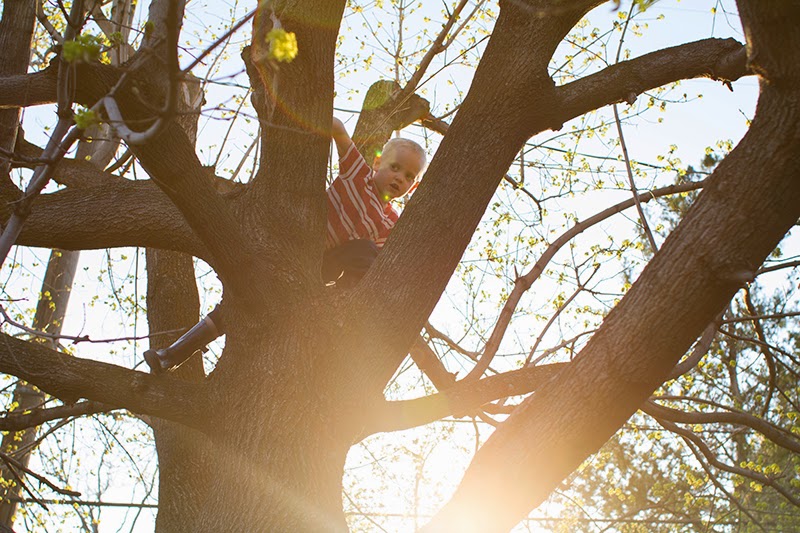 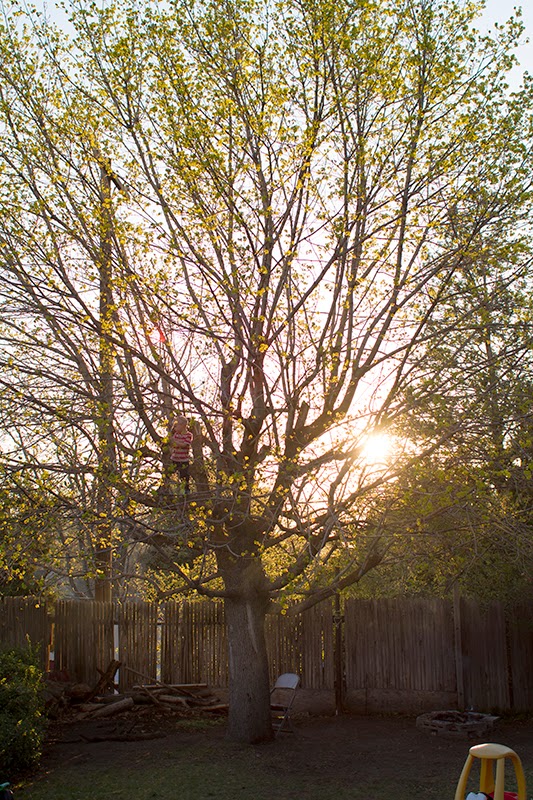 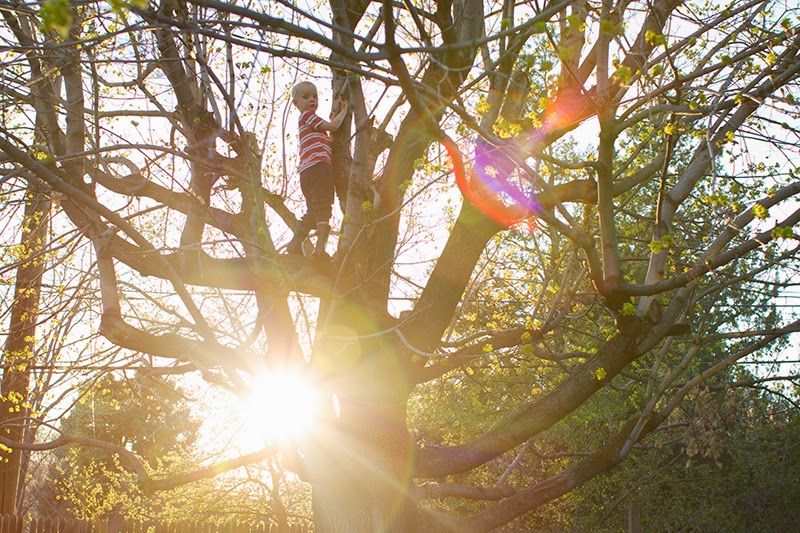 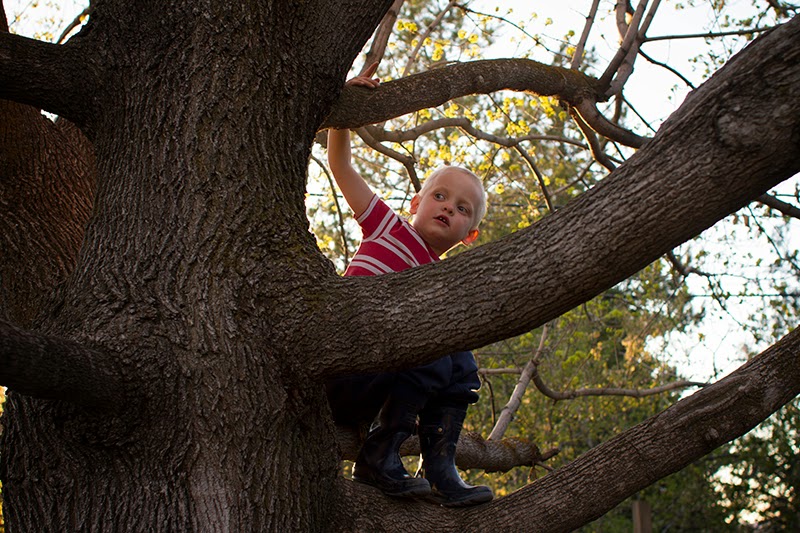 A few weeks ago the boys and I were on a walk. We passed a squat little tree with low, thick branches.
"Can I climb this tree?"
The boys have never really climbed trees. They've hung from trees and been set in lower branches.
I set the boys in the tree, assuming they'd just sit in the crotch of the branches, maybe scoot around a little.
Fifteen minutes later, I was pretty much begging them to climb back down towards me so we could go home.
And that was the beginning of the love affair with tree climbing.
Grey loves climbing trees. Both boys enjoy it and frequently ask for a boost on to the lowest branch in our big Maple tree, but in the last two weeks- I think Grey has actually spent over an hour a day climbing.
He climbs up, around, over and under branches. He scoots out to the very tips of branches. He lies down on branches and watches us move around the yard underneath him. He shouts (constantly) to the neighbors over the fence "Hey! What are you doing?!" and they constantly shout back, "OH MY GOSH, BE CAREFUL! WHERE'S YOUR MOM?"
It's extremely terrifying for adults to watch him climb.
The first few times, it stressed me out and I paced under the tree while he climbed, hoping that I could catch him if he fell.
Now, I pay him no mind. Grey climbs and we play.
He knows every branch on the tree, and when other kids climb up to join him, he'll even direct their climbing. ("Try to put your foot on that branch and pull yourself over here.")
I remember loving climbing trees, and feeling so confident and sure footed. I never fell out of tree as a kid, and have high hopes that Grey won't either because holycrap that's a long fall.

I love this boy. I love watching him think and work, quietly maneuvering and zoning out into his own little world. I love that he is so confident and brave, but also very careful. He isn't up there being careless or goofing around- he climbs up a tree and concentrates on what he's doing. He is my little brave heart. 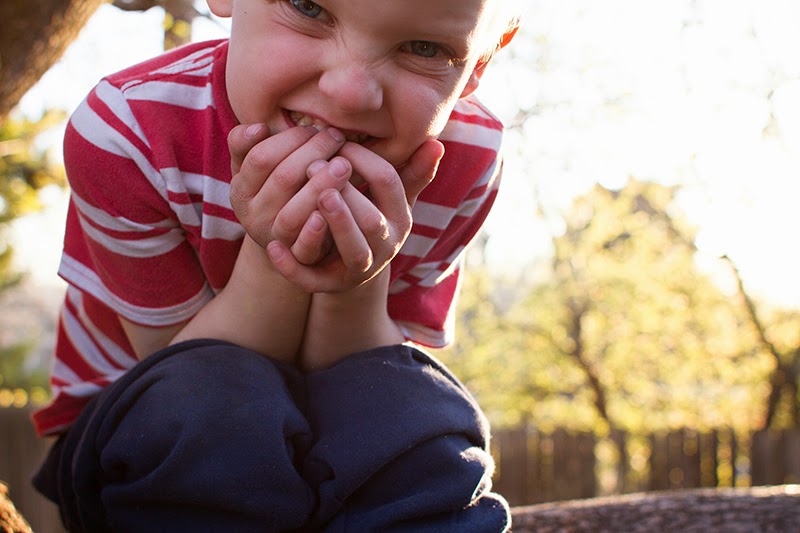 Posted by Becky Pitcher at 9:16 AM