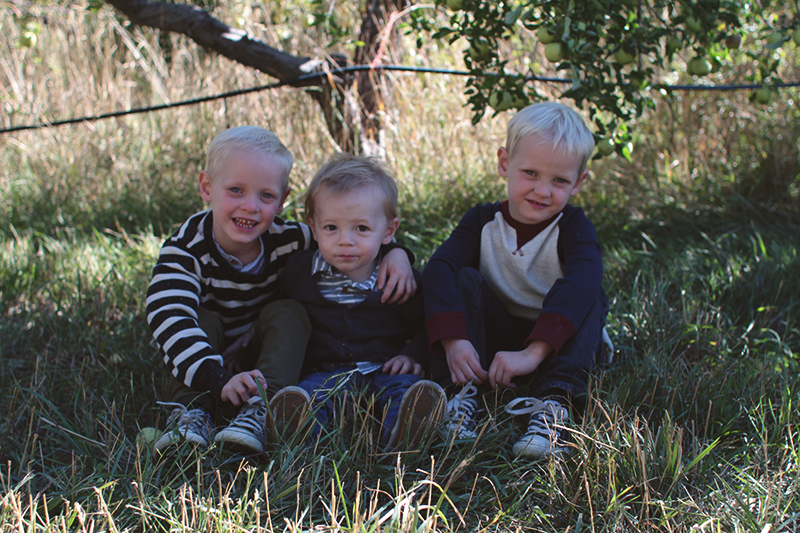 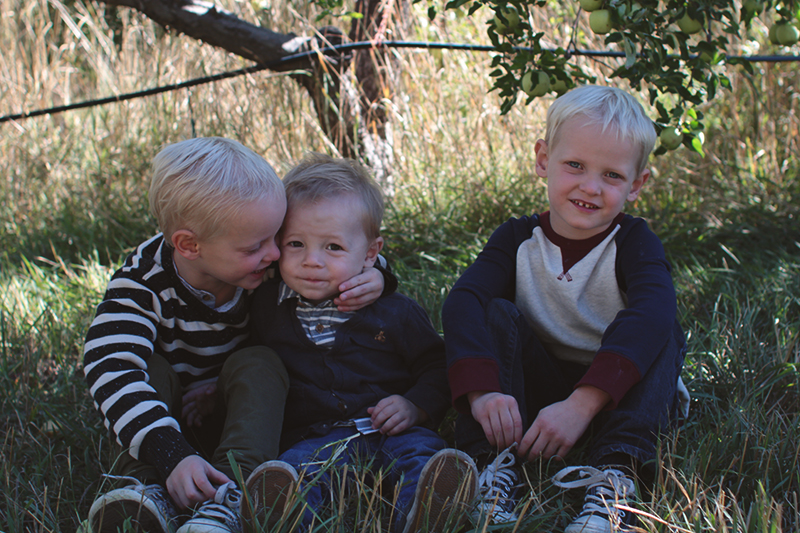 The last time that I posted weekly portraits of the boys was week 30.
But according to Dr. Google, it is the 38th week of the year. I am a serious slacker.
So to make up for it, here are five pictures of each of my children (which, to be fair, still leaves us two weeks short.) Ah me. I'm not perfect, I guess. If only for this, I probably would be. But I made this mistake and it's a big one.
Okay. Whatever. I know you don't even want to read this babbling, right? So here are pictures of my children. They are cute. I love them. Those pictures at the top? They melt me. 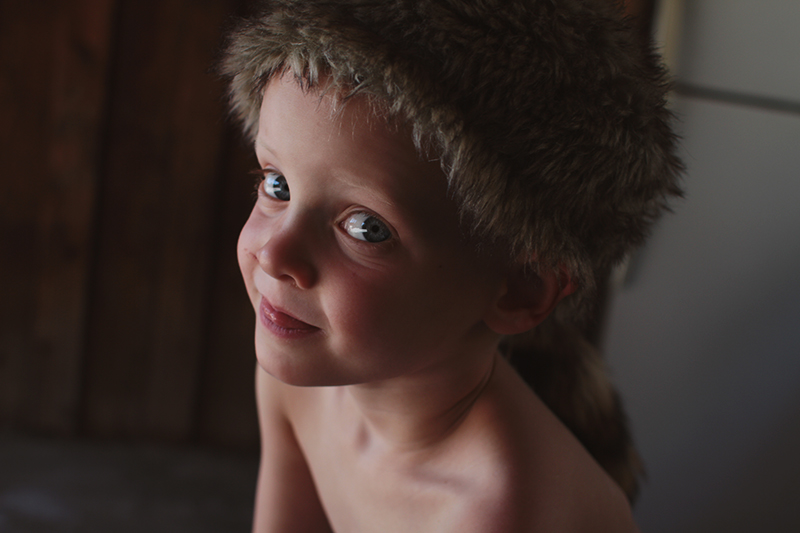 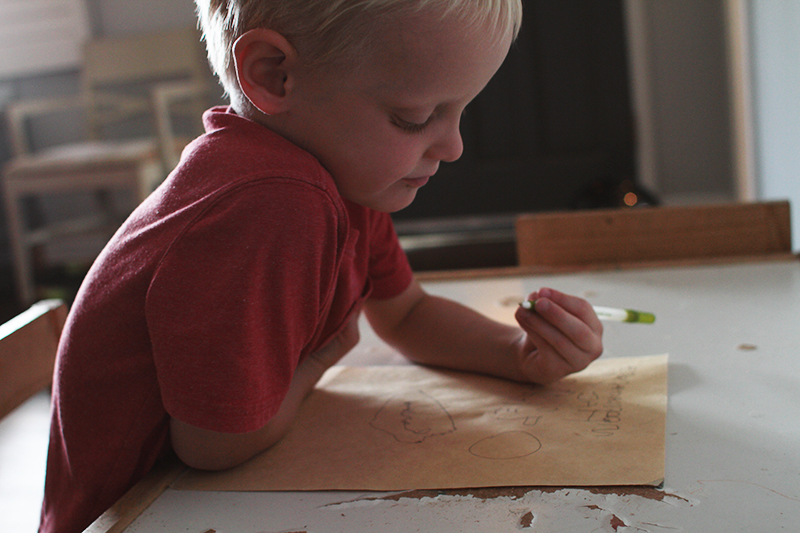 Grey has spent a lot of his time writing journal entries, letters, and lists of people he loves. To be fair, all of those things are basically a confusing jumble of letters. 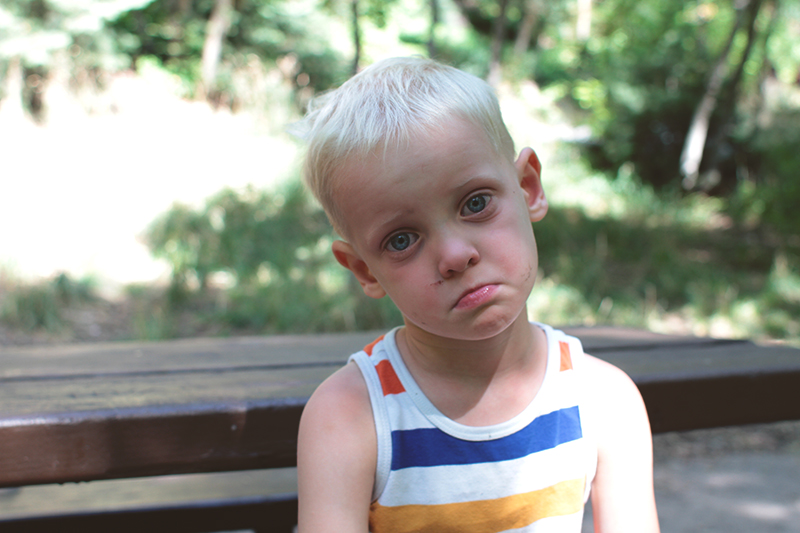 I don't remember exactly what's happening in this photo, but I'm pretty sure it had something to do with him insisting on wearing Saltwaters instead of Keens on his hike and then being unable to climb up a very steep hill with Micah. It's fun to say "I told you so" to children, because they take it really well. 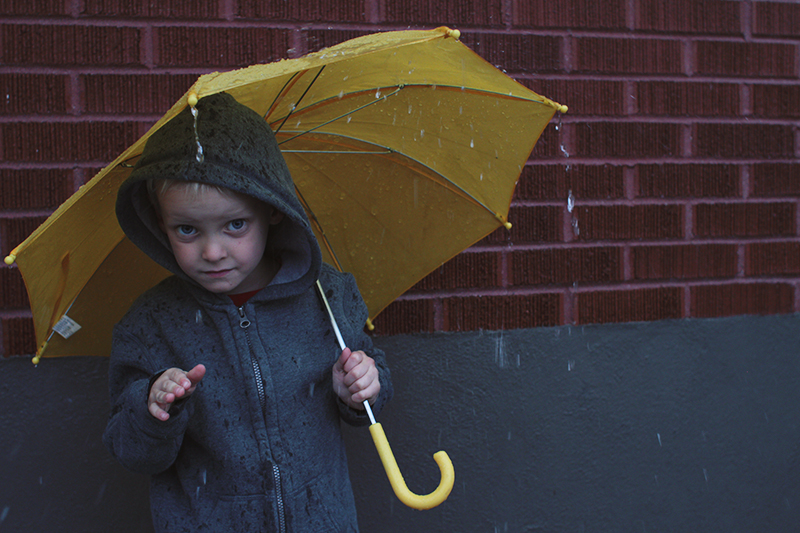 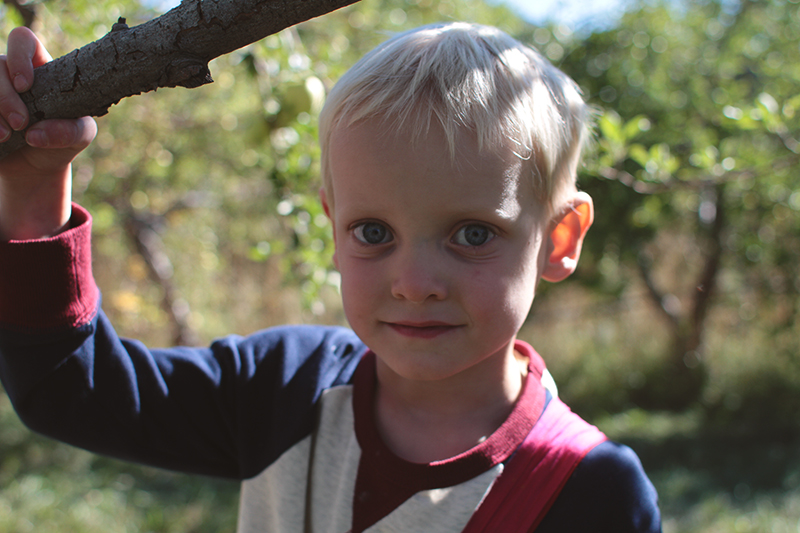 My handsome boy at the apple orchard. He is such a serious, thoughtful guy that photos of him smiling huge and cheesy are the ones that look least like him and least natural. 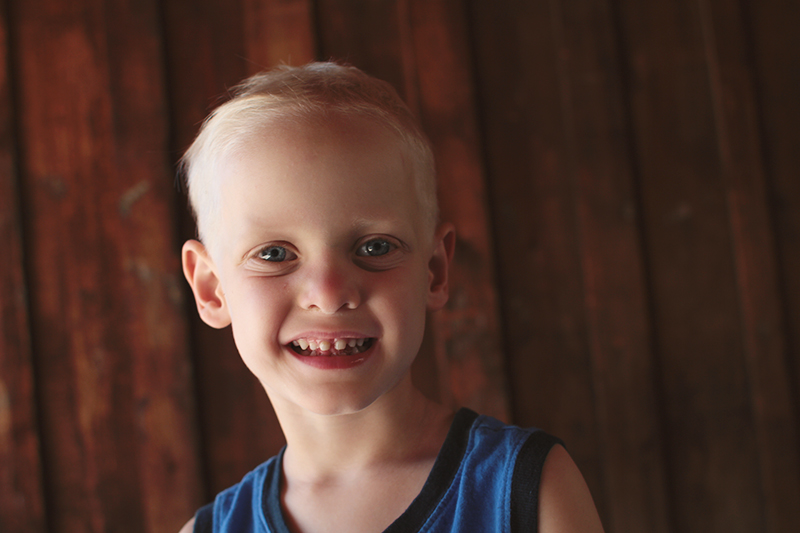 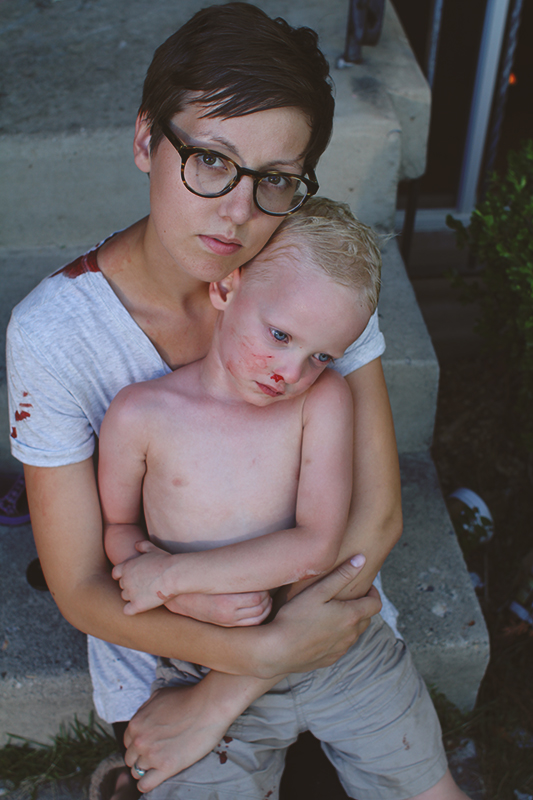 Micah got a frisbee in his face. In true photographer style, I requested "Can I take a picture of you?" seconds after it happened. He actually stopped crying, said yes! and was excited to look at this very pathetic picture. Yes, he tried to look extra pathetic for the picture. He's his mother's child after all. Also, yes. I'm covered in blood. 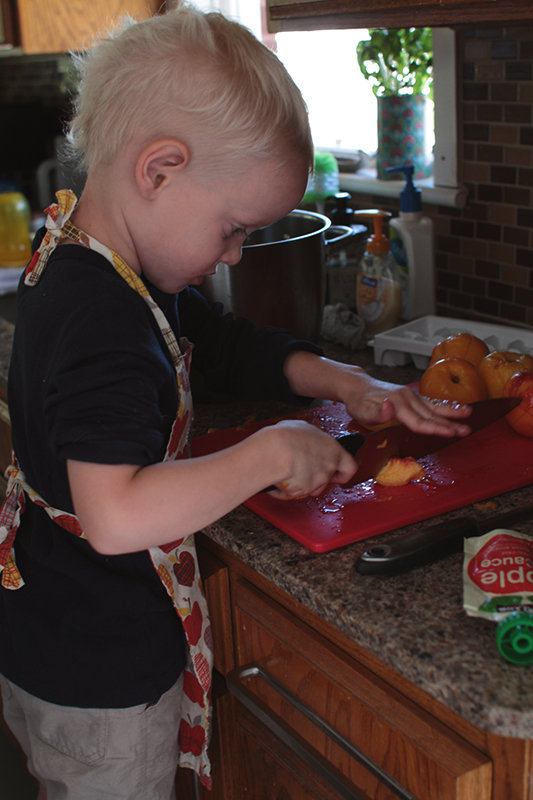 Micah helped me make peach jam, and was a very helpful chopper. I love as they get older, their "helping" is starting to actually be helpful! 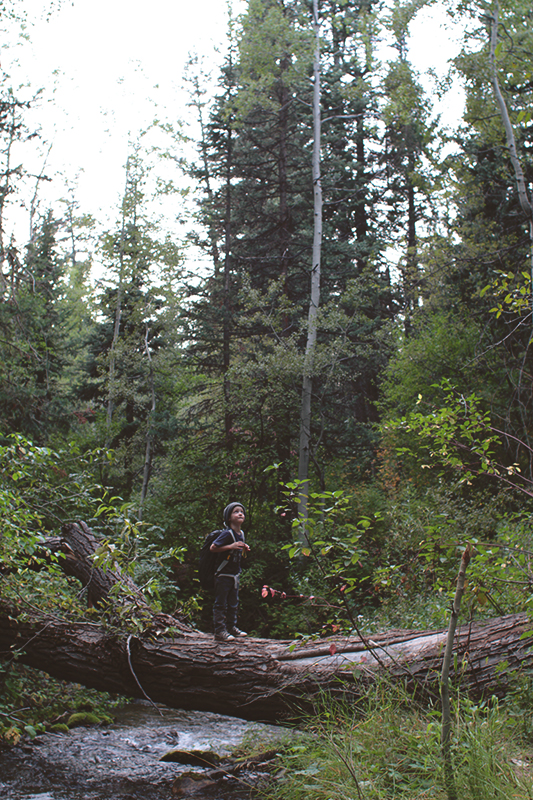 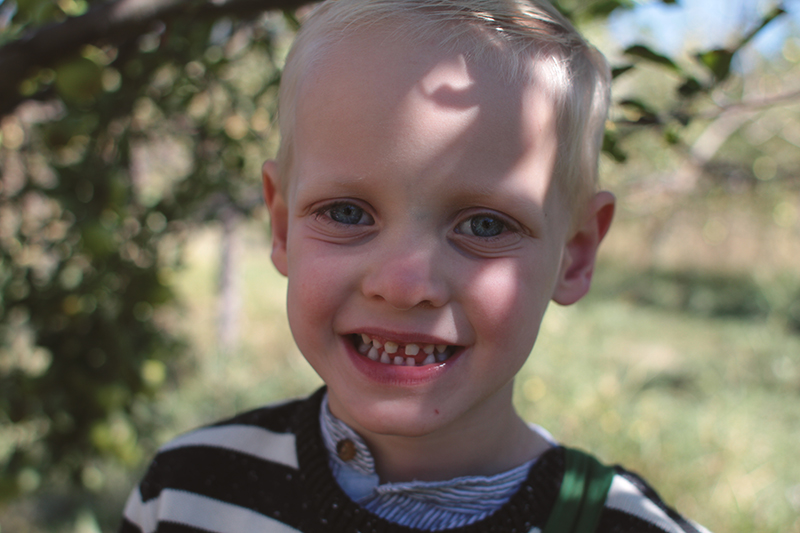 Unlike his brother, if Micah isn't smiling (or crying) in a photo, it hardly looks like him. He is my happy, passionate boy! 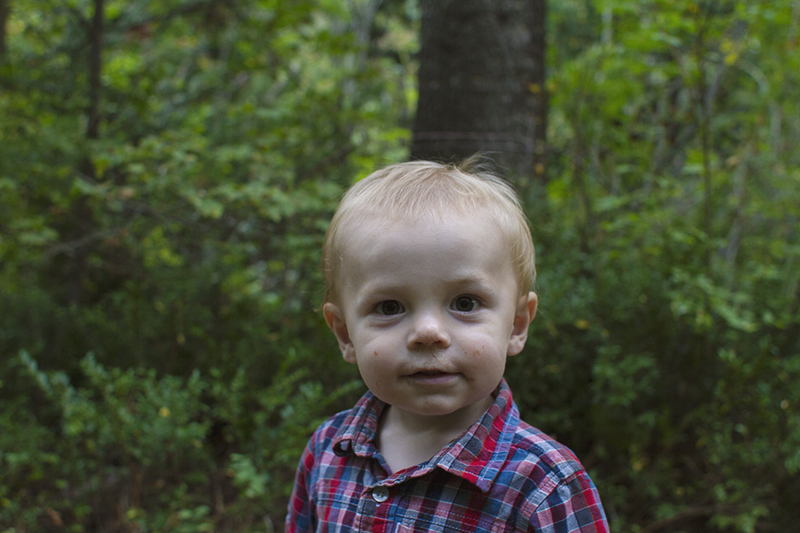 Almost every picture of August here is the same! Messy-faced in nature. I guess we know what he likes. 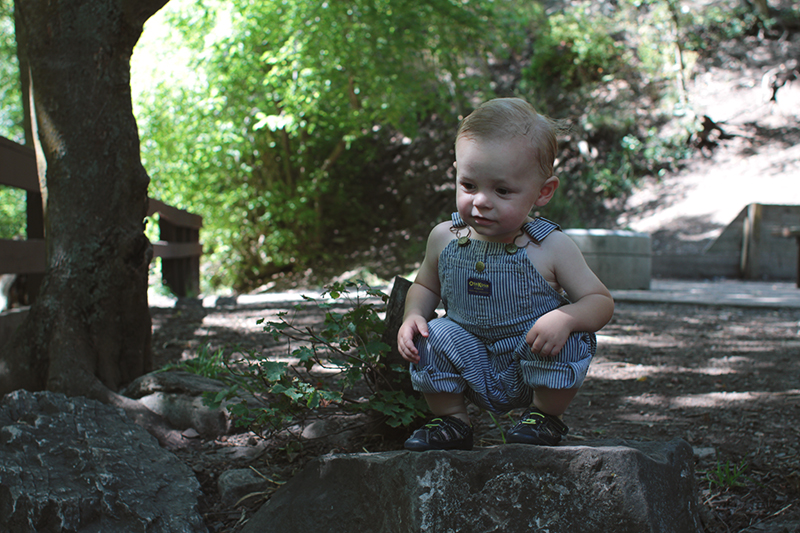 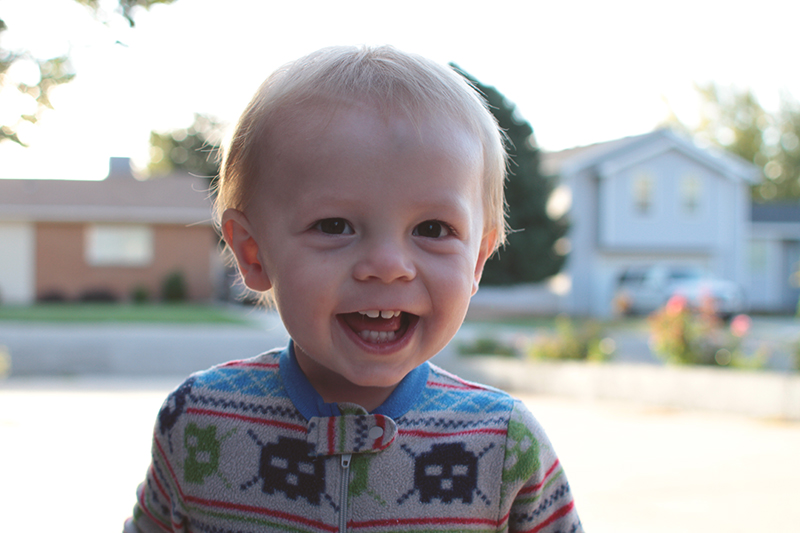 Just running around in the his pajamas, trying to escape bedtime. (And succeeding admirably! I never want to put this cute boy to bed when he's so nice and happy!) 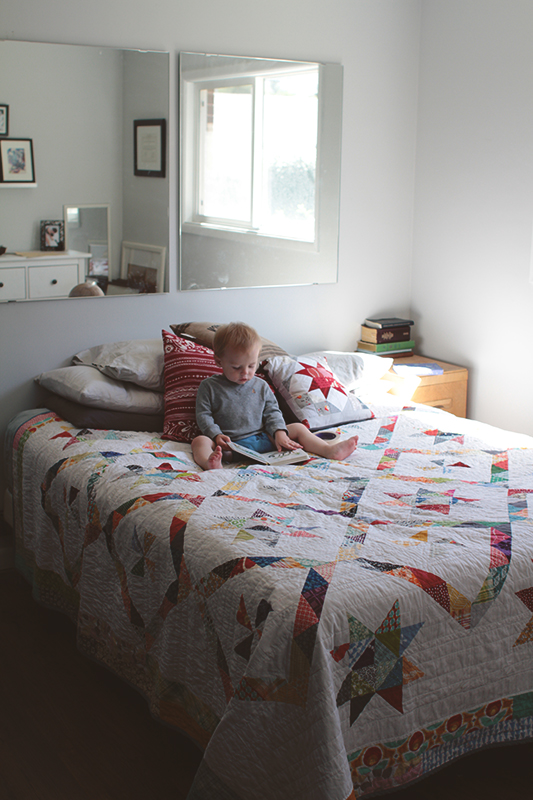 Just reading to himself. Which sounds like this, "Book, Book, Duck Book. Baaaa, Neigh, Duck, Duck, Doggie (panting) Book, Baaaa, Meow, Duck."
He's so good at reading, I could explode. 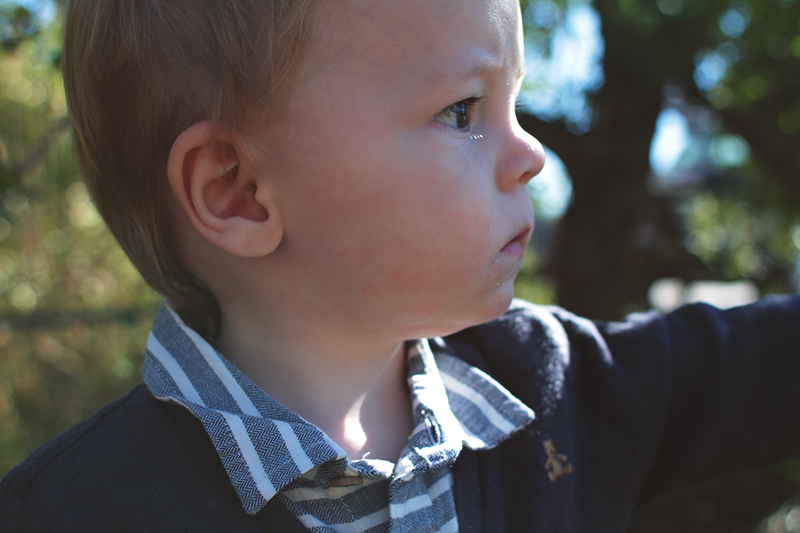 So handsome. So nice.

Wonderful! And what a good reader August is becoming!

Adorable pictures! I think you better send me the top one of the 3 boys so I can frame it.