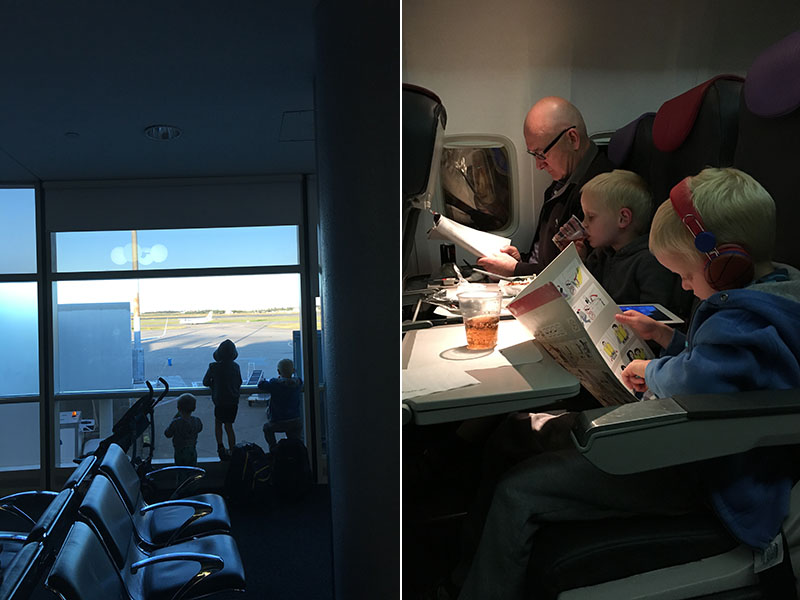 I am proud to say that we made it to Perth! Travis had a really full day on day that we left, so I was left alone to finish packing, load up our things and children, drive the more-than-an-hour to the airport (through a foreign country I'm fairly unfamiliar with, remember!) return the rental car, take the shuttle to the airport (with three kids and 6 bags!) navigate the airport, get on to our flight, and survive the six hour late-night flight with a baby who wouldn't sleep.
Aaaaand, I'm 12 weeks pregnant! So I want everyone to be very impressed with me.

Several people on the flight, including passengers and slight attendants, came over to compliment the boys on being so well behaved and to praise me for having such quiet, sweet children. I almost started crying every time someone said this to me, after the week I've had - being told what terrible demons my kids are and how awful I am at parenting.
The big boys were so friendly and funny talking to the man they shared their row with, and he was really kind. He kept offering to help them with cutting their food, untangling headphones, etc. It was such a blessing to be next to someone like him. It made the flight so much smoother, because I really could focus on trying to take care of August. 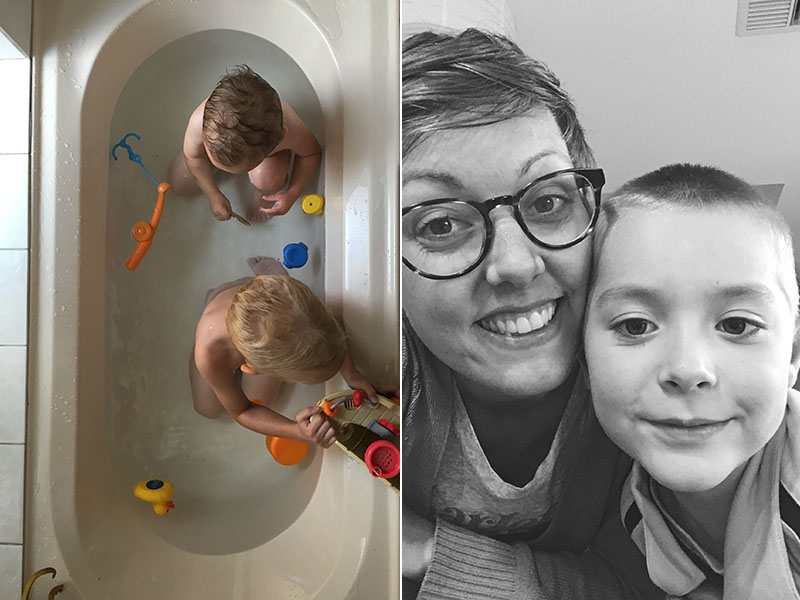 We were so relieved and happy to see Aunt Camille at the airport terminal. Finally, we felt a little less out of place.
The boys were hyper and excited the drive back to the Spencers, and practically hysterical with joy in the morning to find cousins ready to play, book shelves filled with books, a trunk of costumes and bins of toys!
It's been hard to entertain ourselves for the last month, and I wasn't sure which they were more grateful for: toys or friends!
Camille is the midst of a dance workshop in downtown Perth- so I was actually home with the boys (including Finn all day, and James when he wasn't in school) for the first few days- and it was actually really nice. It felt like getting home from a long vacation, to be in a house full of food and with a yard and driveway to play in. We got to rest and chill for a while before we dove back into being tourists. 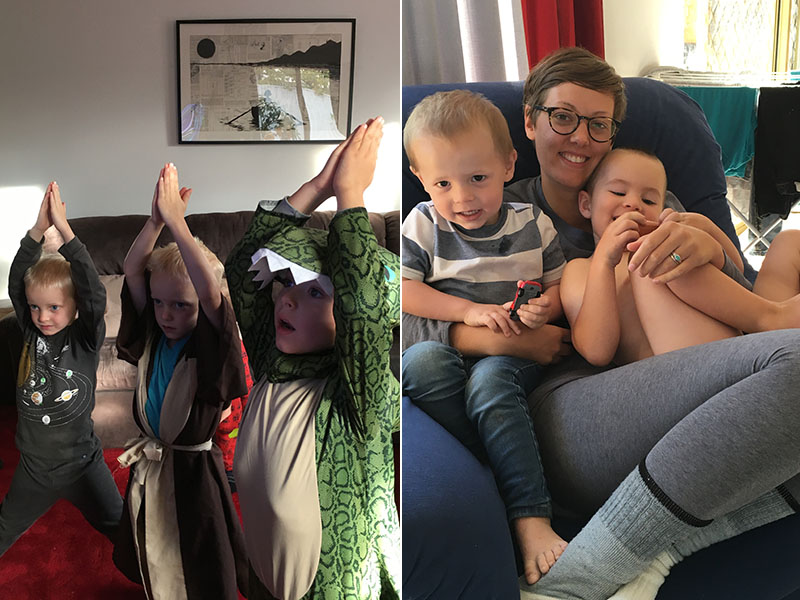 The boys (while crazy and wild when all together), are getting along really well, especially when James is home! He's such a peacemaker. He's so gentle and inclusive that whenever he comes home from school, everyone suddenly gets along really well again, even if they'd been fighting and crazy for the entire day. 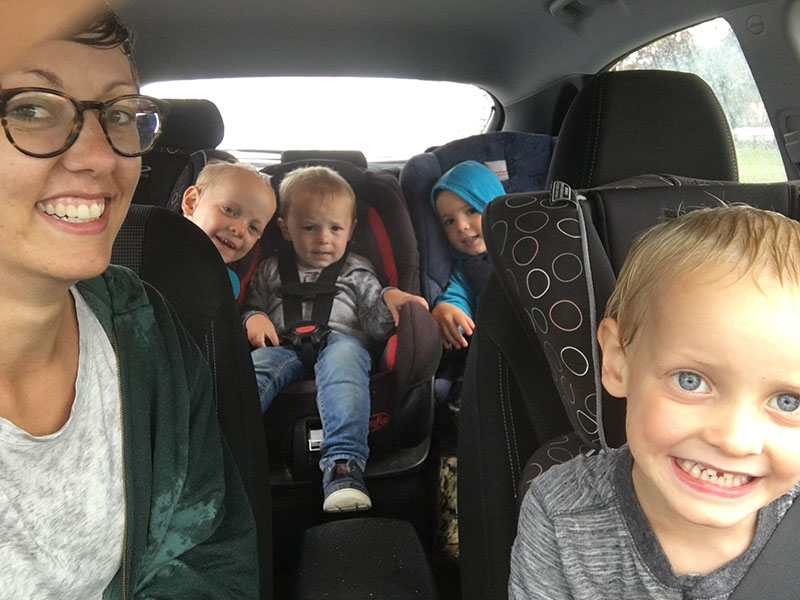 One of our first days in Perth, I decided to brave the park with the four boys. It was overcast and chilly, but I put everyone in sweatshirts with hoods- and figured we'd just come home if it got cold or started to rain. After a while, it started to drizzle a little- but the playground was under a canopy and everyone was still happy. The park emptied around us, and while it had been full when we got there - we were soon one of only two groups left. The sun started to shine again, and I was glad that we hadn't been fooled into going home to escape the weather.
And then- KABOOM! Suddenly, the weather completely changed and BUCKETS of rain started pouring down. The wind was so strong that it whipped the water under the canopy and soaked all of us! I started trying to gather kids- instructing them to start running towards the car, but everyone was frantic and freaked out, and worried about leaving the buckets, dump trucks, and water bottles that we had now scattered across the park.  So instead of running towards the car, they were mostly running in circles screaming! I kept trying to laugh and make jokes as I gathered them, hoping they'd see how funny and silly it was that we had to run to the car in such crazy weather- but the wind was so hard and loud, and the water was so cold that everyone was still hysterical. And my glasses were so wet that it was hard for me to even herd everyone effectively to the car.
After a good ten minutes, I finally managed to get everyone into the car (soaking wet!), and then I had to leave them and run back to the playground in the rain to gather all our toys. Of course, by the time everyone was buckled in and ready to drive home, the sun had come out and was shining again!
But then we were as wet as if we'd been wearing  our clothes in the shower, so it was time to head home.
We decided to spend much of the rest of the day making homemade muffins, snuggling, and watching some cozy movies. It's amazing how it really feels like late-autumn, early winter here while Coolum Beach was still so summery and warm.