Imagine me fist pumping and running around the house whilst chanting "Snow! Snow! Snow!" and you probably have a good picture of our morning.
In case you weren't sure... WE HAVE SNOW! Hurrah!
Okay, so it's not even a measly inch and it will probably melt by noon, but at least the boys got to crawl around in it a bit. 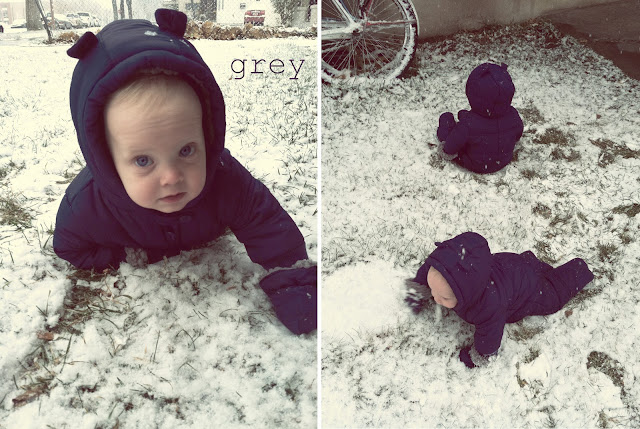 The above is pretty much how Grey feels about the snow. Actually, he seemed to like it, but he hates his adorable snowsuit because it's really hard for them to crawl or sit while they're wearing it.
So most of the time they're like the little brother from the Christmas Story, rolling around on their backs. (I can't get up! I can't get up!) 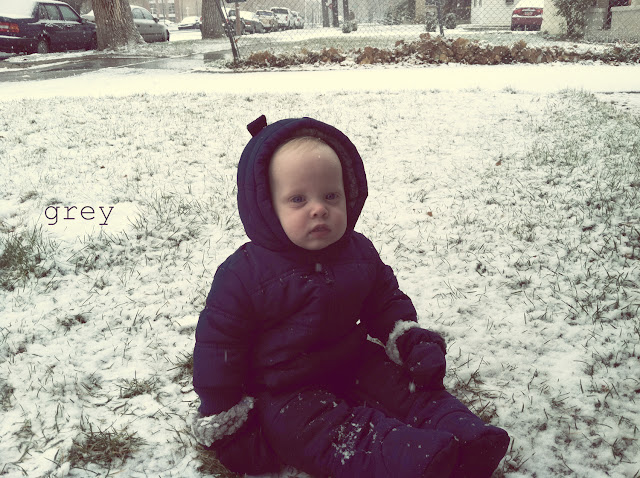 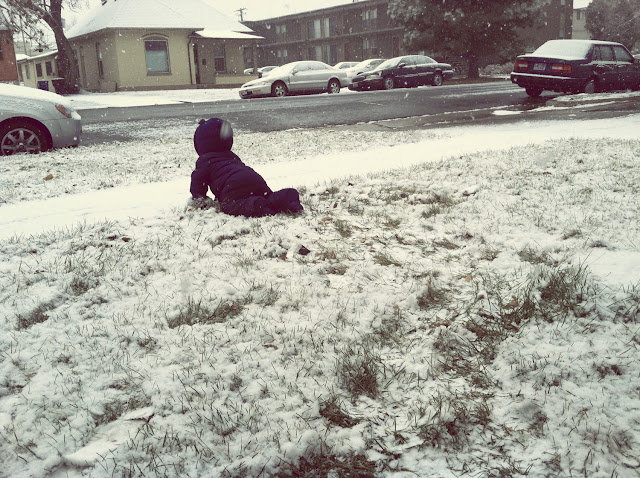 Micah figured out scooting pretty quick, and then decided that he LOVES the snow.
Good boy. 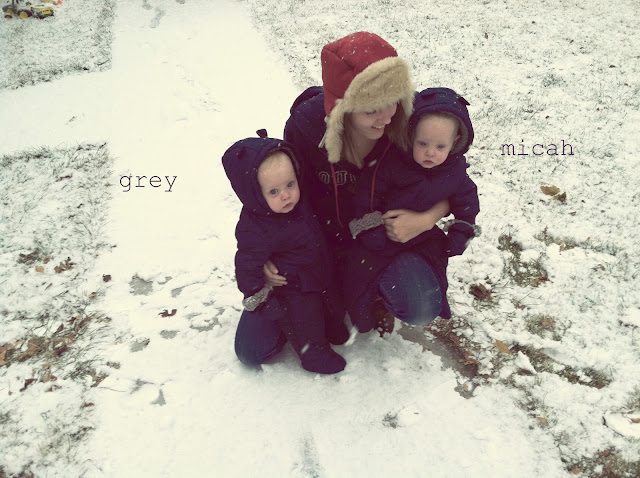 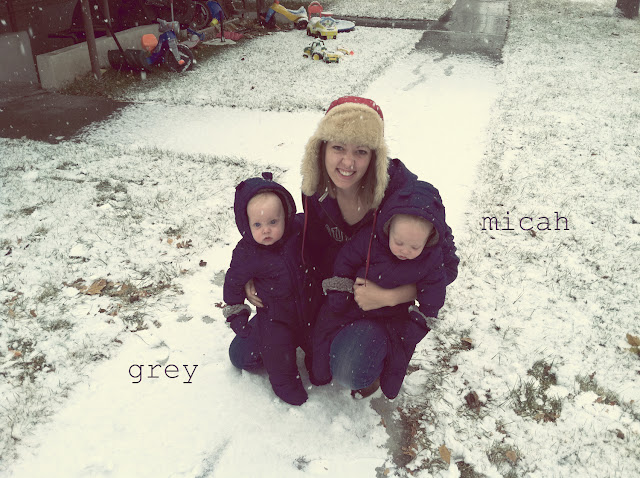 A kind stranger took our picture.  Thanks! 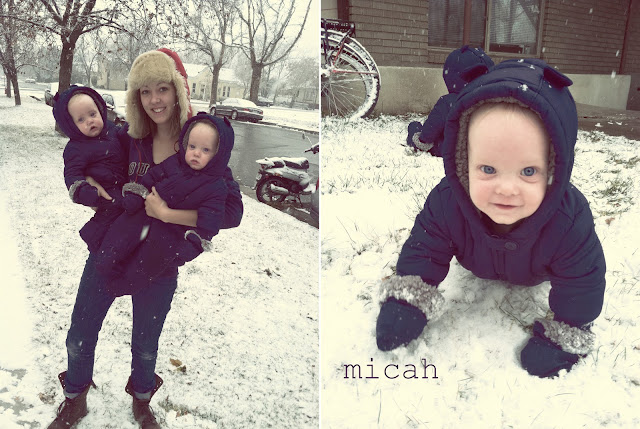 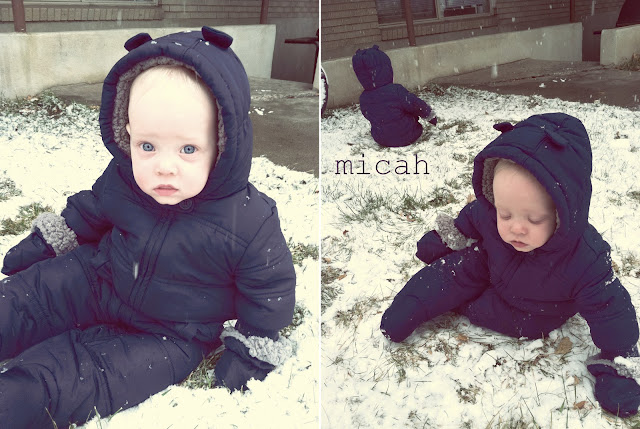 And then we bundled on up and walked Travis to work, since now that there's snow, he can't skateboard there... poor Daddy. 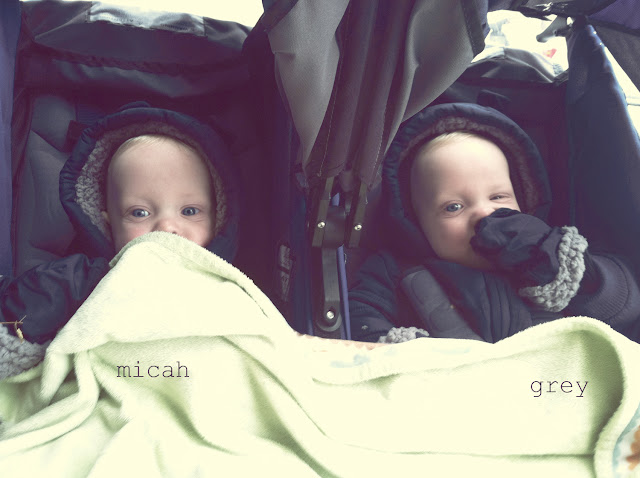 Snow lovers unite! A vote for Baby Making is a vote for SNOW!

I LOVE SNOW TOO!!! But here in Minnesota there isn't any in sight. In fact it isn't even on the dang radar. I am a bit perturbed. Celebrate snow for me too.

The family pic on the header Grey has his nose scrunched up just like you in the snow picture! Priceless!

I'm so jealous of your snow! The boys (and you!) look adorable - those snow suits are killing me! :D

Travis skateboards to work? With his briefcase? Haha! Life in Provo!
Darling photos! I love that they are crawling around in the snow! Look at their little square chins! Too cute!

I love the names you chose! Can't get enough of names these days...nor can I decide what to name my little one. But I just found this site celebbabynames.com. It's my new obsession. Just had to share :)