When I was a child, I knew that I wanted to be a mom. That was the end goal.
But I also knew that I would go to college, and probably get a job someday, too.

As far as I could tell, there only a few types of jobs. They were:

People who worked in stores (jobs for teenagers.)

People who worked in offices (unhappy.)

And then, the creative types.
Creative jobs were the following:

Musician: Classical musician or Rockstars only.

And teachers. Teachers fall somewhere in between the two categories, I guess.

Obviously, I knew that the only way to be happy was to be a creative type. I can't draw, even though I love drawing and tried to be an artist for years. I am HIGHLY incapable as a musician, despite my love of music. I tried to be an actor forever, (remember?) I even filmed several movies, in which I was the main character. No, not as a child. As a freaking teenager. I was WAAAY too old for that.
So I had to be a writer. And probably a teacher.

I studied English in college. After I'd been there for a while, I met people who studied things like "Graphic Design," "Photography," and "Culinary Arts."
Um, those aren't jobs. They're hobbies.
I took classes like "French and Italian Cinema." I got graded on watching foreign films! It blew my mind.

But it was too late for me. I was afraid to start my collegiate career over, and then I got pregnant, and had no reason to ever return to school. (Don't judge me. I hated school. Why would I go back, once I had a full-time job taking care of babies?)

But I didn't realize that everything is a job. You know when you're a kid, and people say, "You can be anything! You can be a doctor or a football star! You can be an author of a book, or even an astronaut!"

Why don't they say, "You can be a professional FACE PAINTER"?
(Seriously, people. My friend's father in law is a professional face painter. Like, in the big leagues.)

You can be a professional food photographer!

You can be in charge of a famous person's social media. YES. You could get paid to be on their Facebook and Twitter all day!

You can design children's toys. You can design fabric patterns. You can design the front of Huggies diapers!
Making jewelry!
Giving tattoos!
Taking pictures to go on the covers of books!
Thinking of taglines for movies!
Inventing Pinterest!
THOSE ARE JOBS!

Seriously, why didn't anybody tell me this? We could all be doing 100% exactly what we want and exactly what we're best at. And yet, we're churning out tons of lawyers and English majors and whatevers, and then we stumble along looking for meaning.
Because nobody told us that we could be anything in the world. You could be the guide on an African-Safari.
Don't you wish that's what you went to school for?

My husband makes films. But what he really does is this: He makes short form actualities, intended for online viewing, usually created for social betterment or to promote social organizations and entrepreneurs.
He studied film, and international development.
He isn't just a film major who couldn't find a job making transformers videos, or a documentarian who happens to work with lots of non-profits. He is doing exactly what he always talked about doing.
And he is crazy good at it. Because it's important to him. Because it's his niche. Because he knew that it could be a job, even if it wasn't yet.

And I am so proud of him.
And if he ever dies and I have to go back to school? I'm studying Interior Design or French Pastries.
My English degree can rot.
I have no use for that garbage.


Don't forget to enter the giveaway for a shirt, in which you can pick a fantastic future profession for your child: 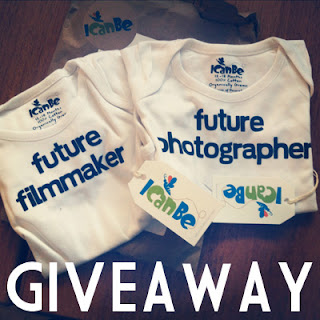 And PLEASE go vote for my babies on this silly Disney contest: 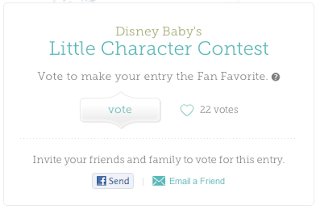 Posted by Becky Pitcher at 9:12 AM

Email ThisBlogThis!Share to TwitterShare to FacebookShare to Pinterest
Labels: essay, school, self, work

It is good that you pursue the things that will make you happy.

I was an English major in college and now I'm a writer and I love it. It is important to do what you love or you WILL be unhappy.

But, I would much rather just be home and squish my baby's cheeks than be in an office writing all day.

I LOVE this post. What you're saying is so true, and it is SO overlooked in today's world. Writing is what I love more than anything else in the world. So that's what I do.

Fortunately for me, that's something that most people consider a valid job. But when I have kids, if they love face painting or video game design or whatever else, I want them to know that they can do it! Because that's what this world needs more of. People doing what they love.

great post!!! one of the most important things I hope to teach my kiddos is they can be/do ANYTHING they want to...if they work hard enough and follow their dream. Your blog is fantastic:)

By the way you are an amazing artist, I can only do stick figures. I love the pictures you sketch and therefore frame them in my house. Don't cut yourself short Becky!

I love this. I think the world really is too focused on going to college, getting a degree, and then working in that field. That is a wonderful plan, but it's not for everyone and if it's not for you people seem to frown on it. My husband was going to school, but could never figure out what he wanted to do. One summer he went back to work for his dad, who owns a demolition business and he realized that was what he wanted to do. He didn't want to got to college and get a desk job. He wanted to be working out in the field, getting a dirty face, coming home with calloused fingers..the whole bit. But, some people didn't like this idea. I think people still expect him to regret his decision, but he doesn't. I love that he's doing what makes him happy.

Also, I knew of a girl that was a cosmetologist and she was quitting to become a welder. My cousin used to get her hair cut by her and the cosmetologist was like, "no one ever told me I could be a welder." But, as soon as she discovered that she jumped right in.

Why are we not being told we can do ANYTHING? I think we need to spread the word.

If I decide I don't want to be a pharmacist anymore, I'm going to be a designer too! We can open a shop where we serve French Pastries. Also, I am going to be architect, and I am going to be an adventure photographer, and I want to help rehabilitate young felons so the rest of their life isn't just banging their heads on society's wall. Oooh, and I want to own a B&B that caters to x-game types, and I should own a bike shop.

That is what goes through my head. Damn ADD.

Thanks Becky, if your dad decides to not be a pharmacist after the last 6 years in school you are both in big big trouble.

Oh Becky, you are so fickle. Just like your father. There are lots of choices in life and if you are lucky you can try quite a few. Please admit that your English has done you some good and prepared you to be a good writer.