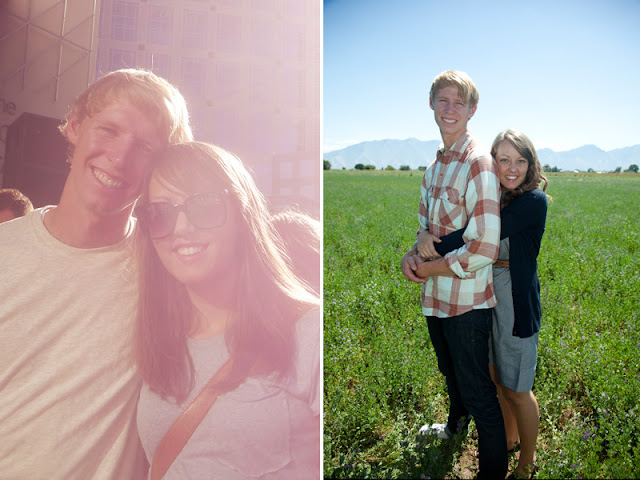 Today is Travis' and my anniversary.
So far, being married is almost perfect, but not quite.
Here are some of things that are not perfect about Travis:

1. As previously mentioned: Travis never remembers to cut sandwiches in half. Also, he doesn't spread toppings to the edge of the bread. I mean, what do you think? I only want the middle of my sandwich to have peanut butter on it?

2. Travis always leaves the milk on the table after he uses it. Always. And while we're on the subject, that man goes through milk like nobody's business. The four of us go through like 5 gallons a week. For reals.

3. He refuses to wear costumes. Why, Travis? WHY? I want to dress my entire family in coordinating Halloween costumes and you are ruining my plans!

4. He doesn't want me to spend excessive amount of money on parties that I throw for my own entertainment. I'm sorry if I think that I should be in charge of buying supplies for and then making awesome Harry Potter wands for everyone I know, and also owl-delivering wax-sealed invites to birthday parties for fictional characters... and by that I mean, I'm NOT sorry, and you should let me spend more money on felt, please.

5. Sometimes when he doesn't shave, his face is annoying and scratchy. And he looks like Shaggy from Scooby-Doo.


Okay. That's it. Those are the flaws in my otherwise perfect husband. Since I also only have five flaws, we are a perfect match. 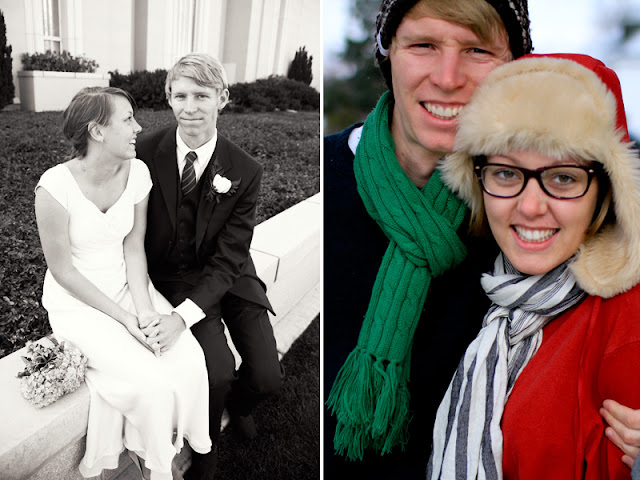 Here are five things about Travis that are perfect:

1. He is the best daddy in all the land.  He changes all poopy diapers that occur while he's home. He gets up and comforts babies in the night, and has fallen asleep on Grey and Micah's bedroom floor with a baby on his chest about a million times more than I have. He runs and chases, he is the horsey during horse play, and he always lets me eat my dinner while he chases our kids, and then eats after they go to bed.

2. He is the best husband that I've ever had. Also, the best husband that anyone has ever had. He takes me out for fancy dates, but he also knows that sometimes if we have a babysitter, I would like to go grocery shopping and then to the outlet mall - so we do that instead. He knows that I would rather have a new cookbook than a bouquet of flowers, and he pampers me with new cords and cardis, snuggles, and blueberry pancakes on a regular basis. He gets up early anytime there's something for me to get up early for, and almost always gets the boys up for breakfast so that I can sleep in.  And he is the best gift-giver of anyone ever. EVER. I spend so much time and effort trying to get him awesome gifts and he's like, "Oh, yeah... this is pretty cool. And here's your gift: BAM! FOOD PROCESSOR. BAM! IPHONE. " Then I die of happiness.

3. He is so good. I love that he he is often the one pushing us to get up and get ready for church. He is a praying, scripture reading, Priesthood holding Super Mormon. And it's not just that he is "spiritual" or goes to church regularly, but he is always helping and serving people around him, even those whom he doesn't know. On an annoyingly regular basis, he tells me that he's decided to do a video for free for a company that he "really admires" or because they're doing good somewhere, and he wants to help them make a difference, even if it means sleepless nights for him, and maybe a bit less time for paying jobs.  He is really a "bleeding heart" (as he once described himself). 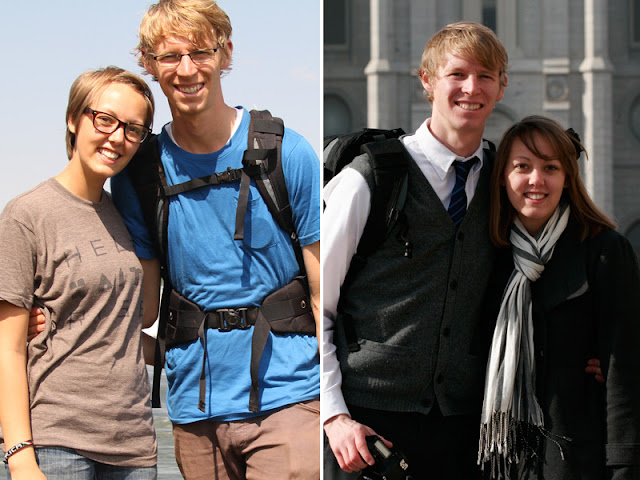 4. Travis is a very hard worker. When we were newly married, he was a full-time student with two part-time jobs (that were often full-time jobs with part-time checks), in addition to having a very needy wife. Then I got pregnant and I needed him to take care of me AT ALL TIMES, and he was able to graduate and get a very-full-time job, while also doing lots of free-lance work on the side. When the boys were newborns, he was working his full-time job so we could have insurance and salary, but he was also running his own new business (also, pretty full-time) so that soon he could quit his job and just run GoodLine. (And did I mention that he had newborn twins?) When the boys were like four month old, he did quit his job, so he could support his family while hopefully doing something that he loves - but in case you were wondering, running your own business is freaking hard work, and he still works more and harder than anyone I've ever met, and because of that - he is at the helm of a successful new business, something that is especially difficult now-days... apparently.

5. He is stylish. And I am not joking. Is that silly? I really appreciate that my husband would rather wear a well-tailored pair of cuffed green pants with thin grey shoes, than carpenter pants and bulky white sneakers. I love his Wayfarer glasses and his swoopy hair. I love his closet full of J. Crew sweaters, and I love when he says, "I really want you to try on this dress, because you'll look really cute in it." (I mean, what's not to love about that?)  I love that he has an eye for beautiful things because he's a full-time artist. I love that he fought me about wedding colors, that he can help me pick out quilt fabrics, and that no discussion is needed when it comes to couch colors (we both immediately agreed on a big red couch and a littler gray couch.) Man, I love a tall handsome man in a peacoat and scarf, and luckily for me - I have just such a man at my disposal. 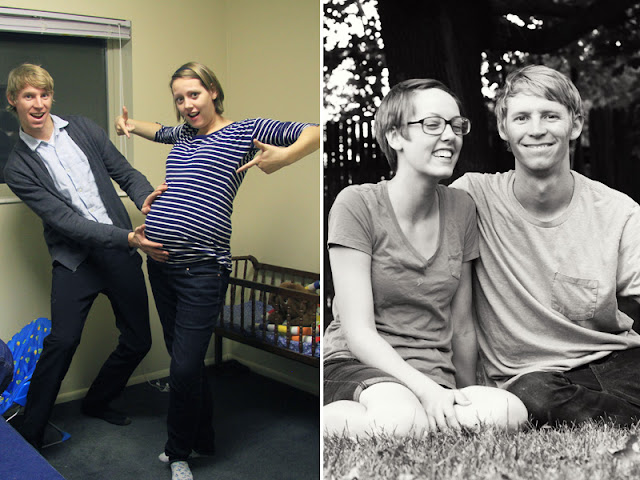 I love you, Travis. I am so lucky to have you and I happily anticipate the next three years, and all the years after that.

Posted by Becky Pitcher at 9:28 AM

This is so sweet. As I said before, happy anniversary!!!

Congratulations you two. Three years is quite the feat as I'm not even at 2 1/2. You do in fact seem like a great match. Good luck with many more to come.

Happy Anniversary :) You two are so cute. Here's to many more years of happiness for you both

HAPPY ANNIVERSARY!!! You are such a hilarious writer. I love it. This post was adorable. Congrats and CELEBRATE!!

Happy Anniversary!
You two are adorable and it gets better every year! :)