Welcome to the Beach House 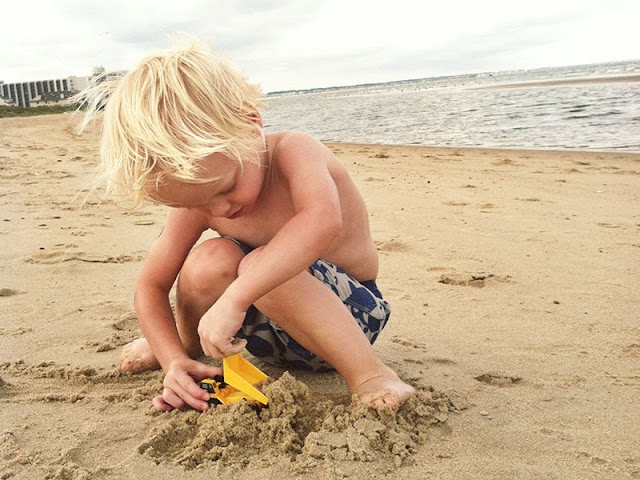 At first, our planetrip was better than I could have hoped. Sure, the boys weren't sleeping- but they were being quiet and well-behaved. Then, our flight got bad. Really bad. About two hours into a four hour flight, Grey threw up about a half-gallon of curdled milk, and because it was unexpected it covered himself, his seat, his blankies, Travis, the floor and when we got to the back of the plane he puked all over the bathroom and the flight attendants' station. Then Micah threw up too, though luckily it was mostly caught in a doggie bag.
It would have been so much better (even if not perfectly alright) if we'd been able to get off the plane and load up the car at the end of our flight. But, no. We had to carry our now-naked baby and a large bag of our puke-covered belongings into the Atlanta airport for a short and stressful layover. (Which mostly consisted of trying to wash our hysterical kids in the bathroom sink and then sprinting to the other end of the airport to make the next flight.)

Then we got back on a second plane for another couple hours. That ride was actually awesome, comparatively. The plane only had about a dozen people on board, so Travis and I each spread out across an entire row which a child on us. Exhausted from puking, tantrum-throwing, and NOT SLEEPING for the entire red eye the boys passed out and slept the whole flight.
Grey woke up 15 minutes before we could get off the plane and began screaming like a maniac for his blankies (which were covered in puke). He screamed (and was soon joined in screaming by his brother) all the way down the gangplank, and into the airport -where you could see the pity and relief of everyone we passed that these maniacal toddlers weren't on their flight. They screamed all the way down to baggage claim, where thankfully there was motorcycle on display, which distracted them.
So our flight was pretty hellish.
And all this puking was DESPITE the Tylenol and Dramamine that we took in advance to flying to avoid this very thing. Oh, my poor motion-sick children. I'm sorry I passed on this terrible affliction.

In other news, we have reached Virginia without a plane-crash resulting in a Lost-type situation.
I guess that's a silver lining.

But here's the real silver lining: a warm, still, empty bay with sandy little bars poking out and dolphins and naval ships in the distance.
My exhausted children, who scream in terror at the mere sight of the Pacific Ocean ran chest-deep into the water without skipping a beat. And when they were wet to their necks, they stripped off their clothes and lay facedown in the warm sand and wouldn't walk back to the house.
Oh, hello Virginia Beach. You are already worth the trip. 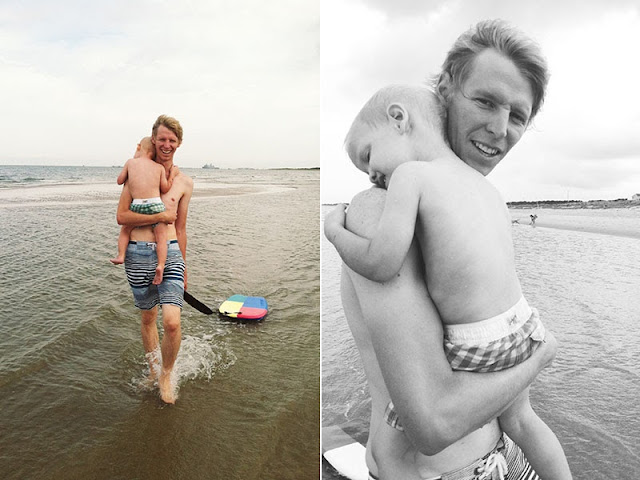 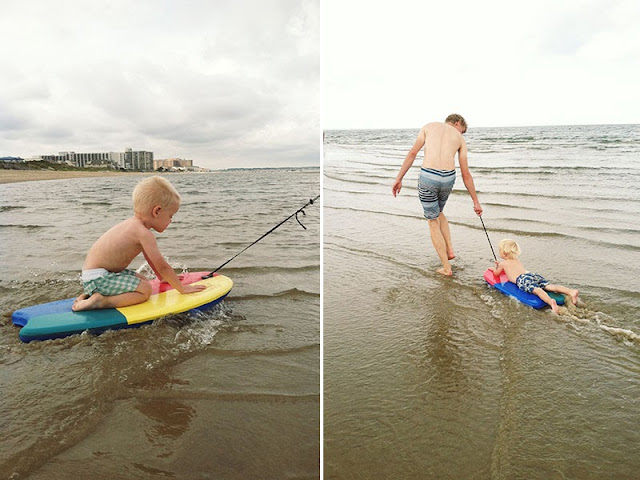 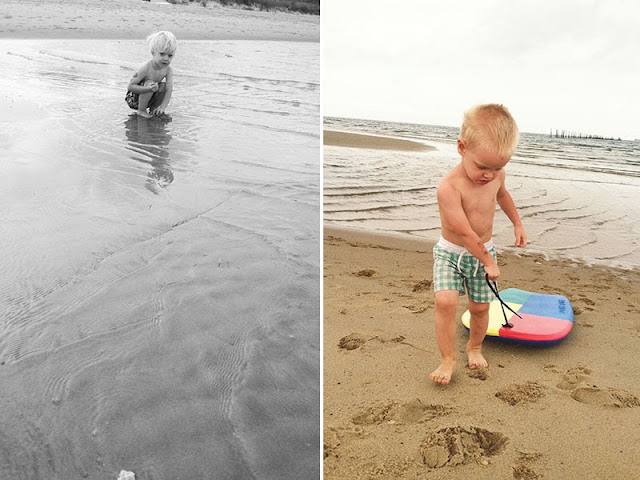 Posted by Becky Pitcher at 1:56 PM

I'll remember to ask for bags for my kids when they take their first flight! Have a fun trip!
Kim