This little brother turned 7 months old a few days before Thanksgiving, and since I was on an apparent blog-hiatus, nothing was ever posted.
But now, you shall have it. 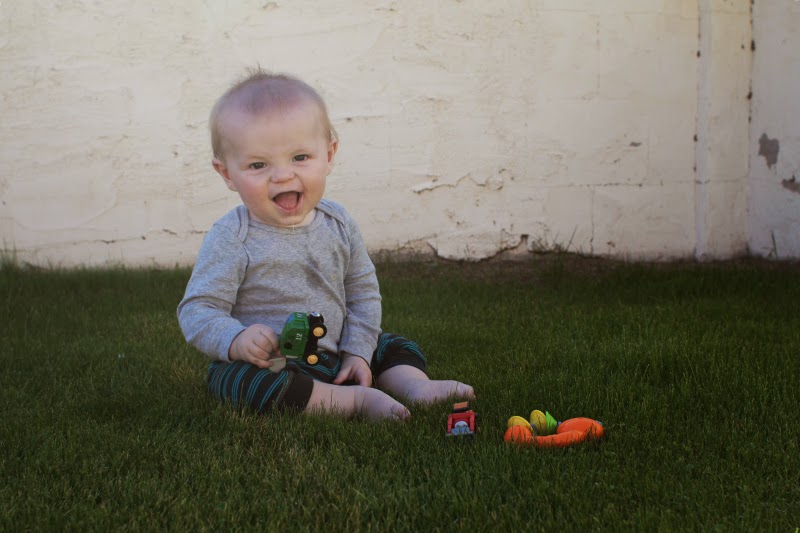 Seven months old, and August is just right. He's not quite as perfect as he once was, but he's gaining in spunk and personality, and he still rarely cries or fusses- but spends the majority of his time laughing. He's been a bit of a stinker lately, especially when you lie him down to sleep at nap time. You don't even have to lie him down in his bed and leave before he starts freaking out. He just needs to see that you are walking towards the bed and he'll start to scream, and then if you stop or turn around, he'll start laughing in semi-hysteric relief.
It's very cute and annoying. 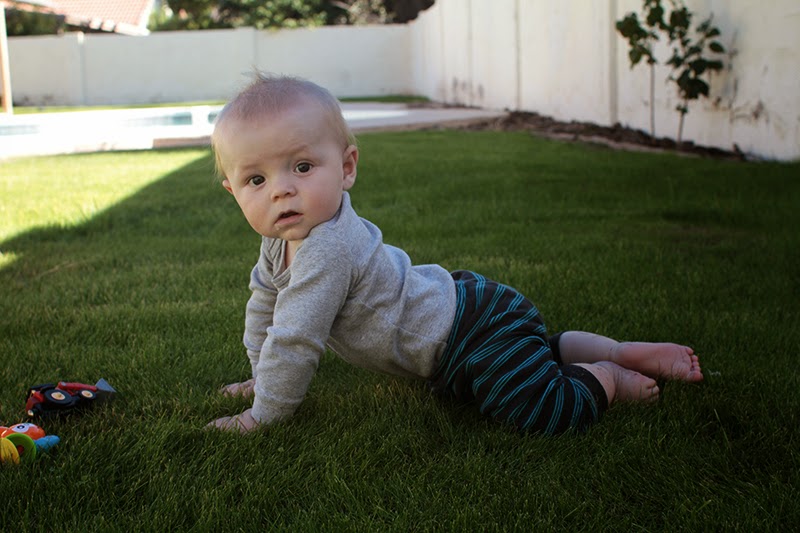 I think that Travis is partly to blame because Travis always rocks him to sleep instead of letting him put himself to sleep. (Even though August was usually happy to put himself to sleep.) But August also has a pretty good excuse, because today he got his first tooth! I guess being a bit whiney is understandable.
And August's glad to have that tooth, because he LOVES food. He would rather have food than breastmilk, and he would rather have food that he gets to chew than just applesauce or pureed anything. So he eats lots of bread crusts, squash, sausage, orange and apple slices, and he was especially excited by the creamed corn at Thanksgiving. 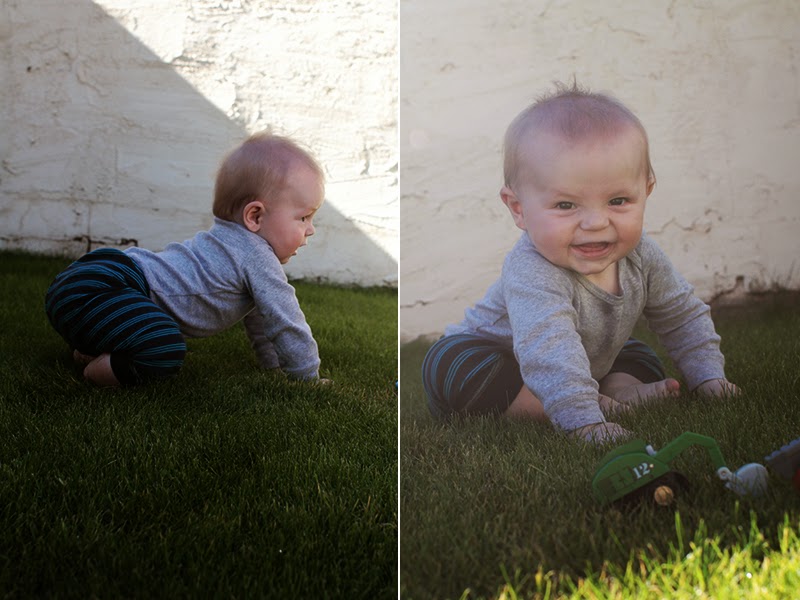 August STILL doesn't roll over, but he can pull himself up to standing, and get on to his hands and knees and rock back and forth. It was really nice being in my grandparent's house because they had carpet, and in the week that we were there August made serious crawling headway. Now we're home and he's back on wood floors, and he is constantly getting frustrated and jammed under furniture as he can only successfully slip backwards.

August also has started snorting in delight constantly.  He gets so excited that he pants and snorts like a bulldog puppy. But he does it all the time. Everywhere we go, he snorts and grins around so that people pass us and stop to point and smile because they just can't help it. He's so nice. 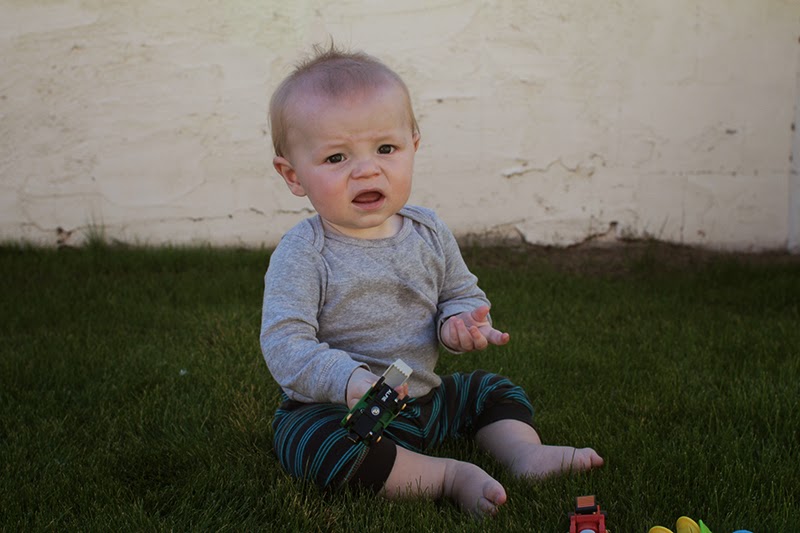 He is adorable! That last face is too great!